This Training Tweak Keeps Him Running At 70

A distance runner uses what he calls the Old Fartlek, a jokey variation on a classic Swedish technique, to go easier on his joints and muscles.

Drop the term “fartlek” into a conversation and you’ll know if someone’s a serious runner, Jim Miller says. Non-runners will react with a giggle. Runners will fire back more running lingo. 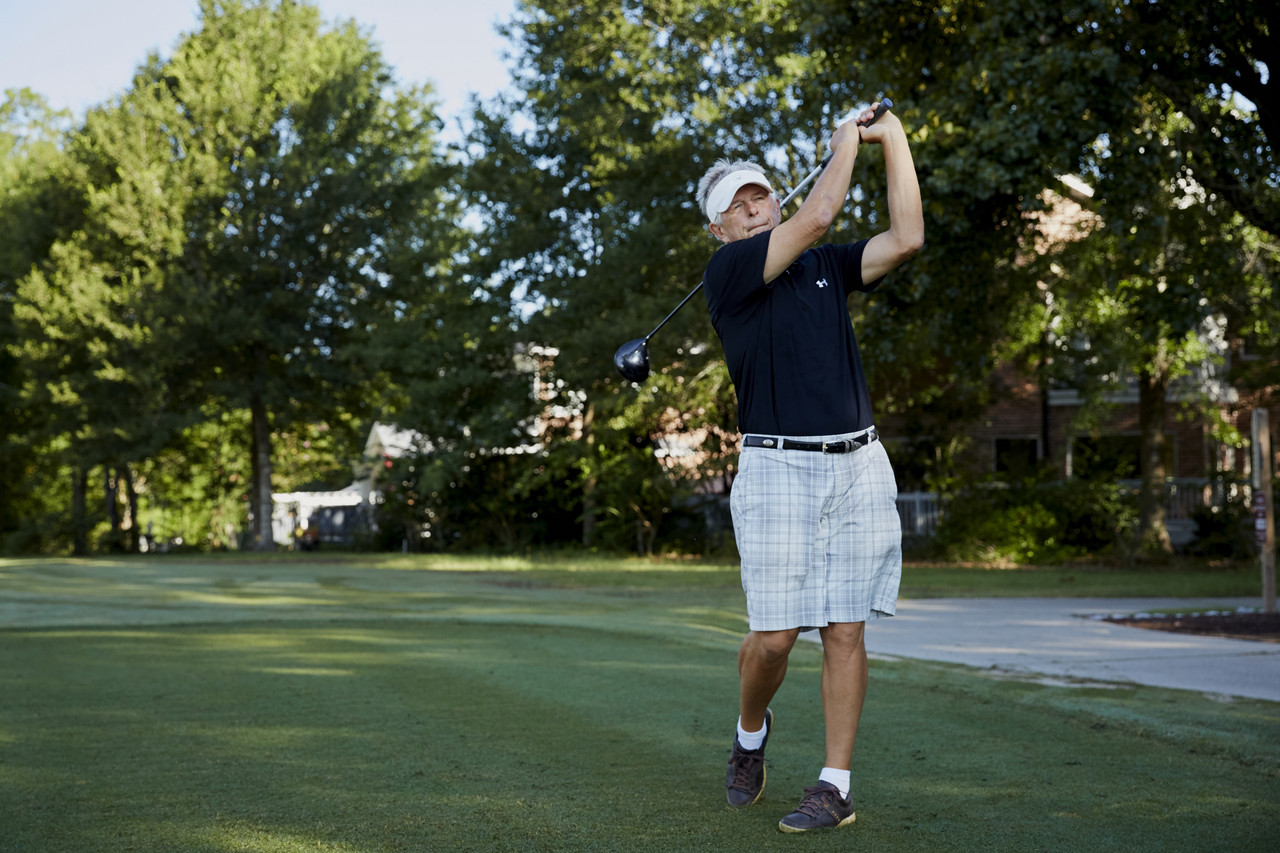 Swedish for “speed play,” fartlek is a training technique that emphasizes endurance and a faster pace. In the 1980s, when Mr. Miller was an active member of the New York Road Runners, it was the preferred workout for distance runners.

He used it to train for five marathons, running a personal best of 2 hours, 58 minutes and 28 seconds in 1984. A variation of today’s popular high-intensity workouts, the fartlek mixes periods of fast and slow running with no rest in between. A 10-mile training run might alternate between 2 miles at a moderate pace, then a ½ mile at race pace.

In 1986, Mr. Miller left his job as chief information officer for the National Football League’s labor-relations office to take a front-office job with the New Orleans Saints.

“Training in the tropics of south Louisiana prompted me to downsize my racing goals to the occasional 10K or 10-miler, but I continued to train using the fartlek method,” he says. He also worked for the Buffalo Bills and Chicago Bears and as the University of New Orleans athletic director.

Mr. Miller, now 70, says the workout was fantastic in his 30s and 40s, shaving seconds off his race times. In his 50s and 60s he found it did more harm than good. “The injuries sometimes kept me off the road for weeks,” he says.

By the time Mr. Miller retired in 2010, his running aches were affecting day-to-day life.

“My lower back hurt to the point that I couldn’t bend to weed the garden or wash the hubcaps on my car without pain,” he says. A member of a Mardi Gras krewe, or club, he could no longer stand on a float for hours to throw beads on the parade route. 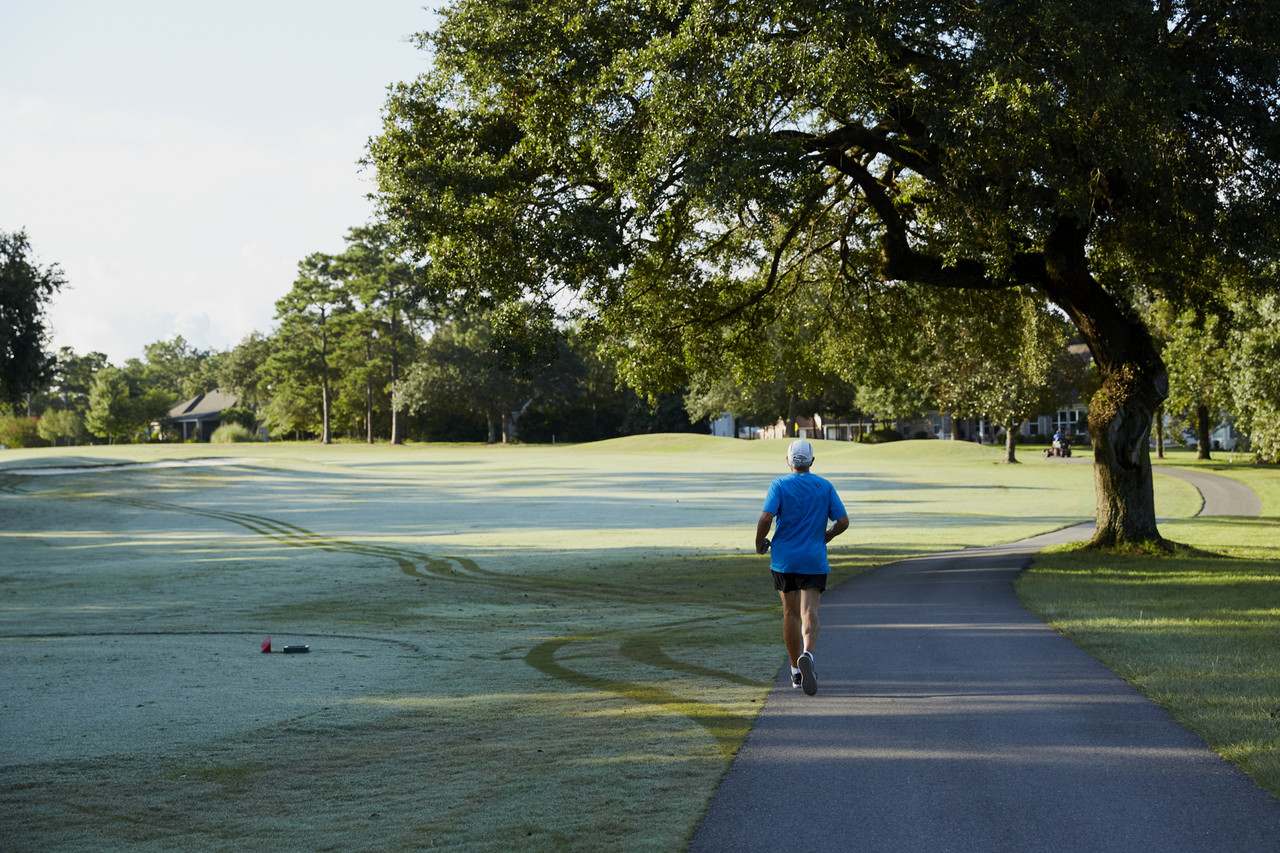 “I’d be bedeviled for days,” he says.

Mr. Miller stopped racing but wasn’t willing to give up running. “Of course, I’d like to still run a 36:30 10K, but as I got older, my body would let me know that I could no longer train at that level,” he says. He developed what he calls the Old Fartlek, an adaptation of his marathon training method for seniors. “I’ve come to accept my limitations,” he says. “There’s no shame in walking a little. It means I’ll be able to continue running later in life.”

Mr. Miller and his wife, Jean Miller, live in a golf-course community in Diamondhead, Miss. They wake at 5:45 a.m. to beat the Gulf Coast heat.

After a cup of coffee, they lace up their sneakers. His wife, 57, heads out for a 3-mile run while Mr. Miller stretches.

“I used to use the first mile of my run as my warm-up,” he says. “But as I’ve gotten older I’ve realized my body, particularly my back, needs some stretching and strengthening before I get going.” His 15-minute warm-up includes a series of planks, side planks, lower-back stretches and 70 push-ups—one for each year.

The running portion of the Old Fartlek workout is a modified version of his marathon workout. It includes a 1-mile jog from his house to a community walking path, where he walks a mile before jogging another mile back home. “That walk is really therapeutic,” he says. “It reinvigorates me for my last mile.”

He does the Old Fartlek routine a minimum of five days a week. “There will come a day when my Old Fartlek intervals will flip to 2 miles of walking and 1 mile of jogging, or even shorter increments, but that is the beauty of the workout,” he says. “It’s adaptable.”

Mr. Miller has a standing tee time of 9 a.m. and plays 18 holes almost daily. His wife joins him on weekends.

After his run, Mr. Miller has cereal topped with blueberries, strawberries or sliced bananas.

Lunch is cottage cheese with fresh fruit, like cantaloupe or peach. Dinner is typically Gulf Coast seafood, like redfish, or grilled chicken. A tomato, basil, mozzarella salad or a vegetable, like string beans or broccoli, accompanies dinner. Occasionally he has a rare steak.

Before dinner, he says he and his wife indulge with a drink.

“She’s a wine person; I’m a Kentucky bourbon guy,” he says. They both love dessert.

“There’s nothing better than a Reese’s Peanut Butter Cup Blizzard from Dairy Queen,” he says. 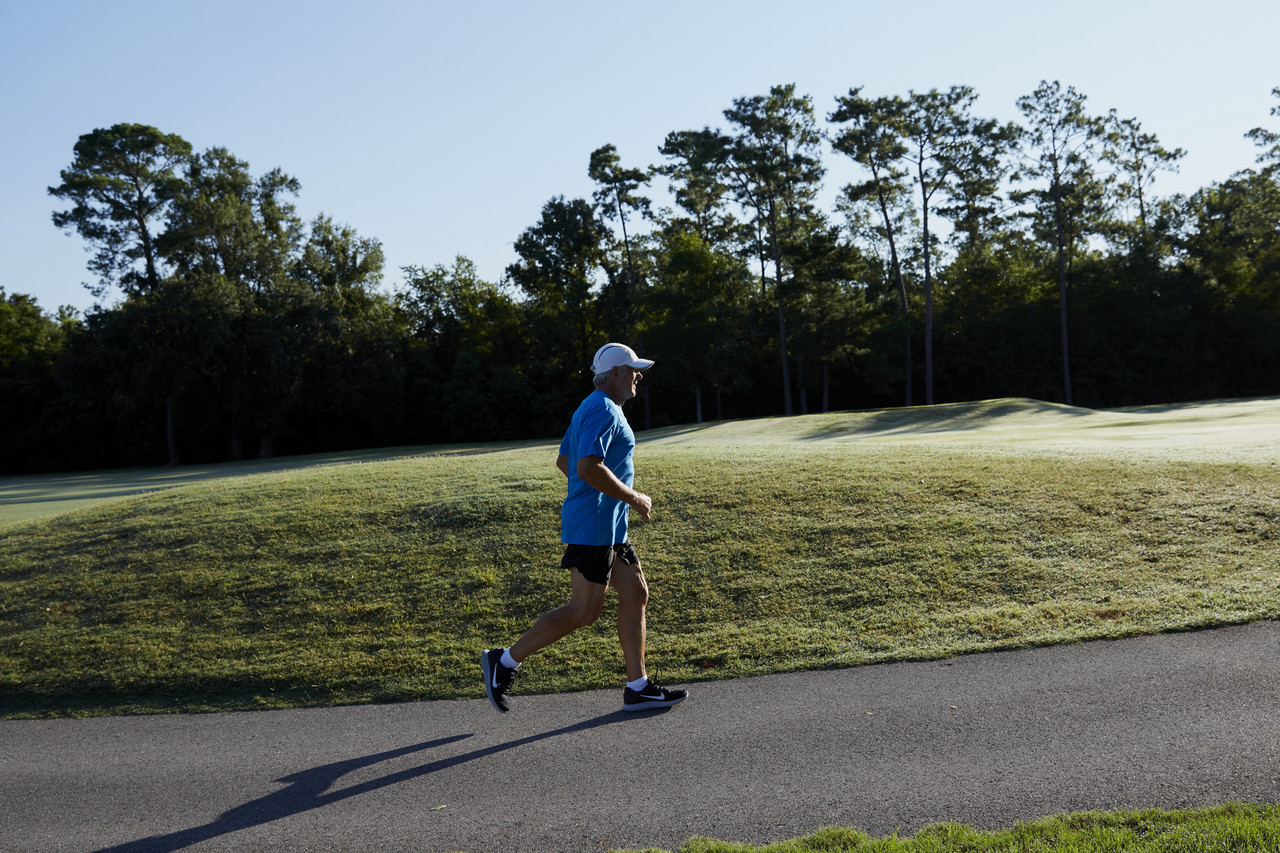 “I can’t listen to Tom Petty early in the morning,” he jokes. “My runs are my thinking time.” A practicing Presbyterian, Mr. Miller says a devotional in his head, then lines up all of his projects for the day on his runs.

STILL RUNNING AFTER ALL THESE YEARS

As we age, the key to strong running may actually may be less running, says Walter Hickman, a Fort Collins, Colo.-based running coach. “If you just run a lot and run hard, you need to do more than simply stretch to keep from getting stiff,” he says.

For older clients who like speed work, he says he adjusts time and distance to realistic targets and complements the workouts with gym time. “The more gym work my older runners put in, the more mileage they are typically able to handle with good form,” he says. 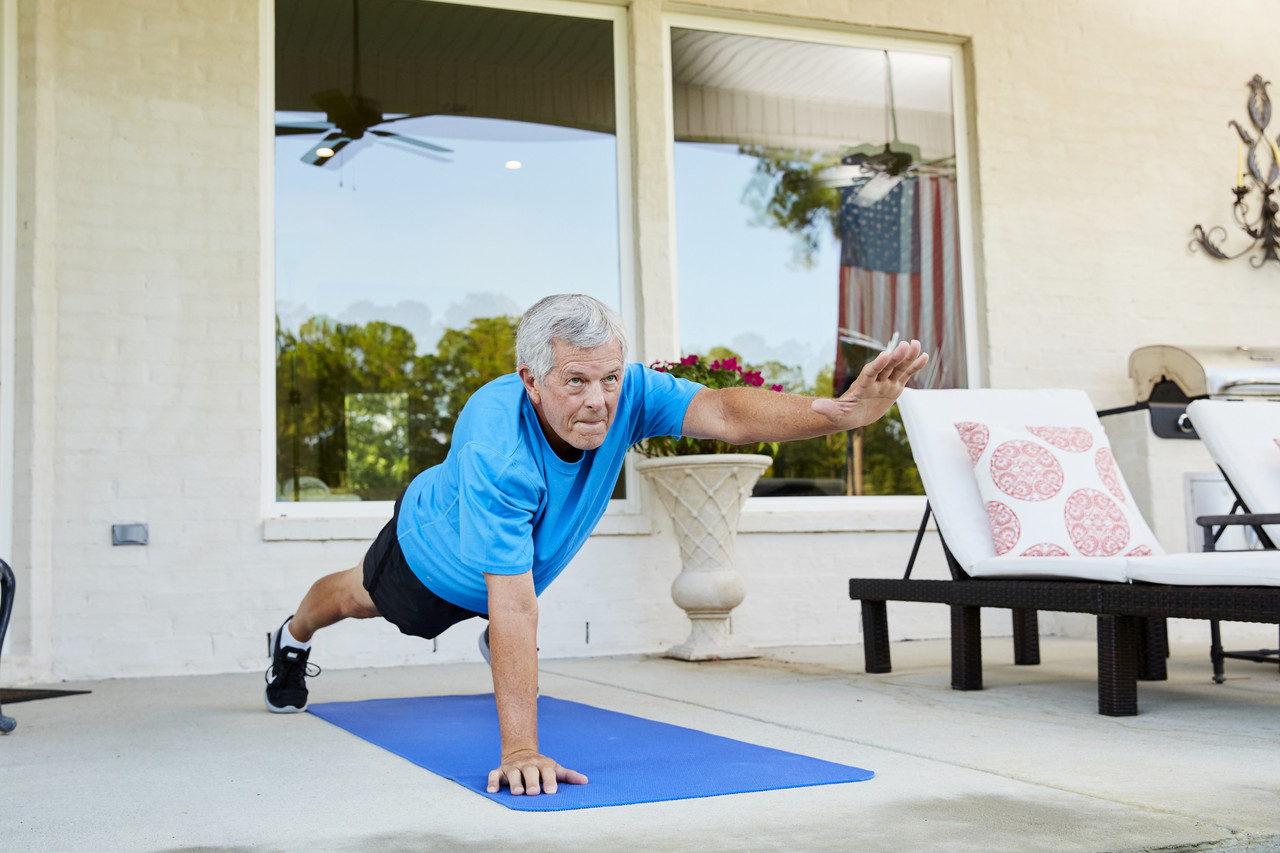 Mr. Hickman also suggests shifting part of that speed work to the pool, bike or rowing machine. “You get the same cardio response you get from running, but without the pounding,” he says. Speed work, also known as interval work, is typically performed on a track and is a very set workout, like four 1-mile repeats at a five-minute pace, with one-minute recovery between sets.

Fartlek workouts, he says, were designed to be more playful, cross-country-style runs where you accelerate and back off and the pace doesn’t vary drastically. “As we get older, fartlek workouts can be gentler on the body, as they aren’t about sprinting or going all out,” he says.