Trading activity has grown in CME’s bitcoin futures in recent months, along with the rebound in the cryptocurrency’s price. Is There A Big Short In Bitcoin? (#GotBitcoin?)

Hedge funds and other big traders are betting that bitcoin will fall, even as the digital currency has risen above $10,000 on a new wave of crypto-optimism.

That is the picture that emerges from bitcoin futures listed on CME Group Inc., CME 0.04% the biggest U.S. exchange operator. Futures are contracts that let traders bet on whether an asset—in this case, bitcoin—will rise or fall.

Hedge funds and other money managers held about 14% more bearish “short” positions in CME bitcoin futures last week than they did bullish “long” positions, according to a recent Commodity Futures Trading Commission report. 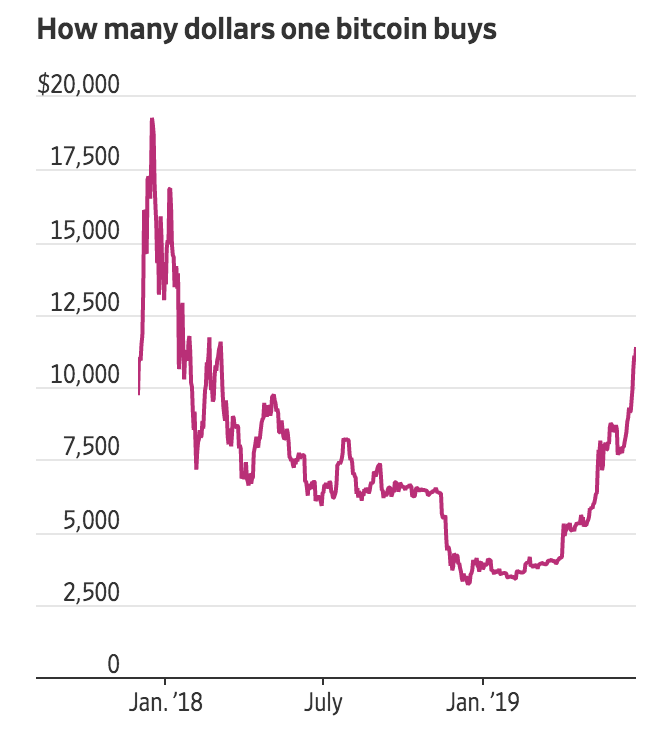 Other large traders were even more bearish. “Other reportables”—a loose category of firms that don’t necessarily manage money for outside investors—held more than three times as many short positions in bitcoin futures as long ones, the CFTC report shows.

So who is the optimist? The report shows it is mostly small investors taking the other side of the trade. Among traders with fewer than 25 bitcoin contracts, a category that likely captures many individuals placing bets in bitcoin, long wagers outnumbered short bets by 4 to 1.

“Traditional market participants may be more skeptical of [bitcoin] than millennial day traders,” said George Michalopoulos, a portfolio manager with Chicago fund manager Typhon Capital Management LLC, although he stressed that his views were speculative and that it is hard to know what is driving the CFTC’s numbers.

The CFTC report, which came out Friday, reflected the positioning of market players on June 18, when one bitcoin could buy around $9,000. The cryptocurrency was trading at about $10,900 late Monday afternoon.

Though it comes with a lag, the weekly CFTC report offers a glimpse into how various types of traders are positioned in bitcoin futures. Commodity traders closely follow similar CFTC reports on futures like crude oil, wheat and corn for hints of what is driving the market.

The CFTC data shows that hedge funds have been short bitcoin since February, though they recently pared their bearish bets. On June 11, short bets among hedge funds outweighed long bets by 47%, a gap that narrowed to 14% the following week.

Such data don’t necessarily mean hedge funds are placing outright bets that bitcoin will drop. The short bets could also be part of hedging strategies: for instance, a fund with a portfolio of bitcoins might go short at CME as insurance against the value of bitcoin dropping.

Trading activity has grown in CME’s bitcoin futures in recent months, along with the rebound in bitcoin’s price. In May, average daily trading volume in the CME contract hit a record $515 million, the exchange operator says.

One option is for them to borrow bitcoins from another trading firm, sell them and return an equivalent amount of bitcoins to that firm later—a process similar to how short selling works in stocks. But the difference is that, in the volatile bitcoin market, few firms are willing to offer that service to short sellers because of the risk of their customers defaulting, Mr. Corson said. 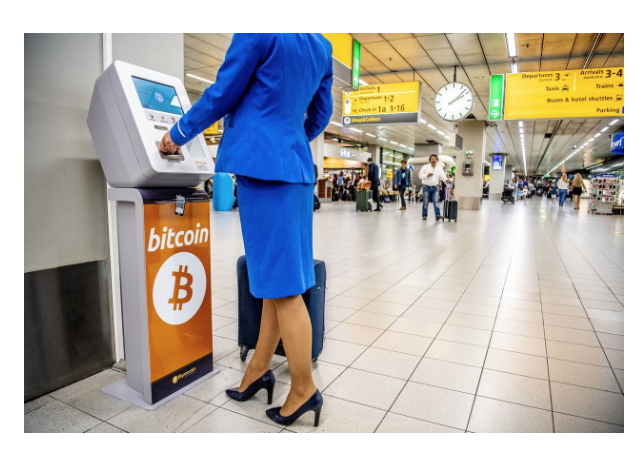 But CME is set to face additional competition soon. Intercontinental Exchange Inc., owner of the New York Stock Exchange, is set to begin testing of a new bitcoin futures contract in July. LedgerX, a startup trading platform for bitcoin options, plans to launch its own futures on the cryptocurrency after the CFTC said Tuesday it had won approval to become a futures exchange. And a group of prominent financial firms, including TD Ameritrade Holding Corp. and Fidelity Investments, are backing a venture called ErisX, which plans to offer both futures and spot trading of cryptocurrencies.

Volumes in CME’s contract remain a fraction of the billions of dollars’ worth of daily activity in the bitcoin “spot” market, where actual units of the digital currency change hands. But some recent studies suggest that the size of the bitcoin spot market is inflated because of rampant fake trading at cryptocurrency exchanges.

That should prompt traders to take a closer look at CME bitcoin futures, analysts from JPMorgan Chase & Co. said in a June 14 report. As a regulated exchange, CME bars wash trading—in which traders engage in back-and-forth buying and selling to generate fake volume—and violators can be subject to both CME and CFTC fines. That makes CME’s volumes more trustworthy.

“The importance of the listed futures market has been significantly understated,” the JPMorgan analysts wrote.