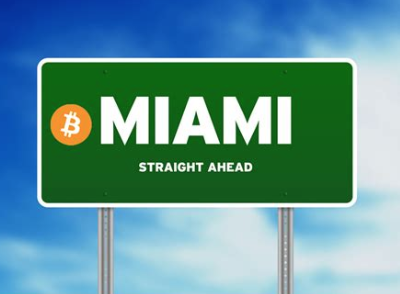 Announced by the Litecoin Foundation on Thursday, the partnership will kick off on Sept. 5 – the start of the 2019 NFL season – and sees the Dolphins accept litecoin as their “official cryptocurrency.”

In effect, that means that fans at home games at the Hard Rock Stadium will be able to pay with litecoin and bitcoin when buying tickets for the Dolphin’s 50/50 raffle, which gives half of proceeds to the Miami Dolphins Foundation and its charitable causes. 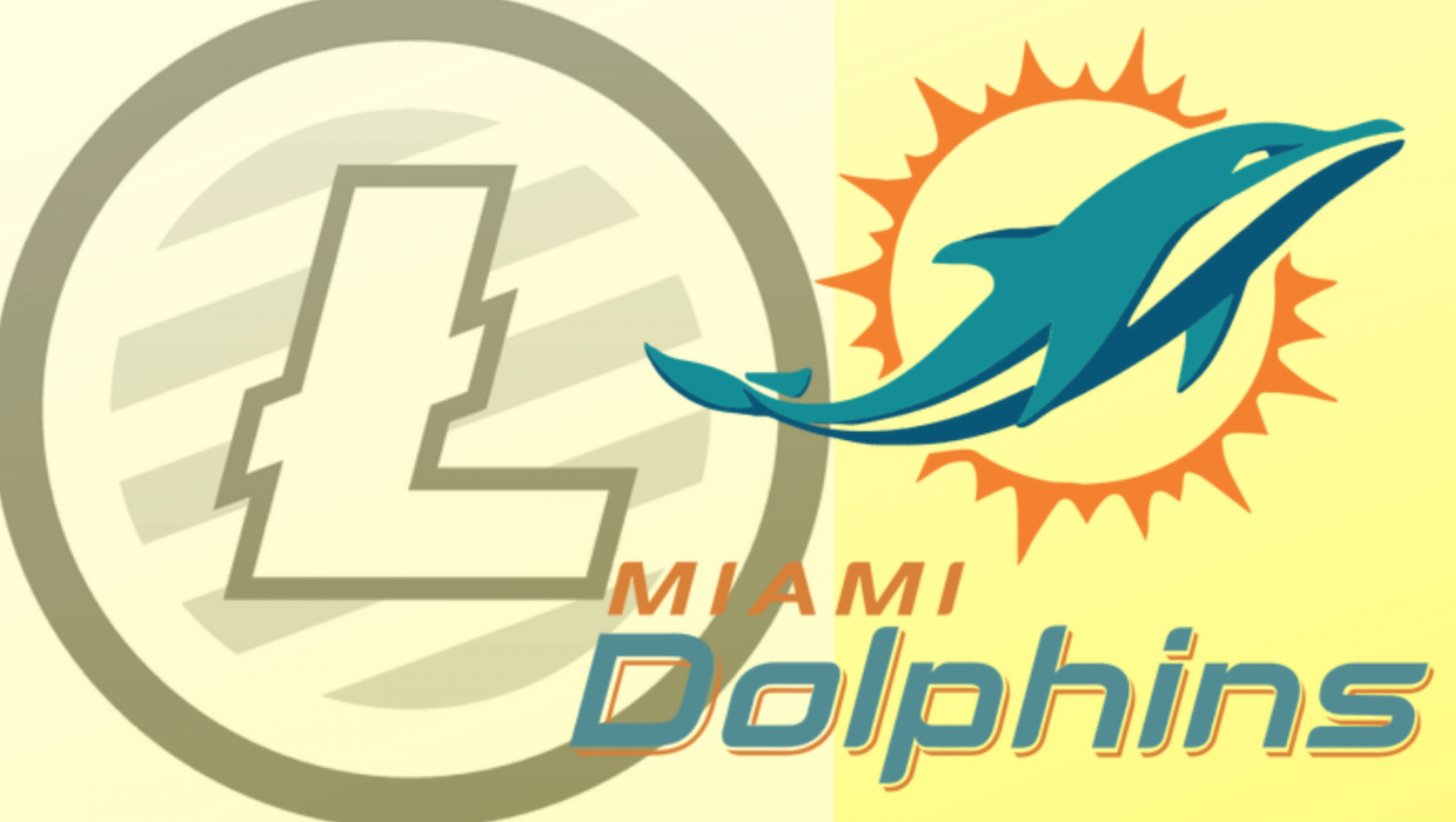 The crypto payments will be made possible by a third partner in the deal, Aliant Payments.

“This collaboration propels Litecoin in front of an audience of millions of people around the world at a time where adoption of cryptocurrencies continues to gain momentum and the ecosystem is able to support real world use cases in ways previously not possible. We see this as a powerful way to raise awareness and educate people about Litecoin and cryptocurrencies on a tremendous scale.” 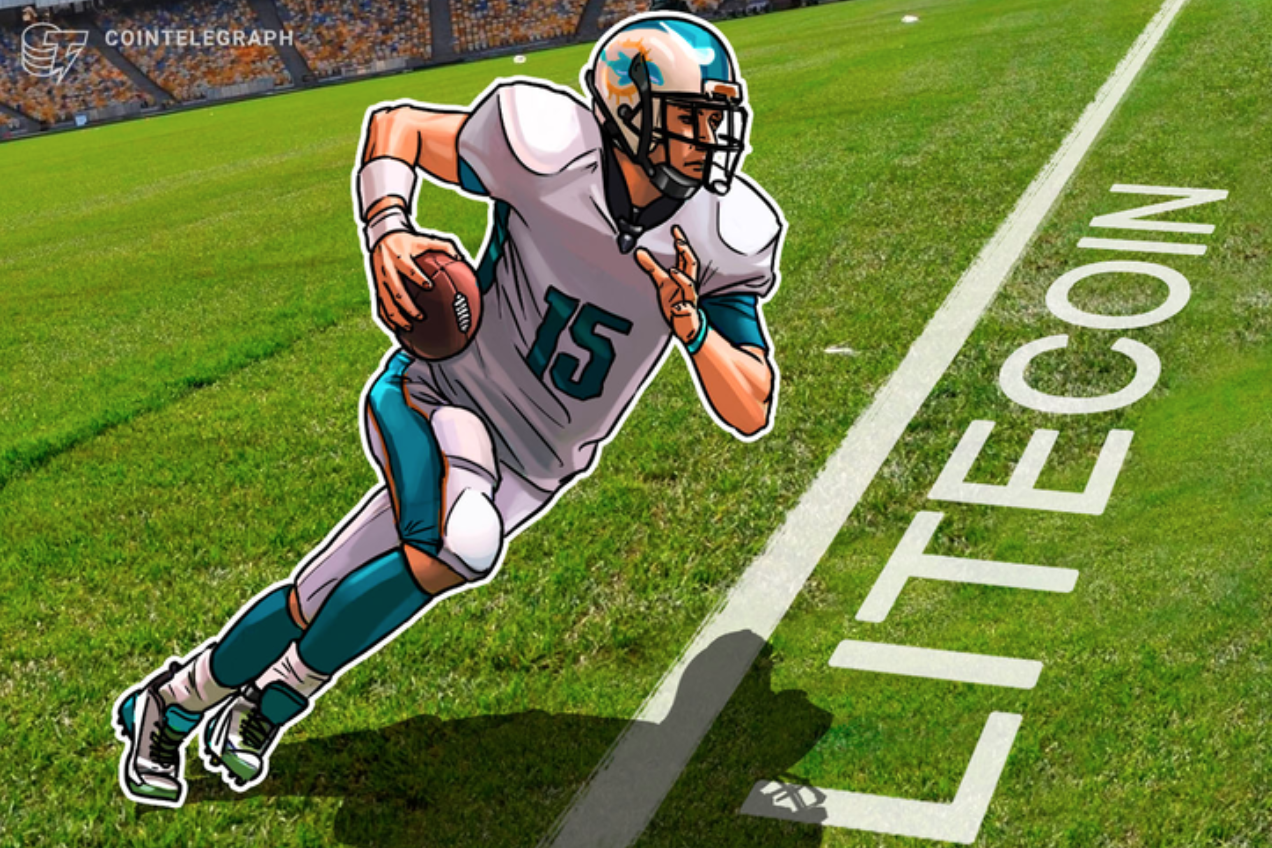 While perhaps a minor role in the popular pro football team’s money-making machine, the move marks the Litecoin Foundation’s latest effort to raise awareness about its cryptocurrency and the technology in general.

Last December, the foundation also partnered with Ultimate Fighting Championship (UFC), one of the leading mixed martial arts organizations, in a deal to display the litecoin logo on the canvas of the fight octagon at an event involving a former UFC light heavyweight champion.

The Litecoin Foundation has published two new draft Litecoin Improvement Proposals that work toward establishing privacy features for the network.

As the Foundation outlines, both proposals are targeted at mitigating the privacy risks associated with a transparent ledger, where transaction history can be publicly traced.

The proposal’s authors — Andrew Yang, David Burkett and Charlie Lee — argue that this transparency hinders Litecoin’s “functional fungibility in a government-regulated merchant world,” observing that:
“Personal identifiable information collected from IP address, exchanges, or merchants can be leaked then tied to your addresses. Also services, such as chain analysis, provide risk-scores based on whether or not any addresses that they have blacklisted appear in its transactional history. This results in some businesses treating these coins as ‘tainted’ and then sending them back to the owner, or worse yet, shutting down their account.”

To solve this, the Foundation is working on the integration of the scalability- and privacy-focused Mimblewimble protocol — named after a fictional tongue-tying curse from the popular Harry Potter novels.

Mimblewimble is in part a variant of the cryptographic protocol known as Confidential Transactions, which allows for transactions to be obfuscated yet verifiable so as to achieve both heightened privacy and the prevention of double-spending.

For these specific proposals, the authors envision implementing MimbleWimble as an opt-in new transaction format through “extension blocks” (EBs). These EBs run alongside main chain canonical blocks, at the same interval of 2.5 minutes on average.

The documents outline the functioning of this opt-in integration and the effects it has for transaction privacy, and exactly how the proposals tackle the interaction between coins in the EBs and the canonical blockchain.

As previously reported, the privacy-centric cryptocurrency Grin (GRIN) underwent its first network hard-fork this summer to introduce tweaks to its consensus algorithm in order to achieve greater resistance to ASIC miners.

Yesterday, Cointelegraph reported on comments from the CEO of crypto transaction tracking firm CipherTrace, who argued that the Financial Action Task Force’s crypto regulations will trigger a shift of criminal activity away from Bitcoin (BTC) and toward privacy coins.

Litecoin Foundation is partnering with Cred to offer interest on Litecoin (LTC) collateral, a Feb. 10 press release announced. Cred customers can lock their coins with the provider to earn up to 10% annual percentage rate.

Thanks to the strategic partnership, LTC holders will be able to lend their cryptocurrency at lucrative rates, similar to the various decentralized finance (DeFi) solutions on Ethereum. To benefit from the interest, a commitment of six months is required, with monthly interest payments in either fiat or cryptocurrency.

Other Cred partners such as Bitcoin.com, Uphold and BitBuy will also facilitate the credit process. Alan Austin, director at Litecoin Foundation, explained that the partnership adds an important use case for Litecoin:

“Strong use cases should be one of the most important considerations when evaluating cryptocurrency. In addition to Litecoin’s reliability, use for payments and excellent liquidity, the ability to earn interest at attractive rates through Cred’s platform further strengthens this use case.”

Part of the funds from the joint initiative will be used to help support Litecoin development. This comes amid recent funding inquiries, where Litecoin’s Founder Charlie Lee proposed a voluntary 1% donation to support the foundation’s work.

Cred is a global cryptocurrency-based lending and borrowing platform. It strives to create a worldwide network for accessing credit and maintaining a global credit history, using the LBA utility token to provide interest rate premiums. It was founded by former PayPal executive Dan Schatt, whom Cointelegraph recently interviewed.

Eddie Alvarez has been convinced to buy into Bitcoin by fellow former MMA champion Ben Askren, saying that he “can’t sit on the sidelines any longer.”

American mixed martial artist and former UFC lightweight champion, Eddie Alvarez, has bought one Bitcoin (BTC). In a tweet, May 7, he claimed he “can’t sit on the sidelines any longer.”

Askren is such a big BTC fan that he has even changed his Twitter handle in honor of the upcoming Bitcoin halving. As Cointelegraph reported, in January he also publicly labeled XRP “a scam.”

The Twitterverse Responds As One Would Imagine

Responses to Alvarez’s tweet were a mixture of welcoming and mocking. Mike Novogratz welcomed him “to the home team”, Saifedean Ammous enquired if Alvarez had received the copy of his book, The Bitcoin Standard, which he had sent…

And someone suggested that now he could buy drugs and nuclear weapons on the darknet, to which he responded, “Sweet can’t wait !!”

Alvarez was also asked, did he “just pay 9k for A BITCOIN.” He confirmed that the actual price was more like $9,800, but that:

“I don’t care about the value now or in the near future, it’s a long term hold, not a cash grab.”

Litecoin Gets Bullish Speculation, At Last, As Upgrade Approaches

The cryptocurrency litecoin is often referred to as the silver to bitcoin’s gold. This year, litecoin investors might have been better off staying in the analog world: While bitcoin has gained twice as much as gold, litecoin has barely kept up with silver.

Some investors now foresee a rally developing in litecoin prices, with a key upgrade looming and signs that activity is increasing on the blockchain network.

The upgrade will put in effect a “privacy protocol” known as Mimblewimble, which is supposed to help shield the identities of holders of senders and recipients of litecoin tokens while also improving the network’s ability to scale to handle more transactions. A testnet of Mimblewimble, in the works for almost a year, is targeted for the end of September.

And based on market data, it appears the looming addition is generating enthusiasm among users: Daily confirmed transactions on litecoin’s blockchain has more than doubled this year, reaching a seven-day average of 48,948 last week, the highest since February 2018, according to data source Glassnode.

Litecoin backers hope the token’s added privacy features from the Mimblewimble upgrade will help attract users who otherwise might gravitate toward existing privacy coins like monero (XMR) and zcash (ZEC). Those tokens come with their own risks, such as the potential for holders to get diluted by new issuance.

The speculation is the upgrade could help litecoin, which has gained about 50% this year to $63, catch up with bitcoin’s 64% increase.

“Litecoin’s upcoming Mimblewimble upgrade has led to a spike in transactions and active addresses,” said Matthew Dibb, co-founder of Stack, a provider of cryptocurrency trackers and index futures.

Litecoin’s facility for handling a large number of transactions at any given moment is supposed to increase with the upgrade, helping to solve “scalability” concerns that had deterred some users and investors, according to Nicholas Pelecanos, head of trading at NEM Ventures, a cryptocurrency investment firm.

“In 2017, a huge bottleneck for development in the blockchain space was scaling,” Pelecanos said. “The issue will now be solved with protocol upgrades due across the majority of leading protocols, leaving valuations at lifetime highs.”

The litecoin network’s processing speed has doubled this year to about one transaction every two seconds. But that’s still far slower than the Bitcoin blockchain, which can handle about 3.7 transactions every second. The upcoming protocol upgrade could further boost transaction capacity.

One concern with the added privacy features is that it’s not yet clear how they’ll sit with regulators. Coinbase UK delisted zcash last year, likely due to pressure from financial watchdogs. South Korean exchange Upbit delisted privacy coins monero, dash and zcash in 2019.

“There’s some stigma against privacy coins, and some exchanges have delisted them,” Litecoin founder Charlie Lee told CoinDesk in a recent interview. “But from what I can tell, the exchanges are OK with this litecoin privacy upgrade as an extension block because it’s kind of on the side. The exchanges don’t have to support the extension block side of things.”

David Schwartz, project director at Litecoin Foundation, a non-profit organization that sponsors development on the blockchain, wrote on Twitter earlier this month that he thought the cryptocurrency was undervalued.

“Its average usage has doubled since the start of the last bull run & is gaining steam,” he tweeted. “So much so, that transactions have outpaced historical price, which means price is not showing its true value.”

There’s some skepticism, of course. Crypto markets are notoriously speculative.

“The recent pickup may be attributable to the upcoming upgrade,” says Connor Abendschein, research analyst at Digital Assets Data, but “greater bullish sentiment across the entire crypto market has driven prices of most assets higher over the past few months.”

“As the upgrade draws closer, we will see whether litecoin is just rising bitcoin’s coattails, or if it can find some legs and run on its course,” Abendschein said.