Assemblyperson Ron Kim wants his constituents to be self-sovereign. The trouble is, his constituents don’t know what that means. The Queens Politician Who Wants To Give New Yorkers Their Own Crypto 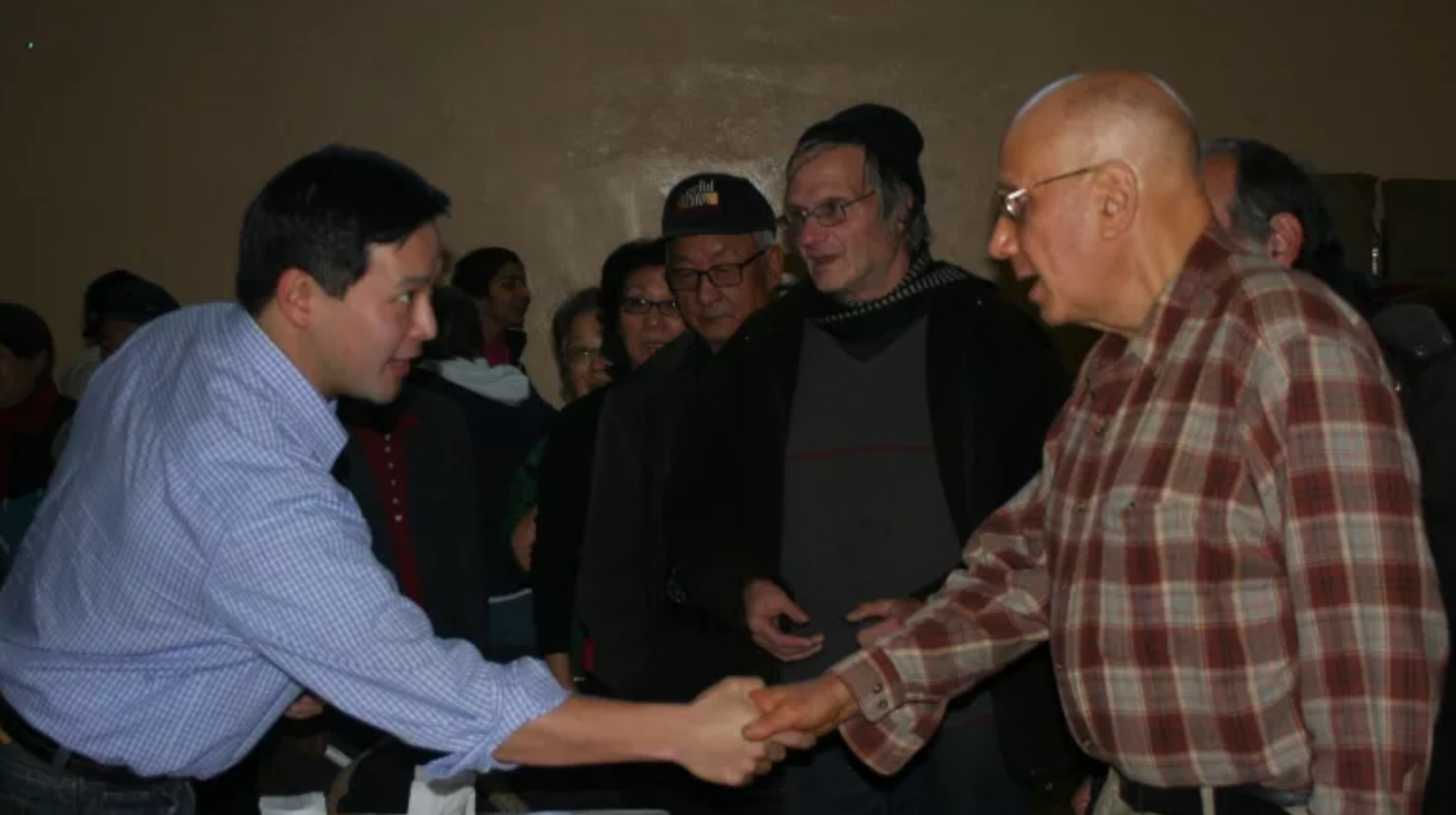 A member of the New York State Assembly representing District 40 as part of the Democrat and Working Families parties, Kim has been a fierce advocate for progressive politics and a surprising voice for crypto advocacy.

Over the course of his seven-year stint in office, Kim has put forward bills to create local currencies (potentially blockchain based) as well as, recently, a decentralized standard for contact tracing. Kim’s political imagination aligns with the crypto-community. He wants to decentralize power structures and provide technological pathways towards individual autonomy.

“It all boils down to getting people their self-sovereign IDs,” Kim said. “The options that grow out of that are limitless.” This includes establishing a streamlined architecture to pay out public benefits — including COVID-19 relief payments — rebuilding a crumbling public health infrastructure as well as establishing a statewide digital banking system.

“I tried a few years ago to talk about the concept of community currencies, which I thought was an introductory concept,” Kim said. “But I realized early on that if you talk about currency as an Asian man, or cryptocurrencies, people’s flags go up.”

“So I pivoted to focus on economic failures and personalizing it by discussing credit card debt, student debt, mortgages, to expose why our market economy is failing us,” he said.

In conversation with CoinDesk, Kim, a measured speaker, framed his technocratic dreams in opposition to the profit-driven systems currently in place. From big banks to big tech, monopolistic firms “extract” value from communities and encroach on individual civil liberties.

COVID-19 both highlights and accelerates these issues, and is the impetus for Kim to double down on a series of public blockchain initiatives.

In mid-May, Kim introduced Assembly Bill A10462, which lays out a decentralized and privacy-preserving protocol for contact tracing. Citing the over-reliance on “Big Tech” firms like Google and Apple to mediate a public health crisis, Kim argues providing them access to de-anonymized biometric data.

This is a moonshot as far as local politics goes, but many discounted the idea of universal basic income and digital dollars, too, and both are gaining mainstream acceptance. (For what it’s worth, Kim has UBI and crypto-booster Andrew Yang’s endorsement.)

“The system would allow public benefits to be used like real money,” Kim said. “Benefits are so rigid [right now] they go unused and untapped. The IVL would make it fungible and fluid to add value flow to economies. It’s an entry point to public banking.”

“I realized early on that if you talk about currency as an Asian man, or cryptocurrencies, people’s flags go up.”

According to the plan, $55 billion per year in uncollected individual tax credits, pension benefits, and other welfare payouts will be distributed to every New York resident through a virtual wallet system administered by the state.

Recipients would be able to pay for goods and services, and also to transfer money directly to each other through a fee-less, instantaneous payment rail.

Further, Kim said the system could be used in crisis. “If we had a flexible payment system like IVL, all my constituents who are still waiting for their stimulus and unemployment checks, for months, could get airdropped their payments immediately, with the proper attestation protocols in place.”

Asked whether innovative fintech firms could fill in more effectively, Kim responded that “trojan horses” like Square appear to work for the public good but are ultimately extractive. “They have to make money somehow, so we’re losing value whenever the people transact,” he said.

Kim, Salazar and Hockett are not completely alone in their vision. For instance, the small Washington State town of Tenino (population: 1,884) is considering issuing a local currency printed on thin sheets of wood, to bolster an economy wrecked by the COVID-19 pandemic, and various local currencies operate around the country, including the Current in New York’s Hudson Valley.

But the IVL is significantly larger in scope. Defining the “local community” as the entire state of New York, the project would become the largest experiment in “complementary currencies” since the establishment of the Federal Reserve in 1913.

But it’s a vision Kim has been chasing since at least 2018, when he proposed a series of local currencies to be distributed among pockets of New York, including his native Flushing, Queens. Pitching it as a way to become resilient to economic downturns by keeping value circling within an economy, Kim said the idea was favorably received by younger people.

Also, the primarily Asian-American area is already predisposed to electronic payments. “If we were to apply this pilot in a place like Flushing, it would be easier to transition into because people are used to QR codes,” he said at the time. “There’s a culture that’s used to going cashless that’s already ingrained in our community.”

Now, facing reelection in a primary set for June 23, the populist legislator is doubling down on the idea of self-sovereignty. It’s not a concept that most voters are familiar with, but Kim says he’s introducing the concept in terms people can come to understand.

“We’ve bought into the idea that bigger is better, so we approve every merger and help Amazon become vertically integrated into every market sector with tax abatements,” Kim said. With public options, “you can have a menu of different things, as long as it’s an open and competitive market.”