The ads, which are promoting the services of crypto company Keplerk, were first spotted on French national TV channel TF1.

Keplerk announced earlier this year that it would be facilitating the purchase of BTC through local tobacco shops across the country.

The company’s goal is to make the purchase of Bitcoin as simple as buying a lottery ticket.

The advert is short at around 18 seconds long, but according to viewers, it is being shown numerous times throughout the day between a number of popular programmes.

Keplerk facilitates the sale of Bitcoin in local shops in France. Citizens can buy vouchers at physical locations such as tobacconists and convenience stores, which can then be redeemed for BTC in the buyer’s mobile cryptocurrency wallet. 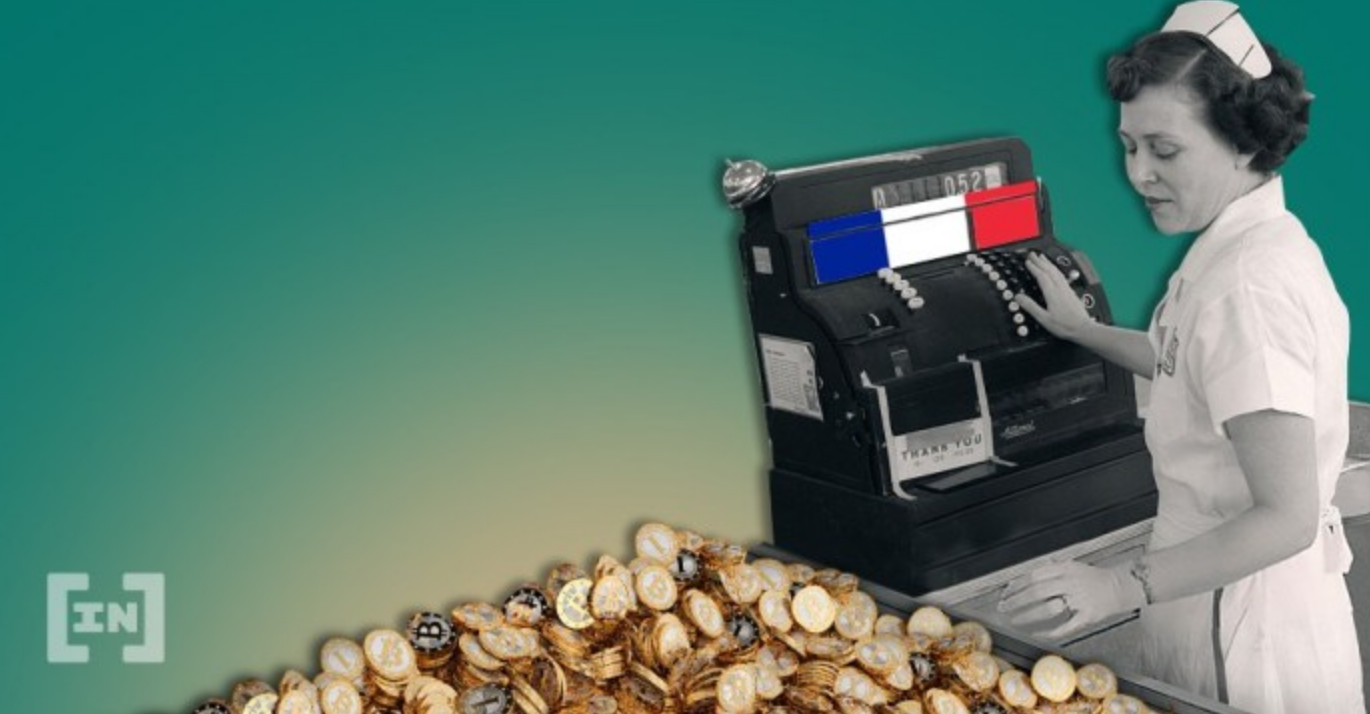 The news highlights a growing trend after Bitcoin also found its way onto the front page of a state-run newspaper in China, giving the digital asset free exposure to millions.

Despite the recent market turmoil, it would seem that more and more countries are becoming comfortable with the idea of cryptocurrency, even if it isn’t quite ready for mainstream adoption.

Interested in reading more about cryptocurrency’s growing popularity across the world? Discover more about how German banks are looking to offer Bitcoin custody as early as next year.

The hype around initial coin offerings may have quieted down in the States, but France seems to be taking a newfound interest. On Dec. 17th, France’s financial regulator, the Autorité des Marchés Financiers (AMF), granted the country’s first approval for an ICO application.

The offering came from French-ICO, a company that has developed a platform for funding projects using cryptocurrency. The firm is the first to be white-listed and a notice has been posted on the AMF website.

Reuters reported in July that the AMF was in talks with three or four candidates for ICOs and that more could soon be on their way.

While French-ICO is the first company to receive approval, this support will remain valid until the end of the subscription period, which is scheduled for June 1, 2020. The AMF website also notes that although approval is optional (ICOs are still considered legal in France without approval), only those public offerings that have received the AMF approval may be marketed directly to the public in France.

The AMF also explained that it has only approved the ICO proposal, not the token issuer. France’s primary regulator detailed that interested issuers could apply for only one ICO over a period that may not exceed six months.

France’s Definition Of An ICO

According to the AMF website, an ICO may be defined as a “fundraising transaction carried out through a distributed ledger technology (DLT or “blockchain”) and resulting in a token issue.” The source notes that “these tokens can then be used to obtain goods or services, as the case may be.”

The PACTE law, which is France’s new law on business growth and transformation that was introduced in April of this year, included a specific regime for ICOs. The law noted that an optional approval would be given by the AMF, which is intended to promote the development of ICOs. The law points out that this does not apply to Security Token Offerings, but only to the issuance of utility tokens. Those who fail to comply with the new framework will face large fines.

A French commerce court has classified Bitcoin (BTC) as currency during a recent trial.

Local news outlet Les Echos reported on March 5 that the Commercial Court of Nanterre decided on Feb. 26 to qualify Bitcoin as a fungible interchangeable asset that is not individualizable, just like fiat money.

The ruling was part of a dispute between French cryptocurrency exchange Paymium and alternative asset investment firm BitSpread. Per the report, Paymium loaned 1,000 BTC (over $9.1 million as of press time) to BitSpread in 2014.

When holding the leased 1,000 BTC, BitSpread also got hold of 1,000 Bitcoin Cash (BCH) when the hard fork creating the altcoin was carried out in 2017. Now the two parties are disputing the rights to the BCH worth over $350,000 as of press time.

To resolve the dispute, the court had to address the legal nature of Bitcoin and, after defining it as a fungible asset, identified Bitcoin lending as a consumer loan. This kind of loan transfers ownership of the property to the borrower during the term of the loan.

The Ruling Has Significance For The Growing Crypto Loans Sector

Because of this, the court found that the Bitcoin Cash belongs to the borrower just like dividends belong to shareholders. The piece suggests that, due to this court decision, future cryptocurrency loan contracts could include a clause for the return of extra assets created by a fork.

Hubert de Vauplane, a specialized lawyer at law firm Kramer & Levin, explained that the court decision could have far-reaching implications:

“The scope of this decision is considerable because it allows Bitcoin to be treated like money or other financial instruments. It will therefore facilitate Bitcoin transactions, such as lending or repo transactions, which are growing, and thus favor the liquidity of the cryptocurrency market.”

Confusion Over The Legal Classification Of Cryptocurrencies

As Cointelegraph explained in a dedicated analysis piece, there is much debate on the legal definition of crypto assets, with many arguing whether they are money, commodities, securities or utility tokens. Still, from time to time, official sources in various countries shine a light on the matter.

Japan was among the first states to clarify the legal nature of Bitcoin. In early May 2016, the Asian country officially recognized Bitcoin and digital currencies as money. Little over a year ago, also the United States state of Wyoming passed a bill that will allow for cryptocurrencies to be recognized as money.

In July 2019, Bitcoin was legally recognized by a Chinese court, whereby it was concluded that the cryptocurrency should be considered digital property.