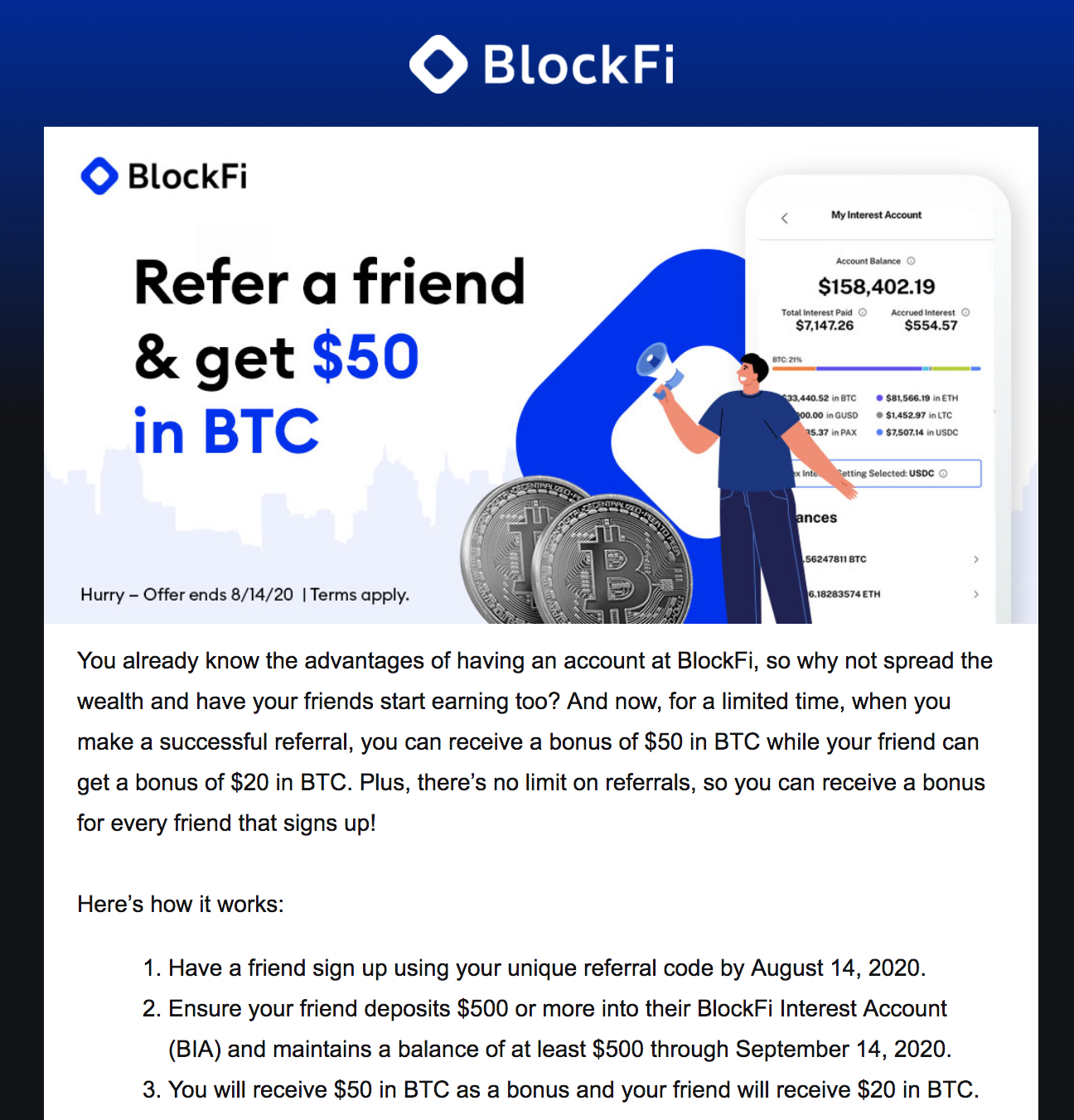 The post points out that all crypto companies, exchanges included, will soon offer users interest accounts, cost-effective ways to perform transactions, and tax services. Throughout his post, he explains why these features, along with others, will become a standard offering for exchanges in the next 2 years.

The crypto community is already seeing a number of companies adopt features that traditional financial institutions offer. The only difference is that many of these companies are making these features more appealing to their customers, in ways that banks cannot or will not..

The crypto lending platform Celsius, for example, recently began to offer users outside of the US and Japan up to 8.1% APR on bitcoin deposits at its highest loyalty level. While the majority of traditional banks have savings accounts and loyalty programs that allow investors to earn interest, most offer much lower rates than what Celsius will provide.

According to Celsius CEO Alex Mashinsky, it has become difficult to earn yield on crypto today due to the rise of crypto-lending platforms. As a result, he is attempting to increase investor returns with higher interest rates that are paid out in Celsius’s CEL token. Mashinsky told Cointelegraph:

“To boost the yield we wanted to do something other than paying bitcoin on bitcoin, so we’ve decided to pay in our CEL token. We also have a loyalty program with different tiers to show how much interest users will receive. Basically, we are convincing people to join Celsius by paying them more.”

And much like traditional banks, Celsius will also offer compounding interest on crypto deposits, joining the likes of Nexo and DeFiprime.

Crypto-lending startup BlockFi also recently announced that users can earn compounding interest on and trade loans backed by assets. BlockFi’s initial annual percentage yield on the assets will be 8.6% for Coinbase’s USDC stablecoin and 3.78% for litecoin.

“I know of first-time crypto users who are buying stablecoins to get higher interest rates than they normally would be able to with fiat.”

Arrington sees great potential for crypto-lending companies, as the entire crypto loaning industry is estimated to be worth $4.7 billion. Arrington said:

“Keep a close eye on crypto-lending companies that are experiencing rapid growth with compelling interest earning rates and low cost loans for crypto and digital dollars, aka stablecoins. We’re seeing growth trajectories in the sector that mirror some of the most successful fintech companies’ like PayPal’s early days.”

Arrington Explained That The Sector Is Growing Rapidly Nevertheless, Saying:

“Leveraging blockchain payment rails instead of the traditional banking system creates an opportunity for firms to distribute a banking app at the same speed and scale as Uber. Traditionally this wasn’t possible because local partnerships were needed for every market that financial companies operated in – crypto fundamentally changes the game.”

Crypto Companies Are Getting Rid Of Fees

Another major innovation being made by crypto companies is the removal of exchange fees, which have been roundly criticized as too high. Traditional banks are also famous for hitting users with costly fees. According to a recent MyBankTracker study, the average checking account fee per month at leading US banks is $9.60.

On Jan. 28 digital money platform Uphold introduced zero-commission trading on 30 cryptocurrencies, but only on through iOS and Android mobile apps.

According to Uphold CEO J.P. Thieriot, removing fees will ensure affordable access to cryptocurrency for millions of retail investors. He told Cointelegraph:

“Cryptocurrencies were one of the more expensive asset classes for retail investors to trade, with fees north of 200 basis points on some mainstream platforms. The goal here is to create something useful for people around the world and in everyday context, while differentiating us from our competitors. Ultimately, the internet of money is likely to evolve in ways that banks haven’t been able to do a good job with.”

“Free trading has become a feature of all fintech direct trading offerings, from Robinhood to SoFi and even JPMorgan. So it’s not surprising that in a digital race to acquire the most users, execution prices are starting to collapse.”

Yet without exchange fees, crypto companies will likely be earning smaller amounts of revenue. Thieriot is confident this model will be beneficial overall, though, saying:

“In moving to lower fees, Uphold expects the typical tradeoff between higher volume and lower margin. The good news is that unlike incumbent banks and brokerages, our cost structure is a fraction of theirs. We are crypto-native and technology-led, which imbues important structural advantages.”

Crypto companies aim to drive user adoption, but will this help?

While high interest rates and zero-fee trading, along with other features, are aimed to drive user adoption of cryptocurrencies, skepticism remains.

According to a new report entitled “Cryptocurrencies and the Future of Money” published by IE University’s Center for the Governance of Change (CGC), existing cryptocurrencies have failed to achieve the objectives envisioned by their pioneers, and are in general not considered as money.

Research Director at the IE Center for the Governance of Change, Mike Seiferling, said:

“Although innovations are making digital currencies more realistic candidates to replace traditional money and create benefits for users across large volumes of transactions, our research suggest that cryptocurrencies still have a long way to go before they can compete, let alone or overtake, traditional forms of money backed by central and commercial banks.”

The appointment comes after Morgan Creek participated in all three of BlockFi’s funding rounds over the past 12 months, including the $18 million Series A round in August 2019 and the $30 million Series B round in February 2020.

As announced, the new funding comes amid BlockFi seeing a 10-fold revenue increase over the past year. The company now has $100 million in revenues over the past year, while managed assets account for more than $1.5 billion to date, BlockFi’s representatives said.

Similarly to previous funding round announcements, BlockFi outlined that the newly raised funds will be used to further grow the company as well as the upcoming release of a Bitcoin (BTC) rewards credit card.

BlockFi revealed plans for the card in early 2020, positioning it as the “world’s first ever crypto-rewards credit card.” Similarly to existing crypto reward apps like Lolli, BlockFi wants to provide global customers with cashback in cryptos like Bitcoin. The card is expected to be released in Q3 or Q4 2020, with CEO Zac Prince claiming that the crypto rewards would amount to somewhere between 1.5% and 3% from purchases in fiat.

* CEO Zac Prince said in a press statement BlockFi’s “significant” GBTC position will “add value” to the “marketplace for liquid and illiquid” shares. “There are lending markets related to GBTC,” he told CoinDesk in an email.

* Crypto fund manager Three Arrows Capital is the only other entity with comparable GBTC holdings, having amassed over 21 million shares by June. That represented a 6.26% stake in GBTC at the time.

* Entities are required to publicly disclose ownership positions over the 5% threshold. GBTC became an SEC reporting company in January.