“I would love to sit down with President Trump and have a discussion around bitcoin and cryptocurrency,” Lisa Song Sutton, an entrepreneur and bitcoin ATM investor in Las Vegas, told CoinDesk. Meet The Crypto Angel Investor Running For Congress In Nevada (#GotBitcoin?) 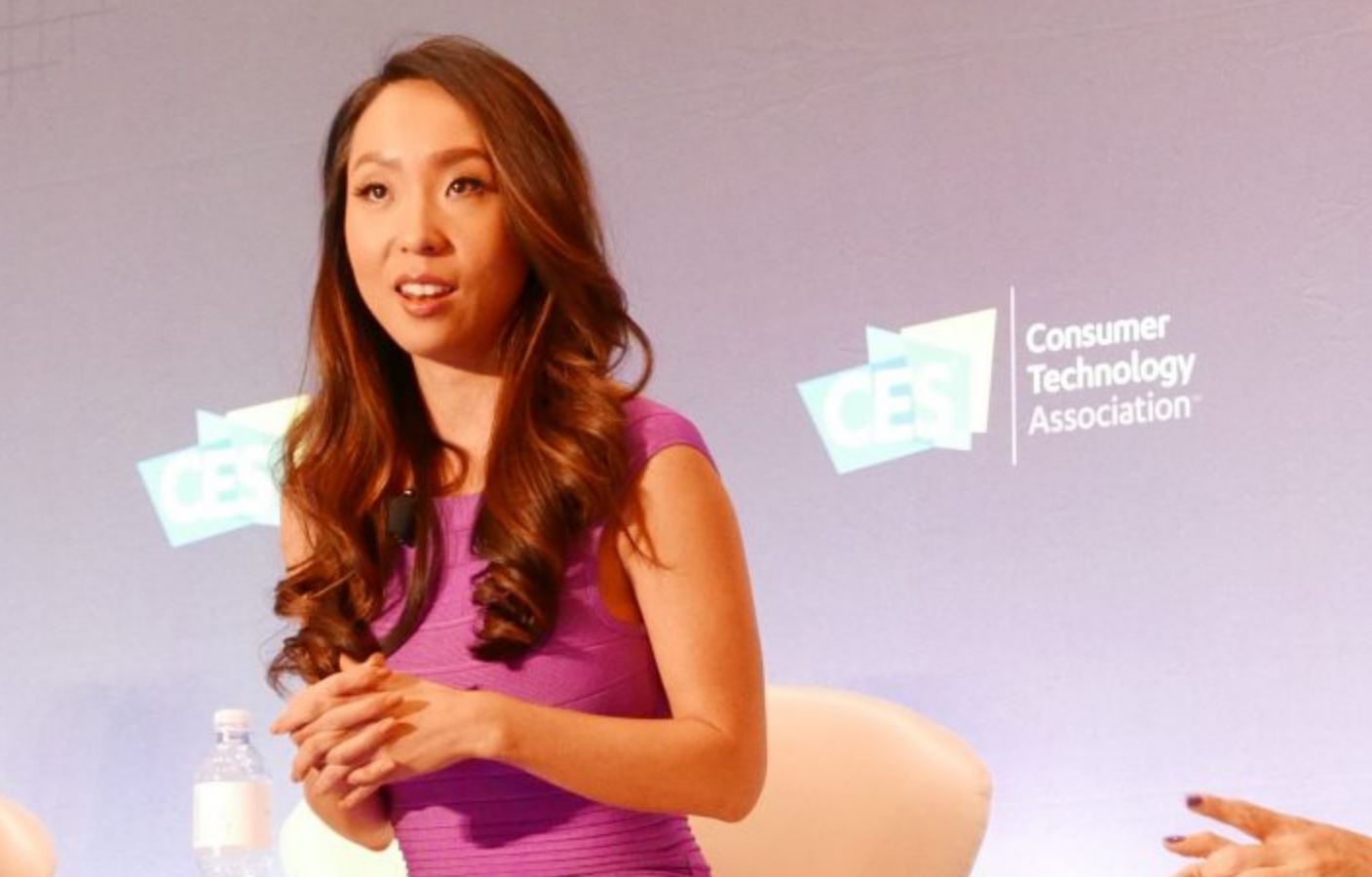 Sutton might have a better shot than most at having such a conversation. She’s running for Congress in the Fourth Congressional District of Nevada, one of nine people currently competing in the June 9 Republican primary to see who will face off against the incumbent, Rep. Steven Horsford, a Democrat, in the general election in November.

Were she to win, Sutton would be a likely candidate to join the Congressional Blockchain Caucus, co-chaired in the House by Republicans David Schweikert (Arizona) and Tom Emmer (Minn.) and Democrats Bill Foster (Ill.) and Darren Soto (Fla.). The group scored a small victory last year as Soto helped to get language into the Defense Authorization Act’s conference report requiring the U.S. military to look into applications of distributed ledger technology.

Even if she makes it through the primary, she may still face long odds. The Cook Political Report has the district rated as “Likely Democrat.”

That said, she was third in total campaign funds raised as of the third quarter of 2019, according to the latest Federal Election Commission data, and she remains well behind Horsford. She told CoinDesk she has benefited from media interest in the narrative of a beauty queen/business co-owner running for Congress. Sutton was Miss Nevada United States in 2014.

She has small holdings in a few currencies but she doesn’t pretend to be an expert or a blockchain hardcore. That said, she thinks if she made it to Congress and got an audience with President Trump, she could make the case that these technologies might define the future of business, and the U.S. should not close itself off from a leadership role.

The argument she would make to the President would be that the U.S. has an opportunity to hold on to its lead in this new sector of entrepreneurship, but, she said, “I don’t know if it would work.” 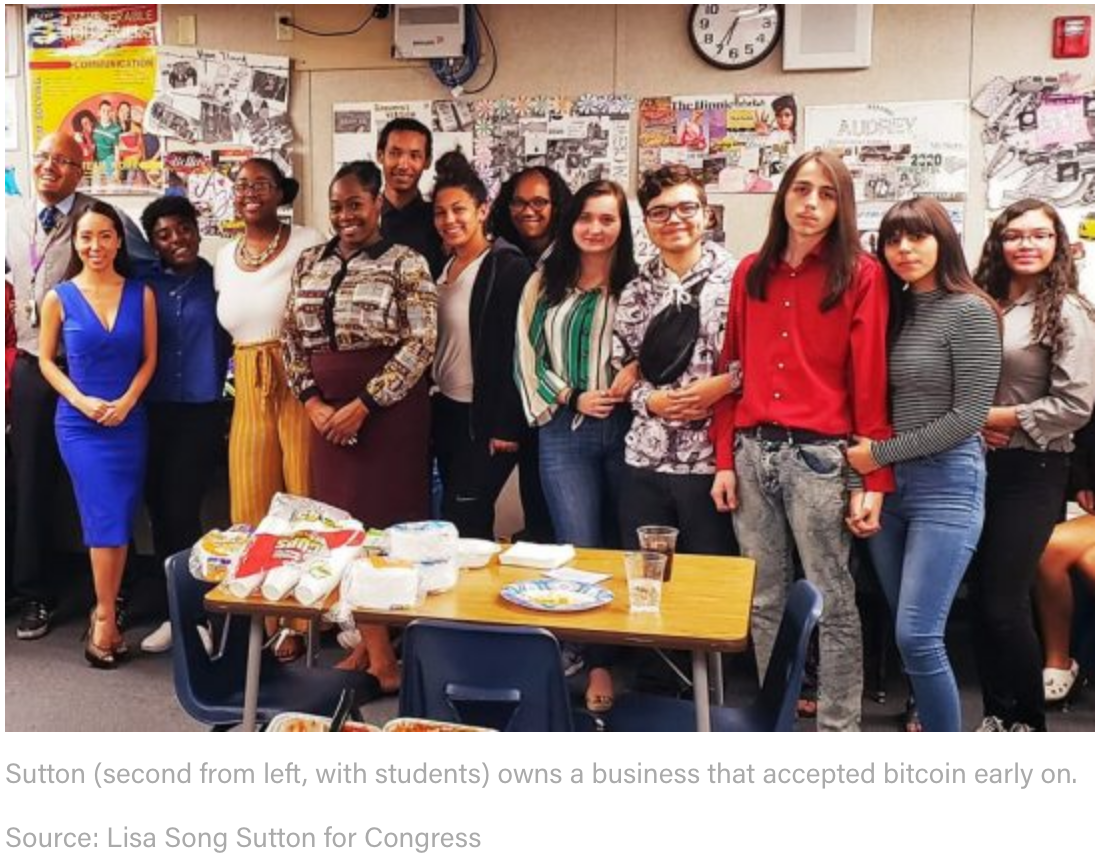 Sutton was invited to the panel, in part, because of her experience as a small business co-founder who got into using cryptocurrency early. In 2017, the state of Nevada banned local governments from taxing cryptocurrencies, she explained on stage. She told the crowd, “We were like: cha-ching!”

But it turned out the state’s policies had gotten ahead of implementation. Sin City Cupcakes moved quickly to get paid in bitcoin, but then needed to know how to document everything correctly. She contacted the state, only to find it really didn’t have a plan for small businesses that wanted to take advantage of the new law.

“So we just made up our own rules, as entrepreneurs do. We figured it out,” she said. “There was no guidance. No clarity.”

These days, Sin City doesn’t even convert the crypto it earns for cupcakes into fiat, though that’s partly because not many people pay that way.

Besides her involvement in founding a few companies, including a swimwear company and a shipping center, she’s an angel investor, joining a consortium of investors that ended up backing a few early bitcoin ATM ventures.

She said that through the group she’s backed five such efforts, three of which are still live, though she declined to name them.

Nevertheless, on stage she spoke of the confusion borne by companies founded just to allow people to buy bitcoin, only to find two different state laws that may or may not govern their activities depending on tiny nuances in their operations. “And that’s just Nevada,” she told the crowd.

Working through issues like this is part of why compliance is the largest team at Coinsource, a market leader in the crypto ATM space.

She said that in all things, balances need to be struck between, for example, enabling business and protecting consumers, or free enterprise and stymieing money laundering. Broadly, she said, “As a business owner, I advocate a free-market approach.”

In particular, she’s watched ATMs required to collect more and more information about customers. “It’s a bit in contrast to the premise of bitcoin, which is supposed to be this anonymous currency,” she said. 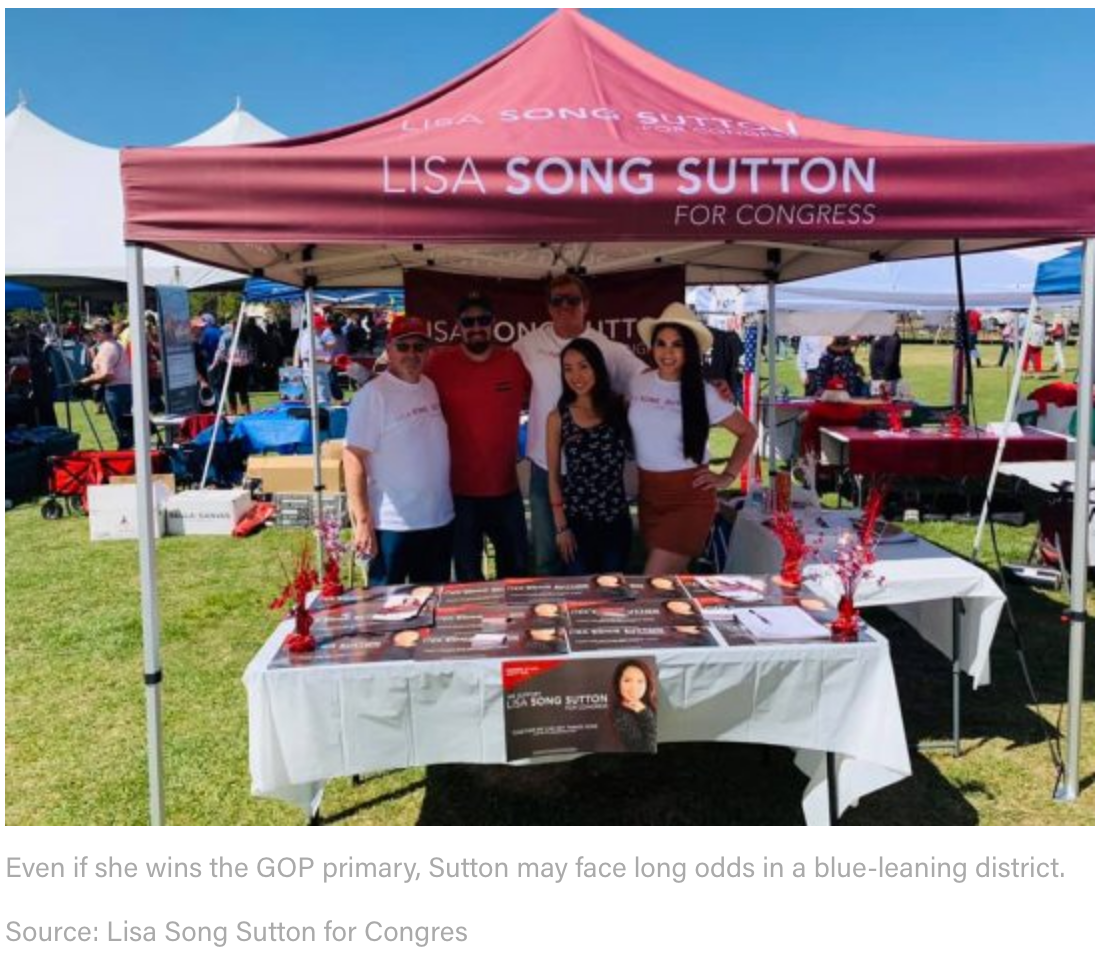 Crypto is by no means Sutton’s top issue.

She’s running, she said, to give people in north Las Vegas and rural Nevada an elected leader who is more responsive to their needs. “Politics wasn’t in the plan,” she said.

Though she had only really been a presidential election voter, she started to hear that people were dissatisfied with their representation. She did some research on Horsford and decided, “Someone should run against this guy.”

When asked about her personal top issues, she pivoted instead to the big issues in her district such as water rights, immigration and the various military facilities in the district.

Her main focus are the issues involved with running a business, and she’d like to see more people from business backgrounds run for public office, possibly for short periods of time as she plans to do if she wins.

She raised over $127,000 in her first quarter of campaigning, and promises she’ll beat that number with the next filing. She said funds have come in from around 40 states, as people have heard about her through the media coverage.

If elected, she says, she will be all-in for Nevada and north Last Vegas “for a finite amount of time,” she said, because she believes in term limits. She’ll be quite ready to return to entrepreneurship when she’s done.