The Bitcoiners Who Live Off The Grid

Katie Ananina founder of Plan B Passport, a business that works primarily with Bitcoiners to obtain legal residency status in their choice of six tax-haven nations is building her citadel, and selling others on the dream.  The Bitcoiners Who Live Off The Grid 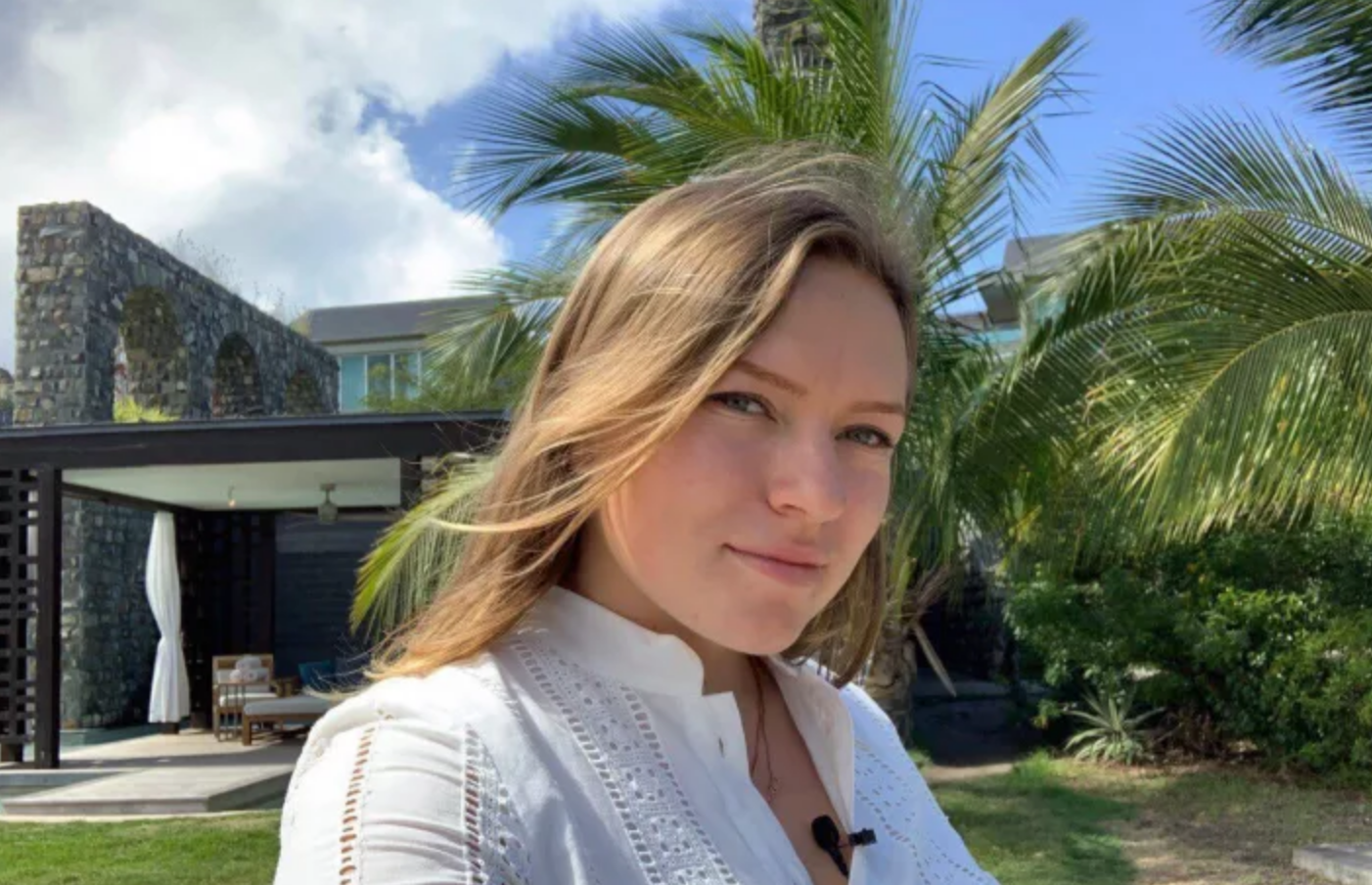 For the past year, the Russian emigre has jumped among the U.S. cities of Miami, Houston, San Francisco and Denver, plus Puerto Rico, random islands in the Caribbeans and Guadalajara, Mexico, trying to find the right location to establish a base camp. It’s part of her lifestyle as well as her job.

Ananina is the founder of Plan B Passport, a business that works primarily with Bitcoiners to obtain legal residency status in their choice of six tax-haven nations. It’s an offshoot of Migronis Citizenship, a resettlement business, which itself has five offices globally.

“You go to the butcher that has the best meat, and farmer for the best fruits and vegetables, so do you shop for the lifestyle that you want?” Ananina said, dialing in from Guadalajara in April where she was awaiting an anarcho-capitalist meetup. “If it suits you better to own a passport from a tax haven, why wouldn’t you do that, right?”

While tax avoidance has been around since the first tax was levied, the crypto-rich – empowered by a technology that pays no heed to borders and driven by an ideology critical of all centralized authorities – are bringing it to the next level.

Like its larger parent company, Plan B offers information on “how to legally optimize” one’s tax strategies by moving lives, possessions or assets to the “best jurisdictions,” according to its website. Ananina also hosts free 20-minute consultations and the occasional web seminar. Recently, she’s been looking for ways to break into the private island real estate market, thinking the nouveau riche of the coming bull run will be able to afford such luxuries.

This open approach to tax avoidance is perfectly legal. And given that multinationals often shuffle money around to avoid paying billions in taxes, you could argue it’s normal these days.

“A lot of people are doing it. Like, more than you would think,” Ananina said.

Ronen Palan, an Israeli-born economist and Professor of International Political Economy in the Department of International Politics at the City University London and who studies tax havens and offshore finance, agreed it’s becoming more popular among the ultra-wealthy, but said it’s difficult to determine exactly how many individuals are eschewing their tax burdens by moving abroad. “People don’t usually identify themselves as tax evaders,” he said.

“The actual number of people that physically relocate is a small portion of those that avoid paying taxes,” Palan said over Zoom. But it’s common enough for there to be an established term: “We call these individuals PNTs, ‘permanently not there.’”

“Wealthy individuals, you find they have three houses, three domiciles, to ensure they are never in one country sufficiently long to become a tax resident,” he said. There’s also a growing number of people willing to drop even the pretense of a residence.

At the individual and family level, many of today’s expatriates and tax arbitrageurs follow the obscure advice of the libertarian financial adviser Harry D. Schultz. He coined the term “Three Flag Theory” to describe a strategic approach to life and citizenship where people “plant flags” in different countries based on their favorable tax, regulatory and economic frameworks.

Proponents get as many passports as necessary or obtain legal permanent residence status in tax haven nations, offering them the chance to shuffle capital and business documentation around. They become citizens of the world, or perpetual travelers, to maximize their profits and minimize their obligations to the state.

You can have one foot in New York and one in the Cayman Islands and have responsibilities to no one but yourself, Palan said. While the roots to this “lifestyle” may be found in libertarianism – Bill Maurer, director of UC Irvine’s Institute for Money, called it “late capitalist nomadism” – Palan said it’s less complicated: “Many people enjoy the benefits of states. But they don’t like paying taxes.”

Others have taken Schultz’s theory and run with it. Frank M. Ahearn, author New York Times best-seller “How to Disappear,” translated it to “six flag theory.” Today, it’s common to see at least one flag representing an “electronic haven in cyberspace,” referring to a country with lenient regulations for maintaining private or corporate servers.

“Considering that the theory was first circulated over 30 years ago, you would think that by now most governments would have caught up with it and closed all the loopholes that enable it,” said Marc Gras, managing director of Far Horizon Capital, a company that works with businesses to relocate. “They have not.”

While western nations continue to fail to close the gaps, poorer countries, primarily in the global south, but also wealthy nations like Monaco are attracting high-net-worth individuals with simplified immigration policies and lenient definitions of residency. The ideal “haven nation” will enable visa-free travel with a number of countries, and have limitations on taxing income earned outside their borders. Many have low, or non-existent, tax policies on wealth and capital gains.

“Countries are literally competing for your wealth,” Ananina said. It’s why she’s excited to do the work her career enables.

“I’ve been looking at my past and feel like my whole life has been preparing me for bitcoin, anarchy and flag theory,” she said. “If I can’t be absolutely stateless, I will hold some papers that will help me lead the life that I want to live. I will get as many papers as I can and it’s going to give me more freedom,” she said.

Ananina is not alone in her pro-bitcoin, anti-state and very online convictions. One of the Bitcoin network’s earliest advocates, Roger Ver, is also a follower of Flag Theory and an example of living to maximize one’s personal autonomy – understood by having zero debts to the state.

“Go where you’re treated best,” Ver said during a recent phone call. Ver has been a Kittician, a citizen of St. Kitts & Nevis, since 2014 after leaving the United States for good in 2006.

“From the moment they tossed me in prison, I knew I was never going to live in the U.S. again,” he said. (Ver was convicted in 2002 for selling explosives over eBay). “The day I was allowed to leave, I left. It took a further eight years to renounce my citizenship.”

He said many of his “cryptocurrency friends” are citizens of the small Caribbean island nation, population 52,441. Though he’s clear “citizen” doesn’t necessarily mean “his neighbors” have ever stepped foot on the island. “About two years ago, there were about 100 of us that met up,” he said. “We spent the afternoon pounding on our laptops in tropical paradise.”

Ver said he gets queried on how to move abroad at least once a week. His advice? Deal with reputable agents “that know the people and the process,” he said. Speaking from the experience of being scammed twice for “substantial sums of money,” he said, “unscrupulous people will try to trick you. … You want feet on the ground.”

A veritable cottage industry of businesses like Ananina’s Plan B has sprung up to prevent situations like Ver’s.

These businesses work with government’s “citizenship by investment” units, so people can pay a fee, fill out a few forms and claim their benefits. While the process varies by nation, in most cases, citizenship can be bought for six figures. “It’s not cheap,” Ver said. 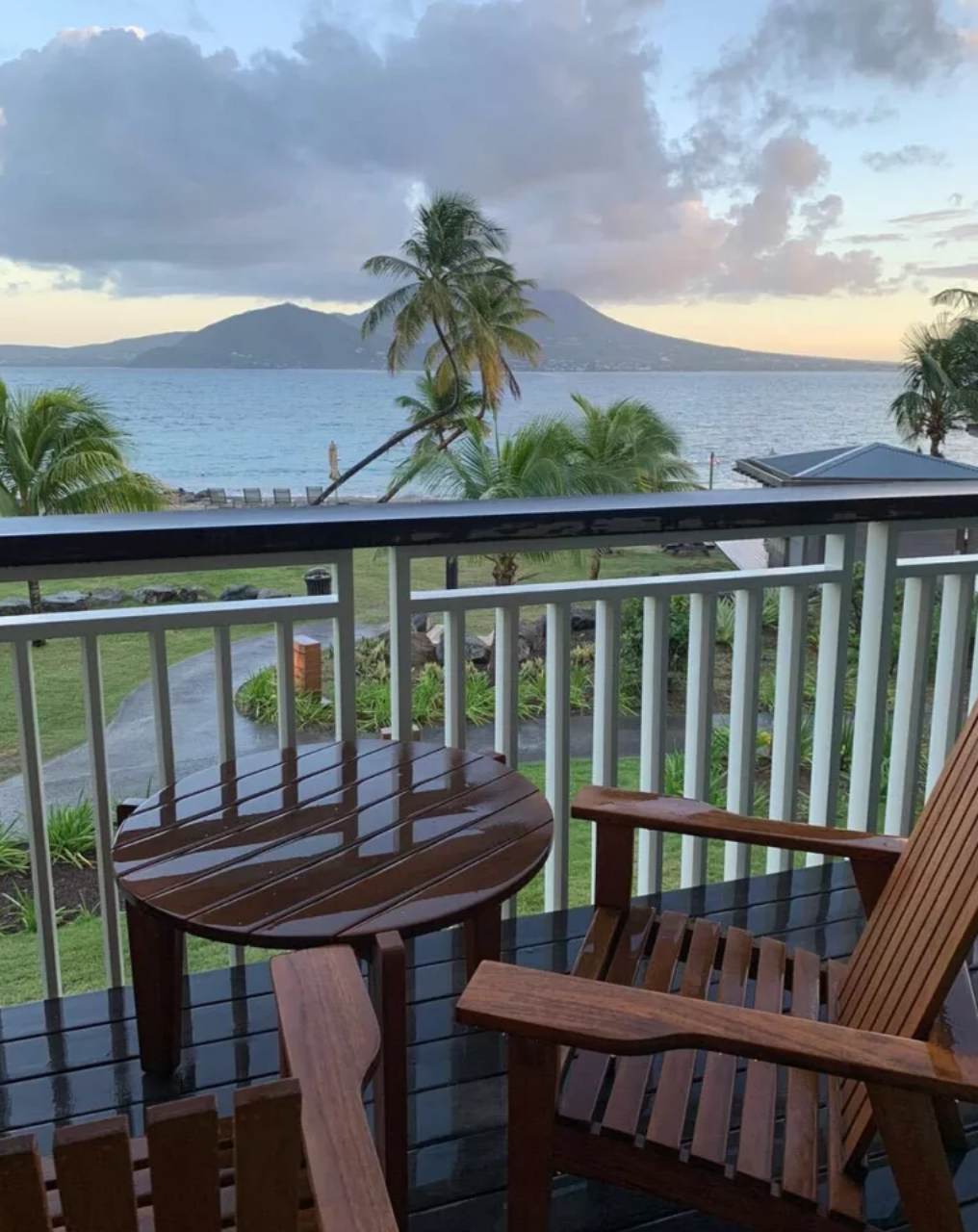 Plan B Passport Works With Individuals In The Crypto Community To Find Legal Tax Avoidance Strategies.

While Plan B Passport is likely the first to cater exclusively to the crypto-rich, many companies view it as a profitable new sector within the “immigration industry.”

Migronis has helped resettle approximately 500 people since August 2012, Martyn Kovalko, head of marketing for the firm, said over email. Of those clients, about 10% came from the crypto community before Plan B was spun out, he estimated.

Far Horizon also boasts early crypto investors, exchanges and initial coin offering (ICO) operators among their clientele, Gras said. While he declined to name names, he did confirm many “have accumulated substantial amounts of cryptocurrencies.”

It’s not difficult to imagine a perpetual traveller holding non-state-backed currencies, or someone into crypto thinking favorably of Flag Theory.

“One could say that the Flag Theory concept and bitcoin (or cryptocurrencies) were both originally based out of libertarian principles such as freedom, autonomy and a disinclination to accept authority and centralized power,” Gras said.

The concepts amplify one another. Distributive tools like the internet have led to an interest in the philosophy, Gras said, adding the number of flag theorists “stand at a record high.” And crypto has only made it easier to escape the boundaries of the state. Moving hundreds of thousands of dollars through the banking system is bound to raise an eye, according to Ronen Palan.

“There are various rules, particularly anti-money laundering rules, that have been introduced which require compliance. Essentially, banks have to know who owns the account and the source of the money,” Palan said. “They ask questions.” 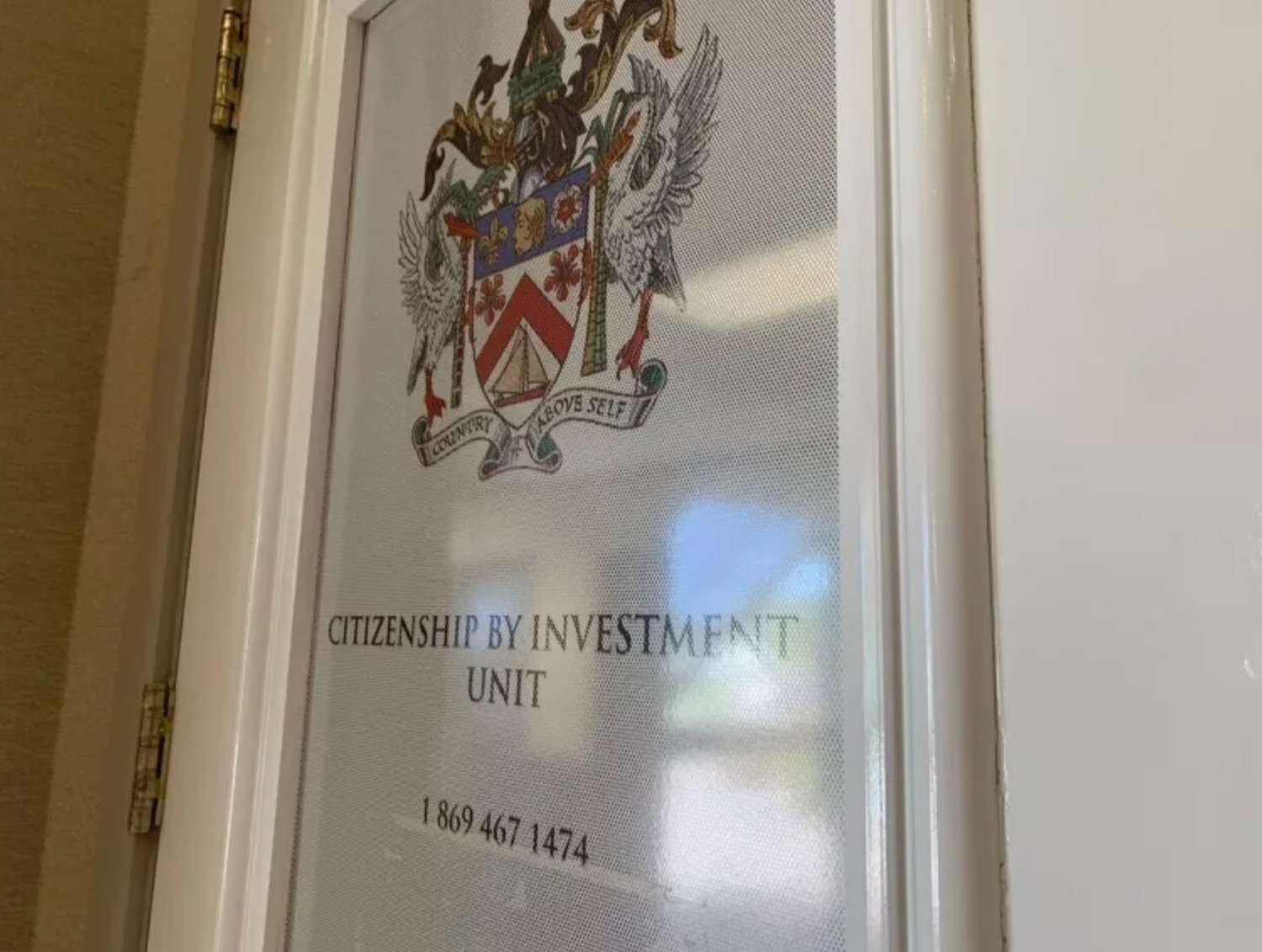 “Countries Are Literally Competing For Your Wealth,” Katie Ananina Said.

But with bitcoin’s “radical ownership,” people can move their wealth instantly without checking in with compliance officers, Ananina said. “You don’t have to worry about selling your assets in the U.S. or figuring out how to move them through the banking system to an offshore account,” she said. “You just pick up ‘calculator,’ move to another country and you have your wealth with you.”

While jet-setting may appeal to some, there’s a certain type of Bitcoiner who prefers to stay close to home, building out local systems independent of, and adversarial to, the state.

Justine, who goes by MsHodl on Twitter, is doing that in the Sierra Nevadas, the mountain range straddling the border between California and Nevada. She’s refurbishing an old farmstead owned by her family, with help from her stepfather and mother, and the occasional electrician and plumber.

“I was dreaming of a citadel before I heard the word,” Justine said. “Citadel” is used in the Bitcoin community to refer to an idyllic version of tomorrow where individuals come together voluntarily to work and live off the land. The idea is to build systems that can exist with minimal contact with governments and corporations. When discussing the practicality of building a citadel on an unimproved private island, Katie Ananina said, “We’re anarchists, we do not care about running water.”

Citadels are both the antithesis and corollary of the concept of the “digital nomad” that the larger tech sector has embraced. Bitcoiners build citadels to shield their vast troves of wealth from governmental overreach – and the hordes of no-coiners – but they are also purposefully situated somewhere specific, somewhere worth defending. 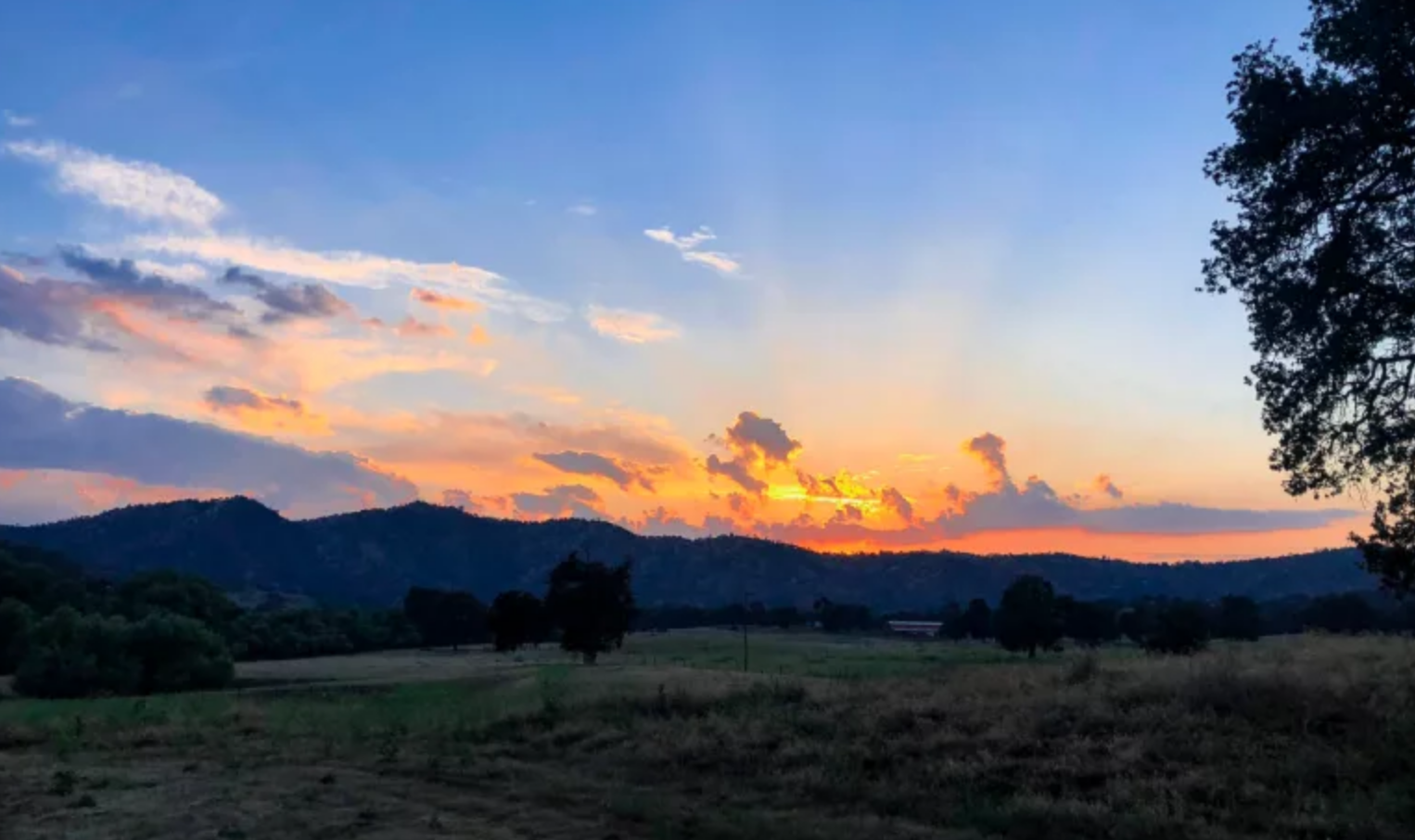 Justine Is Refurbishing An Old Ranch In The Sierra Nevada Mountains.

While Justine agrees with people who flee the state to avoid their taxes, she said financial autonomy is just one aspect of self-sovereignty. To become truly independent, sometimes it means settling down and building. “Ultimate freedom comes with a lot of responsibility, and taking ownership,” she said.

The owner of a small business in the United States, Justine says she dutifully pays her taxes. “I work as hard as humanly possible to pay as little as possible, and find every loophole,” she said. “We live in an abusive relationship with the government and taxes are one part of it. But you can’t avoid it when you have something to lose.”

The Homes Where Families Go Off the Grid (#GotBitcoin?):

Dropping Off The Grid: A Growing Movement In America Part I

Dropping Off The Grid: A Growing Movement In America Part II:

Dropping Off The Grid: A Growing Movement In America Part III:

Dropping Off The Grid: A Growing Movement In America Part IV: