Gen C was born out of the 2008-9 financial crisis, Satoshi Nakamoto having inscribed the Jan. 3, 2009, London Times headline, “Chancellor on brink of second bailout for banks,” in Bitcoin’s Genesis Block. To Generation X, Y and Z, add C. As in Generation Crypto (#GotBitcoin?)

The “traditional financial and governmental institutions suddenly seemed incompetent and illegitimate,” says Lana Swartz, assistant professor of media studies at the University of Virgina, of the effect of the financial meltdown.

Alternate economic efforts like the “sharing economy” emerged, bringing with it companies like Airbnb in 2008 and Uber in 2009 and fueling the gig economy. The first iPhone had just come out in 2007, along with the mobile payment system M-Pesa. “You have all the things you need to re-vision money,” says Swartz, setting the stage for Bitcoin to go mainstream.

Of course, that didn’t quite happen (at least not as a full-on payment system), but Bitcoin and the underlying blockchain technology spurred myriad innovations, from altcoins to central bank digital currencies and decentralized communities giving grants to developers all over the world.

Bitcoin’s newsworthy bull runs brought non-tech-savvy speculators into the space, along with startups and VCs looking to capitalize on this flashy, new blockchain technology – not to mention the companies from big banks to Walmart now operating private blockchains to facilitate payments and monitor supply chains.

While the number of people involved in blockchain and cryptocurrency grew, those dedicated to what they perceived as Satoshi’s original vision remained on the fringes, still influenced by the cypherpunk and crypto-anarchist thinking that helped shape the Bitcoin white paper. Two strains emerged among those involved in the space, Swartz says.

There were the people attracted to Bitcoin mainly as a store of value “apart from fallible governance institutions” – the libertarian-leaning preppers awaiting another collapse. Others primarily embraced blockchain’s decentralized infrastructure, loosely evolving into the Ethereum builders and DAO members with somewhat utopian dreams for the technology’s future.

People carrying Satoshi’s legacy seem to have something in common. They think and act differently from the masses, taking institutionalized systems with several grains of salt and sometimes operating outside the financial establishment. They see the world differently, often overlooking nationalized borders with travel-heavy lifestyles and colleagues far flung across the globe.

As a 2018 survey from market research company Global Web Index found, crypto holders share key characteristics: They are “risk tolerant, ambitious consumers with a strong sense of personal agency.” Krista Steele, a recruiter who works for blockchain companies, says of blockchain professionals, “They’re flexible and innovative…willing to work from anywhere and go anywhere.” 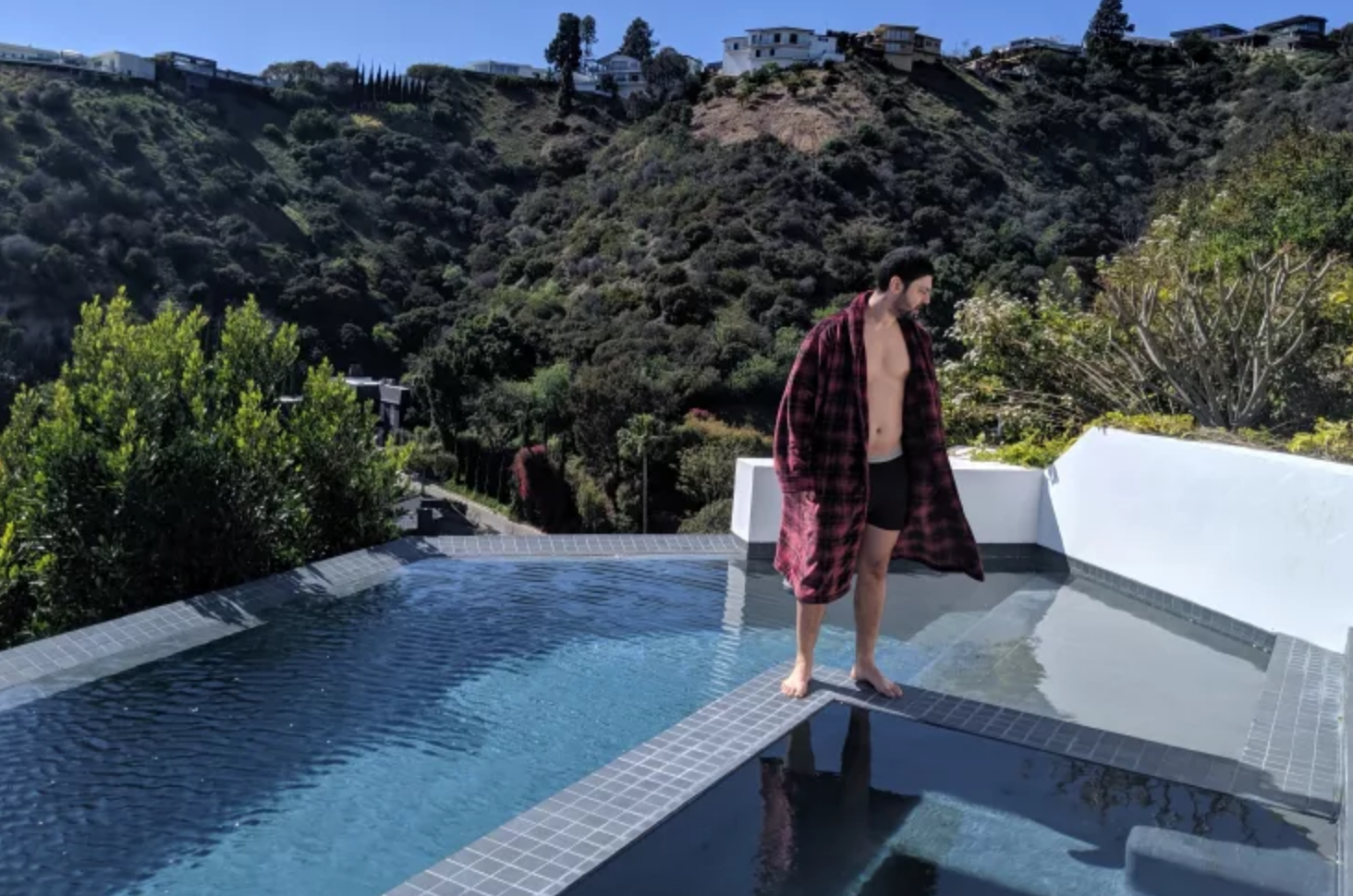 Now, eleven years after the birth of Bitcoin, another recession looms, but this one is different. “Since the 2008 recession, this is what a lot of Bitcoiners were expecting,” says Ann Brody, a social sciences researcher studying Ethereum at McGill University, “but I don’t think anyone could foresee that it would be a pandemic.” Because of their ethos and social structures, many members of “generation crypto” were prepared to weather a pandemic.

In a world that mistrusts contagion-carrying cash, many have long championed touchless payment systems. As the Federal Reserve prints money, bitcoin holders can feel increasingly smug about their non-fiat stores of wealth. The “money printers go brrrr” meme alerts the masses to “become aware that the current system is corrupted and we need alternatives,” Brody says, which cryptocurrencies and blockchain promise.

And those who’ve been working as parts of decentralized, global efforts are no strangers to the “WFH” ethos the masses have lately been forced to embrace due to  stay-at-home orders.

To draw an (admittedly early-stage) anthropological microscope over the group of people we’ll call “children of Satoshi,” we decided to interview a wide cross range of characters from across the cryptocurrency community and beyond.

Originally, this story was meant to be a snapshot of “generation crypto” in 2020, taking a look at various people who exemplify different aspects of this space and its ideologies. Mid-way through reporting, the coronavirus outbreak was characterized as a pandemic, crossing borders to affect the lives of everyone we spoke with – from a jet-setting investor with Chinese business partners to a farmer in rural Kenya, a libertarian lawyer in Connecticut to a digital nomad at the Women’s Economic Forum in Cairo.

So here is a small (and by no means exhaustive) sample of what “generation crypto” looks like going through the early stages of a pandemic. These are people who were adults when Bitcoin started, now operating in a disruptive industry that’s being disrupted. They’ve hunkered down in their friend’s mansion or mom’s houses or suburban second home, loaded up on food and even oxygen tanks, and are waiting bullishly for blockchain-powered currencies to moon.

Tyrone Ross Jr – The Financial Adviser
“Digital everything is going to become a thing, and the only thing that’s missing right now is a true global money that’s run on the internet.”

Preston Byrne – The Libertarian
“This really makes the libertarian case… Our world fell apart all around us, and the only thing that really mattered was whether you yourself were ready.”

Shanga Mbuli – The Community Currency User
There’s another upside to using Sarafu over Kenya Shillings during the COVID-19 outbreak – users don’t have to touch it.

Jesse Grushack – The Burner
The co-founder of Ujo Music, the Ethereal festival and one of the main organizers of Node Republik, a Burning Man camp for ConsenSys workers and Ethereum enthusiasts.

Phu Styles – The Decentralized Lifestyle Guru
“A lot of people call it digital nomadism, but it’s more than just that. [It’s about] wanting to build communities all over the world.”

Ameen Soleimani – The Entrepreneur
“Eventually the old people will die, the rules will go with them, and newer generations will set the cultural norms. As entrepreneurs, it’s part of our role to bring those new concepts into the world.”