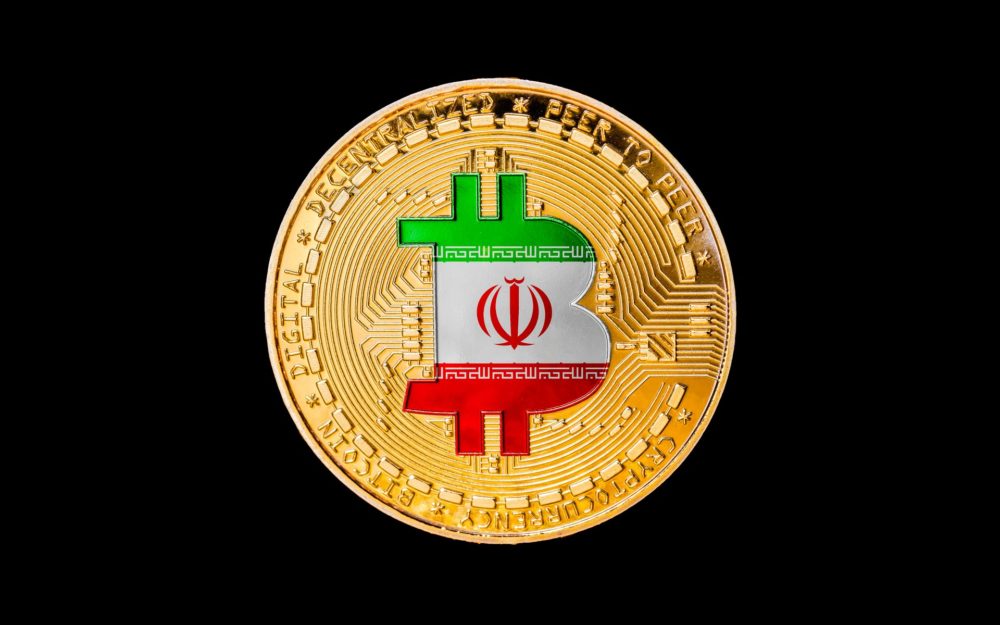 In fact, as announced by the Iranian news portal Ibena, Seyyed Aboutaleb Najafi, the CEO of Informatics Services Corporation (ISC), has declared that the project of a national cryptocurrency is already in the “pilot stage”, but still waiting for the approval of the Central Bank itself.

US Sanctions On Bitcoin Inevitable or Impossible To Implement

Once approved, it will move on to the next stage of implementation across the entire national banking system.

Najafi said: “In order to realize renovation and create new infrastructure in our banking system, banks’ back-end processes which is still in paper and traditional way should be changed and evolved”.

He also added that the objective of the development of the new infrastructure is to assess the ability of blockchains and cryptocurrencies to enable the development of financial and payment services for the Iranian banking system, at interbank and commercial level.

In a subsequent press release, ISC also revealed some details about what will be Iran’s new national cryptocurrency: it will be anchored to the value of the national currency, the Rial. It has been designed and developed on the Hyper-ledger Fabric Platform technology, the issuer will be the country’s own Central Bank and the volume of the issue will depend on the bank’s future decisions.

In fact, it will be based on a private blockchain infrastructure and cannot be mined. Once tested, this infrastructure will be an ecosystem made available to all Iranian banks and companies active in the cryptocurrency sector.

Gholamreza Jalali, head of Iran’s Passive Defense Organization, told Mehr News: “Cryptocurrencies can help bypass certain sanctions through untraceable banking operations […] our major problem here is the US dollar, because the United States uses its national currency to control any country’s SWIFT operations, so we should reduce dependence on the dollar and replace it with another currency”.

According to Iran, the United States are using their advantageous position as issuers of a global currency to interfere with the policies of other countries. In this perspective, the new national cryptocurrency should give the country greater autonomy in its monetary policies.

The U.S. isn’t concerned by Europe’s plans for a special purpose vehicle to help enable trade with Iran after America reinstated sanctions, a U.S. official said on Monday.

The Trump Administration withdrew in May from an international agreement to ease sanctions against Iran in return for curbs to Tehran’s nuclear program, but Europe remains committed to the agreement.

The U.S. expects to find other “mechanisms” with which it will work together with European countries to address Iran’s destabilizing activities, said Sigal Mandelker, a senior U.S. Treasury Department official.

When asked about the special purpose vehicle, Ms. Mandelker said that, “the bigger news in Europe is that companies are withdrawing from Iran in droves, we know that there’s been discussions about an SPV or other mechanisms to try to continue to invest in Iran, but companies themselves are getting out.”

Iran Wants To Create Crypto To Confront ‘Economic Hegemony’ of US

Iran’s President has proposed to create a Muslim cryptocurrency as one of a number of means to confront the economic dominance of the United States.

Speaking at an Islamic conference in Malaysia on Dec. 19, Iranian President Hassan Rouhani called Muslim nations to strengthen financial and trade cooperation and to cut their reliance on U.S. dollar, according to a report by The Associated Press (AP).

As Rouhani argued that U.S. economic sanctions are the “main tools of domineering hegemony and bullying” of other nations. Rouhani put forward the establishment of a special banking and financial system among Muslim nations that use local currencies for trade. Local reports confirm that Rouhani proposed the creation of a cryptocurrency as part of the effort.

As Reported By The AP, Rouhani Said:

“The Muslim world should be designing measures to save themselves from the domination of the United States dollar and the American financial regime.”

Malaysia Supports Iranian President’s Idea To Create An Alternative To The U.S. Dollar

The conference was also attended by leaders of major Muslim countries including Turkey, Qatar and host Malaysia, while Saudi Arabia and Pakistan withdrew from the conference.

The idea of the Iranian President has reportedly met with support from Malaysia alone to date, as the country’s Prime Minister, Mahathir Mohamad, endorsed the initiative, as reported by local publication Free Malaysia Today. The official noted that this was the first time that Iran and Turkey are considering the opportunity of creating an alternative to the U.S. dollar. He said:

“We can use our own currencies or have a common currency.”

Meanwhile, Turkish President Recep Tayyip Erdogan apparently criticized the Organisation of Islamic Cooperation, arguing that the platform that connects the Muslim world together demonstrated a “lack of implementation.” Erdogan also outlined that Muslim countries needed to focus on Islamic financing, suggesting the establishment of a special working group.

Other Countries Trying To Bypass U.S. Sanctions With Crypto

A number of global jurisdictions have been considering the creation of a cryptocurrency to dodge sanctions by the U.S. to date. As reported by Cointelegraph in late September, authorities in North Korea announced their intention to issue a digital currency, with experts believing that the initiative aims to help the country to bypass sanctions by the U.S..

Meanwhile, Venezuela is apparently one of the most popular examples of countries trying to circumvent U.S. sanctions using their own crypto. Launched in February 2018, the Petro became the world’s first national oil-baked cryptocurrency.

An Iranian general is reportedly calling for the use of cryptocurrency to evade sanctions.

“We are demanding the creation of a more sophisticated mechanism (a commodities exchange) to bypass sanctions,” he said. “To circumvent sanctions, we must develop solutions such as the exchange of products and the use of cryptocurrencies with our partnerships [in other countries].”

The news was first shared by Coinit.ir, a Farsi-language crypto news organization, on Telegram Wednesday. (Telegram is a popular app for sharing information in Iran, with Bloomberg describing it as “one of the most influential messaging platforms in the Middle East.”)

Iran has long been a target of U.S. sanctions, with leaders and other residents being placed under individual sanctions through the U.S. Treasury Department Office of Foreign Asset Control’s “Specially Designated Nationals” list. Sanctions are designed to isolate a nation from the global financial system, preventing international entities from investing in local projects or letting sanctioned nations easily trade with global partners.

The first sanctioned crypto addresses even belonged to Iranian nationals.

More recently, the Financial Action Task Force, the intergovernmental body that creates standards for combating financial crime worldwide, added Iran to its own blacklist due to alleged non-compliance with anti-terrorism financing requirements.

Iran has been laying the groundwork for a broader use of cryptocurrencies. The national government had previously been working with blockchain startups to update its financial infrastructure, with private banks backing some projects and the central government going so far as to provide funding for at least one company.

Speculation that Iran would formally try to evade sanctions using cryptocurrency has long been rampant, but at least one source told CoinDesk in February 2019 that it would be “too suspicious” for the central bank to actually go ahead with any project in that area.

US Witnesses The De-dollarization of The Global Economy (#GotBitcoin?)