Kevin O’Leary, the popular investor featured on the well-known Shark Tank TV series, has been discussing Bitcoin and cryptocurrencies over the past week. His current stance is rather definitive, as he holds that they have no intrinsic value and fail as an asset class. Going back to 2013, however, it appears that his position was very different, as the investor said then that Bitcoin was here to stay and that no bank could control it.  Kevin O’Leary Of Shark Tank Fame Busted Lying About His Views On Bitcoin

Kevin O’Leary is a well-known investor, having enjoyed a serious boost to his publicity after becoming part of the popular investor-oriented show Shark Tank. Known as ‘Mr. Wonderful’, he has established himself as a disciplined investor, always scrutinous of his downsides and how they weigh in against the potential upside.

Back in 2013, however, O’Leary gave an interview to the CBC in which he discussed Bitcoin and cryptocurrencies. At the time of the interview, Bitcoin was trading at around $100, and it would go on to double in value by October.

It appears that back then O’Leary had a pretty clear view of what Bitcoin represented:

“This is a proxy for the mistrust that individuals have of central bankers. If you’re willing to take Bitcoin as a currency, a virtual Barbie currency to me, it has no basis, no central banker, no hard asset behind it, but if you don’t trust any other currency, this is where you go.”

Moreover, he claimed that Bitcoin could no longer be ignored. More precisely, O’Leary said:

“I ignore everything before it hits $1 billion in market cap. That happened recently with Bitcoin – well over a billion in value. It’s here to stay… owners of hard assets are willing to take Bitcoin, this is here to stay, that’s what’s going to happen, and no central bank can control it.” 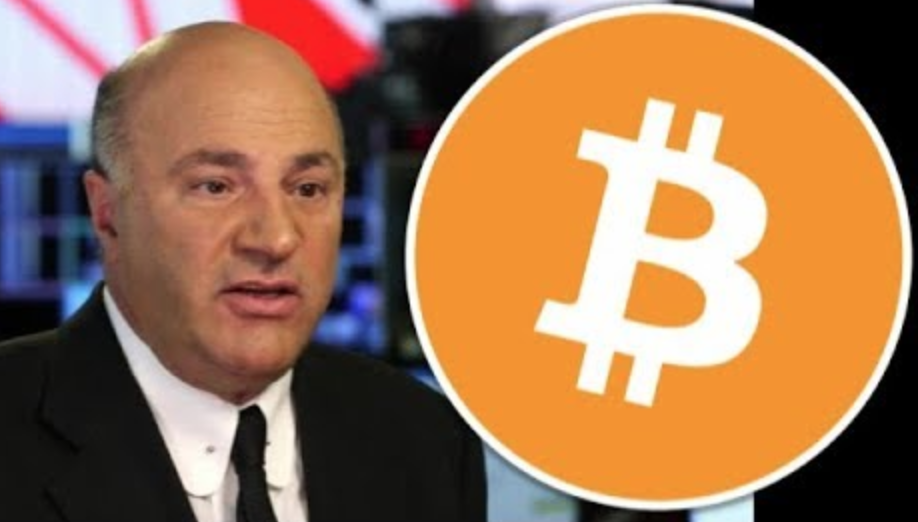 When asked about whether Bitcoin was a legitimate form of currency to trade, O’Leary said that “it is and as soon as it passed the billion and someone bought hard assets with it, in my book, it became real.”

What is even more interesting is that he said he was “willing” to take 2-3% of his basket and put it into Bitcoin. Whether that happened or not, however, is unknown.

A Dramatic Change of Heart

While O’Leary might have been fairly positive about Bitcoin back in 2013, his position now is different.

Most recently, O’Leary took part in a debate with Bitcoin proponent Anthony ‘Pomp’ Pompliano. He claimed that he had put $100 into various cryptocurrencies 2 years ago and that their worth was $30.62. He referred to digital assets as “crypto crap” and previously called Bitcoin a “useless currency.”

It’s unclear why the prominent investor has changed his mind so dramatically over the course of just a few years. This is especially puzzling when we consider his comments in 2013 in regards to Bitcoin’s market cap. After all, Bitcoin is currently trading a little shy of $12,000 and possesses a market cap of around $210 billion. What is more, it has become the 11th largest money in the world, as its market capitalization now exceeds the M0 money supply of the Canadian dollar (CAD). The network is also growing stronger as its hash rate consistently reaches new all-time highs.