California Gov. Jerry Brown on Sunday signed a bill reinstating Obama-era open-internet rules in the state, and the Justice Department responded almost immediately with a lawsuit seeking to overturn the law.

In a statement, Attorney General Jeff Sessions said that the federal government, not the states, should oversee the internet, and California had “enacted an extreme and illegal state law attempting to frustrate federal policy.”

State lawmakers in August passed the nation’s strongest net-neutrality provisions, with the support of all the legislature’s Democrats and some Republicans. The law forbids internet service providers from blocking websites, intentionally slowing down a website or app or accepting payments to make online services go faster. 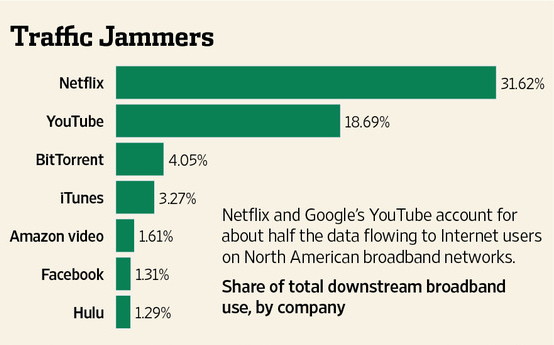 The measure’s regulations resemble those adopted by the Federal Communications Commission in 2015. Now led by Ajit Pai, President Trump’s choice for the role, the FCC undid those rules last year.

Experts had expected a legal showdown over the California measure. Mr. Pai, in a recent speech, called California’s measure “illegal.” In rolling back the Obama-era rules, the FCC claimed to pre-empt any state rules.

On Sunday, Mr. Pai said in a statement that he was “pleased” the Justice Department had filed suit. He added: “The internet is inherently an interstate information service. As such, only the federal government can set policy in this area.”

Mr. Pai contends the California law also would hurt consumers and is unnecessary to protect the open internet.

In response to the Justice Department suit, California Attorney General Xavier Becerra said, “While the Trump Administration continues to ignore the millions of Americans who voiced strong support for net-neutrality rules, California—home to countless start-ups, tech giants and nearly 40 million consumers—will not allow a handful of power brokers to dictate sources for information or the speed at which websites load.”

California is already fighting the Trump administration in court on a number of fronts, including environmental and immigration issues. Mr. Brown waited until the last day legally allowed to make his decision on the net-neutrality law. He didn’t issue a statement on his reasons for signing it.

Democrats in the state said the legislation was necessary to protect a competitive internet, echoing activists and many tech companies for whom the issue has become a rallying cry.

“Net neutrality, at its core, is the basic notion that we each get to decide where we go on the internet, as opposed to having that decision made for us by internet service providers,” said state Sen. Scott Wiener, a San Francisco Democrat who wrote the measure, said after Mr. Brown signed it Sunday but before the federal government lawsuit. “Today marks a true win for the internet and for an open society.”

But the California measure would go well beyond what other states have done, industry experts say

Beyond outlawing the blocking or slowdown of access to websites, the new law also bans, in certain cases, “zero rating,” an increasingly common practice where telecom providers stream content they favor without counting it against consumers’ data usage.

The California bill also says interconnection agreements—in which an online service pays a cable or wireless provider to carry its traffic—can’t be used by media companies to circumvent the open internet rules and receive faster speeds.

Cable and wireless companies that provide Internet service lobbied aggressively against the bill in the legislature.

They and other industry groups have argued the rules represent a government overreach and could create a patchwork of regulation.

Berners-Lee gave us the web nearly 30 years ago, but it didn’t quite work out the way he expected. As blockchain proponents work to provide decentralization and remove the technology giant’s monopolies on our data, Berners-Lee also has a solution. Solid, and his new company to drive the success of Solid – Inrupt.

It’s no secret that Berners-Lee is “devastated” by today’s internet.

Though he recognizes the internet has brought a “better and more connected world,” but for all the good, says Berners-Lee:

The web has evolved into an engine of inequity and division; swayed by powerful forces who use it for their own agendas.

Berners-Lee’s latest words arrive in a blog post on Inrupt, his new venture where he will be “guiding the next stage of the web in a very direct way.” Inrupt, Berners-Lee says, will be the “infrastructure” to allow his new web platform Solid to grow.

Working with Massachusetts Institute of Technology (MIT) and others Berners-Lee has developed the open-source Solid platform he believes will restore the “power and agency of individuals” and “restore balance.”

Solid’s focus is on giving individuals complete control over data, giving users a choice where data is stored and letting users decide which applications, people, or groups can access which elements of data. Users will be able to share the data they choose and applications will be able to use the same data at the same time.

Solid is being built for individuals, developers, and businesses and the web genius sees multiple market possibilities, including Solid apps and Solid data storage.

The project principle is “personal empowerment through data,” fundamental to the “success” of the next era of the web, the decentralized internet, or Web3, where data is controlled by the owning individuals and two-way.

Berners-Lee infers that Solid will have a cost to the user, but says:
People want apps that help them do what they want and need to do — without spying on them.

Apps that don’t have an ulterior motive of  distracting them with propositions to buy this or that.

Berners-Lee founded Inrupt alongside technology business leader John Bruce, it will, he says, provide infrastructure, commercial energy, and an ecosystem for Solid. He believes open-source projects benefit from a commercial entity that also provides technical support and business services.

The combination of Solid and Inrupt, he hopes, will deliver trusted services and systems that work for everyone:

I’m incredibly optimistic for this next era of the web.

Though Berners-Lee is a supporter of blockchain technology, Solid is purportedly built on existing web technology rather than blockchain. He’s made no apparent mention of incorporating or integrating blockchain, yet at least.

To either work with Solid — or compete against its promise —blockchain technology may need to be interoperable, or prove its interoperability between chains.