Amazon drivers are hanging smartphones in trees to beat competition. Trumponomics Forces Amazon Drivers To Hang Cellphones From Trees Desperate To Get Gigs 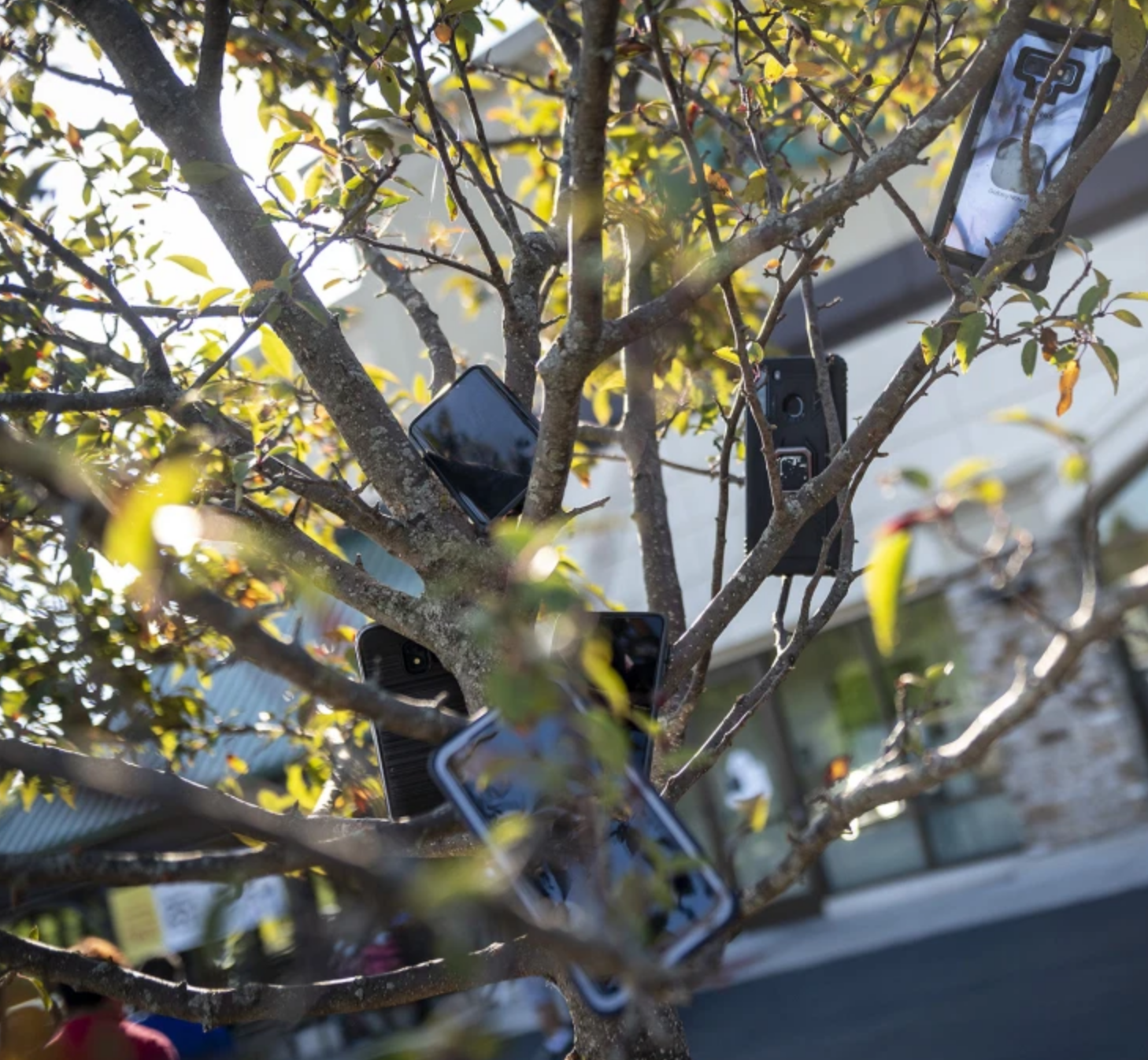 It’s a jungle out there for Amazon delivery drivers — who have started hanging smartphones in trees next to dispatch stations in the Chicago suburbs to get a leg up on rivals.

As part of the new “green” trend, which was also spotted at area Whole Foods, workers go out on a limb to take advantage of proximity-based software used by the firms to dole out delivery gigs, according to Bloomberg News.

“They’re gaming the system in a way that makes it harder for Amazon to figure it out,” Chetan Sharma, a wireless industry expert, told the outlet. “They’re just a step ahead of Amazon’s algorithm and its developers.”

To get a spit-second jump on the competition, the work-starved drivers sync their primary cellphones to a second one, dangle it from a branch and wait nearby, the outlet reported.

The low-hanging hack allows them to get assignments before other drivers who may be as close as one block away from the company buildings, according to experts and people familiar with the situation.

The work-starved drivers are resorting to the extreme measures — in some cases to score $15 delivery routes — amid the current economic down turn that’s been hit by a more than 10 percent unemployment rate.

Drivers who aren’t hip to the move have taken to social media to try to dig up dirt on their competitors’ tactics.

Others have complained to Amazon that cheating competitors are rigging the system, prompting a vague response from the company.

Previously, this included hanging around in Whole Foods parking lots, though Amazon warned drivers away from such behavior in June. “Waiting in the parking lot or using the store Wi-Fi is not an effective way to increase one’s chances of seeing an instant offer,” Amazon said in a statement.

To combat the gaming of the system, Amazon has changed the way the app works, with one source familiar with the app claiming it only required a “few lines of code.” Though the actual changes were not revealed, it appears that Amazon didn’t simply create a dead zone around store locations to discourage phone-hanging and stalking the parking lot, as doing so would increase delivery times for consumers.

The firm responded that it would investigate but wouldn’t be able to reveal the outcome to its drivers, according to internal emails obtained by Bloomberg.

The firm uses an Uber-like app dubbed Amazon Flex that lets drivers, who are paid per delivery, use their own cars and work their own hours. They must secure delivery routes via the app.

One reason Flex contractors do this is to get around the requirements for being a driver, such as having a valid license or being authorized to work in the U.S., according to a person familiar with the matter. In such cases, someone who meets the requirements downloads the Flex app and is offered a route earning $18 an hour. He or she accepts the route and then pays someone else $10 an hour to do it, said the person, who requested anonymity to discuss a private matter.

A Flex driver who has been monitoring the activity said the company needs to take steps to make sure all drivers are treated fairly.

At Chicago-area Whole Foods stores where the branch-dangling gadgets were spotted, drivers compete for quick-delivery grocery orders. The so-called “Instant Offers” require an immediate response from nearby workers and take between 15 and 45 minutes to complete.