Roger Stone, whose prison sentence was recently commuted by President Trump, was heard using a racial slur during a heated radio interview on KFI AM 640’s Mr Mo’Kelly Show on Saturday evening, where he talked about his conviction in relation to the Mueller investigation. Roger Stone Uses Racial Slur In Live Radio Interview With Black Host 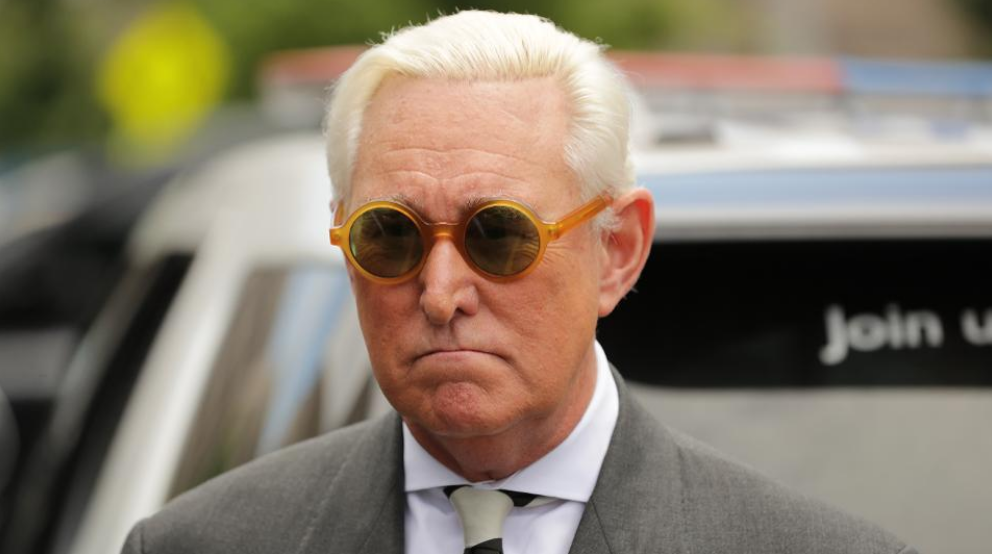 Stone Was Heard Using The Word “Negro” Live On Air On Saturday Night, Before Denying It

Stone, a longtime advisor to Trump, appeared on the show just over a week after the President commuted his 40 month prison sentence after Stone was convicted of lying to Congress, witness tampering and obstruction.

Around 12 minutes into the interview, host Morris O’Kelly pressed Stone on how his closeness to Trump influenced his commutation.

“I do believe that certain people are treated differently in the federal justice system…There are thousands of people treated unfairly daily. Hell, your number just happened to come up in the lottery. I’m guessing it was more than just luck, Roger, right?,” O’Kelly asked Stone.

Stone was heard pausing before audibly muttering: “I don’t really feel like arguing with this negro,” to which O’Kelly responded by asking: “Roger? I’m sorry, what did you say?” 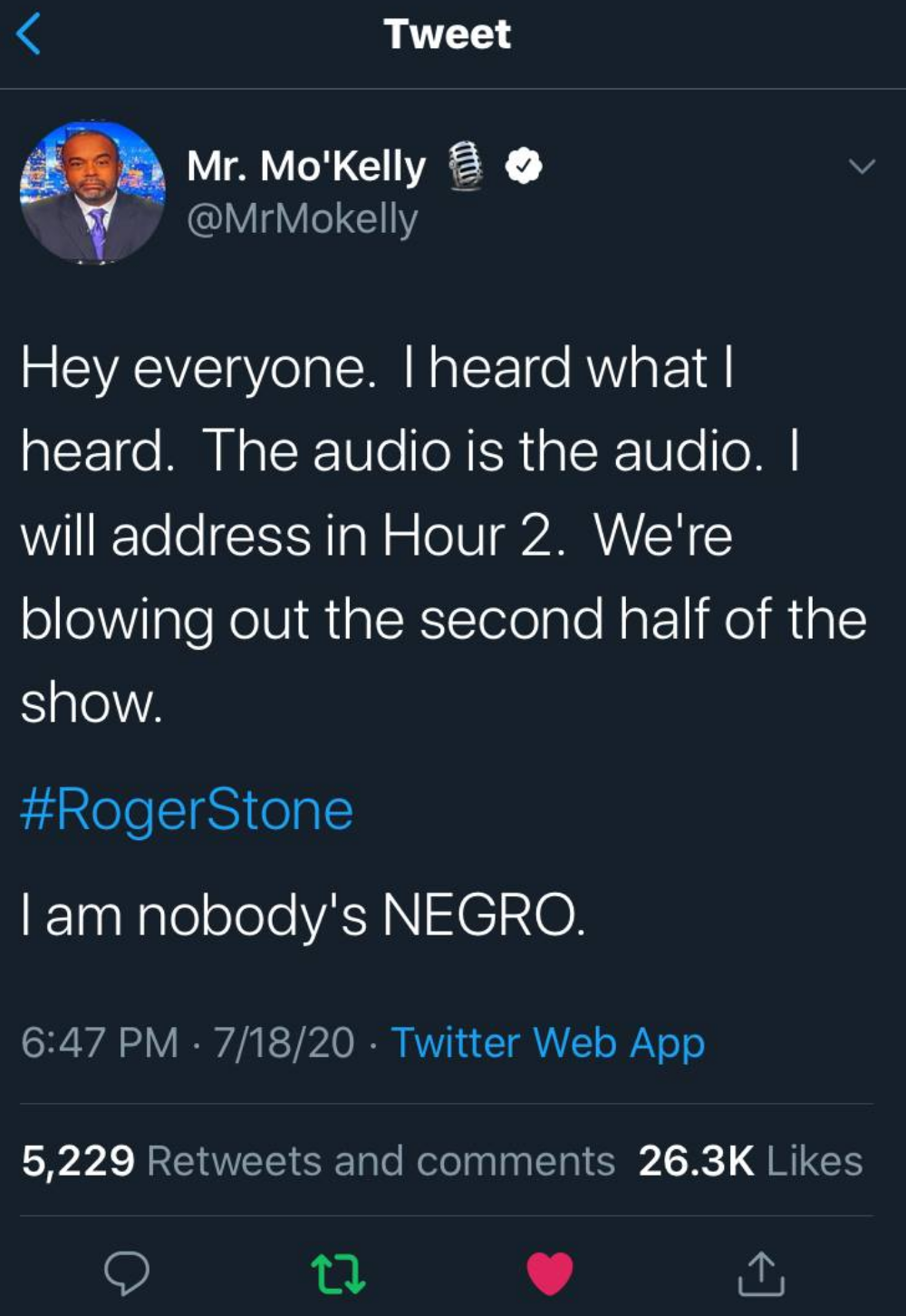 Stone stays silent for about 40 seconds, during which the line remained audible, before he sighed and responded: “Uhh, you’re back, you there? Hello?”

Speaking with The New York Times after the interview, O’Kelly said the derogatory term was the “diet version of the N-word” and something that, as a Black man, he comes across “pretty frequently”.

“The only thing that I felt was true, honest and sincere that Roger Stone said was in that moment that he thought I was not listening. All of my professional accolades, all my professional bona fides went out the window because as far as he was concerned, he was talking and arguing with a Negro,” he told the paper.

Trump commuted Stone’s sentence just days before he was set to begin his sentence for obstructing the Congressional probe into Russian interference in the 2016 election. The move came after Trump called Stone’s conviction a “double standard” and defended the operative as a victim of a witch hunt and “hoax” investigation. Stone’s commutation split prominent Republicans over concerns that Trump, who reportedly acted in defiance of Attorney General William Barr, disregarded the rule of law to help his ally.  Following Trump’s commutation, Stone vowed to do “anything necessary…short of breaking the law” to help Trump get reelection come November.

Stone was previously banned from on-air interviews with CNN and MSNBC over previous tweets calling commentators “stupid negro” and “fat negro”, among other slurs and insults. He later deleted those tweets, Media Matters reported in 2016.