New York Gov. Andrew Cuomo will receive an Emmy for his leadership at the early stages of the coronavirus pandemic, according to Fox News. Governor Cuomo Gets Emmy For ‘Leadership’ During Pandemic. Trump Gets Nada, Zip, Bumpkis, Zelch!! 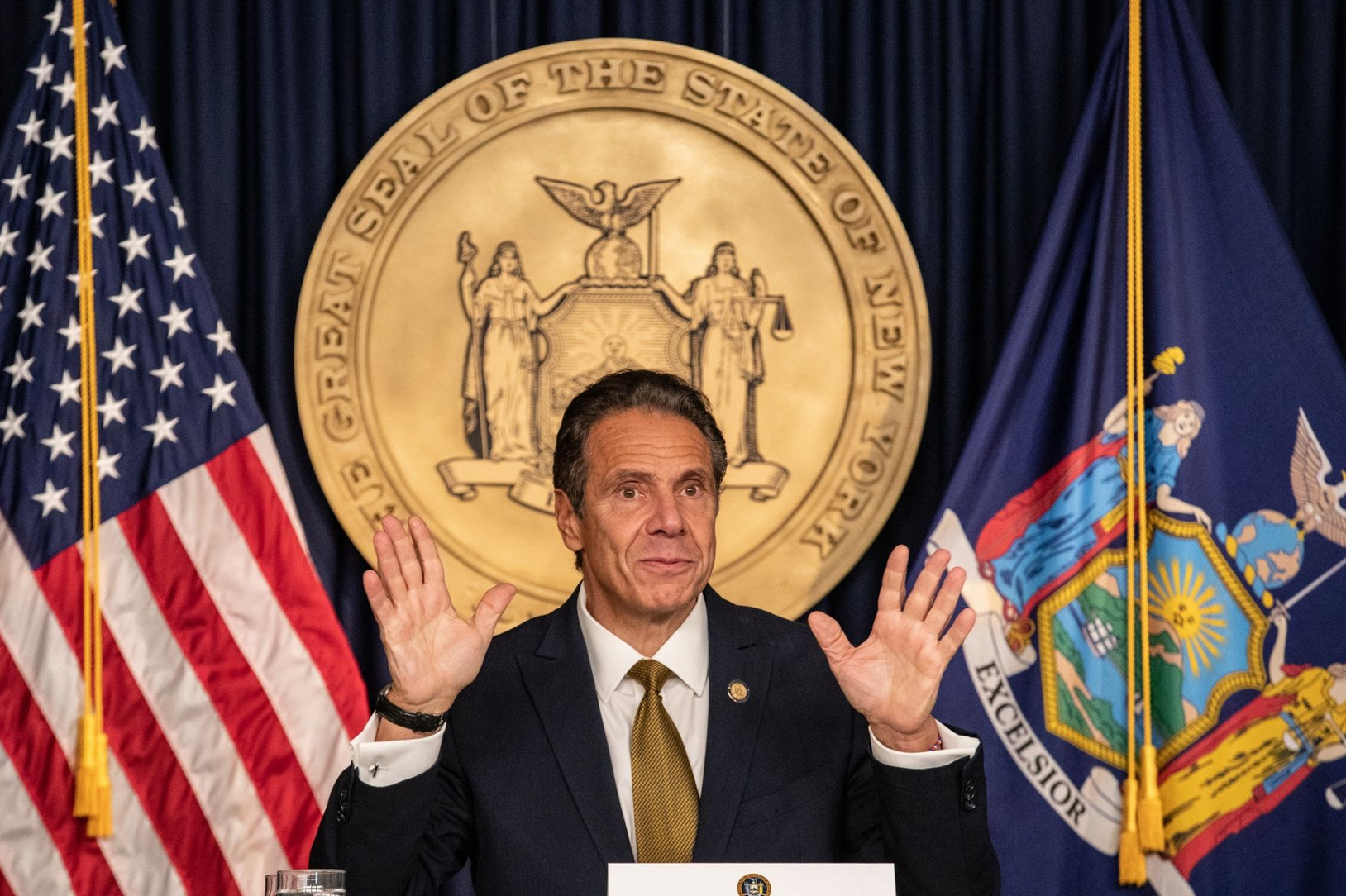 The International Emmy Awards said on Friday it will give Cuomo its Founder’s Award “in recognition of his leadership during the Covid19 pandemic & his masterful use of TV to inform & calm people around the world.”

“The Governor’s 111 daily briefings worked so well because he effectively created television shows, with characters, plot lines, and stories of success and failure,” International Academy President & CEO, Bruce Paisner said in a press release. “People around the world tuned in to find out what was going on, and New York tough became a symbol of the determination to fight back.”

The Emmys presents its Founder’s Award to people who “cross cultural boundaries to touch our common humanity.”

In the past, Vice President Al Gore, Oprah Winfrey, and Steven Spielberg have all received the honor. Cuomo will officially receive his award on Nov. 23.

Notable people on social media quickly lashed out at Cuomo for receiving the honor, pointing to his poor handling of the nursing home policy that was connected to the deaths of many elderly residents in New York.

“This is shameful,” “The View” co-host Meghan McCain tweeted.

Andrew Cuomo will receive an Emmy award for his “masterful use of television” to inform people during the pandemic, the organization said.

Gov Andrew M Cuomo of NY will receive the International Emmy Founders Award in recognition of his leadership during the Covid19 pandemic & his masterful use of TV to inform & calm people around the world. The Emmy will be presented to @NYGovCuomo on Nov 23 https://t.co/dwKIImwYNV pic.twitter.com/1mKkmg6FKW