“What Do I Do? What Do I Do?”: Trump Desperate, Despondent as Numbers Crater, “Loser” Label Looms. Republicans Give Trump Labor Day Deadline To Turn Things Around. After That, He’s On His Own 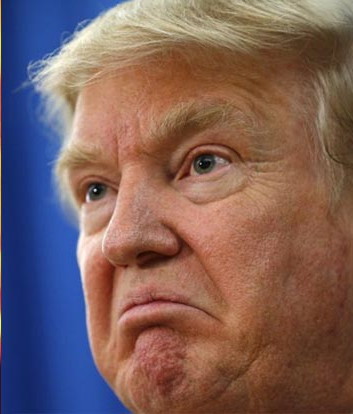 “They probably won’t have” the Jacksonville convention. The Joni Ernst campaign is angry at Trump’s horrible numbers. Meadows and Kushner are at loggerheads over Parscale. And if things don’t turn around by Labor Day, GOP defections may begin.

With Donald Trump’s approval sinking to Jimmy Carter levels and coronavirus cases spiking across the country, Trump is reluctantly waking up to the grim reality that, if the current situation holds, his reelection is gone. Republicans that have spoken with Trump in recent days describe him as depressed and “down in the dumps.”

“People around him think his heart’s not in it,” a Republican close to the White House said. Torn between the imperative to win suburban voters and his instincts to play to his base, Trump has complained to people that he’s in a political box with no obvious way out. According to the Republican, Trump called Tucker Carlson late last week and said, “what do I do? What do I do?”

To console himself, Trump still has moments of magical thinking. “He says the polls are all fake,” a Republican in touch with Trump told me. But the bad news keeps coming. This week, Jacksonville, Florida—where Trump moved the Republican National Convention so he could hold a 15,000-person rally next month—mandated that people wear masks indoors to slow the explosion of COVID-19 cases.

According to a Republican working on the convention, the campaign is now preparing to cancel the event so that Trump doesn’t suffer another Tulsa–like humiliation. “They probably won’t have it,” the source said. “It’s not going to be the soft landing Trump wanted.”

Neither the Trump campaign nor the White House responded to requests for comment.

Trump remains furious at his son-in-law Jared Kushner, whom he blames for the campaign’s dismal poll numbers. Axios reported this week that Trump complained privately that Kushner’s advice on criminal-justice reform damaged Trump politically. But because Kushner is family, sources say it’s unlikely that Trump will formally strip him of authority.

Kushner’s vast sway over West Wing decisions has become a flashpoint between him and Chief of Staff Mark Meadows, sources say. The two have been engaged in a cold war over control of the campaign. Meadows pushed Trump to replace campaign manager Brad Parscale, a Kushner ally, the Republican close to the White House said.

Kushner wasn’t happy that Meadows is close with Kushner’s adversaries Corey Lewandowski and David Bossie. “Meadows is in real shit. He went to war with Jared and tried to get Brad out,” the Republican, briefed on the internal debate, told me.

A couple weeks ago, Meadows unloaded about Kushner over dinner with his predecessor, Mick Mulvaney, at Sette Osteria near the White House. “All Mark did was complain how much operational control Jared has and how it leaves very little space for the chief of staff,” said a Republican briefed on the conversation. “Mark whined to Mick, ‘why didn’t you warn me before I accepted the job? There’s nothing for me to do.’”

Nervous Republicans worried about losing the Senate are now debating when to break from Trump. Trump campaign internal polls show Trump’s level of “strong support” dropping from 21 to 17 points since last week, a person briefed on the numbers said. A source close to Iowa Republican Joni Ernst’s campaign said Ernst advisers are upset that a solid seat is now in play.

“Joni’s campaign is pissed. They should not be in a competitive race,” the source said. (“This is completely false,” an Ernst campaign spokesperson said in a statement. “Folks are energized about re-electing Joni Ernst, President Trump and the rest of Republican ballot in Iowa this November.”)

A Republican strategist close to Mitch McConnell told me that Republicans have Labor Day penciled in as the deadline for Trump to have turned things around. After that, he’s on his own. 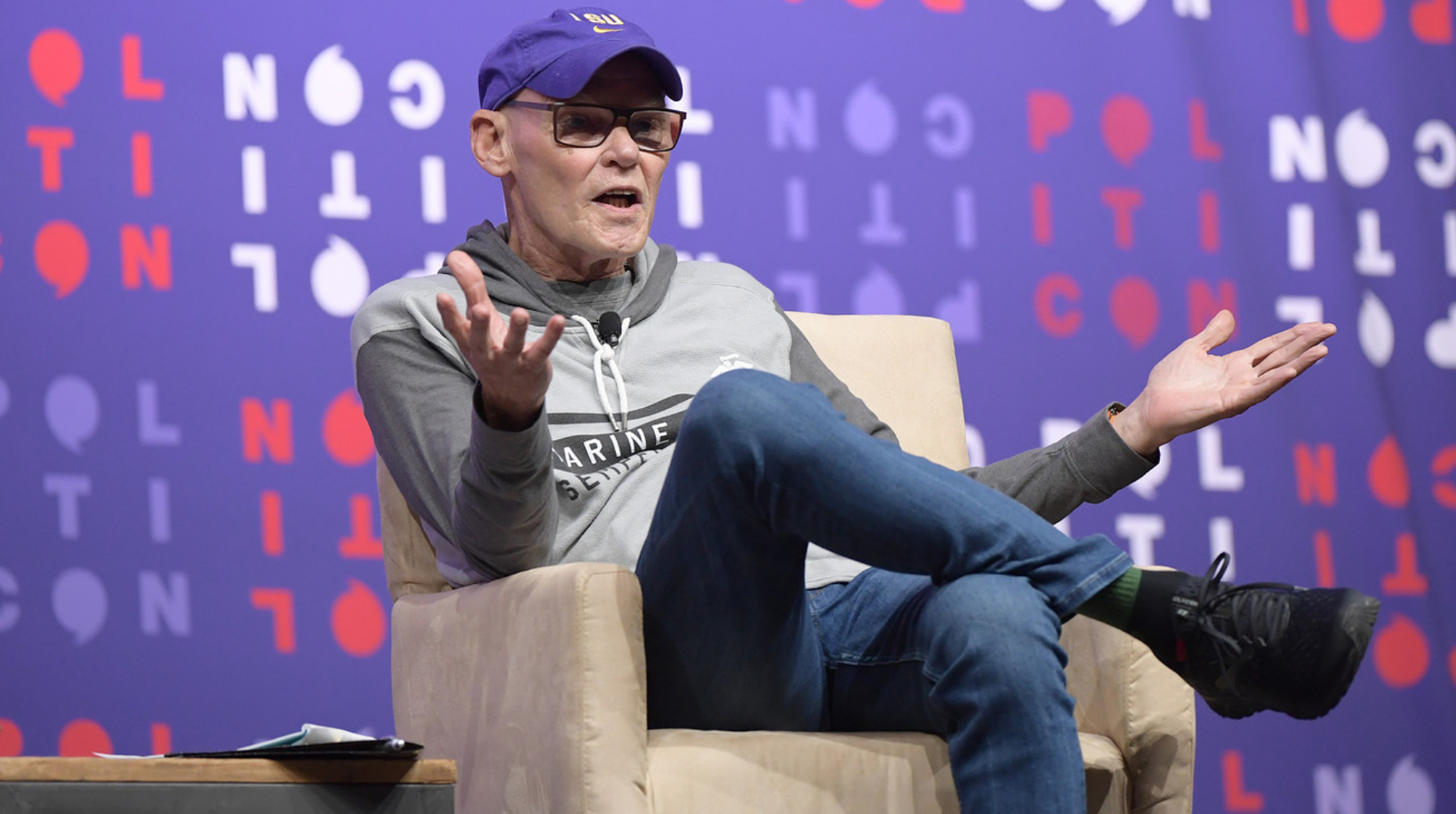 ‘I think there is a significant chance he doesn’t run. I mean, this thing is going so poorly. He’s so far back … to me, it doesn’t make much sense to run.’

That’s Democratic strategist and “2020 Politics War Room” co-host James Carville on MSNBC’s “Morning Joe” on Thursday morning, doubling down on his prediction last week that Donald Trump will drop out of the presidential race before November.

He suggested on the Comcast-operated news channel that Republican senators including Mitch McConnell of Kentucky, Lindsey Graham of South Carolina, Martha McSally of Arizona and Dan Sullivan of Alaska will try to separate themselves from Trump this fall.

Carville continued by asserting “the chances of that working are zero. He is gonna drag the whole outfit down with him.” He listed anti-Trump campaigns such as the Republican-led Lincoln Project “bludgeoning him every night” and spending “tens of millions of dollars” to stop Trump from being re-elected — or, in his words, “to extract this menace from the body politic.”

‘Trump has no idea of what he’s getting ready to get hit with. There are a lot more patriots in this country than he ever thought.’

He added that, “Jared [Kushner], or somebody, is gonna have to sit down and have a real, like, talk, a real man-to-man, a come-to-Jesus, as people used to say, I don’t know what. … That is, that which can’t continue will not.”

Carville isn’t the only one suggesting that the president will withdraw his re-election bid as Trump lags presumptive Democratic presidential nominee Joe Biden in most national polls, and coronavirus cases have continued to rise in 35 states over the past two weeks.

Earlier this week, Charlie Gasparino of Fox Business reported that “major players” in the GOP are wondering whether Trump should drop out. “It’s too early, but if the polls continue to worsen, you can see a scenario where he drops out,” one anonymous source is quoted as having said.

What’s more, Trump campaign spokesman Tim Murtaugh told Fox News that the rumblings of GOP operatives suggesting the president should quit the race are “the granddaddy of fake news.”

He continued, “Everyone knows that media polling has always been wrong about President Trump —­ they undersample Republicans and don’t screen for likely voters —­ in order to set false narratives. It won’t work. There was similar fretting in 2016, and if it had been accurate, Hillary Clinton would be in the White House right now.”

‘Fragile Mood’ Donald Trump May Drop Out Of Us 2020 Election If His Poll Numbers Don’t Improve, Republican Insiders Claim

DONALD Trump may drop out of the 2020 presidential race if he believes he can’t win, according to a Republican Party insider.

It’s been claimed the under-fire president is in a “fragile” mood after some polls showed him lagging behind Democrat rival Joe Biden.

However, those in the president’s campaign team have laughed off the claims calling them the “granddaddy of fake news.”

And others close to the outspoken world leader say it is just not in his nature to throw in the towel.

Speculation about Trump’s future was sparked after an unnamed source claimed he was feeling the heat.

“It’s too early, but if the polls continue to worsen, you can see a scenario where he drops out,” one Republican reportedly told Fox News.

Another party insider claimed: “I’ve heard the talk but I doubt it’s true. My bet is, he drops if he believes there’s no way to win.”

The unlikely claims come after a number of the president’s allies spoke out to say his re-election campaign was not going to plan.

“He is losing,” said former New Jersey Governor Chris Christie on ABC’s This Week on Sunday.

“And if he doesn’t change course, both in terms of the substance of what he’s discussing and the way that he approaches the American people, then he will lose.”

Fox correspondent Charles Gasparino later tweeted he had spoken to “major players” in the Republican party for his story.

He claimed one of them described Mr Trump’s mood as “fragile”.

Biden currently holds an average lead of nine points over the president, according to a tracker of 2020 polls by RealClearPolitics.

However, Trump has regularly lashed out out at any stats which show him trailing his election rival.

On Monday, he tweeted: ‘Sorry to inform the Do Nothing Democrats, but I am getting VERY GOOD internal Polling Numbers.

The president has found himself under pressure in the wake of his handling of the coronavirus crisis and the shocking death of George Floyd.

A poll commissioned by the Washington Post showed just 36 per cent of Americans approved of Trump’s handling of the Black Lives Matter protests.

And a New York Times poll found 58 per cent of Americans were unhappy about his handling of the outbreak.

Last month we reported how another poll found 54 per cent of Americans view Trump as  “below average”.

He was considered a failure by 43 per cent of those polled, compared to 21 per cent for Barrack Obama in the same survey.

However, those close to the man running the country say the numbers just don’t add up.

“Everyone knows that media polling has always been wrong about President Trump –­ they undersample Republicans and don’t screen for likely voters –­ in order to set false narratives,” said Trump campaign spokesman Tim Murtaughs.

“It won’t work. There was similar fretting in 2016 and if it had been accurate, Hillary Clinton would be in the White House right now.”

Last month, Trump said he would leave the White House peacefully if he lost in November’s presidential election but that it would be “a very bad thing for our country.”

He was responding to comments made by Biden who said that he was “absolutely convinced” the military would have to escort Trump from the White House if he refused to leave office.