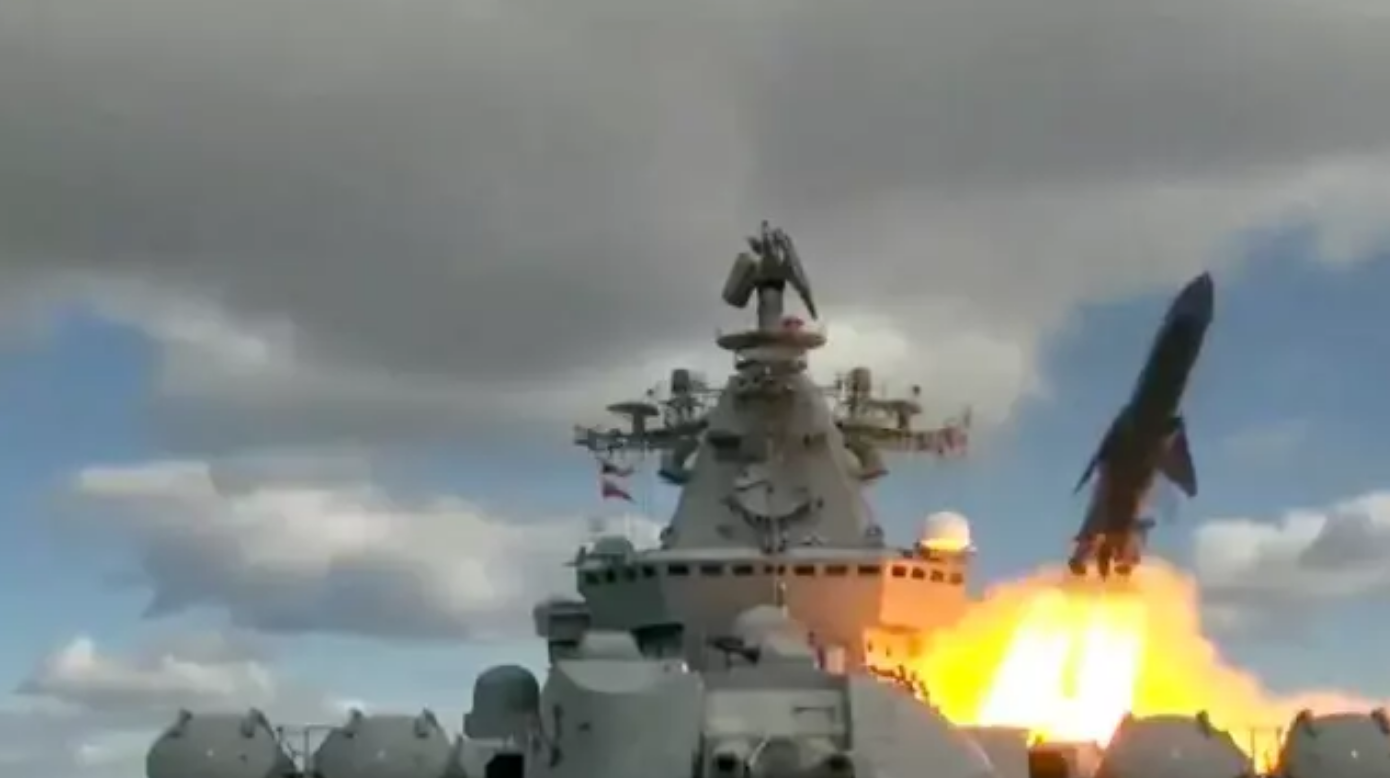 “We are holding such massive drills there for the first time ever,” Yevmenov said in a statement released by the Russian Defense Ministry on Friday, without disclosing exactly when the exercises began or if they had been completed.

“We are building up our forces to ensure the economic development of the region,” he said. “We are getting used to the Arctic spaces.”

Russia’s Pacific Fleet said that its Omsk nuclear submarine and Varyag missile cruiser “launched cruise missiles at a practice target in the Bering Sea as part of the exercise. The maneuvers also saw Onyx cruise missiles being fired at a practice target in the Gulf of Anadyr [in far northeast Siberia] from the coast of [Russia’s] Chukchi Peninsula [Asia’s easternmost peninsula].”

Late Thursday, the North American Aerospace Defense Command (NORAD) “sent F-22 fighter jets to intercept three groups of two Tu-142 Russian maritime patrol aircraft that came close to Alaska,” according to the AP. “The Russian aircraft remained in the area for about five hours and came within 50 nautical miles of Alaska. Officials said the Russian jets remained in international air space, and at no time entered United States or Canadian sovereign air space.”

Russia has expanded its military presence in the Arctic in recent years due to its highly valuable natural resources. The polar region is believed to contain up to one-quarter of the Earth’s undiscovered oil and gas, according to the report.

The U.S. Navy responded to Russia’s recent buildup in the Arctic region on May 4 by conducting military drills in the Barents Sea, north of Russia. They were the first such U.S. military exercises to be carried out in the Barents Sea since before the Cold War.

The U.S. military said on Saturday that two Russian military planes conducted an “unsafe” intercept of a U.S. Air Force B-52 over the Black Sea on Friday, the Air Force Times reported.

The Russian pilots flew in an unsafe and unprofessional manner while crossing within 100 feet of the nose of the B-52 multiple times at co-altitude and while in afterburner causing turbulence and restricting the B-52’s ability to maneuver,” the U.S. Air Forces in Europe – Air Forces Africa Public Affairs said in a statement.

The American B-52 flew over the Black Sea on Friday as part of a single-day mission in which U.S. Air Force B-52 Stratofortress bombers flew over all 30 NATO-member countries “to demonstrate NATO solidarity, enhance readiness, and provide training opportunities,” the U.S. European Command said.