The sessions have become a boring show of President vs. the press. Trump’s Wasted And Boring Briefings 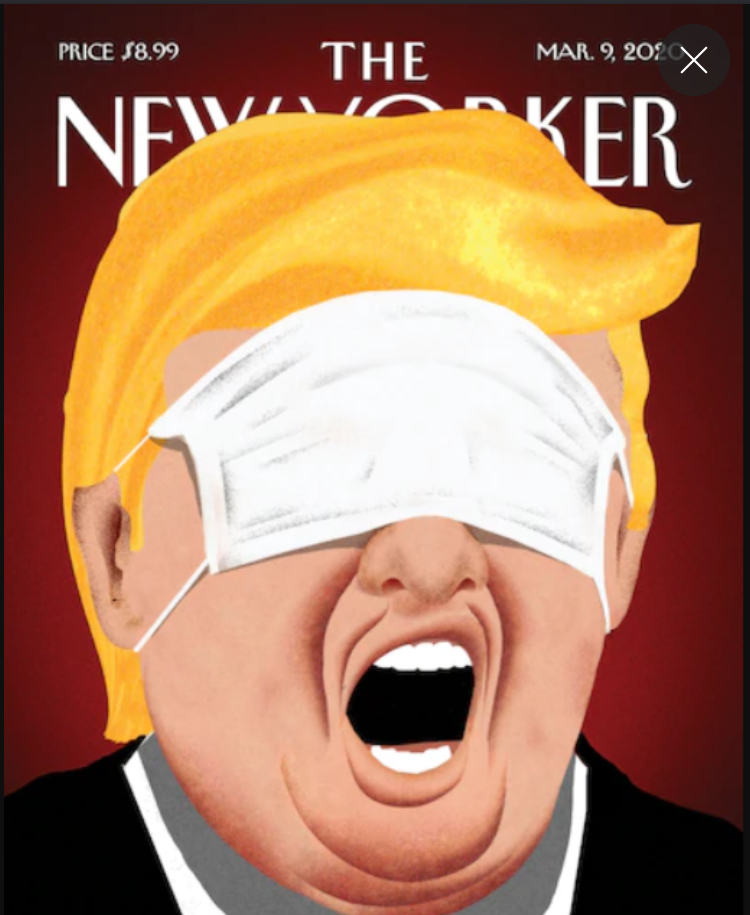 A friend of ours who voted for President Trump sent us a note recently saying that she had stopped watching the daily White House briefings of the coronavirus task force. Why? Because they have become less about defeating the virus and more about the many feuds of Donald J. Trump.

The briefings began as a good idea to educate the public about the dangers of the virus, how Americans should change their behavior, and what the government is doing to combat it. They showed seriousness of purpose, action to mobilize public and private resources, and a sense of optimism.

Mr. Trump benefitted in the polls not because he was the center of attention but because he showed he had put together a team of experts working to overcome a national health crisis. 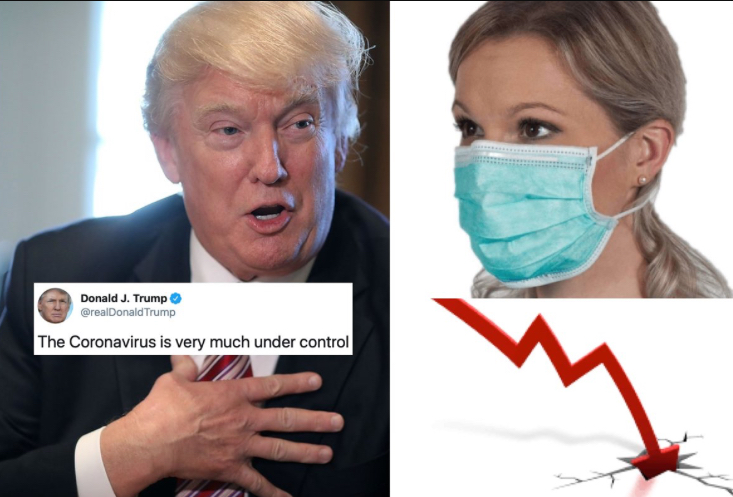 But sometime in the last three weeks Mr. Trump seems to have concluded that the briefings could be a showcase for him. Perhaps they substitute in his mind for the campaign rallies he can no longer hold because of the risks. Perhaps he resented the media adulation that New York Gov. Andrew Cuomo has been receiving for his daily show. Whatever the reason, the briefings are now all about the President.

They last for 90 minutes or more, and Mr. Trump dominates the stage. 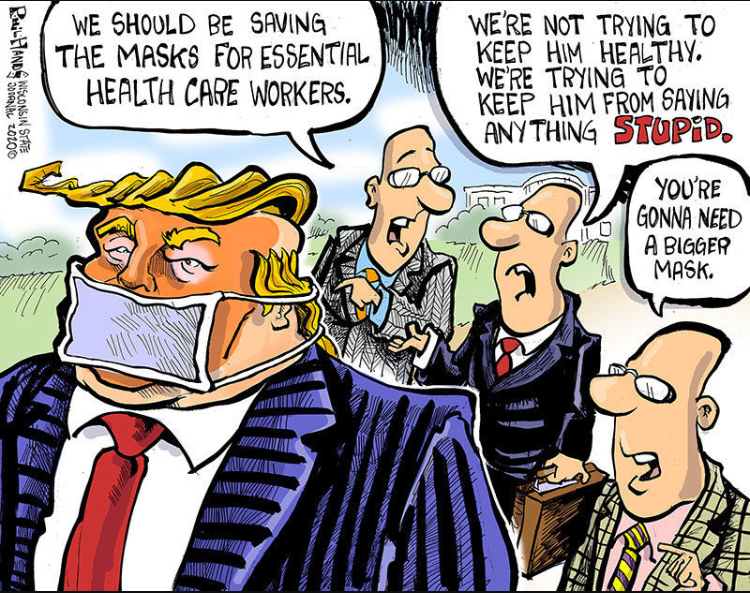 His first-rate health experts have become supporting actors, and sometimes barely that, ushered on stage to answer a technical question or two. Vice President Mike Pence, who leads the task force, doesn’t get on stage until the last 15 minutes or so. That becomes the most informative part of the session, since Mr. Pence understandably knows details the President doesn’t.

Mr. Trump opens each briefing by running through a blizzard of facts and numbers showing what the government is doing—this many tests, that many masks, so many ventilators going from here to there, and what a great job he’s doing.

Then Mr. Trump opens the door for questions, and the session deteriorates into a dispiriting brawl between the President and his antagonists in the White House press corps.

One of the ironies of this Presidency is that Mr. Trump claims to despise the press yet so eagerly plays its game. Every reporter knows the way to get a TV moment, and get a pat on the back from newsroom pals, is to bait Mr. Trump with a question about his previous statements or about criticism that someone has leveled against him.

On Tuesday Mr. Trump was asked, in a typically tendentious question, why he had compared the coronavirus to the flu. Instead of saying he had been hoping for the best but was wrong when he’d said that, he got into a fight over the severity of the flu. This sort of exchange usually devolves into a useless squabble that helps Mr. Trump’s critics and contributes little to public understanding.

The President’s outbursts against his political critics are also notably off key at this moment. This isn’t impeachment, and Covid-19 isn’t shifty Schiff. It’s a once-a-century threat to American life and livelihood.

The public doesn’t care who among the governors likes Mr. Trump, or whether the Obama Administration filled the national pandemic stockpile. There will be time for recriminations. What the public wants to know now is what Mr. Trump and his government is doing to prevent the deaths of their loved ones or help the family breadwinner stay employed. 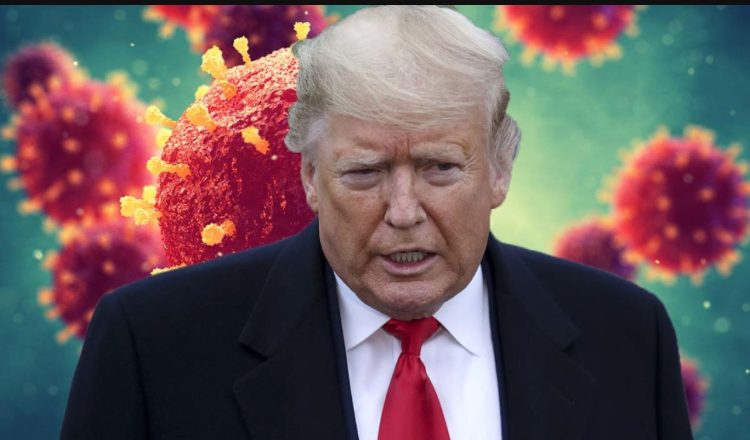 If Mr. Trump thinks these daily sessions will help him defeat Joe Biden, he’s wrong. This election is now about one issue: how well the public thinks the President has done in defeating the virus and restarting the economy.

If Americans conclude he succeeded in a crisis, they will forgive him for reacting more slowly than he and many others might have in January.

But on that score, voters will be persuaded by what they see in their lives and communities come the autumn. They will judge Mr. Trump by the results, not by how well he says he did. 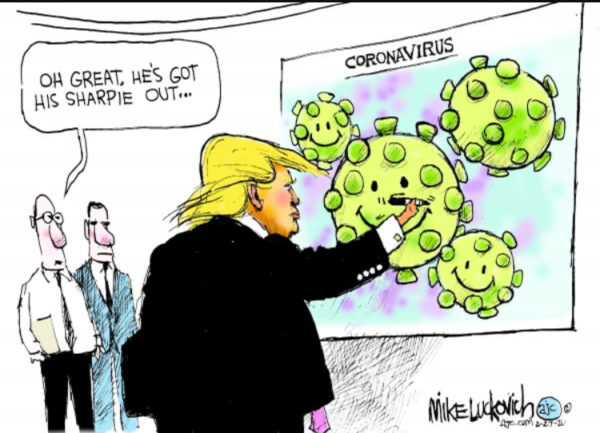 If Mr. Trump wants to make his briefings more helpful to the country, here’s our advice. Make them no more than 45 minutes, except on rare occasions. Let Mr. Pence lead them each day, focusing on one issue or problem. Mr. Pence can take the questions, and Mr. Trump can show up twice a week to reinforce the message. Maybe then our friend who was a Trump voter might start watching again.