As crude prices react to escalating tensions between the United States and the Islamic Republic of Iran, now is an important time to understand the key distinction between energy “independence” and energy “security” as the terms apply to the U.S. The Key Distinction Between U.S. Energy Independence And Energy Security 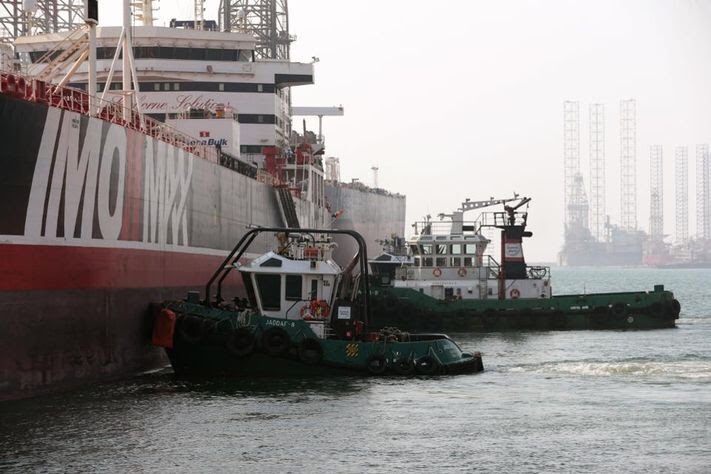 The British-flagged oil tanker Stena Impero, is docked in Dubai after sailing from the Iranian port of Bandar Abbas where it was held for over two months, on September 28, 2019. – Iran’s Revolutionary Guards had seized the vessel in the Strait of Hormuz on July 19 after surrounding it with attack boats and rappelling onto its deck. It was impounded for allegedly failing to respond to distress calls and turning off its transponder after hitting a fishing boat.

In the wake of last week’s U.S. drone strike that killed Iranian General Qassem Soleimani and several compatriots as they were trying to exit Iraq through Baghdad International Airport, some media commentators and government officials attempted to allay public concerns about potential disruptions in oil supplies by claiming that the United States now enjoys energy “independence” from reliance on Middle Eastern oil thanks largely to the Shale Revolution. That is an overstatement of the situation.

While there is no doubt that the United States does enjoy a much higher degree of energy “security” thanks largely to the rapid increase in its own domestic oil production over the last decade, it continues to import crude oil from the Middle East. According to Energy Information Administration (EIA) data, the United States imported and average of roughly 1 million barrels of oil per day (bopd) from various Persian Gulf countries through the first 10 months of 2019, an amount that constitutes about 5% of overall domestic oil consumption.

Not surprisingly, that dependence on Persian Gulf crude has been on a distinctly downward trajectory in recent years. That trajectory decline has become steeper during the Trump Administration, falling from about 2.15 million bopd (mmbopd) in January 2017, the month President Donald Trump assumed office, to 1.5 mmbopd in December 2017, and to .7 mmbopd in October 2019, which is the most recent month for which the EIA has reliable data.

During that same period of time, from January 2017 through October 2019, U.S. domestic oil production rose from 8.9 mmbopd to 12.7 mmbopd. Thus, we can see that that rapid rise of 3.8 mmbopd in domestic production has enabled the corresponding reduction in U.S. imports from Persian Gulf countries by 1.4 mmbopd.

Again during that same period of time, U.S. exports of its domestic crude oil rose from 711,000 bopd to 3.38 mmbopd, an increase of 2.67 mmbopd. Now, those are a lot of data points, all of which speak to a far higher degree of energy security as it relates to conflicts in the Middle East region than the United States enjoyed just a few years ago.

But “security” does not equal “independence,” which is why the U.S. still has a compelling national security interest in ensuring the free flow of oil through the Persian Gulf and the Strait of Hormuz, through which most Middle East oil tanker traffic must move.

That key choke point is surrounded by Iran and Iraq to the north and the United Arab Emirates and Oman on the Arabian Peninsula to the south. All of those countries, along with Saudi Arabia, export substantial quantities of crude through the Strait of Hormuz.

So, the United States is not energy independent, but there is no doubt that its rapid rise in domestic oil production and exports have made it – and the rest of the world – far more energy secure than was the case a few short years ago.

Those 3.8 million additional barrels of U.S. crude coming on the market every day, and consequential OPEC-Plus agreement that has other major exporting countries artificially reducing their own exports sends a signal to the markets that there exists a large volume of excess production capacity that can quickly fill any short-term interruptions in Persian Gulf tanker traffic.

U.S. producers have also demonstrated the ability to rapidly increase America’s oil production in response to any significant increase in commodity prices.