Donald Trump Has Caused Millions of People To Lose Their Life Savings (#GotBitcoin?)

As of 2/26/2020 the stock market is now in “correction mode“. Donald Trump Has Caused Millions of People To Lose Their Life Savings (#GotBitcoin?)

A stock market correction is when the market falls 10 percent from its 52-week high. 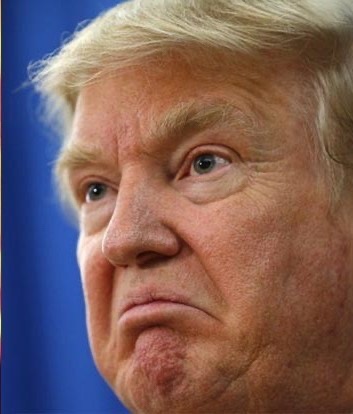 How Stupid Is This President?

Those people who are 50, 60 and 70 years old were told repeatedly by Trump to invest in the stock market (at the highest point in history) and now that they’ve panic sold they have no time to make-up for Trump’s stupid investment advice.

• Online brokers Fidelity and Charles Schwab experienced technical difficulties that coincided with the 800-point drop in the Dow Jones Industrial Average at the open Monday.

• Fidelity clients took to Twitter to air their concerns about the technical issues.

Lack of Savings Worsens the Pain of Coronavirus Downturn

Many of the millions of restaurant, hotel and store workers affected by shutdowns are expected to fall behind on rent and other bills.

Alicia Cook was down to $22 on Monday, a month after her hours as head banquet chef at a hotel in Nacogdoches, Texas, had dwindled to almost nothing.

Her $10.25-an-hour wage had been enough to live on but not enough to save. A few hours of work over Easter will get her another $100.

“It’s five $20 bills to rub together and I got to give away four of them to the light bill,” she said.

Ms. Cook, 41, is one of the many working Americans who had little or no money set aside before the coronavirus pandemic closed much of the U.S. economy and ended a record-stretch of low unemployment and solid economic growth.

Roughly half of U.S. households have no emergency savings, according to a Federal Reserve survey released last year. Those that do may not have enough. Almost 60% said they couldn’t tap into rainy-day funds, borrow from family and friends or sell something to cover three months of living expenses.

This is particularly a problem for low-wage workers, including those who have borne the initial brunt of measures to stem the spread of infection, which closed stores, arenas, restaurants and hotels.

As of December 2019—before the shutdowns—households in the bottom 20% of incomes had seen their financial assets, such as money in the bank, stock and bond investments or retirement funds, fall by 34% since the end of the 2007-09 recession, according to Fed data adjusted for inflation. Those in the middle of the income distribution have seen just 4% growth.

“This is the richest country, yes, but it’s also a low-saving country,” said Annamaria Lusardi, an economist at George Washington University. “That’s where it’s going to bite.”

Before the coronavirus spread, when work was plentiful, it was easy to look past the savings shortage. But after at least 17 million people lost their jobs in recent weeks, many of those without much financial cushion will struggle to make ends meet, even with the expanded unemployment benefits and other forms of government assistance included in the $2 trillion legislative package enacted last month.

Many are lining up at food pantries. And many will fall behind in their rent, loan payments and other bills, amplifying the economic damage.

The first job losses hit workers whose tasks couldn’t be performed from home, people like waiters and waitresses—who make on average $26,800 a year, according to the Labor Department—or retail employees, who make $27,600.

Richard Carl Eiker, a maintenance man at a McDonald’s in North Kansas City, said he had to tap into the retirement nest egg he had built up over the years after his hours were cut back last month.

“Maybe another month or so of this I could see my savings wiped out,” he said. “Something that took years to accumulate could be gone in a matter of weeks.”

Economists point to two main reasons for the savings shortage.

First, incomes for all but the highest-income Americans have been stagnant or falling for decades. Median household income in 2018 was only about 3% higher than in 2000 after adjusting for inflation, according to the Census. For the poorest 20%, incomes had declined 2%.

“They’re barely paying the bills at the moment,” said Greg Kaplan, an economist at the University of Chicago. “There’s really not anything left to be able to save.”

The second reason has to do with the continuing effects of the debt households accumulated before the 2007-09 recession.

A new paper by Atif Mian, of Princeton University, Ludwig Straub of Harvard University and Amir Sufi of The University of Chicago found that rising income inequality over the past few decades created the conditions that fed the rise in debt held by lower-income households in the early 2000s.

As higher-earning families saw their incomes grow, they amassed more and more savings. Those savings helped keep interest rates low and spark a borrowing boom that inflated the housing bubble, the paper said.

The debt of the poorest Americans more than doubled during the housing bubble of the 2000s, Fed data show. After the bubble burst, borrowers spent several years paying down those loans, which reduced their ability to save.

The longer the economy remains shut down, the harder it will be for people to get back on their feet, said Abigail Wozniak, a senior economist at the Minneapolis Fed.

“People who had managed to claw back from the Great Recession and build up a bit of a cushion, they are probably burning through those reserves,” she said. “It’s going to be difficult for those households to put that back.”

After losing her job in the 2007-09 recession, Tureka Dixon, 43, studied to become a certified glazier, learning how to sheath office buildings in glass. As recently as a few weeks ago she was earning enough to support herself and her two sons in Philadelphia while setting a little bit aside.

A divorce and an unexpected surgery last year cost her some of her savings, but she had a plan to rebuild. On March 20, she got laid off and by the middle of last week was down to $600, enough for groceries through the end of the month but not much more. The mortgage and other bills would have to wait.

“I was on the road to get myself back on track,” she said. “I had it all figured out but then this happened. And it’s like a shock. It sets all your plans back.”