Who’s Watching Who? gSpy vs. iSpy

Randi Zuckerberg, sister of Mark, thinks she’s got problems? Last week she complained that a family photo posted to Facebook had been circulated on Twitter without her authorization.  Who’s Watching Who? gSpy vs. iSpy

Well, over a few hours around town that day I counted 57 cameras–at traffic lights, various stores and the bank–and my phone told me I switched between eight different cellphone towers. We are all being watched, whether we like it or not.

So who’s winning? It is a battle between you and the government–like Mad Magazine’s Spy vs. Spy comic, but it’s gSpy vs. iSpy.

Citizen Surveillance Is Playing A Major Role In Criminal Investigations

There are thousands of toll booths at bridges and turnpikes across America recording your license plate. There are 4,214 red-light cameras and 761 speed-trap cameras around the country. Add 494,151 cell towers and 400,000 ATMs that record video of your transactions. New York City alone has 2,400 official surveillance cameras and recently hired Microsoft to monitor real-time feeds as part of the Orwellian-named Domain Awareness System . 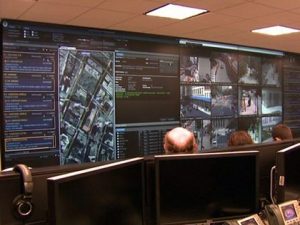 And that is nothing compared with England, where over four million surveillance cameras record the average Londoner 300 times a day.

Popular Mechanics magazine estimates that there are some 30 million commercial surveillance cameras in the U.S. logging billions of hours of video a week. I guarantee that you’re in hundreds if not thousands of these. In the year 1984, we only had lame amber-screened PCs running Lotus 123. Now, 64 years after George Orwell  sent “1984” to his publisher, we have cheap video cams and wireless links and terabyte drives and Big Brother is finally watching.

Cybersecurity For You And Your Business

So gSpy Is Winning, Right?

Not so fast. We are watching back. I know the precise number of red-light cameras because a website (poi-factory.com) crowdsources their locations and updates them daily for download to GPS devices. And 30 million surveillance cameras are a pittance compared with the 327 million cellphones in use across America, almost all of them with video cameras built in.

How do you think the “Don’t tase me, bro” guy protesting a 2007 speech by John Kerry ever got famous? Last year, when cops at the University of California at Davis were caught on video pepper-spraying protesters, they had to pay $30,000 each to 21 students to settle. A man arrested for blocking traffic at an Occupy Wall Street protest (who was there to defend police tactics, oddly) was acquitted when smartphone photos and video showed protesters on the sidewalk, not the street. Six members of the 2004 St. John’s basketball team had rape charges against them dropped when a video of the accuser’s extortion demands was recorded on a player’s cellphone.

Zapruder, Rodney King, the young Iranian Neda Agha-Soltan’s death by gunshot after her country’s rigged 2009 election. In America and increasingly across the world, iSpies are watching, too.

Both sides are getting more sophisticated. Snowboarders mount GoPro Hero cameras to their helmets to record up to eight hours of their exploits. So-called lifeloggers pin small, $199 “Memoto” cameras to their shirts and snap a photo every 30 seconds. With cheaper data storage, it is easy to envision iSpies logging audio, GPS and eventually video of our lives.

But gSpy is going further. Already a third of large U.S. police forces equip patrol cars with automatic license plate-readers that can check 1,000 plates per hour looking for scofflaws. Better pay those parking tickets because this system sure beats a broken tail light as an excuse to pull you over. U.S. Border Patrol already uses iris-recognition technology, with facial-recognition in the works, if not already deployed. How long until police identify 1,000 faces per hour walking around the streets of New York?

In September, Facebook turned off its facial-recognition technology world-wide after complaints from Ireland’s Data Protection Commission. I hope they turn it back on, as it is one of the few iSpy tools ahead of gSpy deployment.

The government has easy access to our tax information, stock trades, phone bills, medical records and credit-card spending, and it is just getting started. In Bluffdale, Utah, according to Wired magazine, the National Security Agency is building a $2 billion, one-million-square-foot facility with the capacity to consume $40 million of electricity a year, rivaling Google ‘s biggest data centers.

Some estimate the facility will be capable of storing five zettabytes of data. It goes tera, peta, exa, then zetta–so that’s like five billion terabyte drives, or more than enough to store every email, cellphone call, Google search and surveillance-camera video for a long time to come. Companies like Palantir Technologies (co-founded by early Facebook investor Peter Thiel) 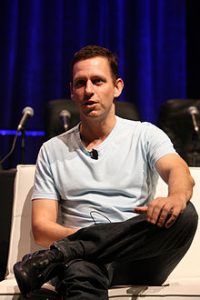 As with all technology, these tools will eventually be available to the public. Internet users created and stored 2.8 zettabytes in 2012. Facebook has a billion users. There are over 425 million Gmail accounts, which for most of us are personal records databases. But they’re vulnerable. We know from the takedown of former Gen. David Petraeus 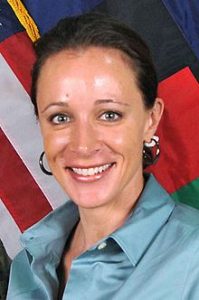 can open up that database to prying eyes. Google has accused China of cracking into Gmail accounts.

Google gets over 15,000 criminal investigation requests from the U.S. government each year, and the company says it complies 90% of the time. The Senate last week had a chance to block the feds from being able to read any domestic emails without a warrant–which would put some restraint on gSpy–but lawmakers passed it up. Google’s Eric Schmidt 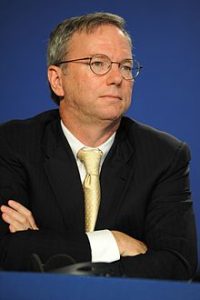 said in 2009, “If you have something that you don’t want anyone to know, maybe you shouldn’t be doing it in the first place.” Thanks, Eric.

From governments to individuals, the amount of information captured and stored is growing exponentially. Like it or not, a truism of digital technology is that if information is stored, it will get out. Mr. Schmidt is right. It doesn’t matter whether an iSpy friend of Randi Zuckerberg

tweets it or a future WikiLeaks pulls it out of the data center at Bluffdale and posts it for all to view. Gen. Petraeus knows it. Politicians yapping about “clinging to guns” or “the 47%” know it. Information wants to be free and will be. Plan for it. I’m paying my parking tickets this week.