Facebook knew of problems with how it measured viewership of video ads for more than a year before it revealed them in 2016, according to a complaint filed by advertisers. Advertisers Allege Facebook Failed to Disclose Key Metric Error For More Than A Year (#GotBitcoin?) 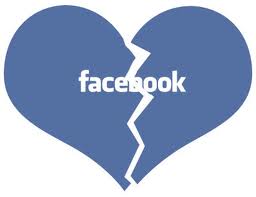 The filing followed the plaintiffs’ review of some 80,000 pages of internal Facebook records that they obtained as part of court proceedings.

The complaint, which cites the internal Facebook documents, also alleges that the scale of the miscalculation was far worse than understood.

“Facebook’s internal efforts behind the scenes reflect a company mentality of reckless indifference toward the accuracy of its metrics,” the plaintiffs said in Tuesday’s complaint.

In a statement, a Facebook spokeswoman said, “Suggestions that we in any way tried to hide this issue from our partners are false. We told our customers about the error when we discovered it—and updated our help center to explain the issue.”

Facebook said the lawsuit is “without merit” and has moved to dismiss the fraud claim.

The plaintiffs in the case include Crowd Siren, a small Las Vegas marketing agency, and Jonathan Murdough, a Pennsylvania resident who purchased Facebook video ads. 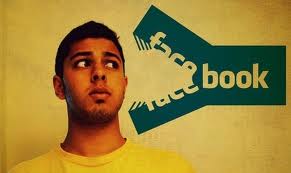 The lawsuit, which seeks class-action status, stemmed from a September 2016 report in The Wall Street Journal that said Facebook had vastly overestimated average viewing time for video ads on its platform. Facebook disclosed the issue in a post on its Advertiser Help Center that August.

The error, and Facebook’s handling of it, became a critical moment in the relationship between the social-media giant and the marketers who pay its bills. Many brands already were skeptical of the practice by Facebook and other tech giants to closely guard their internal ad data—with one top executive likening it to “grading their own homework.” The incident fueled renewed calls for Facebook to allow independent measurement and auditing.

Damping marketers’ concerns is important for Facebook as it seeks to grab a bigger piece of U.S. spending on online video ads, which is projected to grow 30% this year to $27.8 billion. Facebook is expected to account for almost 25% of U.S. video ad spending, eMarketer estimates.

For two years, Facebook had counted only video views that lasted more than three seconds when calculating its “average duration of video viewed” metric. Video views of under three seconds weren’t factored in, thereby inflating the average length of a view.

Facebook replaced the metric with “average watch time,” which reflects video views of any duration.
After disclosing the issue in 2016, Facebook said in a statement that it had “recently discovered” the error. 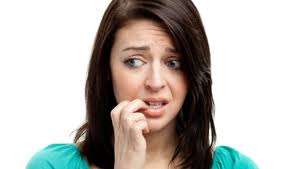 Facebook told some advertisers that it likely overestimated average time spent watching videos by between 60% and 80%. The plaintiffs alleged in Tuesday’s complaint that the error was much larger and that the average viewership metrics had been inflated by some 150% to 900%.

Facebook also said at the time that the error didn’t affect billings. However, in their complaint, the plaintiffs claim that Facebook’s misrepresentations “induced” advertisers to purchase video ads and to pay more for Facebook’s video ads because purchasers believed that users were watching their videos for longer than they actually were on average.

The claims that Facebook failed to act when it discovered the video metric error were in an August filing, but were heavily redacted at the time. In the latest version of the complaint filed Tuesday, those claims were unredacted.

The plaintiffs allege the Facebook documents show that by July 2015 the company had received inquiries from several advertisers about video metrics that appeared suspect, and had essentially determined the cause of the issue.

In June 2016, nearly a year later, a Facebook engineering manager, following up on advertisers’ complaints, discussed the issue internally, writing, “somehow there was no progress on the task for the year.” The plaintiffs also allege the company developed a “no PR” strategy to avoid drawing attention to the matter.

Facebook decided to “obfuscate the fact that we screwed up the math,” the complaint said, quoting the Facebook documents.

After the video-metric error, Facebook disclosed other errors in its measurement practices on several occasions and came under renewed pressure from the ad industry to make changes.

The Association of National Advertisers, a trade group that represents top marketers including Procter & Gamble Co. , General Electric Co. and Verizon Communications Inc., called on the company and other major digital ad-sellers to allow independent verification of their metrics.

Facebook has worked to address the matter by allowing more third-party measurement companies to validate its data, and by undergoing audits by the Media Rating Council, the media industry’s measurement watchdog. 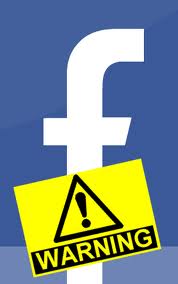 Jason Kint, chief executive of Digital Content Next, a trade organization that represents online publishers, said Facebook’s measurement practices have been detrimental to the digital advertising marketplace. “Facebook needs to lead with radical marketer and consumer transparency to get past this. We haven’t seen it yet,” he said.

Facebook Inc. could pay $40 million to settle a lawsuit from advertisers over miscalculated video metrics.

The legal battle began in 2016 after Facebook disclosed it had incorrectly calculated the average viewing time for video ads on its platform. For two years, the tech giant had only counted video views that lasted at least three seconds, ignoring those of shorter durations and artificially pushing the average length of a view higher. Facebook said it discovered the problem only a month before going public with it.

A group of small advertisers sued in California federal court, alleging that Facebook engaged in unfair competitive practices by providing inaccurate information. The plaintiffs later added claims that Facebook knew about the incorrect metrics long before it ultimately fixed them and that the error was larger than what Facebook told some advertisers.

The legal battle centered on how much the inflated metrics impacted advertisers’ businesses and the claim that Facebook knew about the inaccuracy of the information sooner than it had admitted.

Facebook argued that the impact was minimal because the company doesn’t bill advertisers based on video watch time.

The plaintiffs disputed that, calling average viewing time a common indirect barometer to guide ad-buying decisions: Clients would want to spend more on the video ads that people were actually watching.

“Video completion rate is still the reigning king out there from a [key performance] perspective, but watch time is absolutely one of the indicators that clients look at for business performance,” said Kait Boulos, vice president of marketing for Varick, an ad agency owned by MDC Partners Inc. “Marketers want to understand what percentage of people watched for the first quarter, half or even three quarters of a video.”

Under the terms of the proposed court settlement, Facebook would acknowledge it made an error in calculating its metrics but wouldn’t admit to any other allegations.

“This lawsuit is without merit but we believe resolving this case is in the best interests of the company and advertisers,” a Facebook spokeswoman said in a statement.

If approved, Facebook’s penalty will cost the company the $40 million settlement. But the case doesn’t seem to have damaged the continuing growth in its advertising business. In the second quarter of 2019, Facebook generated more than $16.6 billion in ad revenue, up 28% year over year. Facebook and Alphabet Inc. -owned Google are expected to account for 60.9% of U.S. digital ad revenue in 2019, according to eMarketer.