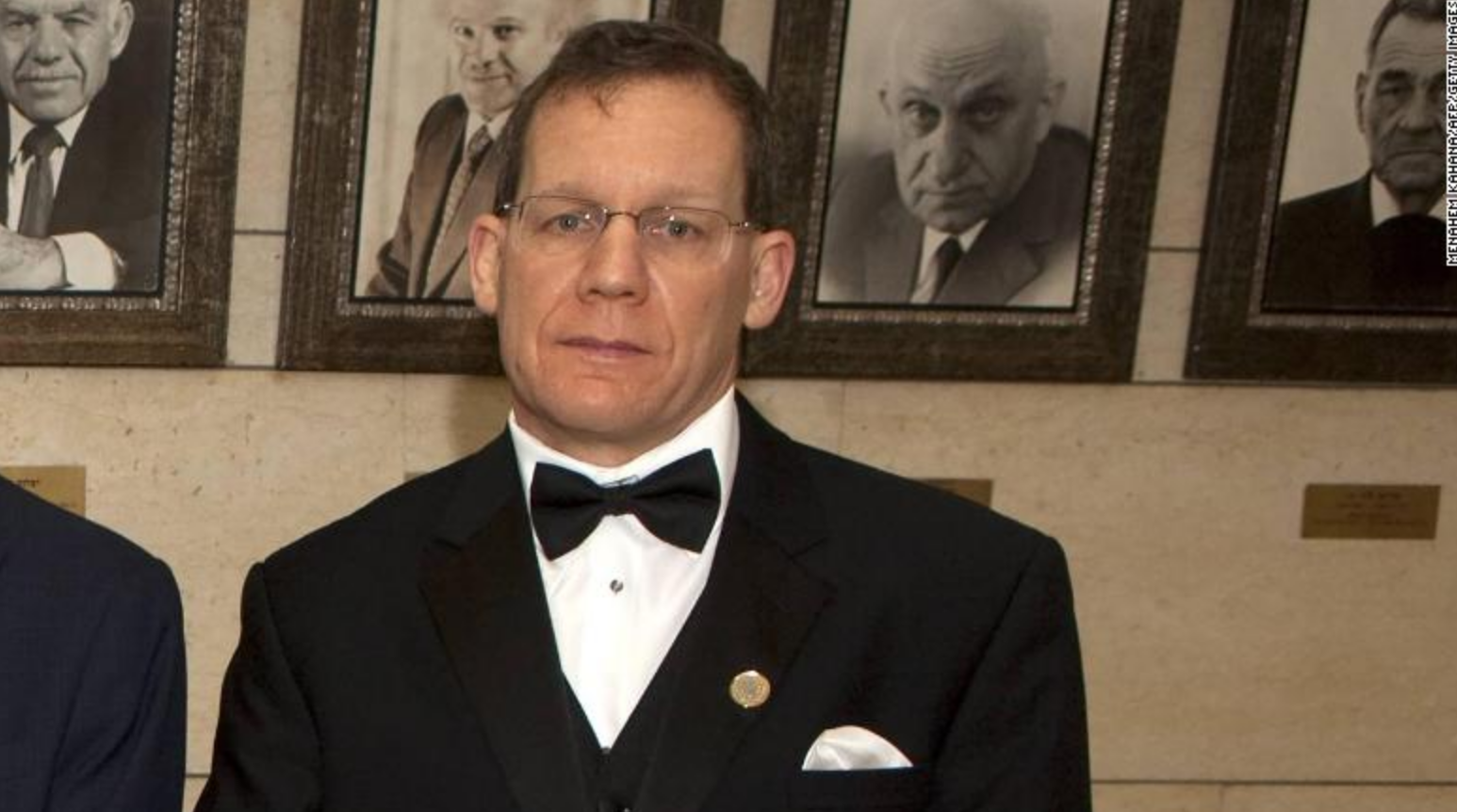 He was being paid $50,000 per month by the Chinese university and given $1.5 million to establish a nanoscience research lab at WUT, the complaint said.

A Harvard University professor and two other Chinese nationals were federally indicted in three separate cases for allegedly lying to the US about their involvement with China’s government, the US attorney for the district of Massachusetts announced Tuesday. 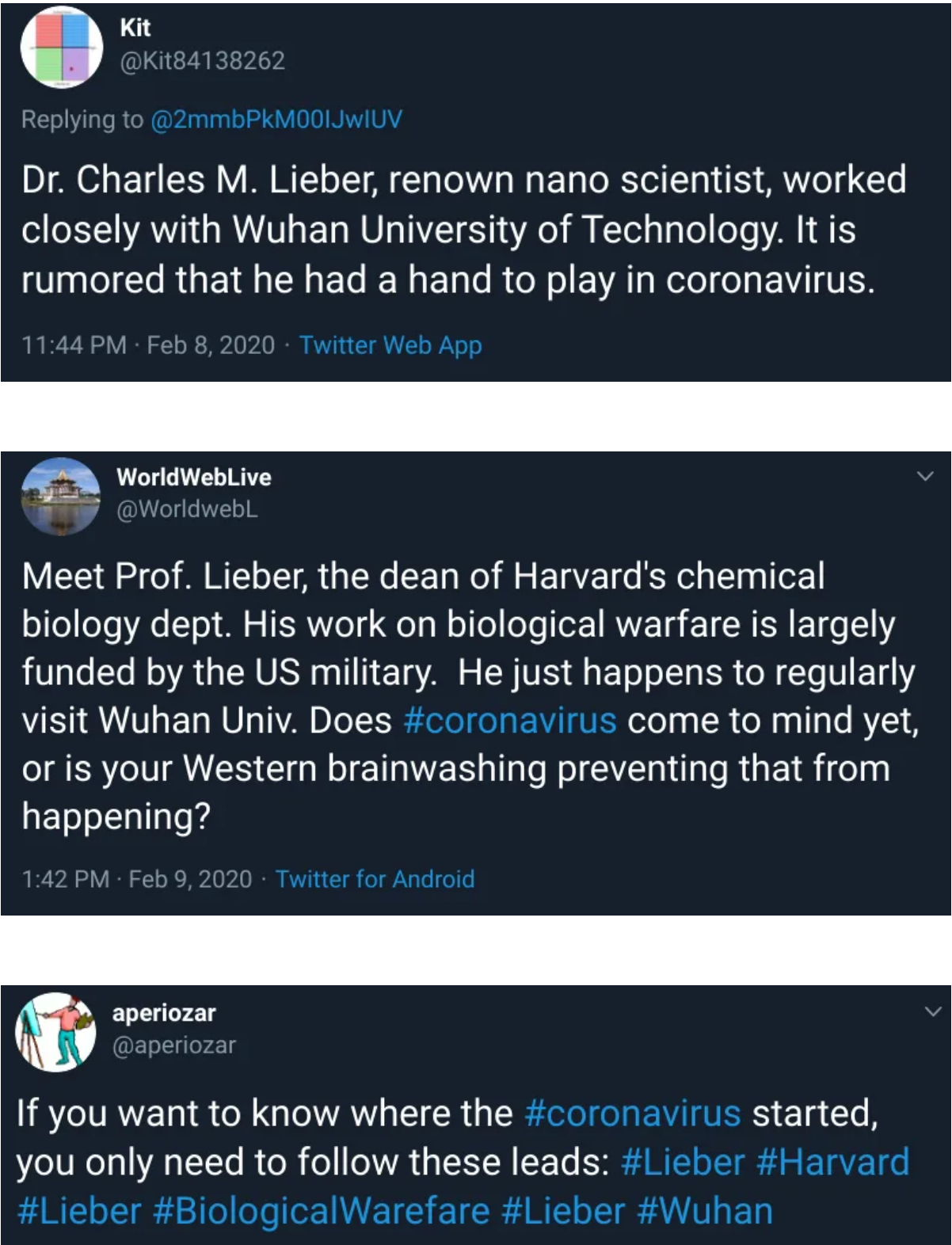 Dr. Charles Lieber, 60, who is the chair of Harvard’s Chemistry and Chemical Biology Department, is accused of lying about working with several Chinese organizations, where he collected hundreds of thousands of dollars from Chinese entities, US Attorney Andrew Lelling said at a news conference.

According to court documents, Lieber’s research group at Harvard had received over $15 million in funding from the National Institutes of Health and the Department of Defense, which requires disclosing foreign financial conflicts of interests.

The complaint alleges that Lieber had lied about his affiliation with the Wuhan University of Technology (WUT) in China and a contract he had with a Chinese talent recruitment plan to attract high-level scientists to the country.

CNN has reached out to an attorney for Lieber. In a statement, Harvard called the charges “extremely serious.”

“Harvard is cooperating with federal authorities, including the National Institutes of Health, and is conducting its own review of the alleged misconduct,” the university said in a statement. “Professor Lieber has been placed on indefinite administrative leave.”

In a separate indictment unsealed Tuesday, Yanqing Ye, a 29-year-old Chinese national, was charged with visa fraud, making false statements, conspiracy and being an unregistered agent, the US attorney’s office said.

Yanqing had falsely identified herself as a “student” on her visa application and lied about her military service while she was employed as a scientific researcher at Boston University, according to the indictment. She admitted to federal officers during an April 2019 interview that she held the rank of lieutenant with the People’s Liberation Army, court documents show.

Yanqing is accused of accessing US military websites and sending US documents and information to China, according to documents.

Last week, a cancer researcher, Zaosong Zheng, was indicted for trying to smuggle 21 vials of biological material out of the US to China and lying about it to federal investigators, Lelling said.

Zaosong, 30, whose entry was sponsored by Harvard University, had hidden the vials in a sock before boarding the plane, according to Lelling.

“This is not an accident or a coincidence. This is a small sample of China’s ongoing campaign to siphon off American technology and know-how for Chinese gain,” Lelling said.

Lelling said Boston is a target for this “kind of exploitation” because of its universities, hospitals, research institutions and tech companies in the area.

Lieber is scheduled to appear later Tuesday afternoon in federal court in Boston. Yanqing is currently in China.

Zaosong was arrested and charged last month. He has been detained since December 30.
CNN has reached out to an attorney Zaosong. It was not immediately clear if Yanqing had a lawyer.

When a researcher from a Chinese military academy applied to study with celebrated Boston University physicist Eugene Stanley, he said her affiliation didn’t raise red flags.

“I’m not interested at all in politics. I’m a scientist,” said Mr. Stanley, whose wide-ranging research has included using artificial intelligence to decode financial markets and applying statistical physics to prevent diseases.

The recent indictment of the researcher, who is accused of lying on her U.S. visa application to conceal she is a lieutenant in the Chinese military, shows how U.S. universities’ openness to international collaboration in cutting-edge research leaves them vulnerable to potential exploitation.

Mr. Stanley said that he receives droves of research requests and that he vets candidates’ scientific credentials. A Boston University spokesman said the school doesn’t engage in classified research and relies on the State Department to screen foreign applicants for national-security risks.

A range of U.S. agencies, from the Defense Department to the National Institutes of Health, have sounded alarms over Beijing’s alleged attempts to tap U.S. university expertise to boost China’s military and technological competitiveness.

U.S. officials accuse China of targeting academia, including by sending military researchers to American labs and using talent-recruitment programs to attract to China top-flight scientists, entrepreneurs and experts, as well as their intellectual property.

Federal prosecutors in Boston brought the most high-profile China recruitment case to date last month when they charged the chair of Harvard University’s chemistry department with deliberately lying about receiving millions of dollars in funding through Beijing’s Thousand Talents Plan. According to the complaint, Prof. Charles Lieber, who hasn’t entered a plea, signed a five-year agreement to conduct research on a battery technology to power electric vehicles, a field China wants to dominate.

A review by officials with the Texas A&M University System found that more than 100 faculty at its schools were involved with Chinese talent-recruitment programs, though only five had disclosed their participation.

Some university leaders have dismissed U.S. officials’ national-security concerns as exaggerated and discriminatory and said there should be no restrictions on unclassified research that is meant to be published. They have also said that international collaboration—particularly with China, given its trove of science and engineering talent—is essential to advancing scientific discovery.

Despite commitment to open exchanges, universities should consider drawing the line at working with China’s People’s Liberation Army, or PLA, suggests a 2018 report by the Australian Strategic Policy Institute, an Australian government-backed, nonpartisan think tank.

“Helping a rival military develop its expertise and technology isn’t in the national interest,” says the report by researcher Alex Joske. He found China’s military sponsored more than 2,500 scientists and engineers to study abroad over the prior decade, at times without their host schools’ knowledge of their military affiliation.

In the Boston University case, federal prosecutors accused Yanqing Ye of acting as an agent of a foreign government. On her application for a J-1 visa used for scholarly exchanges, she said she was a student at China’s National University of Defense Technology, but omitted that she was a lieutenant in the PLA, according to the indictment. It said she carried out assignments from military colleagues while at Boston University from 2017 to 2019.

A search of Ms. Ye’s electronic devices at Boston’s Logan Airport last April revealed messages instructing her to research a computer-security professor at the U.S. Naval Postgraduate School in Monterey, Calif. “Sure Teacher…I will start work on it immediately,” she replied, according to the indictment.

Ms. Ye didn’t respond to email requests for comment, nor did her university, which is one of the Chinese military’s leading research institutes. The Federal Bureau of Investigation, which recently issued a “Wanted” poster for her, said she is likely back in China.

Mr. Stanley, 78, is a renowned expert in statistical physics, having received numerous honors and fellowships. His lab has attracted more than 200 research associates and visiting scientists, including around 75 that appear to be from China, according to a copy of his résumé.

“If a person anywhere in the world wants to come to my group, and they have the money to come, I say why not?” he said, in an interview with The Wall Street Journal.

The Boston University spokesman said Mr. Stanley has been on leave since March 2019 and will retire at the end of 2020. He said that while the professor has brought collaborators from all over the world, the university applies the same criteria in reviewing visiting scholars, assessing their funding and academic credentials, among other factors.

In the fiscal year that ended on June 30, 2019, Boston University hosted 1,294 international scholars from 96 countries, with China as the top source, school data shows. Over the past year, the spokesman said, school administrators have educated faculty about U.S. government concerns of foreign influence and a policy-review committee has also made recommendations, which are being implemented.

The spokesman said the school counts on the U.S. State Department to vet visa requests “against organizations or individuals that are of concern to the U.S. government.”

A State Department spokesman declined to discuss specific cases but said that the Immigration and Nationality Act gives limited authority to deny visas. Currently, the spokesman said, consular officers may deny a visa on national-security grounds if they believe the applicant might intend to export a technology on a U.S. government control list. Many technologies, and basic research like that done in Mr. Stanley’s lab, aren’t on export-control lists.

Mr. Stanley said he is “totally overwhelmed” by the allegations against Ms. Ye. He said he doesn’t remember Ms. Ye well but found in his files a 2016 paper about machine learning that he had co-written with her and others before her stint at his lab in Boston. One of the co-authors was Ms. Ye’s university colleague Kewei Yang, a PLA colonel.

Machine learning, a field of AI, teaches computers to think like humans and has a range of civilian and military applications.

Col. Yang, identifiable as “Co-conspirator A” in the indictment, is accused of directing Ms. Ye while she was in Boston. He didn’t respond to requests for comment. On the paper he co-wrote with Ms. Ye and Mr. Stanley, both list their affiliations as National University of Defense Technology.

In 2015, the U.S. put the university on an export blacklist after finding it used U.S. semiconductors to build supercomputers, which, in addition to civilian tasks, are used in the development of nuclear weapons, encryption, missile defense and other systems. In a 2018 superseding indictment, Massachusetts prosecutors alleged the university was a top customer of a defendant accused of illegally exporting U.S. marine technology.

“Is it a bad place? I don’t know,” said Mr. Stanley, when asked if he had concerns about working with scholars from that school.