If This Isn’t A Clear Sign That The System Is Broken And Corrupt Then I don’t Know What More You Guys Need To See. Trump Praises Barr For ‘Taking Charge’ In Roger Stone Case (Broken/Corrupt System) (#GotBitcoin?) 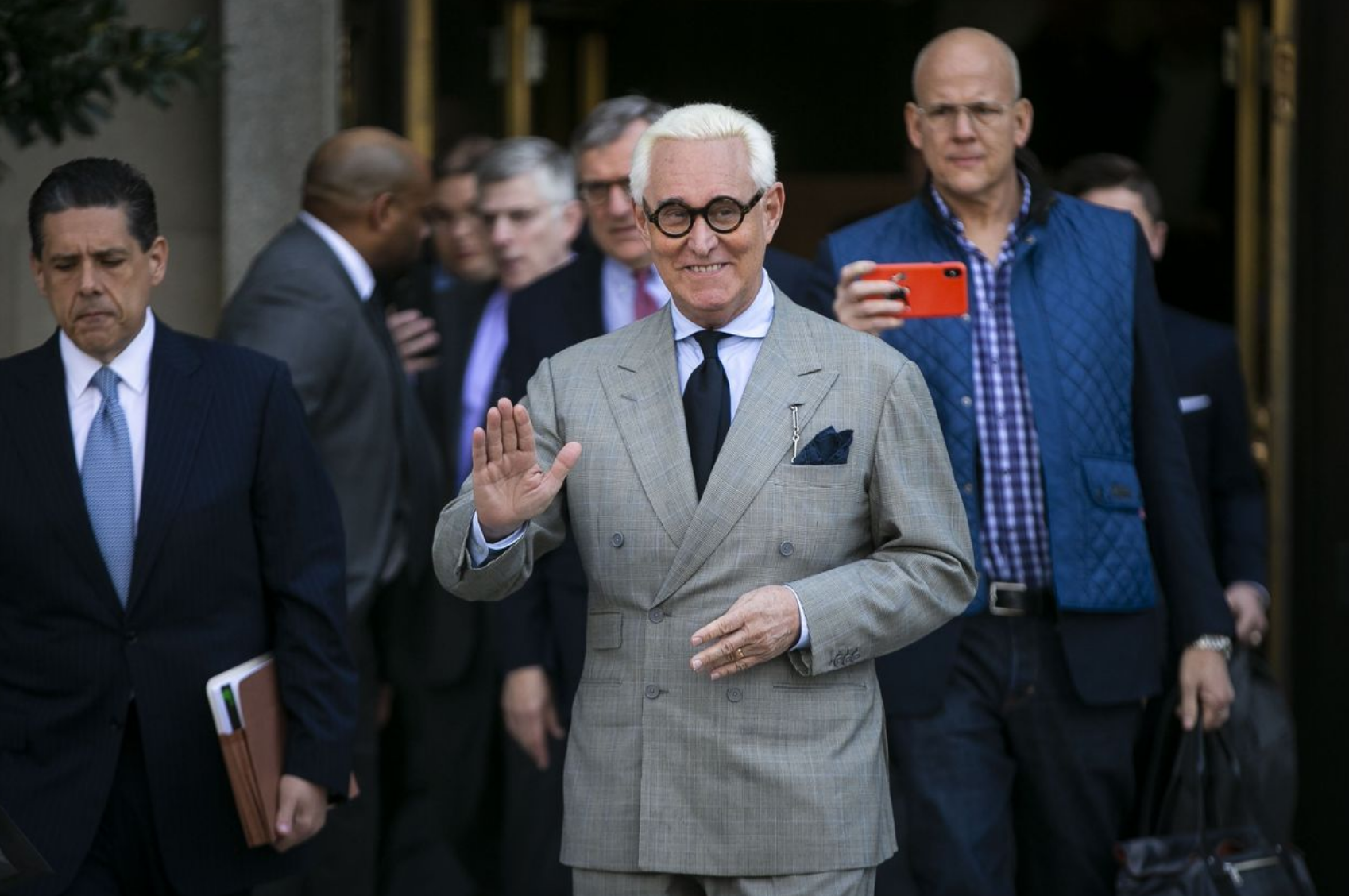 President Trump praised Attorney General William Barr for “taking charge” of the case against Roger Stone, weighing in on a controversy that started when the Justice Department reversed itself and moved to recommend less prison time for the president’s longtime confidant.

“Congratulations to Attorney General Bill Barr for taking charge of a case that was totally out of control and perhaps should not have even been brought,” Mr. Trump said in a tweet Wednesday morning.

Mr. Trump added in a second post, “9 years recommended for Roger Stone (who was not even working for the Trump Campaign). Gee, that sounds very fair! Rogue prosecutors maybe? The Swamp!”

The tweets came after four federal prosecutors withdrew from the case against Mr. Stone on Tuesday after the unusual intervention.

The Justice Department on Tuesday withdrew a recommendation that Mr. Stone serve seven-to-nine years in prison following his conviction last November for lying to Congress and witness tampering in connection with Robert Mueller’s investigation of Russian interference in the 2016 presidential election.

Mr. Trump said Tuesday that he didn’t play any role in that decision, though it came hours after he initially weighed in on Twitter about “a horrible and very unfair situation.” Speaking to reporters Tuesday afternoon, the president continued his criticism, saying, “I think it’s a disgrace.”

The Justice Department said the decision to revise the original sentencing recommendation for Mr. Stone was made Monday night, before Mr. Trump’s tweet. A senior Justice Department official said the agency wanted to clarify that it believed a sentence below the guidelines would still serve the interests of justice.

But the sequence of events, including the swift reversal and the subsequent withdrawals and resignation, are largely without recent precedent, and prosecutors within the agency and former colleagues expressed shock at the developments.

Congressional Democrats demanded an investigation. “It would be a blatant abuse of power if President Trump has in fact intervened to reverse the recommendations of career prosecutors at the Department of Justice,” said Rep. Adam Schiff (D., Calif.), chairman of the House Intelligence Committee and the lead manager of the House’s impeachment of Mr. Trump.

Mr. Trump on Tuesday night issued a series of tweets on the case, at one point questioning whether the prosecutors who “cut and ran” from the case were “Mueller people.”

His involvement in the case is the latest complication for administration officials who maintain their actions aren’t dictated by the president.

National Security adviser Robert O’Brien said Tuesday it was his decision to remove Army Lt. Col. Alexander Vindman from the National Security Council, dismissing criticism it was retribution for his testimony in the impeachment proceeding. But Mr. Trump has continued to sharply criticize Col. Vindman and told reporters Tuesday, “We sent him on his way to a much different location and the military can handle him any way they want.”