The publication called the president’s Twitter feed ‘a near perfect example of a human being who is morally lost and confused’. Christianity Today — Founded By Billy Graham — Calls For President Trump To Be Removed From Office

Evangelical Christians make up about 25% of U.S. voters, according to Pew Research, and have been a bedrock of Trump’s support. In 2016, he took over 80% of the group’s votes, per Pew’s polling.

In making its case, the magazine referred to the same stance it took on the impeachment of former President Bill Clinton, when it called for his removal.

“Unfortunately, the words that we applied to Mr. Clinton 20 years ago apply almost perfectly to our current president,” the editorial said.

Evangelical magazine Christianity Today, founded by the late Rev. Billy Graham, called for President Donald Trump to be removed from office in a blistering editorial Thursday. 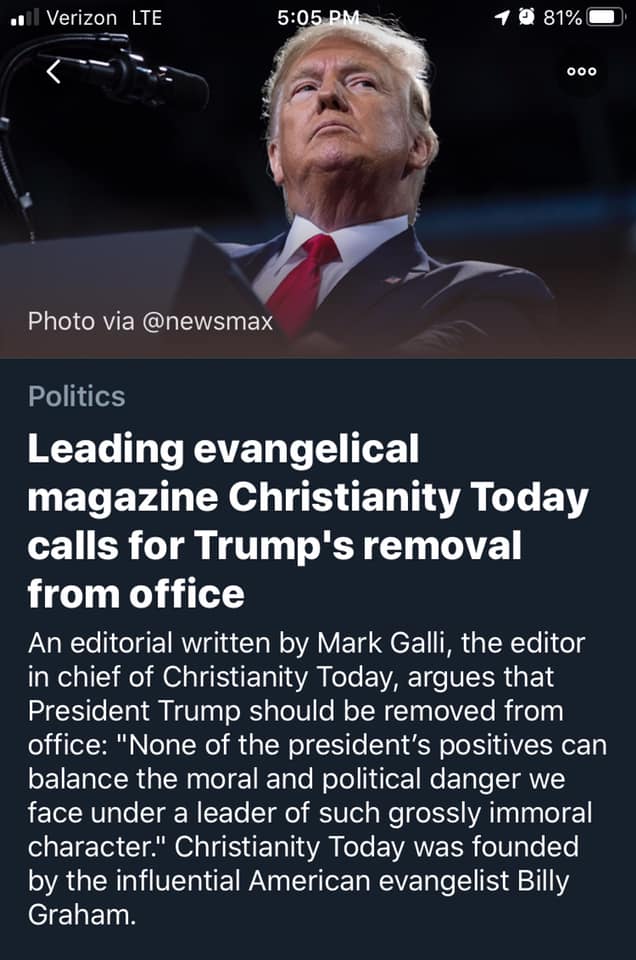 “The typical CT approach is to stay above the fray and allow Christians with different political convictions to make their arguments in the public square,” Christianity Today’s editor in chief Mark Galli wrote. “That said, we do feel it necessary from time to time to make our own opinions on political matters clear.”

After saying “we” pray from the president and acknowledging that “Democrats have had it out for him from day one,” Galli did not hold back.

Galli wrote that the impeachment hearings proved that President Trump violated the Constitution, before making his case against the president from a moral and religious standpoint. 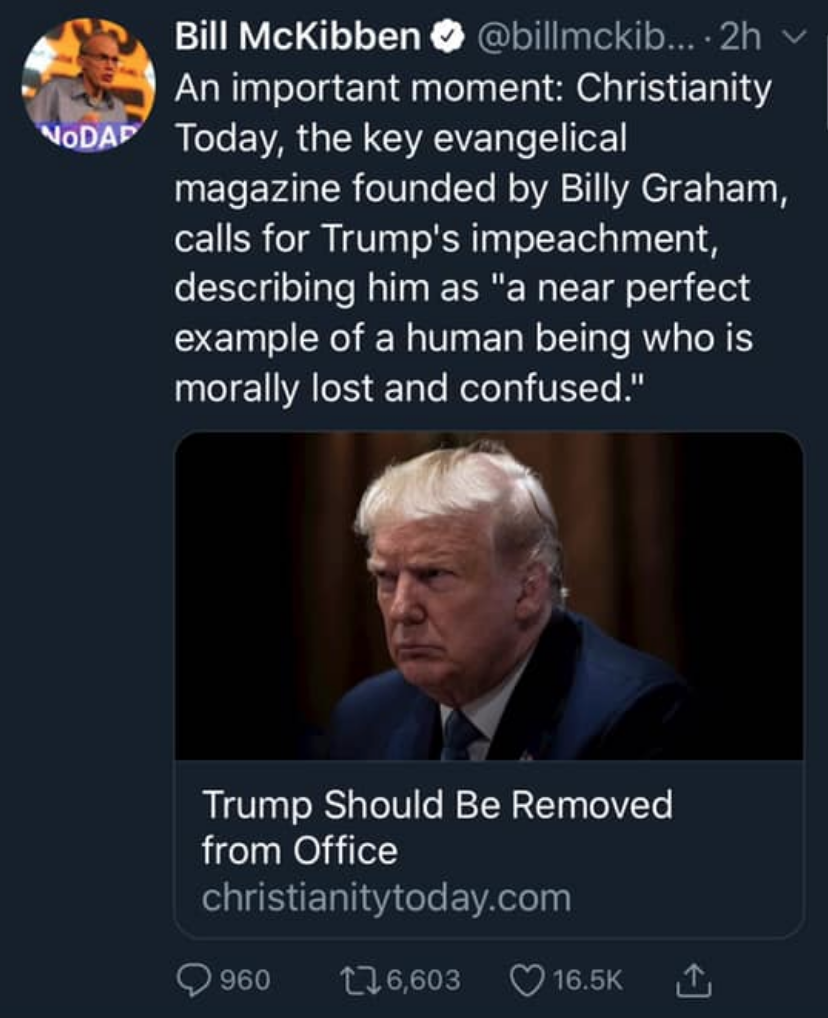 “This president has dumbed down the idea of morality in his administration,” Galli asserted. “He has hired and fired a number of people who are now convicted criminals. He himself has admitted to immoral actions in business and his relationship with women, about which he remains proud.”

“His Twitter feed alone — with its habitual string of mischaracterizations, lies, and slanders — is a near perfect example of a human being who is morally lost and confused.” 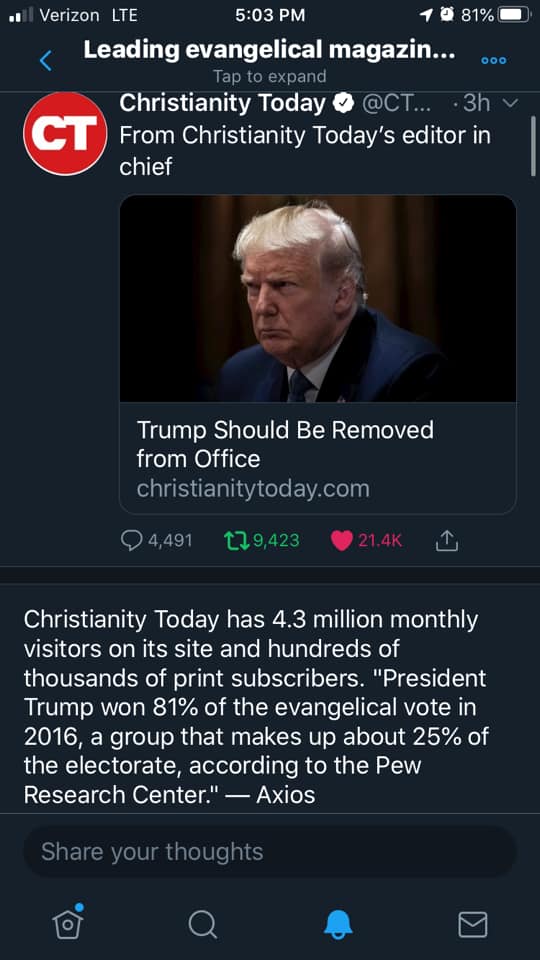 The editor in chief went on to note Christianity Today’s condemnation of President Clinton’s behavior amid his impeachment, and wrote, “Unfortunately, the words that we applied to Mr. Clinton 20 years ago apply almost perfectly to our current president. Whether Mr. Trump should be removed from office by the Senate or by popular vote next election—that is a matter of prudential judgment.”

Galli continued, “That he should be removed, we believe, is not a matter of partisan loyalties but loyalty to the Creator of the Ten Commandments.”

“To the many evangelicals who continue to support Mr. Trump in spite of his blackened moral record, we might say this: Remember who you are and whom you serve.”
Anything else?

Following the release of the editorial, social media lit up. At one point, Christianity Today’s website crashed due to overwhelming traffic.

The hashtag “evangelicals” began trending on Twitter, with people across the political spectrum noting the significance of such a bold stance by an evangelical publication — especially because Billy Graham’s son, Franklin Graham, has been a staunch supporter of President Trump.

As of this writing, Franklin Graham has not commented on Christianity Today’s editorial.