Federal Reserve Sent Lower Remittances To U.S. Treasury in 2019.Can You Say “Federal Bailout”? (#GotBitcoin?)
The Fed paid $10 billion less to the government last year after repurchase activities drove up costs.
Federal Reserve payments to the U.S. Treasury declined in 2019 to a decade low, as the central bank’s expenses rose and income declined. 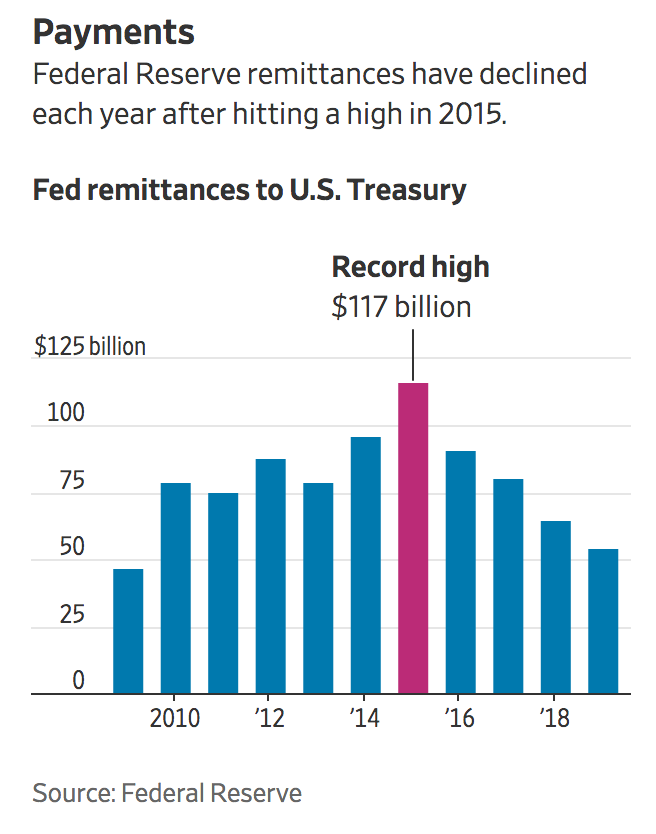 The Fed sent about $54.9 billion to the government last year, down from $65.3 billion in 2018, according to preliminary estimates of the central bank’s annual financial statements, released Friday.
The Fed’s net income totaled $55.5 billion in 2019, a decrease of $7.6 billion from 2018, the central bank said.
The drop mainly came from two factors. First, the Fed’s market operations involving repurchase agreements drove up its interest expenses. Second, the central bank’s interest income fell as it reduced its holdings of bonds purchased to help stimulate the economy after the financial crisis.

The Fed is required to use its revenue to cover operating expenses and send much of the rest to the Treasury’s general fund, where it is used to help cover the government’s bills. 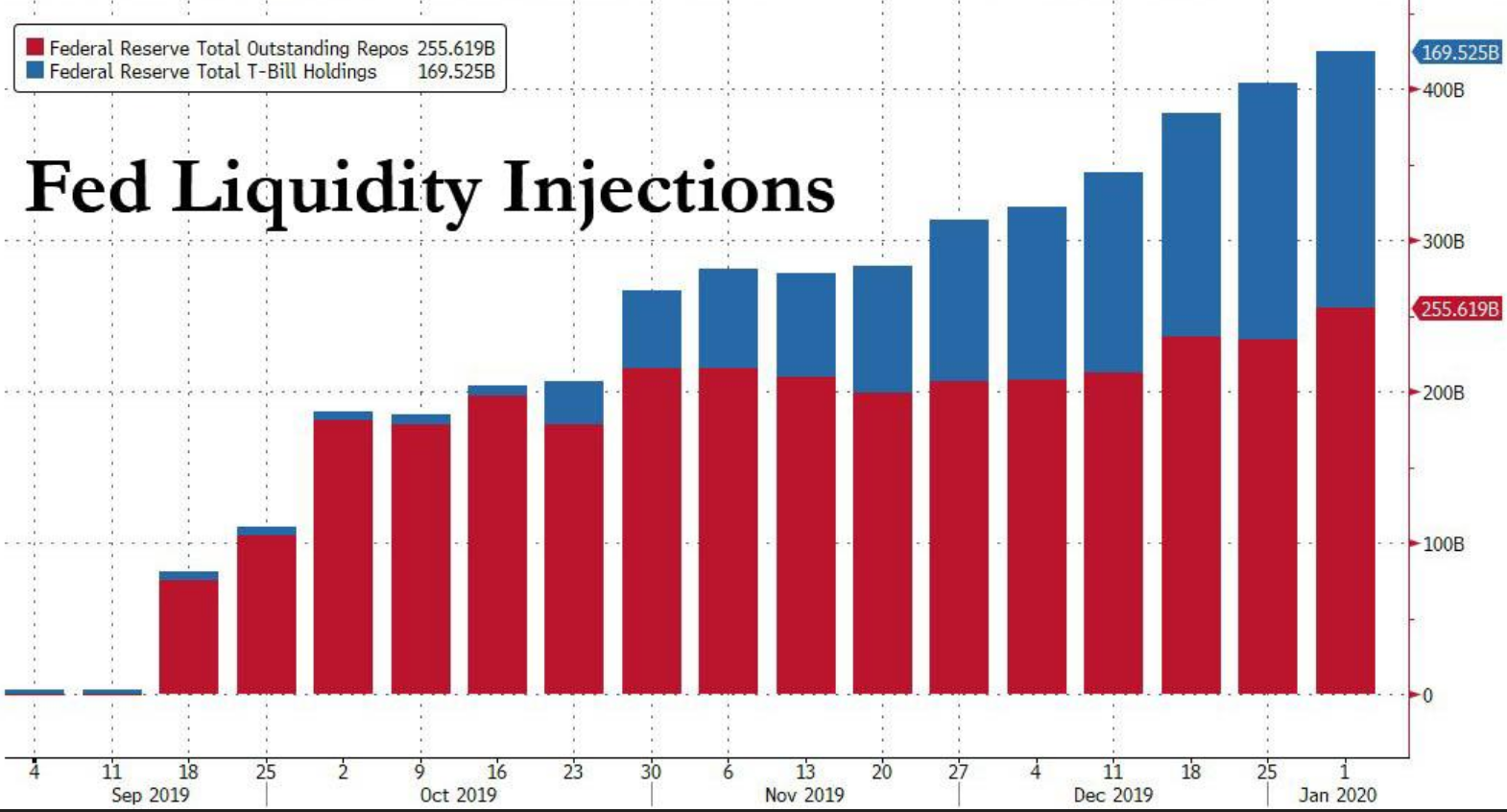 The Fed payments to Treasury, called remittances, hit a record in 2015 due to swelling interest income from its huge bondholdings.
The same year, Congress also required the Fed to hand over nearly $20 billion to Treasury under the terms of a federal transportation bill, which swept up all but $10 billion of the central bank’s capital surplus account to help pay for highway spending.
Friday’s report showed the 12 Fed reserve banks’ operating expenses totaled $4.5 billion last year.