The Wild West of cryptocurrency trading is getting something typically associated with the safest of savings accounts: FDIC protection. Wild Crypto Market’s Traders Get Something New: FDIC Protection (#GotBitcoin?) 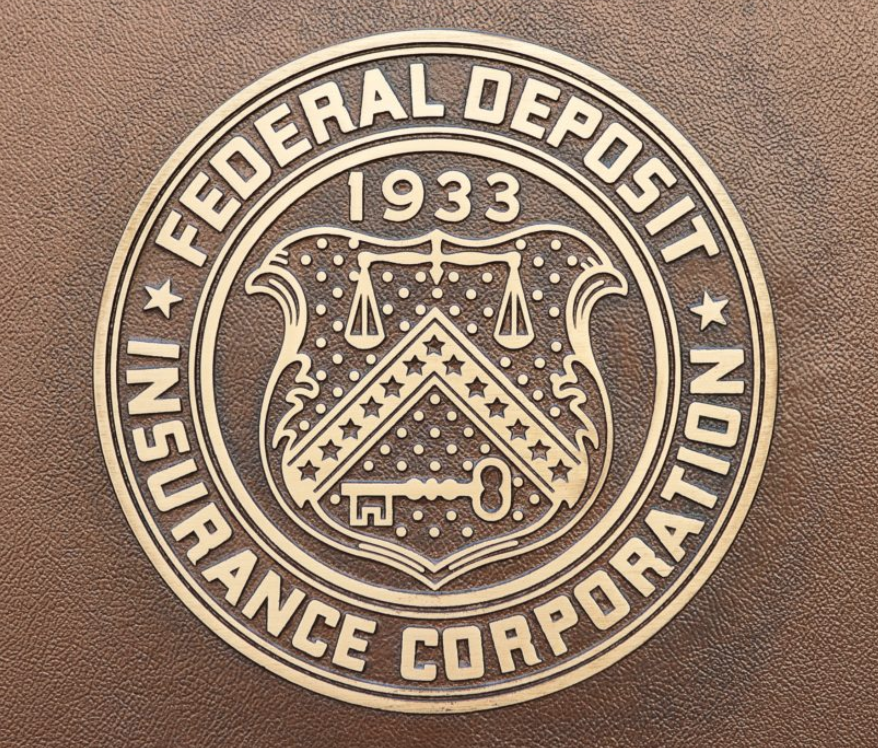 SFOX, a prime dealer and trading system in the $208 billion crypto market, is partnering with New York-based M.Y. Safra Bank to offer its traders deposit accounts backed by the Federal Deposit Insurance Corp. — the same federal agency that protects bank customers up to $250,000 per financial institution.

It’s the first time FDIC-insured accounts will be linked to a crypto prime dealer, according to SFOX, and allows traders to keep funds in accounts under their own names. Most banks don’t allow their customers’ accounts to be linked to cryptocurrency trading. The FDIC insurance protects the cash leg of a crypto trade and doesn’t apply to the Bitcoin, Ether or other digital assets SFOX users buy on the exchange.

M.Y. Safra Bank sees “where digital currencies and crypto is going,” Danny Kim, head of growth for SFOX, said in an interview. “They see it as part of the future.”

The company connects to exchanges such as ItBit, Gemini and Kraken, among others, so its users can access trading on those venues without having to put up cash and go through registration procedures on each of them individually.

The segregated accounts will protect traders by allowing them to hold their cash in their own name rather than mixed together in an omnibus account at an exchange, Kim said. The recent bankruptcy of Canadian market Quadriga Fintech Solutions Corp. would have been less complicated had an individual-account structure been in place, he said.

“When the court is trying to retrieve the money, they don’t know whose funds are whose,” Kim said.

The crypto market, plagued with fraud, theft and regulatory infractions, has struggled to appeal to mainstream investors. Vancouver-based Quadriga owes 115,000 clients about $193 million in cryptocurrencies and cash after the death of founder Gerry Cotten last year. Last week, crypto exchange Binance reported that hackers withdrew 7,000 Bitcoins worth about $40 million. And New York’s attorney general has accused Bitfinex, one of the largest Bitcoin exchanges, of hiding the loss of about $850 million in client and corporate cash.

Still, more of the traditional financial world is coming to digital assets. Fidelity Investments, which began a custody service to store Bitcoin earlier this year, will buy and sell the world’s most popular digital asset for institutional customers within a few weeks, a person familiar with the matter said last week. E*Trade Financial Corp. and Robinhood are offering cryptocurrency trading to clients, while JPMorgan Chase & Co. has developed the Quorum blockchain service for corporations and is experimenting with its own digital asset, JPM Coin.

“While we may be the first bank to provide these innovative services, we expect that we will be followed by many other banks,” Jacob Safra, chief executive officer of M.Y. Safra Bank, said in an email.

Bitcoin has more than doubled this year, including a gain of as much as 27% on Monday, extending the wild price swings that have attracted many individual investors to the mostly unregulated coin. The original digital currency gained widespread notoriety when it surged 1,400% in 2017, before tumbling 74% last year.

The move comes as e-brokers match the firm’s zero-comission trading.

Robinhood Markets Inc. said it would offer a new higher-yielding cash account, in a bid to grow from its commission-free trading roots as bigger rivals scrap trading fees.

The brokerage said Tuesday it would offer 2.05% annually on uninvested cash in customers’ brokerage accounts, through partner banks, making it the latest fintech to use higher yields on cash to try to win business.

Robinhood’s move comes after Charles Schwab Corp., TD Ameritrade Holding Corp. and E*Trade Financial Inc. last week said they would eliminate commissions for online stock trades—replicating the fee-free trading pitch that has helped Robinhood amass about 6 millions users since it was founded in 2012.

To offer the relatively high yield on cash, Robinhood said it would sweep the money to a network of six partner banks, which in turn pay the interest that Robinhood passes back to customers. Through those partnerships, Robinhood—which isn’t itself a bank—said it is able to offer Federal Deposit Insurance Corp. protection on as much as $1.25 million in cash for each client.

Robinhood’s yield, like others’, will vary as interest rates rise and fall.

Robinhood’s new offering comes after a failed attempt late last year, when the firm announced a high-yield feature—offering 3% on cash at a time when Federal Reserve rates were higher—that it hadn’t cleared with regulators.

“We made mistakes with that announcement, which led us to hit the reset button and start over from scratch,” Robinhood said in a blog post on its website Tuesday.

While Robinhood has been trying to get into cash management for some time, the move to expand from trading takes on new urgency after much larger electronic brokers said they, too, would let customers buy and sell U.S. stocks, exchange-traded funds and options free of commissions. Before this week, Schwab, the biggest publicly traded e-broker, had charged $4.95 to trade stocks.

Schwab and the other big e-brokers don’t pay much on clients’ cash, which they sweep into their banks, then invest it and lend it at much higher rates than they pay. For Robinhood, the main ways it makes money is by selling customers’ orders to high-speed trading firms in return for cash payments and by lending.

Now, with zero commissions across most e-brokers, Robinhood needs to find a new way to stand out, said Richard Repetto, a brokerage analyst at Sandler O’Neill + Partners LP. “It is a way to try to differentiate when everyone has come down to their price,” Mr. Repetto said of the high-yield offering.