Since fleeing China in 2016 in the face of fraud allegations, investor has partied with Mike Tyson and had his picture taken with President Trump. A Chinese Fugitive, Donald Trump, Mike Tyson And A Crypto-Currency Venture (#GotBitcoin?) 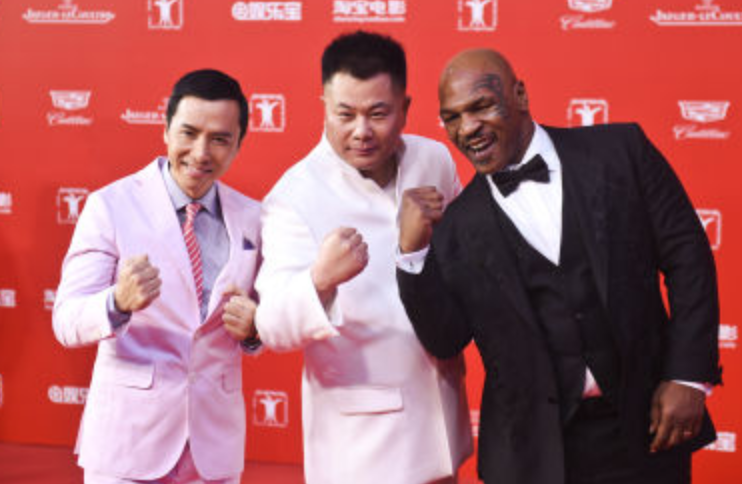 One of China’s most wanted men has been running a Hollywood movie company, promoting a cryptocurrency venture with boxer Mike Tyson and on one occasion posed for a photo alongside President Trump.

Shi Jianxiang is a fugitive from Chinese authorities, who say he committed fraud and caused billions of dollars to vanish. But in the U.S. the 54-year-old lives under the name Morgan Shi in a 6,500-square-foot, $3 million mansion outside Los Angeles, rides around the city in a luxury “talent-trailer” mobile home and travels the U.S. in charter jets. 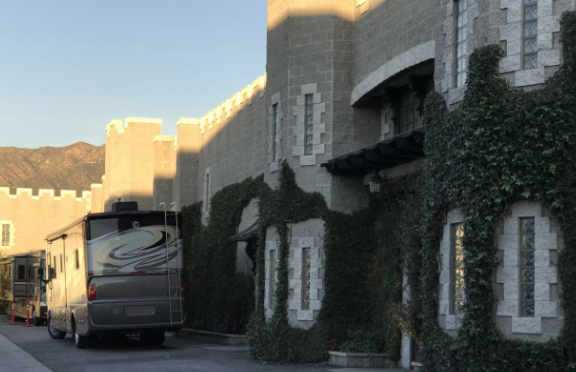 Since coming to the U.S. after his Chinese investment business collapsed in 2016, Mr. Shi has done business through dummy corporations and secured deals with money held offshore in Caribbean jurisdictions, according to documents and people familiar with the situation. He controls a publicly traded Hollywood production company, Moregain Pictures Inc., and a constellation of more than 20 U.S. business entities, often with Americans holding executive positions, records show. The names and scope of those entities reflect Mr. Shi’s focus on entertainment and finance. Business records suggest some of them, including Moregain Pictures, depend on money from offshore rather than revenue generated in the U.S.

Mr. Shi’s resettlement in the U.S., which he has sought to ease by making and advertising connections to well-placed Americans, offers a glimpse into the gray zone he inhabits in the U.S. in the face of Chinese accusations that he is a financial criminal.

Interpol issued a global wanted-persons notice against Mr. Shi in 2017 at the request of Beijing, which accused him of the “crime of illegal fundraising by fraudulent means.” Last year China listed him as one of its 50 most-wanted financial-crime fugitives, even pinpointing Los Angeles as his suspected whereabouts. The Chinese government has said almost half of those 50 fugitives are or once were in the U.S., which it accuses of abetting corruption in China by allowing criminals to stay and avoid prosecution at home.

The U.S., which has no extradition treaty with China, has consistently said it doesn’t want to be a haven for corrupt Chinese money, and agencies including the Justice Department have sometimes cooperated with China authorities to prosecute fugitives accused of financial crimes. 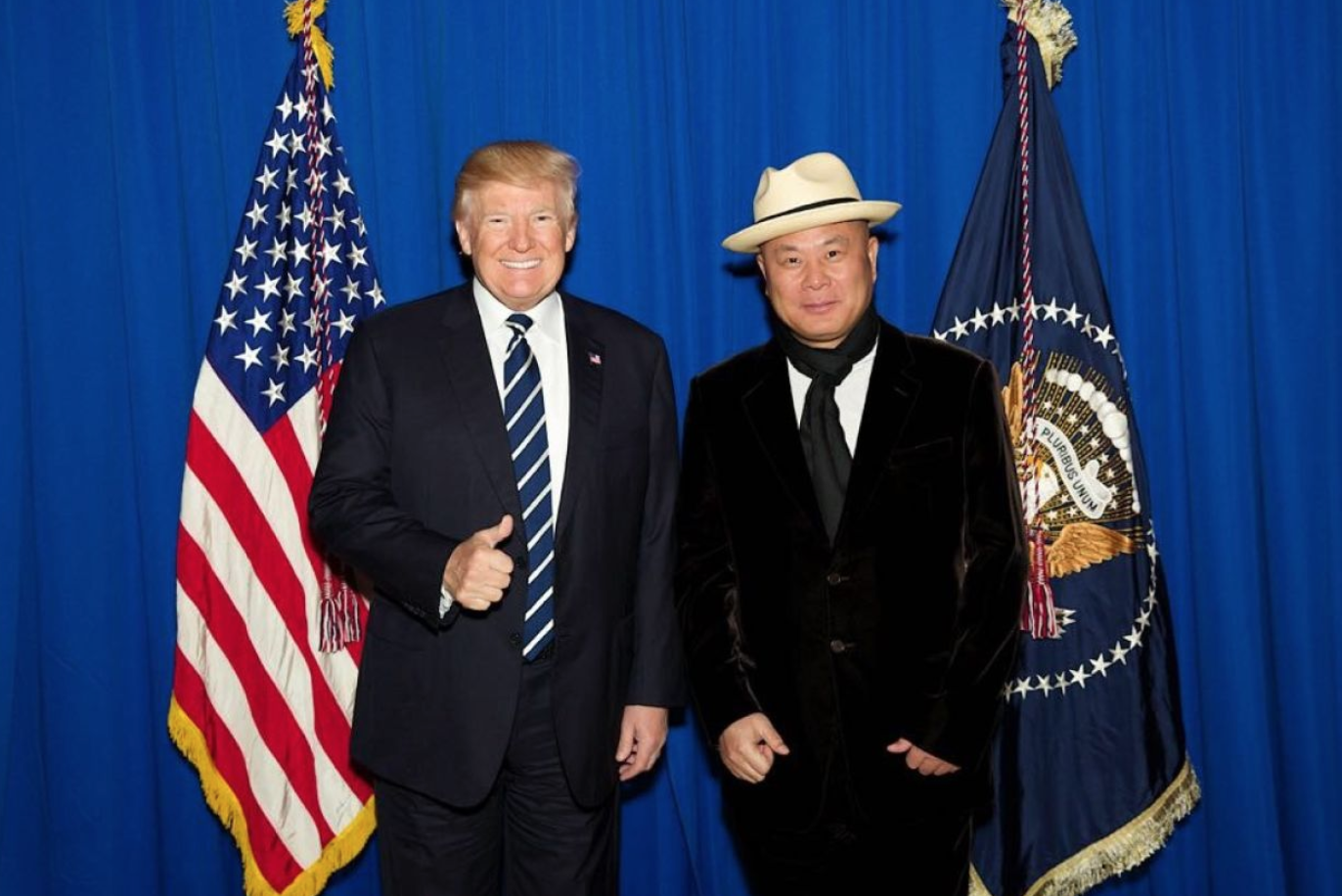 Mr. Shi Posing With President Trump In A Photo Taken At A December 2017 Political Fundraiser In New York And Featured In A Brochure Distributed By Moregain Capital Group, Which Mr. Shi Controls..

Mr. Shi has denied any wrongdoing, and his U.S. immigration status couldn’t be determined. “We don’t have a warrant for Mr. Shi,” a spokeswoman for the Federal Bureau of Investigation said in response to questions about whether he was under investigation. Beyond that, the Justice Department has declined to comment about Mr. Shi.

Despite his public activities in the U.S., Mr. Shi has taken pains to mask his identity, people who know him say, including living in a home owned by an associate and avoiding cellphones. Yet at the same time his U.S. endeavors often reflect what many associates see as Mr. Shi’s love of the limelight.

“He’s very gregarious. He’s like a showman,” said Michael D. Antonovich, a former longtime Republican member of the Los Angeles County Board of Supervisors who previously ran Mr. Shi’s U.S. businesses and has since severed his ties as Mr. Shi’s legal problems in China complicated his U.S. business endeavors.

In January, when a Wall Street Journal reporter tried to question Mr. Shi in Burbank, Calif., about his U.S. activities, a man who appeared to be a bodyguard whisked Mr. Shi aboard the mobile home. A representative of Mr. Shi later said China’s allegations were nonsense.

“I’m just an ordinary person who did well in business recently,” Mr. Shi said in a video circulated online in 2017, “and after I set foot into the film industry, some people started to envy me,” an apparent reference to his business and legal problems in China.

A brochure promoting Moregain Capital Group, Mr. Shi’s primary U.S. business vehicle for investments, has featured a one-on-one photo with Mr. Trump, in which Mr. Shi wears a fedora and the president flashes a thumbs-up.

Two days after that photo was taken at a December 2017 political fundraiser in New York, official filings show Mr. Shi’s longtime U.S. accountant, Chen Qinghua, donated $50,000 to Trump Victory, the political-action committee that organized it. Federal filings show Mr. Chen, a U.S. citizen, identified himself in making the donation as Moregain Capital Group’s executive chairman. It would be a federal offense for foreign individuals or companies to make direct or indirect donations to U.S. politicians or fundraising committees.

Mr. Chen didn’t respond to requests for comment. Through a representative, Mr. Shi has declined to comment on his business activities since he came to the U.S.

“We vehemently deny any wrongdoing on the part of the RNC or Trump campaign,” said a spokeswoman, Cassie Smedile. A lawyer for Mr. Broidy didn’t respond to emailed questions.

The New York City fundraiser where Mr. Shi met Mr. Trump was also attended by Cindy Yang, a Florida businesswoman. Democratic congressional leaders have asked the FBI to investigate whether she may have sold Chinese citizens access to the president. It couldn’t be determined whether any ties exist between Mr. Shi and Ms. Yang. Lawyers for Ms. Yang didn’t respond to emailed questions.

Aided by American associates, Mr. Shi has pursued an array of business deals in recent years. He created the U.S.-China Motion Picture Association to promote filmmaking; agreed to buy a Burbank film distributor, a transaction still under way; and pursued investments in a Las Vegas casino and in a Tennessee cancer-treatment network, according to people involved and business filings. Plans for his proposed cryptocurrency, pitched as Mike Tyson Token, include a reality-show tie-in, according to documents, publicity materials and people involved.

The Las Vegas and Tennessee investments didn’t occur in the end, and while Moregain Capital continues to promote the cybercurrency token, Mr. Tyson said through a representative that he has no more involvement.

After Mr. Shi fled China, authorities there clamped down on the country’s fast-growing financial-technology industry, in which his Kuailu Investment Group Co. was one of the biggest players, imprisoning 15 of his top subordinates. China also launched a broad investigation into alleged tax evasion in the country’s film industry. In October megastar actress Fan Bingbing agreed to pay more than $120 million to avoid criminal tax-evasion charges linked to a film Mr. Shi was co-producing before he fled the country. 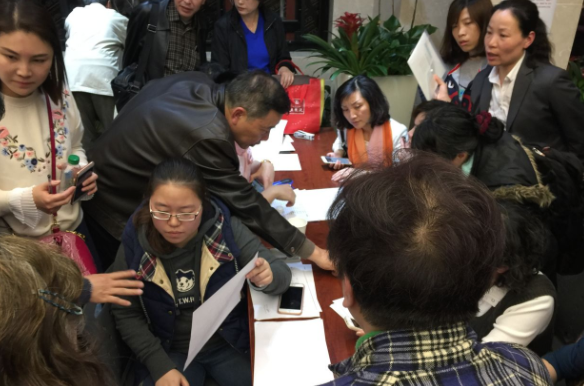 Investors In Mr. Shi’s Kuailu Investment Group Making Claims To Recover Their Money In April 2016 After The Shanghai Firm Said It Couldn’t Repay Them.

In China, Mr. Shi frequently used entertainment dazzle to entice individuals into investing with Kuailu. In 2015, to promote investment in the production of “Ip Man 3”—a kung fu movie starring Mr. Tyson—Mr. Shi appeared with the former heavyweight champion in a boxing ring.

The two kept in touch, and Mr. Tyson was guest of honor at a Lunar New Year party Mr. Shi hosted at a movie studio in Burbank in February. When Mr. Tyson arrived at the party and saw it was arranged as a launch event for “Mike Tyson Token” and its proposed reality show, “Fight to Fame,” with guests donning big golden boxing gloves, Mr. Tyson left quickly and had cease and desist orders sent to Mr. Shi, said his representative, Rob Hickman.

“To Mike he was a moviemaker,” Mr. Hickman said of Mr. Shi. “Mike felt very abused.”

In the U.S., one source of funds for Mr. Shi’s ventures is his wholly owned British Virgin Islands-registered entity, Billion Rewards Development Ltd., according to filings to the Securities and Exchange Commission. The SEC filings show the entity, via Moregain Capital, owns around 87% of Moregain Pictures, which it bought in stages for $643,830. 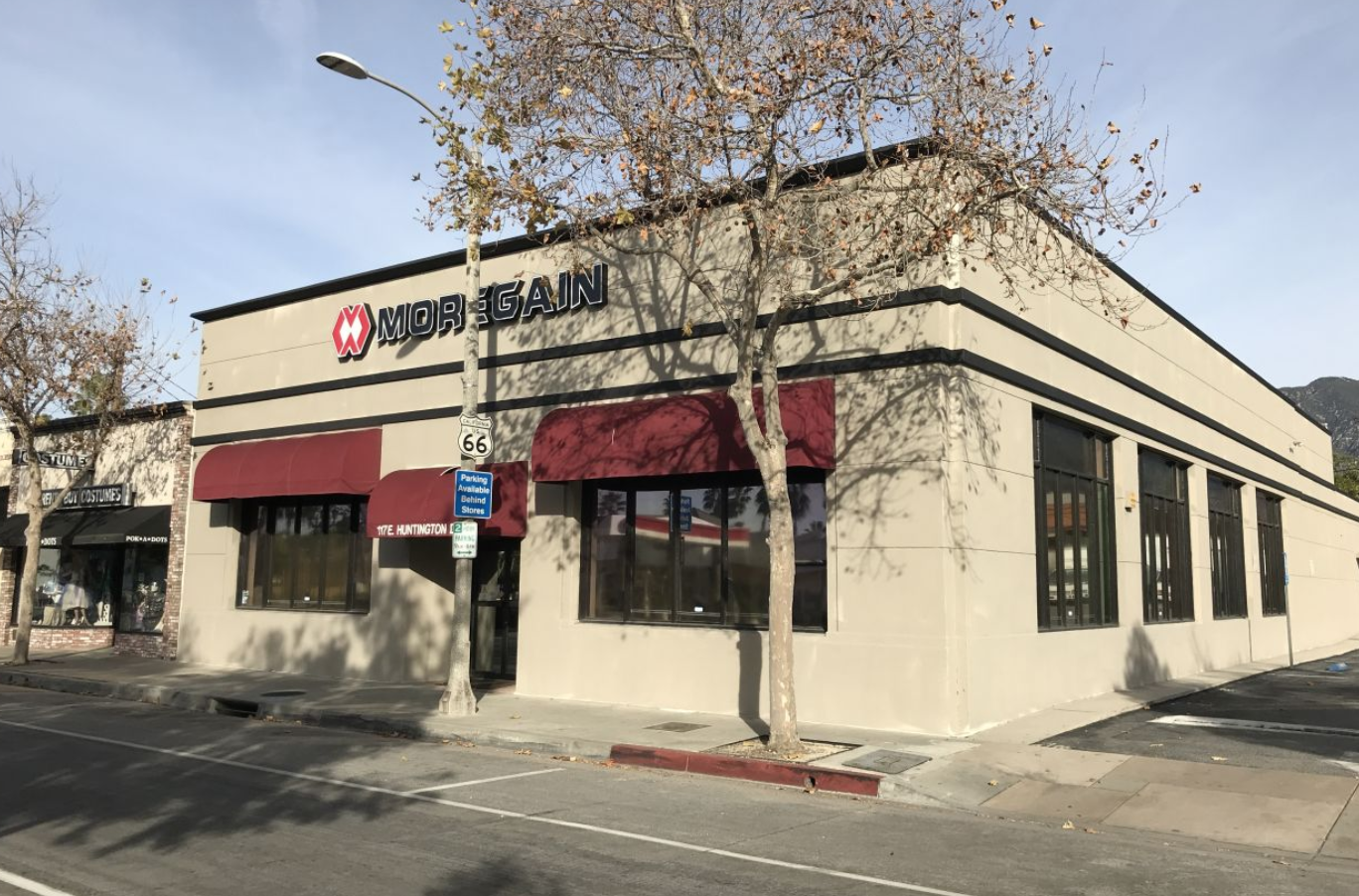 Moregain Pictures describes itself in SEC filings as a shell that has never generated revenue. Still, Moregain Pictures has continued to spend, including agreeing in December to pay $2 million for independent film distributor Cinema Libre Studio.

In response, Mr. Weiner filed a 64-page civil lawsuit at the Superior Court of California in Los Angeles seeking $520,000 from Mr. Shi. It calls Mr. Shi a fugitive and alleges he “finances, manages, and controls” Moregain Pictures and a web of offshore and U.S. companies through associates to “conceal his wealth” from creditors and judicial authorities.

In an interview, Mr. Weiner said Mr. Shi is “trying to wash his money” with the entities and said he had been questioned by FBI agents about him. He said in the filing he lived and worked with Mr. Shi, despite growing discomfort about his U.S. activities, in the hope that “we would all soon become rich one way or the other, as long as we remained with him.”

Moregain Pictures, which Mr. Weiner sued along with Mr. Shi, said in a filing to the SEC that it and other defendants haven’t yet responded to the suit.

Mr. Antonovich, now 79 and retired from his political career in Los Angeles, said he met Mr. Shi through his wife, Christine Hu, an actress born in China. Ms. Hu said she was eager to make movies with Mr. Shi. Mr. Antonovich said he accepted Mr. Shi’s offer in 2017 to lead his investment entities.

Speaking in their hilltop home overlooking Los Angeles, decorated with mementos from the couple’s travels to China, Mr. Antonovich and Ms. Hu said they heard Mr. Shi had legal entanglements but initially accepted his assurances of innocence. “He said he was defrauded,” Mr. Antonovich said.