Berkshire Hathaway Inc. has underperformed the S&P 500 for a decade, forcing Warren Buffett into a position he rarely resides: on the defensive. 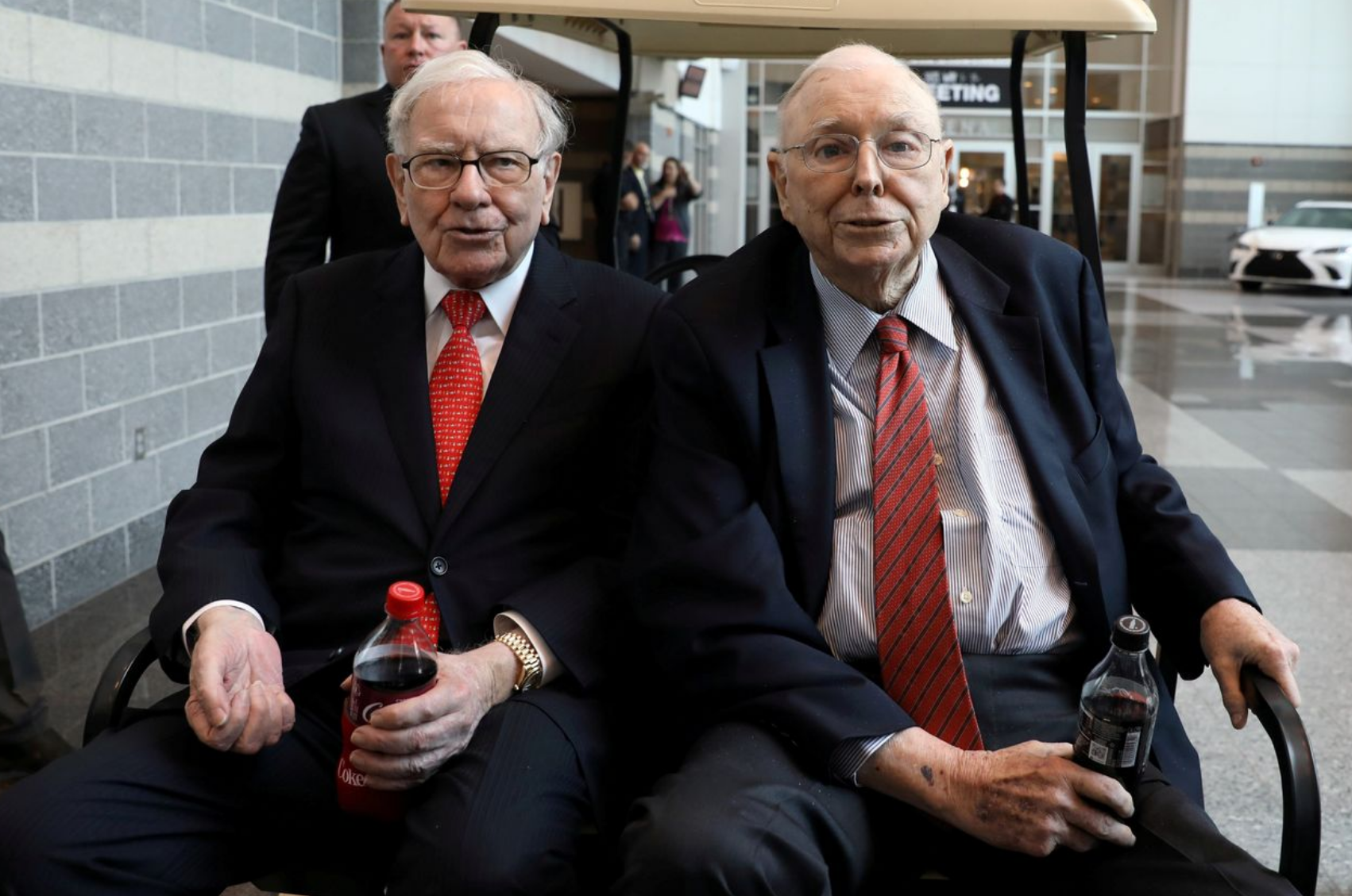 At the company’s widely attended annual meeting Saturday, Mr. Buffett, Berkshire’s 88-year-old chairman and chief executive, urged investors to keep the faith on a host of issues, including overall performance, his plans for future stock buybacks and even transparency.

On performance, he acknowledged that Berkshire has trailed stocks during a historic bull market but argued it hasn’t grown too big to beat the market in the future. 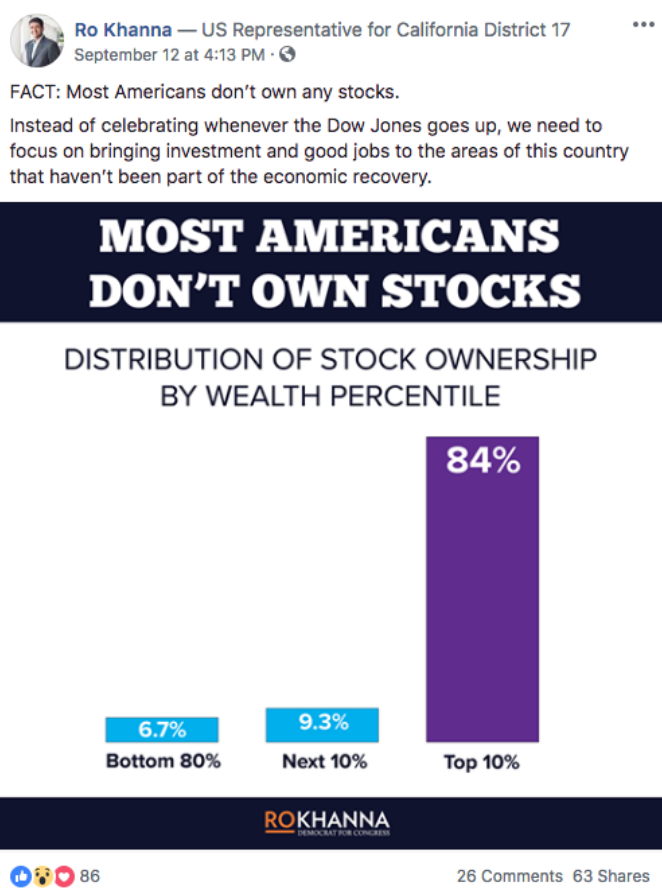 “It’s a question of, can you invest truly large sums reasonably well?” he said.

He noted that his own will instructs that his Berkshire shares stay invested in Berkshire after his death until they are eventually distributed to charity.

“I have a lot of confidence in the ability of the Berkshire culture to endure and that we have the right people to make sure that that happens,” he said. “I’m betting my entire net worth on that.”

He also said Berkshire would be willing to spend $100 billion buying back its own stock in future years if he thought it was trading at an attractive price. Berkshire bought back $1.7 billion in stock in the first three months of the year. Over the same span, the company’s cash pile grew to $114.2 billion from $111.9 billion.

“They need to buy back a significant amount of it in order to have free runway to do it when Warren’s gone,” he said. “Going forward, it will be an important way to deploy capital.”

Berkshire, a $537 billion conglomerate, owns dozens of companies and invests billions in the stock market. Since Mr. Buffett took over the company in 1965, its stock produced a compound annual gain of 21% through the end of 2018, compared with 9.7% for the S&P 500 including dividends. Many early Berkshire shareholders have become millionaires.

Berkshire’s many businesses continue to churn out cash faster than Mr. Buffett can spend it.

“It’s been disappointing,” said James Shanahan, senior equity-research analyst at Edward Jones. Excluding buybacks, “if they need to put $100 billion to work, they need a downturn for that.”

Mr. Buffett is best known for swooping in during market slumps to strike attractive deals. In recent years, however, public markets have rallied while the value of private companies has also surged. He has said that prices for good businesses are too high for his taste.

Some shareholders worry that Berkshire’s access to favorable deals could dry up after Mr. Buffett’s death. Companies come to Berkshire for cash but also for Mr. Buffett’s seal of approval, which can shore up broader shareholder sentiment.

This year, Mr. Buffett gave his lieutenants more time in the spotlight. The two men oversee Berkshire’s day-to-day business operations, and each answered two questions at the annual meeting.

Messrs. Weschler and Combs have invested in technology companies that are outside Mr. Buffett’s traditional area of expertise. Recently, one of the two invested in Amazon.com Inc., Mr. Buffett said. Amazon shares are trading near their record high.

Mr. Buffett said Berkshire isn’t deviating from its value-investing approach with its Amazon stake or any others.

One of the managers slightly beat the S&P 500 in the first quarter, Mr. Buffett said, while the other trailed it. “It’s been a tough period to beat the S&P,” he said. “They’ve made us a lot of money, but they made it during a market where you’d have made a lot of money in the S&P as well.”

Mr. Buffett also defended Berkshire against criticism that its reporting isn’t sufficiently transparent. Because of Berkshire’s size, it doesn’t separate out financial results for many of its subsidiaries, even companies that would be sizable businesses on their own.

Mr. Buffett said it’s more important for shareholders to understand how the business runs and its approach to capital allocation than to see the financial details of each unit’s operations.

Berkshire held $128 billion in cash or short-term Treasurys as of Sept. 30, the company said Saturday, up from $122 billion at the end of the second quarter.

Berkshire bought back about $700 million of its own shares in the third quarter, bringing its total buybacks for the year to $2.8 billion, the company said. The Omaha, Neb., conglomerate changed its buyback policy last year, and some shareholders are frustrated the company hasn’t spent significantly more cash repurchasing its stock.

Operating earnings, which exclude some investment results, rose to $7.9 billion from $6.9 billion in the year prior.

The conglomerate runs a large insurance operation as well as railroad, utilities, industrial manufacturers and retailers. Its holdings include recognizable names like Dairy Queen, Duracell, Fruit of the Loom, Geico and See’s Candies.

Berkshire’s insurance business sits at the core of its moneymaking machine. Insurance brings in billions of dollars of “float,” upfront premiums customers pay and that Berkshire invests for its own gain. Berkshire also holds large stock investments, including in Apple Inc. and Wells Fargo & Co. As of Sept. 30, Berkshire held nearly $100 billion in financial-services stocks, underscoring the size of its bet on the future of the U.S. economy.

The 89-year-old Mr. Buffett, whose shrewd investments have earned him the nickname “the Oracle of Omaha,” has complained in recent years about the challenge of finding acquisition targets that are large enough to move the needle for Berkshire and are reasonably priced.

“Prices are sky-high for businesses possessing decent long-term prospects,” he wrote in his 2018 letter to shareholders.

One of Mr. Buffett’s key lieutenants in recent years, Tracy Britt Cool, said in September that she would leave Berkshire in 2020 to start her own investment vehicle.

Warren Buffett’s Berkshire Hathaway Stock Underperforms the Most Since 2009

The 89-year-old Mr. Buffett, Berkshire’s chairman and chief executive, is renowned for his long-term success as a stock investor and deal maker. But in recent years, Berkshire’s stock performance has failed to beat the market.

Berkshire’s stock rose 11% in 2019 compared with a 31.5% total return in the S&P 500, including dividends—Berkshire’s biggest underperformance since 2009.

Mr. Buffett has long said that investors should focus on companies’ long-term performance and ignore shorter-term fluctuations in the stock market.

Some investors have agitated for Berkshire to spend more of its massive cash pile buying back shares or paying a dividend. They have also asked to hear more from Ajit Jain and Greg Abel, the two Berkshire vice chairmen who are leading contenders to succeed Mr. Buffett as CEO.

In his annual letter to shareholders released Saturday, Mr. Buffett mostly skirted the issue of Berkshire’s underperformance relative to the broader market. But he said shareholders should not be worried about the future of Berkshire after he or his 96-year-old business partner, Berkshire Vice Chairman Charlie Munger, die.

“Your company is 100% prepared for our departure,” Mr. Buffett said.

He also said that at Berkshire’s annual meeting in May, shareholders will be able to ask questions of Messrs. Jain and Abel. That is a change from previous meetings, when any comments by Berkshire leaders besides Messrs. Buffett and Munger have been rare.

“I’m so excited for that. I think it’s an absolutely terrific idea,” said Thomas Russo, partner at Gardner Russo & Gardner, a longtime holder of Berkshire shares. He said it would be helpful for shareholders to hear more directly from Messrs. Jain and Abel about overseeing the day-to-day operations of Berkshire’s companies.

Berkshire increased its buybacks in the fourth quarter to $2.2 billion, bringing its total repurchases for the year to $5 billion, the company said. That still barely dented the company’s huge pile of cash, which totaled $128 billion as of Dec. 31, the company said Saturday, slightly down from a record $128.2 billion at the end of the third quarter.

In his letter, Mr. Buffett lamented the difficulty of finding attractively priced acquisition targets that are big enough to move the needle for Berkshire.

“The opportunities to make major acquisitions possessing our required attributes are rare,” he said.

Some of Berkshire’s 60-odd subsidiaries completed acquisitions, but those deals tend to be small. Berkshire spent $1.7 billion on bolt-on acquisitions in 2019, the company said, up from $1 billion the prior year.

“I think there’s more capacity for buybacks,” said James Shanahan, senior equity-research analyst at Edward Jones. “It’s no doubt that the significant outstanding cash balances have been an extraordinary drag on earnings.”

The Omaha, Neb., conglomerate reported net earnings of $29.2 billion, or $17,909 per Class A share equivalent, up from a loss of $25.4 billion, or $15,467 a share, the year before. Berkshire’s earnings were mostly boosted by unrealized investment gains, while its results a year ago were dragged down by an unexpected write-down at Kraft Heinz Co.

Berkshire posted operating earnings of $4.4 billion, down from $5.7 billion a year earlier, due to lower results in insurance underwriting and some of Berkshire’s smaller operating businesses. Operating earnings exclude some investment results and Mr. Buffett has said they are more reflective of Berkshire’s performance than net earnings, which can fluctuate widely due to unrealized investment gains or losses.

Mr. Buffett also used his letter to discuss corporate boards of directors, which he said are often ill-equipped to oversee companies and incentivized not to challenge executives. Noting that he has served as a director for 21 public companies over the past 62 years, Mr. Buffett complained that board members are often too reliant on their board-related income to truly function as independent overseers. He also said many board members are not experts in finance or investing.

“Almost all of the directors I have met over the years have been decent, likable and intelligent,” Mr. Buffett said. “Nevertheless, many of these good souls are people whom I would never have chosen to handle money or business matters. It simply was not their game.”

Berkshire runs a large insurance operation as well as railroad, utilities, industrial manufacturers and retailers. Its holdings include recognizable names like Dairy Queen, Duracell, Fruit of the Loom, Geico and See’s Candies.

Berkshire’s insurance business sits at the core of its moneymaking machine. Insurance brings in billions of dollars of “float,” upfront premiums customers pay and that Berkshire invests for its own gain. Berkshire also holds large stock investments, including in Apple Inc. and Wells Fargo & Co.