Is Hudson The Red-tailed Hawk Spying On The CIA?

Raptor shows up just as intelligence officers are finishing reports. Is Hudson The Red-tailed Hawk Spying On The CIA?

LANGLEY, Va.—The President’s Daily Brief is among the U.S. government’s most closely held intelligence reports, its highly classified contents intended only for President Trump and a handful of his top national security aides. 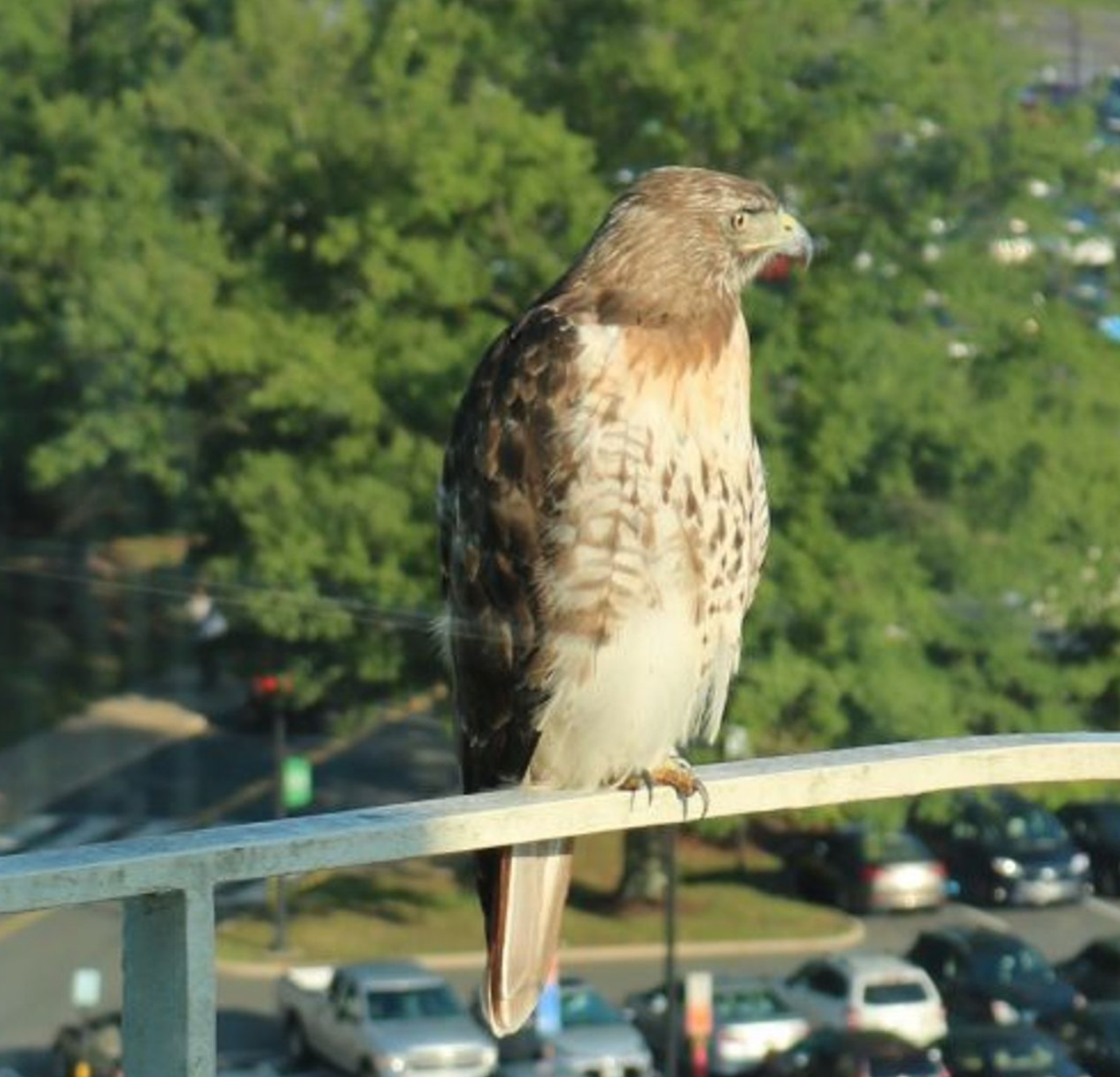 Lately, an extra—and uninvited—pair of eyes has been looking in on the PDB, as it is known, even before Mr. Trump gets to peruse it. They belong to “Hudson,” a red-tailed hawk, buteo jamaicensis.

Many mornings at dawn—sometimes every morning over long stretches—the raptor has flown in and alighted on a railing just outside a seventh-floor corner office in the Central Intelligence Agency’s headquarters building here, a few corridors away from Director Gina Haspel’s executive suite.

Inside, a team of young intelligence analysts and their supervisors work through the night assembling the PDB and other classified reports from secrets supplied by CIA agents, the National Security Agency’s electronic intercepts, spy satellite images and other sources.

Hudson arrives just as the final touches are being put on the reports and as the spy agency’s briefers prepare to rush them to the White House and other locales around Washington for morning intelligence briefings.

The raptor hangs out for a half an hour to an hour, sometimes turning his head to observe the CIA specialists at work just feet away, say intelligence analysts who have seen it. Being a predator, he—the bird’s gender hasn’t been conclusively determined—also scans the parking lot below and the trees beyond for scurrying creatures that might make a good breakfast. When groups of smaller birds harass him, a common avian tactic known as “mobbing” intended to drive a predator away, he ignores them.

Hudson doesn’t appear to be a robot spyhawk.

“We would joke about the bird maybe not being a bird,” says Leah, a China specialist who recently completed a six-month rotation in the CIA’s Production Operations office, as the unit is formally known. The hawk seemed to have “biological functions,” adds her colleague Greg, a counterintelligence analyst who says he first saw Hudson in June. Per CIA rules, they gave only their first names.

Even if the hawk were outfitted with monitoring devices planted by a foreign intelligence service in his brownish wing feathers (or red tail), the seventh-floor office is a SCIF—Sensitive Compartmented Information Facility—sealed off against electronic emissions, which would frustrate attempts to snoop.

Not that such suspicions are unfounded. The CIA itself once used pigeons strapped with small, light cameras to take pictures over enemy territory and then fly home. “Details of pigeon missions are still classified,” the agency’s website says.

Arab states have accused Israel of using spy storks and spy vultures that carried espionage devices (they appear to have been GPS wildlife trackers). Earlier this year, Norway caught a beluga whale it suspected was spying for Russia.

Portrayed in spy flicks and TV shows as a heavily fortified complex—which it is—it sits on a verdant campus carved in the late 1950s out of a former farm across the Potomac River from Washington. Fitness trails pass under trees where Carolina Wrens and (in spring) Red-Eyed Vireos sing. Squirrels gambol under vegetation near the original headquarters building. All surrounded by barbed-wire fence and monitored by security guards and cameras. 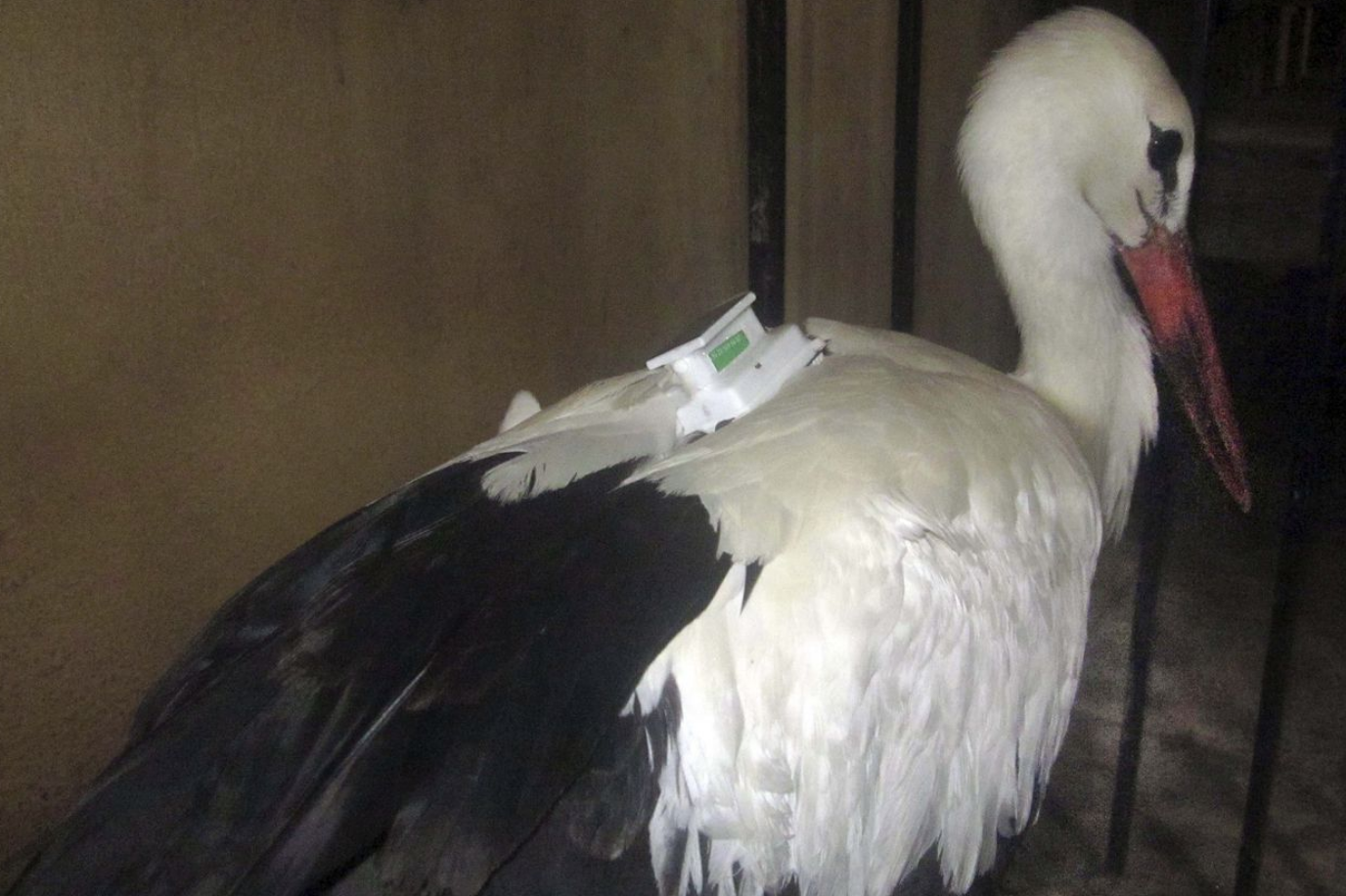 A Migrating Stork Was Held In A Police Station After A Citizen Suspected It Of Being A Spy And Brought It To Authorities In Egypt.

Hudson was named after an especially hawk-eyed Defense Intelligence Agency analyst (and not for the 1991 Bruce Willis flop “Hudson Hawk”). Specialists from other U.S. intelligence agencies do shorter, six-week stints in the CIA’s production office. The human Hudson had a knack for catching small typos or nomenclature errors before they got to top-level officials.

“Hudson the human left, and all of a sudden this bird who had similar characteristics appeared,” says Leah, who currently works in the CIA’s East Asia and Pacific Mission Center.

The original Hudson, a DIA aerospace analyst, confirms he never saw his avian namesake. “Maybe one day I’ll go back up there and meet him,” he said in a phone interview.

With its intense yellow eyes and talons like small scythes, the raptor has been a welcome diversion for the young intelligence analysts who work from 11 p.m. to 10 a.m. six days a week (and an hour on Day 7) in cramped quarters to prepare high-level reports, what the CIA calls “finished intelligence.” There are no holidays off. When a major world event happens in the middle of the night Langley time, personnel are forced to scramble. Senior policy makers will want to know first thing what happened and what it means.

“It’s kind of crazy and quiet at the same time…A quiet chaos,” said Michael Morell, a former acting CIA director who served as President George W. Bush’s intelligence briefer and created the rotation system that brings early-career employees into one of the agency’s most important functions: briefing the commander-in-chief. 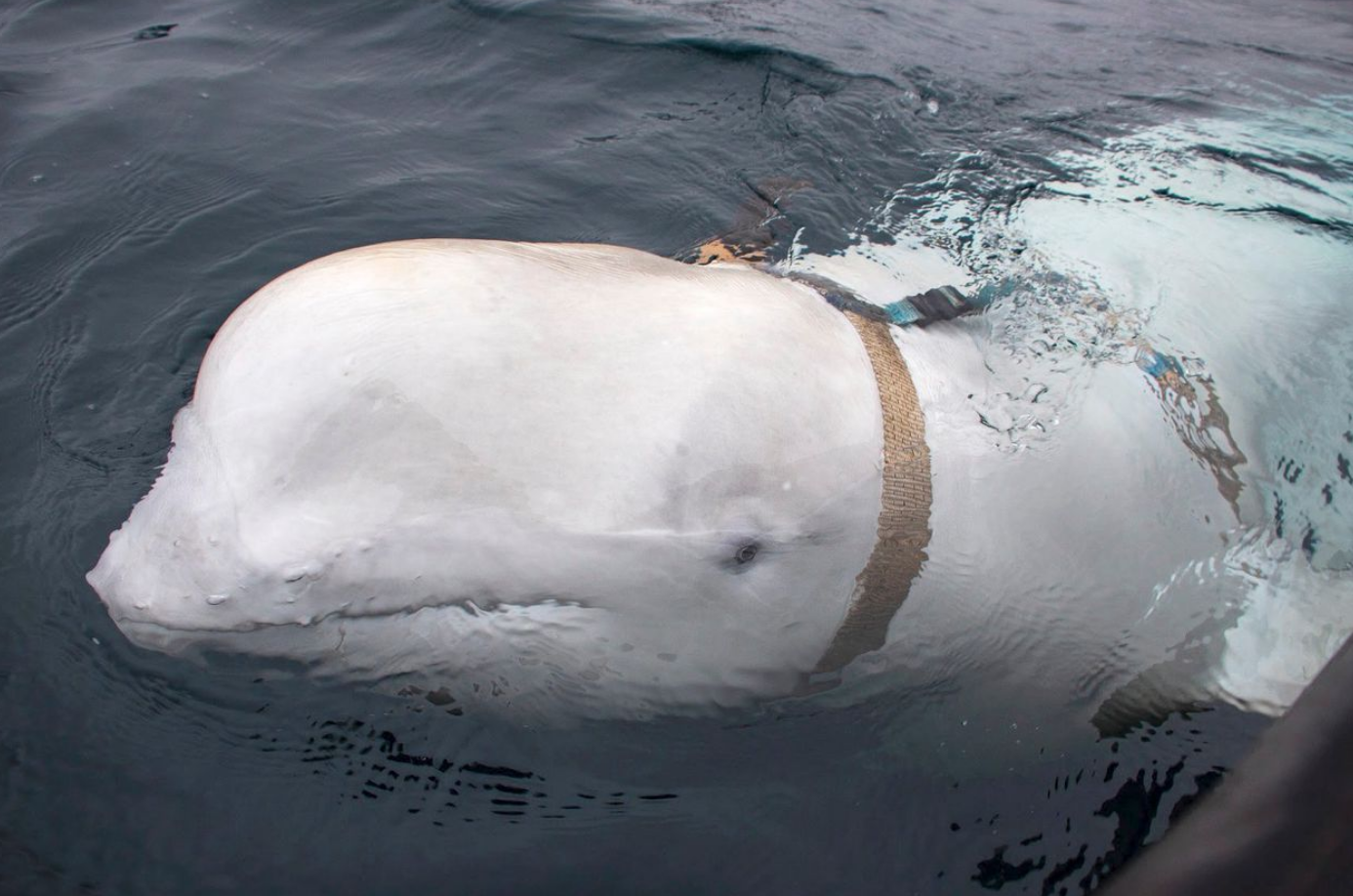 A Whale Wearing A Harness Was Discovered By Fishermen Off The Coast Of Northern Norway.

Those who brief the president and other senior officials are quietly studying their material—“It’s like they’re studying for exams”—but there is also a sense of urgency as the clock ticks toward the hour when briefers must leave for Washington, said Mr. Morell, now the host of the “Intelligence Matters” podcast.

The intelligence officers, known as Presidential Support Analysts, say work in the office gave them an unparalleled opportunity to see how the country’s leaders are informed, and how different spy agencies contributed. Albeit a demanding opportunity. “All I was doing was working and sleeping and going back to work,” DIA’s Hudson says.

Hudson the Hawk’s arrival at 7 a.m., toward the end of the working day, has meant there was a bit of time to watch the bird.

Being intelligence analysts, but not bird-watchers, the staffers studied Hudson and debated his characteristics with all the seriousness they might apply to a North Korean ballistic missile or the latest Russian fighter jet. Some argued it was a different species, a Broad-Winged Hawk.

“I provided the evidence and briefed the room on why I thought it was a Red-Tailed Hawk,” Leah says.

Hudson has left his mark on the Production Operations unit. On a rare visit by a reporter, the cramped government office seemed little different than any other.

On a whiteboard, someone has drawn a cartoon of Hudson in red marker. On a table nearby sit a lime-green pair of children’s binoculars and an old-fashioned spy glass, affixed with a tag that reads “Gift of NGIA.” That’s the National Geospatial Intelligence Agency, whose missions include interpreting data from farseeing spy satellites.

Hudson himself, however, has been gone for several weeks now. Where to? That’s his secret.