14th Century African King Who Was Richest Man In The World Of All Time (Adjusted For Inflation) #GotBitcoin?

Musa I or Mansa Musa was the Emperor of Mali during the fourteenth century. Ranked the richest man of all time he is famous for his pilgrimage to Mecca which showcased his wealth to the cities he visited. 14th Century African King Who Was Richest Man In The World Of All Time (Adjusted For Inflation) #GotBitcoin?
The land in his kingdom was laden with insane amounts of natural resources, mostly gold, giving him great wealth.

In fact, there is really no way to put a truly accurate number on his fortune. Musa’s wealth was so enormous that he makes Bill Gates, Jeff Bezos, Carlos Slim Helu, and Warren Buffett look like paupers. Actually, King Mansa Musa was worth more than all of those men combined and then some. 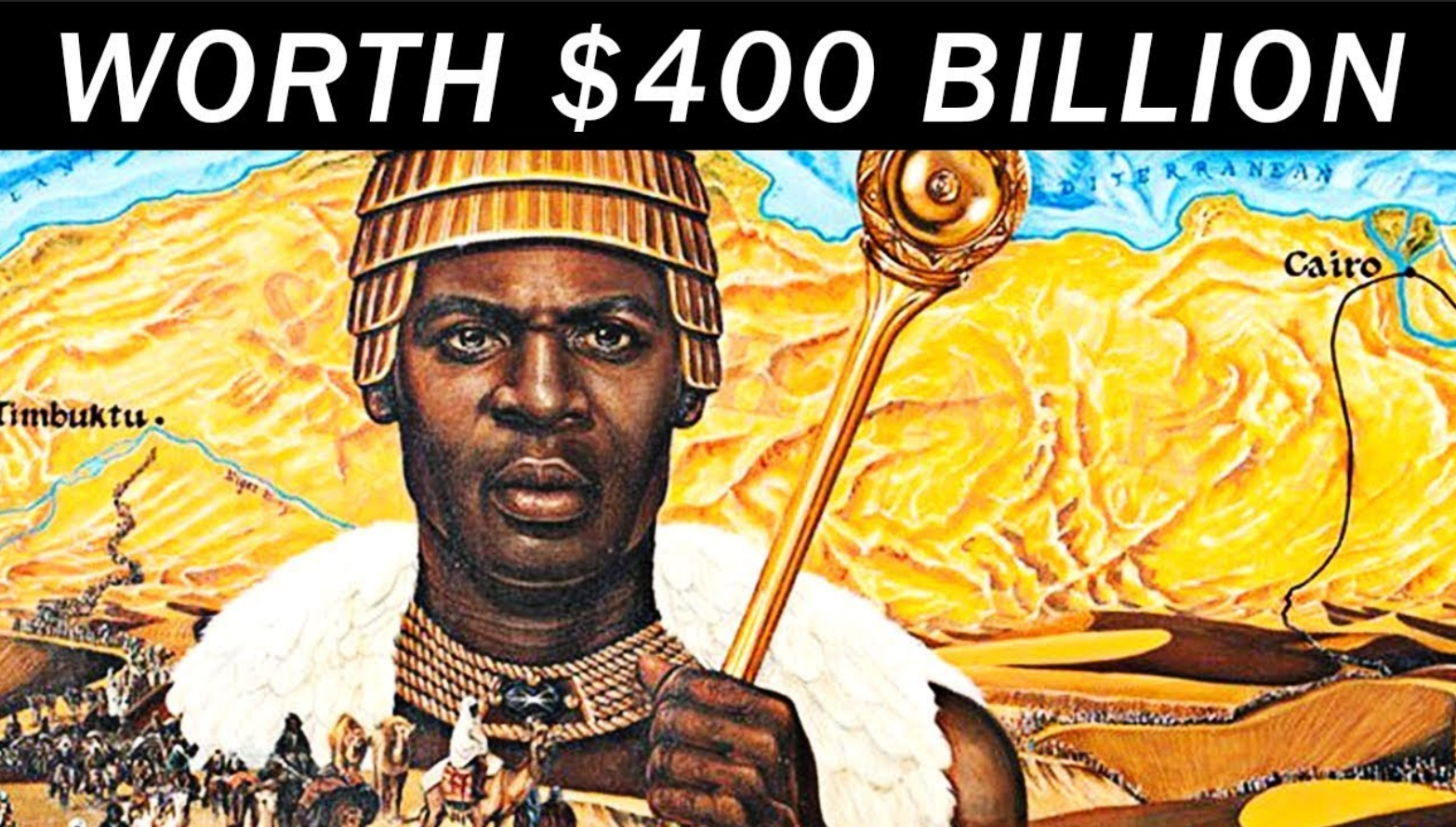 Musa Keita I was crowned King in 1312 and was bestowed with the name Mansa, which means sultan or emperor. At the time, most of Europe was experiencing a great famine, brought on in part by the fact that much of the Continent was engaged in a number of civil wars. On the other hand, Africa was thriving and it was an era of wealth and riches for that continent. While he was in power, Mansa Musa expanded the borders of his kingdom greatly. He grabbed the city of Timbuktu for his empire and took power over all of Gao. At its height, Musa’s empire stretched over 2,000 miles. He further augmented his fortune by controlling key trade routes between the West African coast and the Mediterranean.

The rest of the world heard about and experienced King Mansa Musa’s great wealth starting in 1324. As a devout Muslim, he made the almost 4,000 mile pilgrimage to Mecca. And let me put it this way, King Mansa Musa didn’t fly coach. He did not travel on bargain fares. Musa assembled a caravan that was so many miles long you could not see the end of it. He travelled with an entourage of tens of thousands of soldiers, civilians, and slaves. He was accompanied by 500 heralds dressed in fine silks with gold staffs as well as many camels and horses. His caravan carried more gold bars than reside at Fort Knox. In fact, some estimate that he traveled with 100 camels, each carrying 300 pounds in gold as they trekked across Africa and the Middle East for several years.

When the King made a pit stop in Cairo, he spent so much gold, that he alone was responsible for creating an economic meltdown. The sudden influx of gold from his visit devalued the currency locally. It took Cairo many years to completely recover from the currency crisis King Musa’s visit caused. 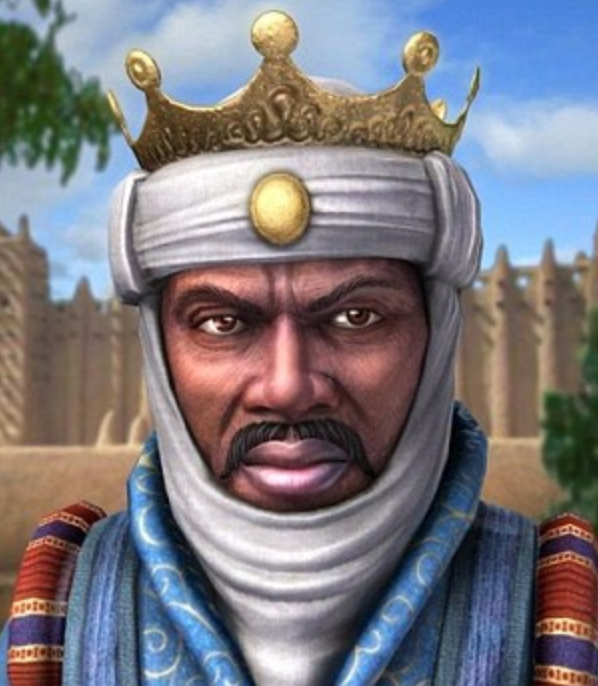 King Musa wasn’t only interested in material riches; he also wanted to leave a legacy. During his pilgrimage to Mecca, he took a focused interest in Timbuktu. The King was responsible for the urbanization of the city. He built schools, mosques, and the ancient learning center the University of Sankore. King Musa also built the legendary Djinguereber Mosque in Timbuktu, which is still standing today.

King Musa reigned over the Mali Empire for 25 years. He died in 1337, not long after his return from his pilgrimage to Mecca.

He was succeeded by his son, Maghan I. To this day, nearly 700 years later, King Mansa Musa’s influence remains. There are libraries, mausoleums, and mosques that stand as a testament to his reign and the golden age of Mali’s history.

Also, in Mali, West Africa, lives a tribe of people called the Dogon. The Dogon are believed to be of Egyptian decent and their astronomical lore goes back thousands of years to 3200 BC. According to their traditions, the star Sirius has a companion star which is invisible to the human eye. This companion star has a 50 year elliptical orbit around the visible Sirius and is extremely heavy. It also rotates on its axis.

So how much was King Mansa Musa worth? The closest estimates, based on the gold he took with him to Mecca and other assets, put his net worth at the modern equivalent of $400 billion.

Mansa Musa | 10 Facts About The Richest Man In History

Mansa I of Mali was known by numerous names during his life including Emir of Melle, Lord of the Mines of Wangara, Conqueror of Ghanata, Lion of Mali and Kankan Musa. In the west he is popular by the name Mansa Musa. Musa is a Muslim name whose biblical equivalent would be Moses while Mansa means “King of Kings”.

#2 He Was The Tenth Ruler Of The Empire Of Mali

Mansa Musa’s grandfather was the brother of Sundiata Keita, the founder of the Mali Empire. It was common in Malian Empire that when the king undertook a journey, usually a pilgrimage to Mecca, he appointed a deputy to take care of the empire and then the deputy was declared as his heir. Mansa Musa was declared deputy by Emperor Abu Bakr II when he went to explore the limits of the Atlantic Ocean. Abu Bakr II never returned and in 1307 Mansa Musa became the tenth ruler of the Malian Empire.

Mansa Musa is most famous for his pilgrimage to Mecca which he undertook in 1324, the seventeenth year of his reign. Such was the wealth that he displayed during the journey that eyewitnesses were awestruck and there are several references to it in journals, oral accounts and histories. It was this pilgrimage that showcased the extreme wealth of Mali to the world and made Mansa Musa a popular figure.

#4 He Carried Immense Wealth With Him And Spent It Lavishly

Mansa Musa’s caravan consisted of 60,000 men including 12,000 slaves who dressed in Persian silk. Musa rode on a horseback with 500 slaves carrying gold adorned staff directly preceding him. He also took along with him 80 camels which carried 300 pound of gold each. Musa spent lavishly during his journey distributing gold to people and exchanging it for souvenirs in the cities he crossed on his way to Mecca including Cairo and Medina. When historian Chihab al-Umari visited Cairo twelve years later, the citizens were still singing Musa’s praise.

The gold and gifts that Musa distributed lavishly upset their value in the market in the cities he had visited. The sudden influx of gold in the cities of Cairo, Medina and Mecca caused a decline in the value of the metal. This caused super inflation with the price of goods skyrocketing. Later Musa took back some of the gold at high interest from money lenders in Cairo to adjust its value. Even twelve years after his pilgrimage the markets couldn’t recover fully. This is the only instance in history when one man controlled the price of gold in the Mediterranean.

#6 Many Famous Structures Were Constructed During His Reign

After his return from Mecca, Musa undertook building projects. Many mosques and educational centers were built in Timbuktu and Gao. He brought architects from Spain and Cairo who built his grand palace and the famous Djinguereber Mosque. The great University of Sankore was also built during his reign. Musa’s grand palace no longer exists but the university and mosque still stand in Timbuktu. Another famous structure constructed during Musa’s reign was the Gao mosque in which burnt bricks were used for the first time in West Africa.

Mansa Musa brought back several learned men from Egypt whom he met during his journey. The University of Sankore in Timbuktu became a center of learning drawing Muslim scholars from all over Africa and even the Middle East. Due to his pilgrimage the world became aware of Mali’s wealth and this in turn made Timbuktu a center of trade where merchants from several cities including Venice, Granada, and Genoa traded goods for gold. 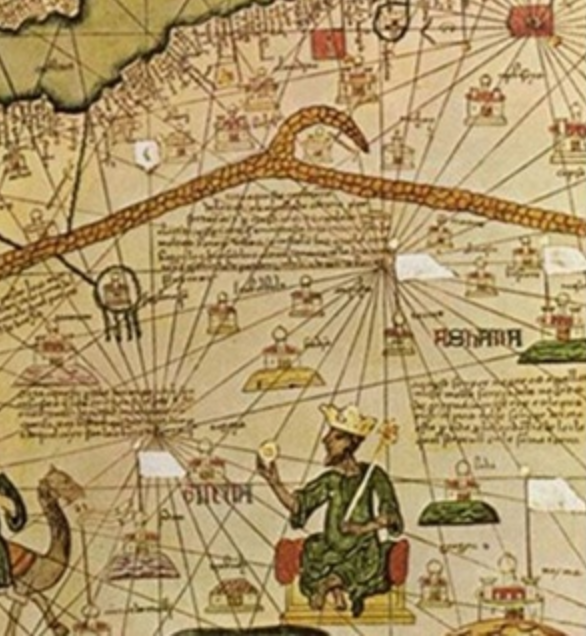 The Mali Empire flourished during Mansa Musa’s reign and it extended to include several regions like the cities of Timbuktu and Gao. Moroccan traveller and writer Ibn Batuta, who visited Mali 12 years after Musa’s death, noted that it took him 4 months to travel from the northern to the southern border of Musa’s empire. He also wrote that he found ‘complete and general safety in the land’. Mansa Musa’s empire was one of the largest in the world during his time and he remains one of the greatest statesmen in the history of Africa.

#9 Mansa Musa Was Ranked The Richest Person In History

In 2012 Celebrity Net Worth took out a list of world’s 25 wealthiest people of all time after adjusting for inflation and Mansa Musa was placed on top of the list above names like Bill Gates and Warren Buffettt. It was calculated that Musa had a personal net worth of $400 billion at the time of his death. The Rothschild Family, who was placed at number two, had $50 billion less. The primary reason behind Musa’s extraordinary wealth was that Mali was responsible for more than half of the world’s salt and gold supply. 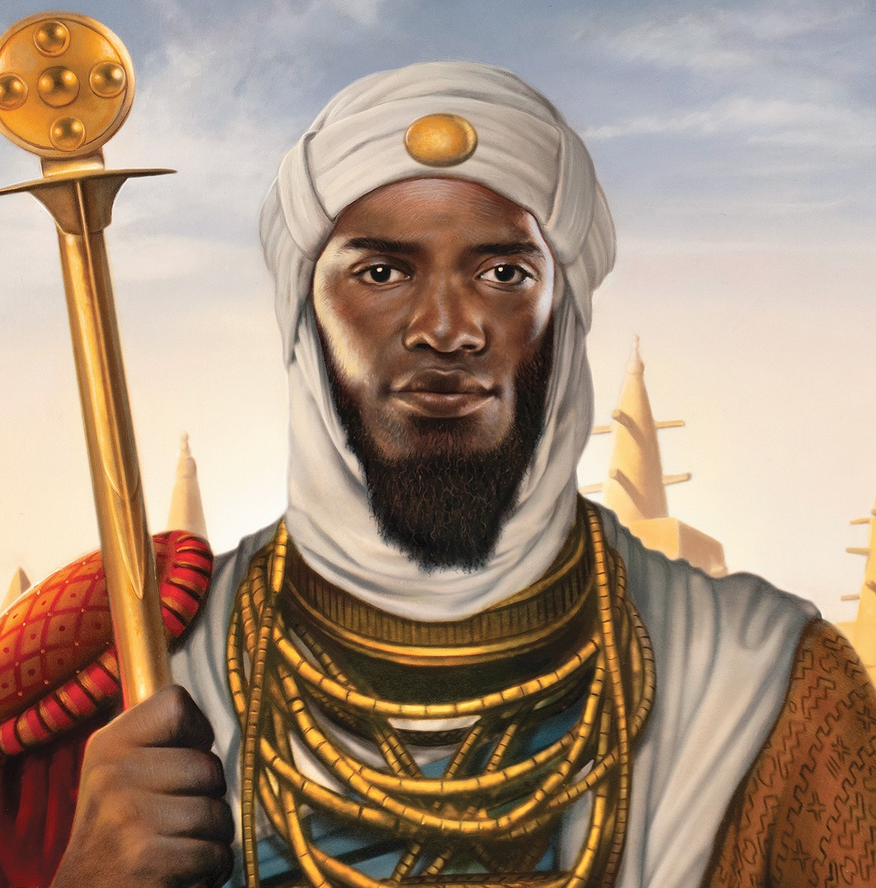 There is confusion about the year in which Mansa Musa died due to contradictory accounts but it is likely that he died in 1332. According to fourteenth century North African scholar, Ibn Fadl Allah al-Omari, of all the Muslim rulers of West Africa Mansa Musa was ‘the most powerful, the richest, the most fortunate, the most feared by his enemies and the most able to do good to those around him’.