How George Clinton Funked The World And Made It Out Alive

The funk pioneer on getting clean, how he constructed his Afrofuturistic image and what the essential items in his life are now. How George Clinton Funked the World and Made It Out Alive

George Clinton has reinvented himself enough for several lifetimes. During one of his many primes, he led the funk music vanguard as a multitalented bandleader. In the mid to late 1970s, Clinton merged his groups Parliament and Funkadelic into a super band of over 10 musicians known for their legendary P-Funk sound. 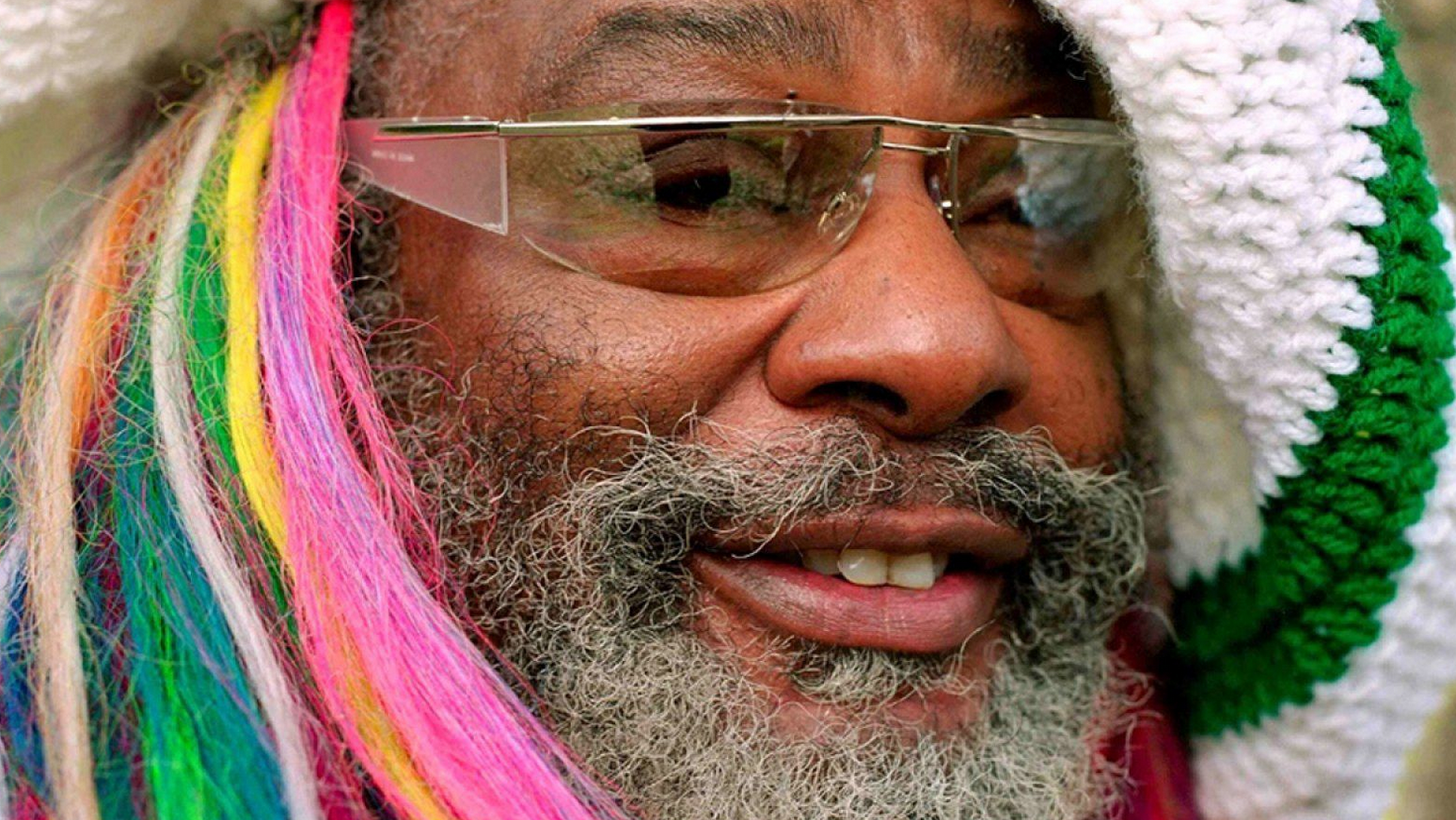 Clinton and Parliament Funkadelic’s wild imagination and intuitive knack for branding were the driving forces behind the group’s Afrofuturistic aesthetic that defined the era. In the ’80s, the band fell apart and Clinton started a solo career in the midst of a drug addiction. He released some of his most successful hits, like “Atomic Dog” and “Nubian Nut.”

Now 78, Clinton has slowed down a bit, but his creativity is constant and clear. He claimed he would retire from music at the end of the Parliament Funkadelic tour in May, but he still finds himself on the road with the band—alongside some of his grandchildren who are now part of the band. “I was gearing it up for the band to just take over and go on back out there, but I’m going to have to hang on a little longer,” he says. “It’s harder to retire than it was to put down the pipe.”

In an interview with WSJ., Clinton spoke about getting sober, trying to gain back the ownership rights to his music and some of his favorite objects.

What motivated you to start the process of reclaiming ownership of your masters and copyrights?

About seven years ago, I decided I got to get rid of this habit because I can’t make music. It took me that long to realize, because [record executives] thought I was a smartass. I could make pretty good records, but you can’t make records like that and take care of business, and it took me a long time to figure that one out. I realized I had to actually have all of my energy to be able to fight for this copyright before it was almost too late. I was 70 years old and I’m like, “You’ve got to quit right now.” The motivation was getting rid of the habit and having to get my funk back, because everybody else had a habit of the funk by now and were strung out on it. People were stealing it from us. It was dope music. Some people sampled it, some people outright stole it—which was the major record companies and publishers. They outright stole it. 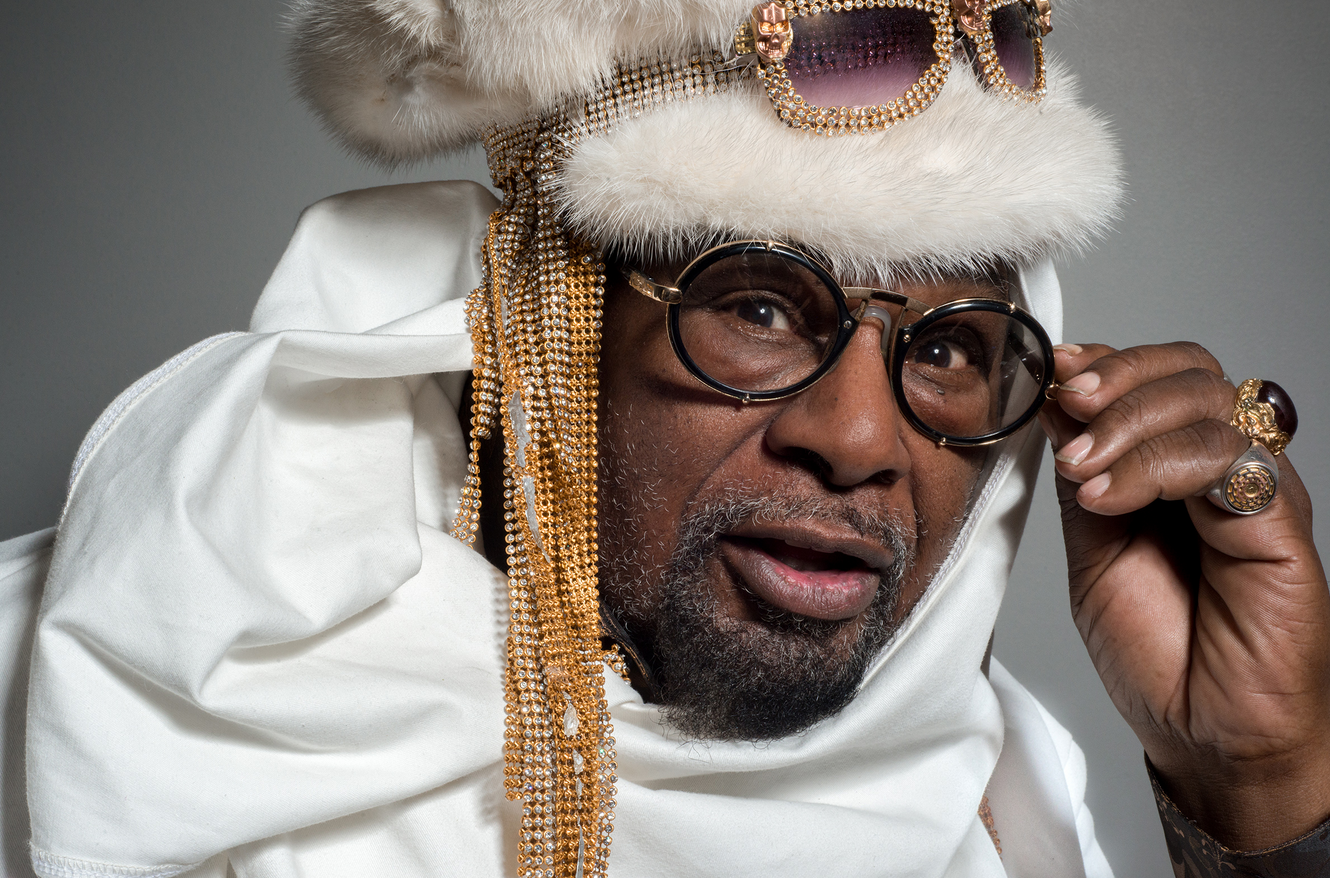 The hip-hoppers, they were just using it, sampling, which is cool, but now we’re getting all the business part of it together. I’m glad to be a leader of that, and that’s my greatest part that I feel that I’ve participated in.

When Did You Decide To Get Sober?

Typically, I don’t get sick too much, and the first time I ever got sick that I had to go to the doctor, the drugs weren’t doing nothing for me. They weren’t even real drugs no more, I didn’t even get high. You just maintain. So when I got sick, that was the first time I had a chance to actually rest. In life, you actually have to rest for two days before you can make any kind of decision. And when you’re doing [drugs], you don’t ever rest. So it’s hard to tell somebody to stop doing it, cause they can’t stop long enough to even think. Now once you do two or three days of rest, then you can actually make a decision.

I realized, I’m 70 years old. I can’t fight this sh—. I also couldn’t fight the record companies, the publishing companies and the lawyers. If I was going to be getting sick, I couldn’t do what I used to anymore. I had to stop. I knew it was important to do the book, the two albums and start the plan for the copyright recaptures. And that was what gave me the energy, because I’m getting old.

What Helped You Create Your Innovative Sound?

Coming out of the doo-wop era, we were just a singing group. We got one hit in ’67. As soon as we got the hit, we wanted to be on Motown [Records] and wanted to be like the Temptations, a stand-up singing group. But just as we got our first hit record, the industry changed. We got a record called “(I Wanna) Testify,” and as soon as we got that, the Rolling Stones and the Beatles popped up on the scene. At the same time you got Sly Stone in from the West Coast with the horns, which wasn’t a stand-up singing group. All that became the hit music. And as soon as we got our hit record, everything changed from the suits and everybody was hippies. So, we had to flip it real quick. We worked in a barbershop, and we made people cool so we thought we were good at coming up with looks. 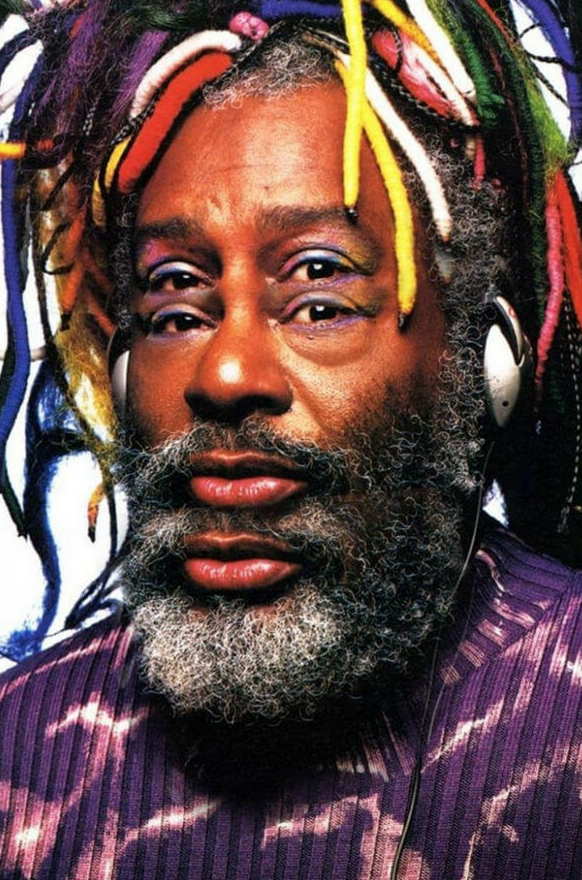 Then we got the “Mothership” onstage, and we couldn’t just look any kind of way. So we got lots of fly stuff, leather, tailor-made suits and foxtail coats. That was until the animal rights people started looking at us funny, and we realized we had to get some fake ones. But when we first got it, we had $50,000 coats coming out of the spaceship. It was good for the photos for that era, and that became the look. The Mothership was the last time we changed and got back into glitter. And after that, I tried everything. I have been back to suits, out of suits and back to glitter again.

How did the Mothership become a symbol for people? It’s currently in the Smithsonian National Museum of African American History & Culture.

Back in 1975, when we did the album, during that time Broadway shows were big. The Beatles were doing their big production, Hair! was big, and we wanted to do something like that for funk. We wanted to have a funk opera. So once we got the hit record “Mothership,” I went to Jules Fisher, an old Broadway designer who built sets on Broadway, and had him build me a spaceship that we could carry around on tour. We could reassemble it wherever we’d go. Besides being just a rock ’n’ roll, and a jamming party, it was also like church. And that was the symbol of P-Funk. 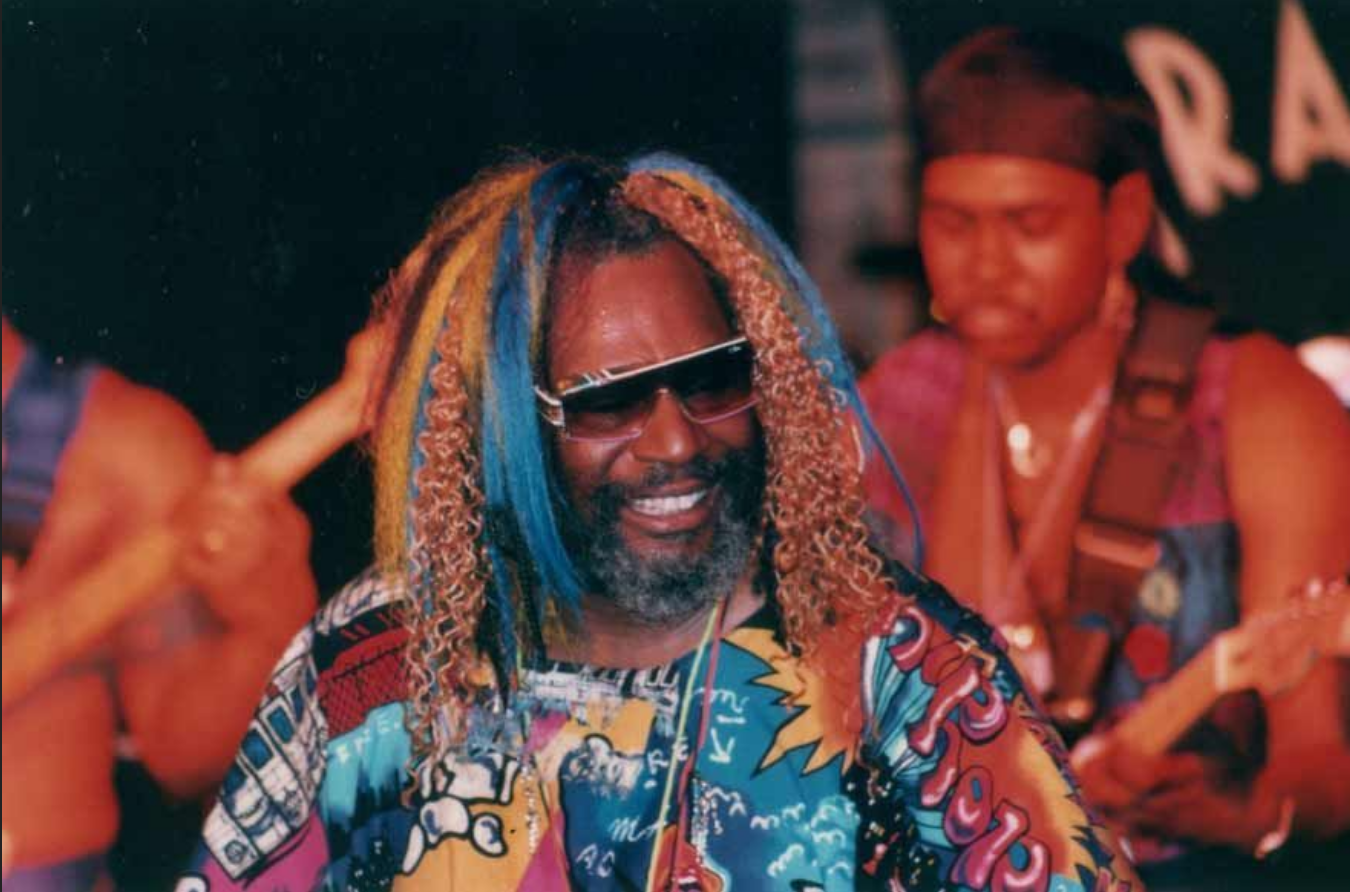 You Were Known For Telling Your Collaborators To Try And Go To A Deeper Emotional Place While They Were Recording. Where Did That Technique Come From?

Well, you learn that from the blues singers. You get someone like [Parliament Funkadelic guitarist] Eddie Hazel, who was totally passionate. He was blues, but Jimi Hendrix had turned him out. So he realized he played blues like his grandmother played it—but with the psychedelic—so you’d get a lot of feeling out of him. With his “Maggot Brain” solo, all I could say to him was, “Play like your mother died,” and if he’d say, “F— you,” it still stuck with me that he knew what I meant.

“Atomic Dog” [released in 1982] signaled a shift into your solo career. Tell me about the kind of place you were in when it was recorded.

Oh, I was acting the fool. And I was on one. I was feeling like I was being dogged. That’s what happens when you’re cracked out. That’s where I was at during that particular time. I’d run out and I went in the studio paranoid because I thought they were trying to record without me. So I had to run to prove to them or myself that I could be in there, or that I should be in there. I was pretty good at bouncing back. It was like when you get to a point when you know you’ve f—ed up. I had to prove I could do it. 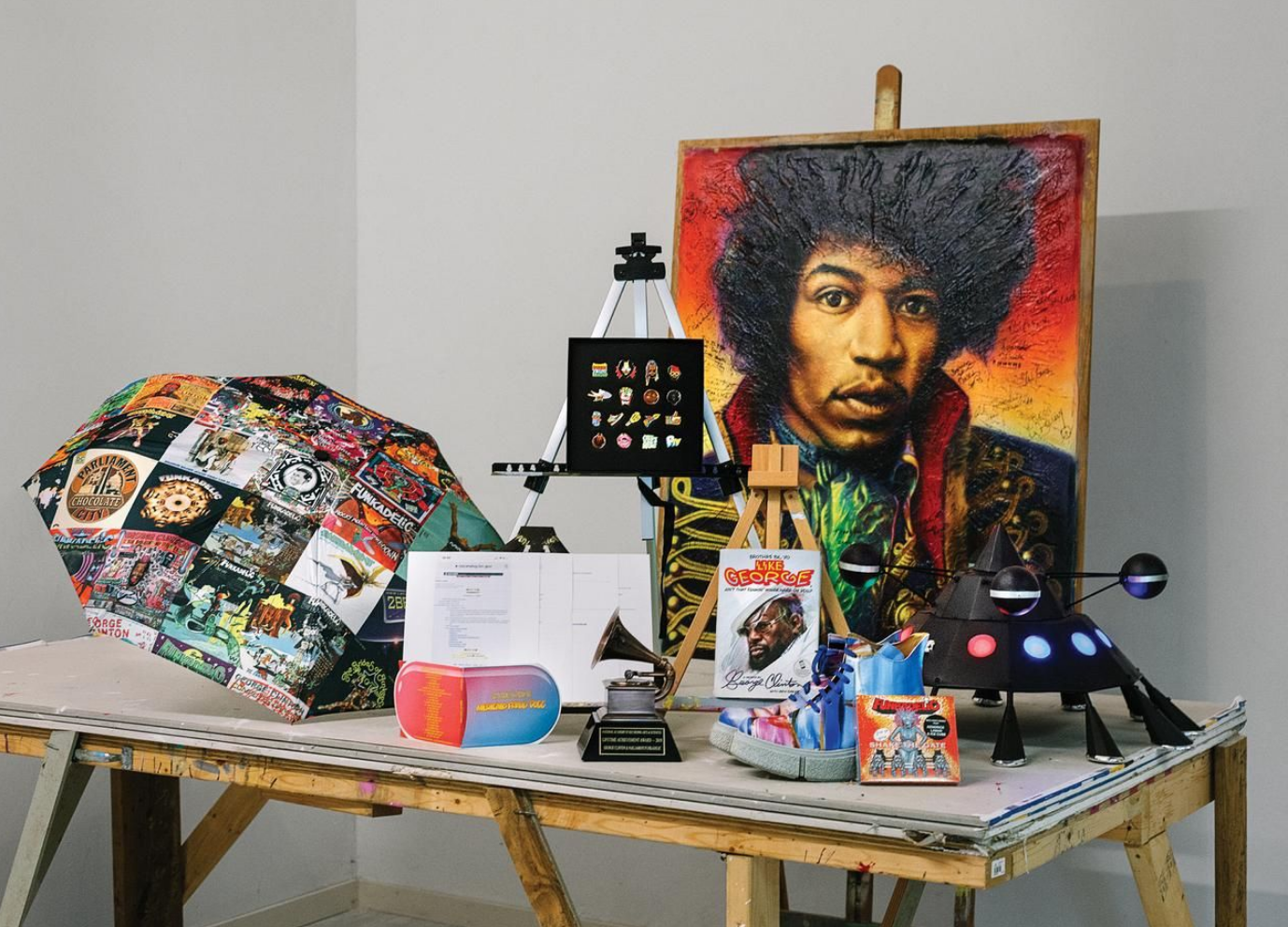 Do You Have Any Regrets Or Is There Anything That You Would Do Differently?

I think everything did pretty good because I feel good at 78. It all pretty much got me to where I’m at now, and I feel real good where I’m at now. I’ve got all the family, they’re members of the band. It’s getting good. To me, it’s worked out really cool.

George Clinton: “The Umbrella is a collection of covers of different albums I’ve worked on with Parliament, Funkadelic, Bootsy [Collins] and P-Funk over the years. It’s also been made into a print for pants, jackets, table runners and coffee mugs. We do a lot of the branding of the P-Funk history, including those pins. I have my copyright captures, which are still coming through: I got ‘Atomic Dog’ back, ‘One Nation Under a Groove’ and ‘(Not Just) Knee Deep.’ All of that is coming together and just a couple more these last legs, and then ‘We Want the Funk.’ Near it is our Grammy Lifetime Achievement Award. I’m glad to have it, but they did it to keep me quiet from screaming about copyright.

The album First Ya Gotta Shake the Gate represents my recovery and third lifetime, my renewal of everything. I did the book Brothas Be, Yo Like George, Ain’t That Funkin’ Kinda Hard on You?, which is part of that. And Medicaid Fraud Dogg was also recorded around the same time.

The shoe is a collaboration with John Fluevog. It sold out in one day.

Next is the small replica of the Mothership, which has been reassembled for the National Museum of African American History and Culture. Back in ’75, when Parliament did the album [Mothership Connection], it was the time of Broadway shows. The Beatles were doing a big production, Hair! was big and we wanted to do something like that for funk. We wanted to have a funk opera. So once we got the hit record, I went to Jules Fisher, an old Broadway designer, and had him build me a Mothership that we could carry around on tour. 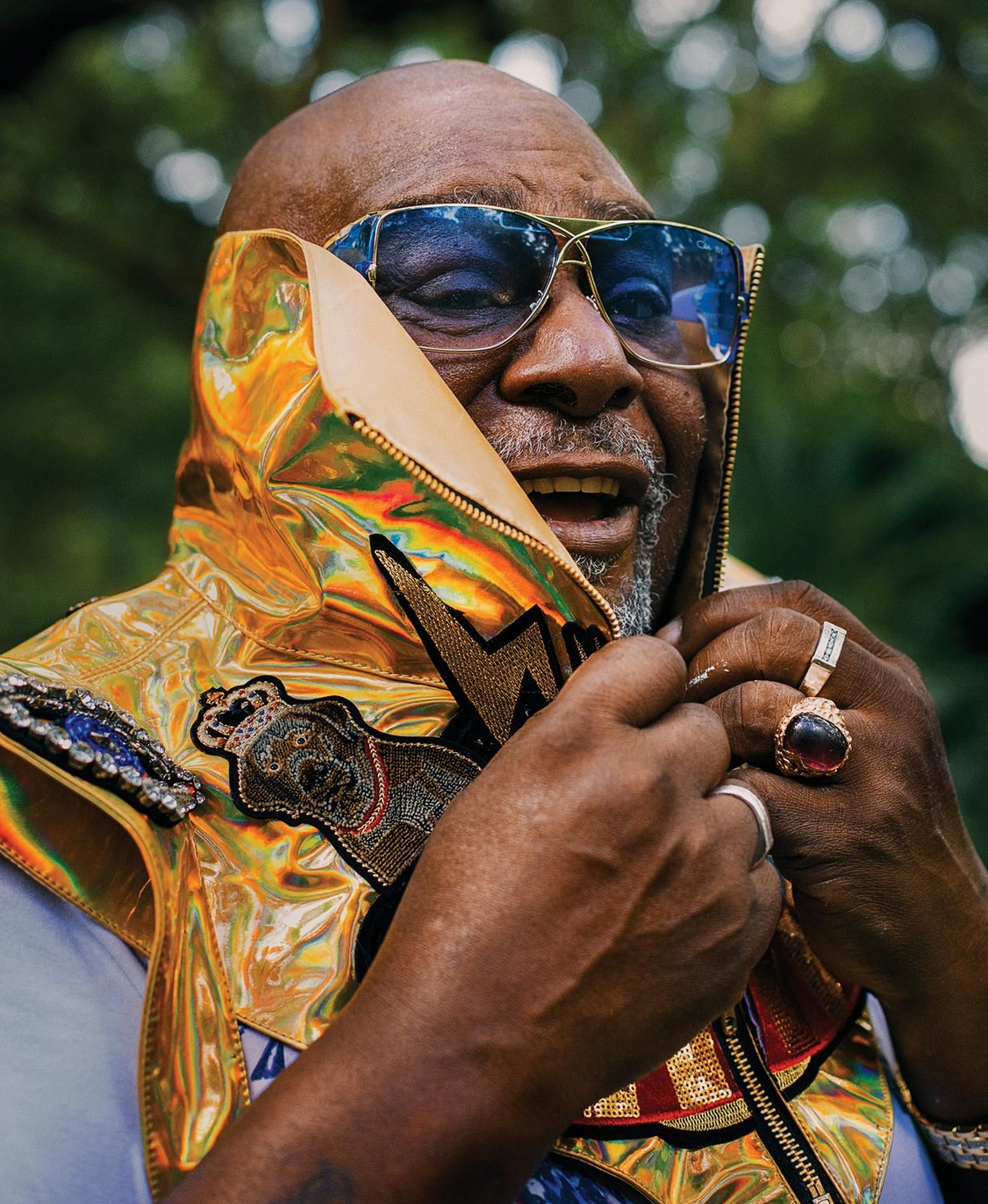 At one of Jimi [Hendrix]’s birthday parties [after his death], a group of us—all the members of his bands, musicians who had performed with him through the years—played for his father. Somebody painted that picture of Jimi during the show, and I got everybody to sign it.

In the Motown era, Jimi was the spirit that combined R&B and rock ’n’ roll with what they called psychedelic and made it make sense. Nobody went that far out with it. It was like avant-garde jazz.”