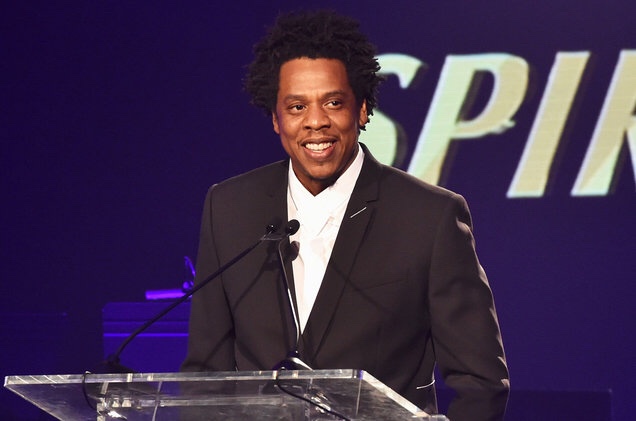 The NFL has struck a broad alliance with Jay-Z in which the rapper will both help the league with one of its thorniest problems—smoothing out continuing tensions with players over social-justice issues—and expand the NFL’s entertainment offerings, including the Super Bowl halftime show and other creative projects.

The NFL and Roc Nation, the entertainment company founded by Jay-Z, have launched a partnership in which Jay Z will take a prominent role in a social-justice program the league launched last year at a time when it was still roiled by controversy over player protests during the national anthem started by Colin Kaepernick.

The parties said Roc Nation will also expand and play an integral role in the NFL’s entertainment operations—not just the halftime show, but also the production and distribution of other new football-related content together on streaming services. That could include original music, in addition to podcasts for players to voice their opinions on social and cultural issues that are important to them. Front Office Sport first reported an NFL-Roc Nation partnership.

The deal effectively positions Jay-Z—who once rapped “I said no to the Super Bowl, you need me, I don’t need you”—as the face of the NFL’s social justice program, Inspire Change, which was launched earlier in the year after years of unrest among its players. But the topic has been a prickly one for the NFL, as Kaepernick has gone unsigned for two years since inspiring the movement while some players continued to demonstrate through last year.

Inspire Change’s stated goals are promoting education and economic advancement, improving police and community relations, and enacting criminal justice reform. The initiative was started in partnership with the Players Coalition, which was founded by a group of players seeking to enact social reform, and has supported charities and causes across the country.

Jay-Z said in an interview that he felt comfortable becoming a leading voice for the Inspire Change because of the league’s ability to reach so many different people. He is getting involved even though he may not agree with the politics of some of his new business partners—NFL team owners.

“I’m black. That’s my world,” Jay-Z said at his offices in Manhattan. If he didn’t do business with wealthy business interests who he may disagree with politically, he added, “then I couldn’t have any TV shows. I couldn’t put my platform on TV because I’m sure someone who owns the broadcast network has supported someone who I don’t believe should be in office.”

“I can’t control, no one can control the world that we live in currently and people’s choice to vote self interests,” the hip-hop icon added, referring to “very, very rich people.”

Goodell championed Jay-Z’s ability to connect with younger fans that the leagues needs to both secure its future audience and make a broader cultural impact.

The NFL moved to the center of this conversation three years ago when then-San Francisco 49ers quarterback Colin Kaepernick began sitting and later kneeling during the national anthem to call attention to social issues and racial inequality. He was later joined by fellow players, and the movement was met with polarizing responses—praise from some for his activism, and derision from others who deemed the protests unpatriotic.

Goodell said the league has sent letters inviting Kaepernick into the conversation on the league’s efforts. Jay-Z, on Monday, said he has not spoken to Kaepernick but hopes to do so soon. Kaepernick couldn’t immediately be reached for comment.

“He absolutely brought this conversation alive,” Jay-Z said of Kaepernick. “We like to think that the way we build the Inspire Change platform, that if anything close to that would happen in the future, then Kaepernick would have a platform where he can express himself and maybe it doesn’t have to take place on the field.”

Kaepernick became a free agent after that 2016 season and has gone unsigned since, leading to a grievance in which he alleged the NFL and its teams colluded to keep him unsigned because of his outspoken political views. The grievance was settled earlier in the year, for a sum The Wall Street Journal reported was less than $10 million.

Tensions over the movement catalyzed by Kaepernick became inflamed in 2017 when President Trump repeatedly assailed the players’ actions as unpatriotic and in a stump speech referred to a generic player as a “son of a bitch.” In response, NFL players knelt en masse in a direct rebuke of the president’s language and the massively popular league found itself in an unusual firefight.

The uproar also cast a light on owners’ relationships with president. The Journal previously reported that in private depositions taken during Kaepernick’s grievance, the owners discussed how Trump’s commentary changed their opinion on the topic.

That same issue roared back to life last week when word emerged that Miami Dolphins owner Stephen Ross would host a fundraiser for Trump amid a heated national debate over criticisms that have called the president’s politics racially charged. Ross created a non-profit to empower the sports community in social justice efforts to eliminate racial inequality, a juxtaposition called into question by one of his own players. “You can’t have a non profit with this mission statement then open your doors to Trump,” Dolphins wide receiver Kenny Stills tweeted. Ross has said since that while he agrees with Trump on some issues, they disagree on others.

“I admire his conviction and his bravery for speaking how he truly felt,” Jay-Z said of Stills.