Next Target For Hackers In 2020 Is Your Brain

(1). Hacking Our Brains Via Our Sense of Smell: Next Target For Hackers In 2020 Is Your Brain

Ilana Hairston is a psychologist at The Academic College of Tel-Aviv Yaffo in Israel. She studies how the brain works when a person is sleeping. An experiment that Ilana conducted showed that a person’s view of one another can be changed by an “outside force.” 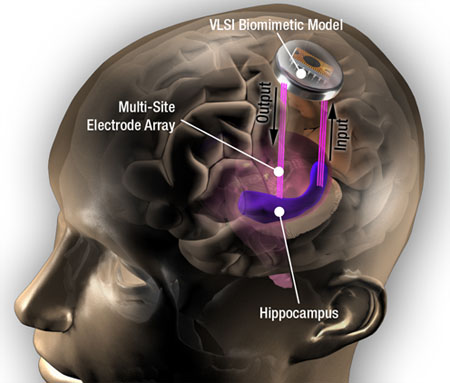 Computer programmers hack into secure systems using “cracks,” a way of getting around the security to private information. It turns out that human beings have “cracks” too.

Marc Salem, born Moshe Botwinick to Jewish parents, is an American mentalist and mind reader from Philadelphia and is qualified in non-verbal communication. Salem has been using his skill as an expert in kinesics, commonly referred to as body language, and his uncanny understanding of the mental process to fascinate audiences around the world. Even though he spends a lot of time on the stage, he is also in great demand as a public speaker and continues to educate lawyers, politicians and public servants in the minute nuances of voice and movement that reveal our thoughts to those around us.

3. A Little Device That’s Trying to Read Your Thoughts:

Called the iBrain, this simple-looking contraption is part of an experiment that aims to allow Dr. Hawking — long paralyzed by amyotrophic lateral sclerosis, or Lou Gehrig’s disease — to communicate by merely thinking.

The iBrain is part of a new generation of portable neural devices and algorithms intended to monitor and diagnose conditions like sleep apnea, depression and autism.

“The iBrain can collect data in real time in a person’s own bed, or when they’re watching TV, or doing just about anything,” Dr. Low said.

The device uses a single channel to pick up waves of electrical brain signals, which change with different activities and thoughts, or with the pathologies that accompany brain disorders.

Jack Gallant can read your mind. Or at least, he can figure out what you’re seeing if you’re in his machine watching a movie he’s playing for you.

Gallant, a researcher at the University of California, Berkeley, has a brain decoding machine – a device that uses brain scanning to peer into people’s minds and reconstruct what they’re seeing. If mind-reading technology like this becomes more common, should we be concerned?

Chris Berka is the CEO and Co-Founder at Advanced Brain Monitoring (ABM). She has more than 25 years’ experience managing clinical research and developing and commercializing new technologies.

Using Neuroscience, Chris Berka and her team at NeuroTech startup Advanced Brain Monitoring have recently identified, what “the Zone” is and how to get into it.

Chris Berka talks about how you can use advanced brain monitoring technology to improve your mental and physical performance.

“Now that we know which brain regions are involved, we may be able to use this knowledge to alter someone’s capacity to be hypnotized or the effectiveness of hypnosis for problems like pain control,” said the study’s senior author, David Spiegel, MD, professor and associate chair of psychiatry and behavioral sciences.

Your eyelids are getting heavy, your arms are going limp and you feel like you’re floating through space. The power of hypnosis to alter your mind and body like this is all thanks to changes in a few specific areas of the brain, researchers at the Stanford University School of Medicine have discovered.

Seeking deeper understanding of how the brain works

Edward Boyden develops techniques to study the brain, and how it operates, in finer detail. Boyden leads the synthetic neurobiology research group at the MIT Media Laboratory and the McGovern Institute for Brain Research at MIT.

How is the mind formed, and what does it mean to be human?

These are the questions that intrigue Edward Boyden, an associate professor of biological engineering and brain and cognitive sciences at MIT.

Boyden has pioneered the development of technologies such as optogenetic tools, in which light-sensitive proteins from algae and bacteria are added to neurons. This allows the neurons to be activated or silenced with pulses of visible light.

How Do I Know If I’ve Been Bugged?