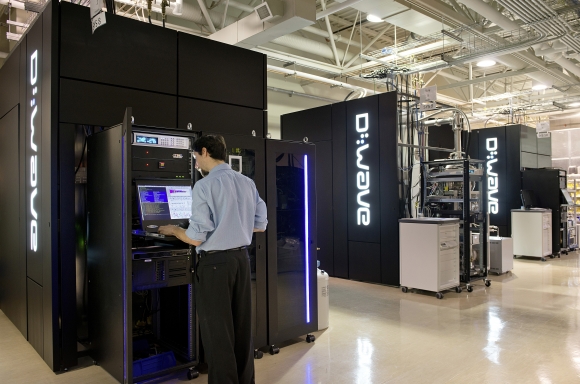 Volkswagen AG first experimented with a quantum computer about two years ago to see how the cutting-edge computing platform could optimize traffic in urban cities much faster than an ordinary, classical computer.

That research project now has evolved into a quantum computing-based traffic management system that could be offered as a commercial service from Volkswagen, says Martin Hofmann, Volkswagen’s chief information officer.

“We’re getting closer and closer to commercializing,” said Dr. Hofmann, who oversees information technology for Volkswagen Group’s 12 brands including Audi, Porsche and Bentley.

In a recent experiment, Volkswagen’s traffic management system used both a classical computer and a quantum computer to predict the demand for a group of taxis up to an hour in advance of when they’d need to arrive at different places within a city, Dr. Hofmann said. The experiment was unveiled earlier this month at the Web Summit technology conference in Lisbon. 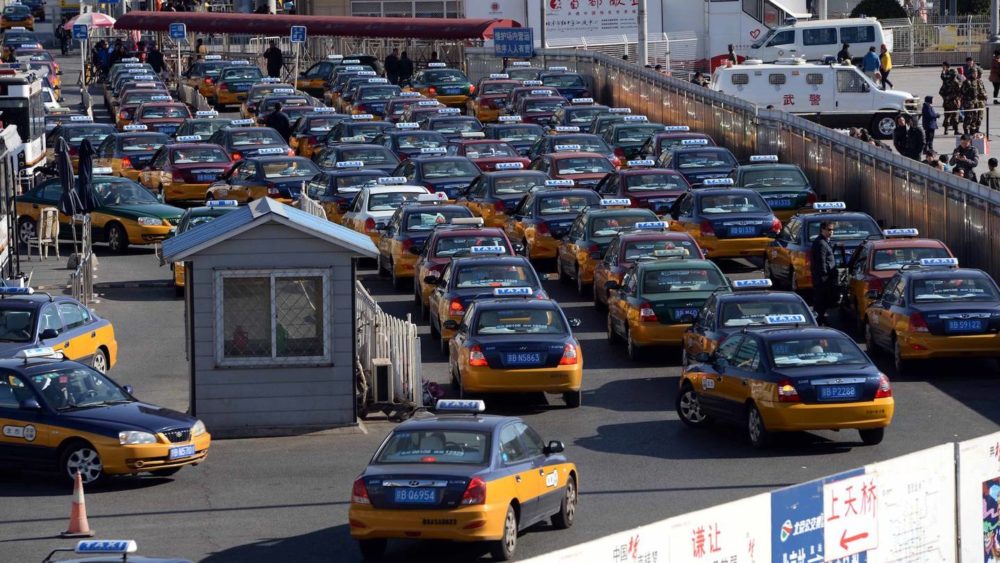 It’s possible that such a system could be offered as a new commercial service from the German automaker, said Dr. Hofmann. Although he didn’t specify a timeline, he said so-called quantum routing could be a feature in the navigation system of Volkswagen Group vehicles, or users could pay an extra fee monthly to access it.

The company, which has three quantum computing-related patents pending, also could offer the system to public transportation companies or ride sharing companies to predict revenues based on more accurate passenger demand, he said.

“We’re right now discussing how to commercialize it, but we know already there’s big demand,” Dr. Hofmann said, adding that the team has been fielding inquiries from ride-sharing companies and public transportation companies.

Other automakers including Ford Motor Co. are experimenting with quantum computing, an emerging technology that has the potential to solve complex business problems beyond the scope of today’s supercomputers, through harnessing the properties of quantum mechanics.

While traditional computers use binary digits, or bits, which either can be 0s or 1s, quantum computers use quantum bits or qubits, which represent and store information as both 0s and 1s simultaneously. Quantum computers have the potential to sort through a vast number of possible solutions — more than the number of atoms in the universe — with the calculations being completed as fast as a fraction of a second.

D-Wave is one of many companies that aim to commercialize quantum computers, including Alphabet’s Google Inc., International Business Machines Corp. and Microsoft Corp. D-Wave’s machine, called a quantum annealer, is particularly useful for such optimization problems as routing thousands of taxis to different points within a city to avoid traffic jams, Dr. Hofmann said.

That was the test case for Volkswagen’s first experiment with a quantum computer, which took GPS data from 10,000 taxis in Beijing and simulated specific routes that would allow each car to travel from downtown Beijing to the nearest airport, about 20 miles away.

A team of five researchers from Volkswagen completed the most recent, three-month experiment earlier this fall. They used anonymized data from cell phone users in Barcelona through mobile network operator Orange. The data included GPS positions, date, time and movement, which allowed Volkswagen to see how cell phone users moved throughout a city at any given time.

The data was aggregated and analyzed by Switzerland company Teralytics AG, which allowed Volkswagen to identify only cell phone users who were pedestrians, as opposed to those who were in cars or on bicycles.

That data then was fed into a machine learning algorithm, upon which a classical computer learned over time how to predict where different pedestrians, and groups of pedestrians, would be at different points in time. That prediction algorithm was fed into D-Wave’s quantum computing machine, which assigned precise groups of taxis to various destinations in near-real time, up to an hour in advance of when they’d need to arrive.

Such optimization problems are complex because of the many variables and possible solutions involved. Quantum computers can solve such problems in near real-time, while classical computers would usually take minutes or hours.

“We had to abort the run time because it took too long on a classical computer,” Dr. Hofmann said. “If you want to give a few hundred taxis real-time information, (the calculation) has to happen in milliseconds.”

Pilot is set to take place in Lisbon next week, with buses ferrying riders to and from a tech conference.

Volkswagen AG plans to test a quantum-computer-powered navigation app in Lisbon next week, part of a larger plan to include such a feature in its vehicles within the next few years.

The Germany-based company, the world’s biggest auto maker by sales, has been working to commercialize this technology for about three years.

The Lisbon test is timed to coincide with the city’s Web Summit technology conference. Nine public buses ferrying riders between the conference and other parts of the city will be equipped with iPads loaded with the “quantum routing” application, which includes technology from British Columbia-based D-Wave Systems Inc.

The app uses cloud-based quantum-computing services to calculate the fastest route for each of those nine buses in near real-time. The goal is to help prevent traffic jams and cut down travel time, said Martin Hofmann, Volkswagen’s chief information officer.

The Volkswagen app is different from traditional driving navigation apps, which show vehicles which routes are less congested, giving the same information to all vehicles in a given area. The VW app spells out an individualized route for each participating bus.

“We’ll change the way traffic moves, which is a milestone for us,” said Dr. Hofmann, who oversees information technology for Volkswagen’s 12 brands, including Audi, Porsche and Bentley.

Volkswagen expects to roll out the quantum-routing feature in mid-2020 to public-transportation partners in a high-density city, perhaps in Lisbon, Dr. Hofmann said.

Quantum computers are still years away from large-scale commercial applications due to hardware challenges, experts say. But experimentation continues. Researchers at Alphabet Inc. ’s Google last week announced they built a machine capable of generating about 1 million random strings of numbers in roughly three minutes, a task that they said would have taken the world’s fastest conventional supercomputer 10,000 years.

Whether such power is truly needed for routing traffic is up for debate, said Dan Garrison, master technology architect at Accenture PLC’s quantum consulting practice. Volkswagen’s pilot project shows that companies are getting better at understanding what can be done with a quantum computer, he said.

Vern Brownell, chief executive of D-Wave Systems, said a quantum-routing application has the potential to solve business problems, including far more complex traffic-optimization problems that are beyond the scope of today’s supercomputers.

An earlier collaboration between Volkswagen and D-Wave involved a simulation three years ago that created specific routes for 10,000 taxis traveling between downtown Beijing and the nearest airport, about 20 miles away, in the fastest time possible without creating a traffic jam.

The Lisbon test, although happening on real streets, will be on a far smaller scale.

A predictive-analytics tool running on a classical computer will identify 45 minutes ahead of time which of the 26 stops is expected to have especially high passenger numbers. To solve that calculation, the German auto maker uses anonymized data from cellphone users that includes GPS positions, date, time and movement.

The quantum computer will calculate in milliseconds the fastest route for each individual bus, taking into account millions of real-time data points about traffic congestion and ridership demand. Each bus will be assigned an individual route every two minutes so they don’t slow down traffic.

The same calculation would take dozens of minutes on a classical computer, Dr. Hofmann said.

“What’s exciting about this work is that it’s being applied in the real world,” said Scott Pakin, a computer scientist at Los Alamos National Laboratory.

Other auto makers including Ford Motor Co. are experimenting with how quantum computing could quickly optimize driving routes and improve the structure of batteries for electric vehicles.