The Trump Administration Is Politicizing the Tragedy of California’s Catastrophic Wildfires. Trump Is Responsible For Deaths In California Wildfires 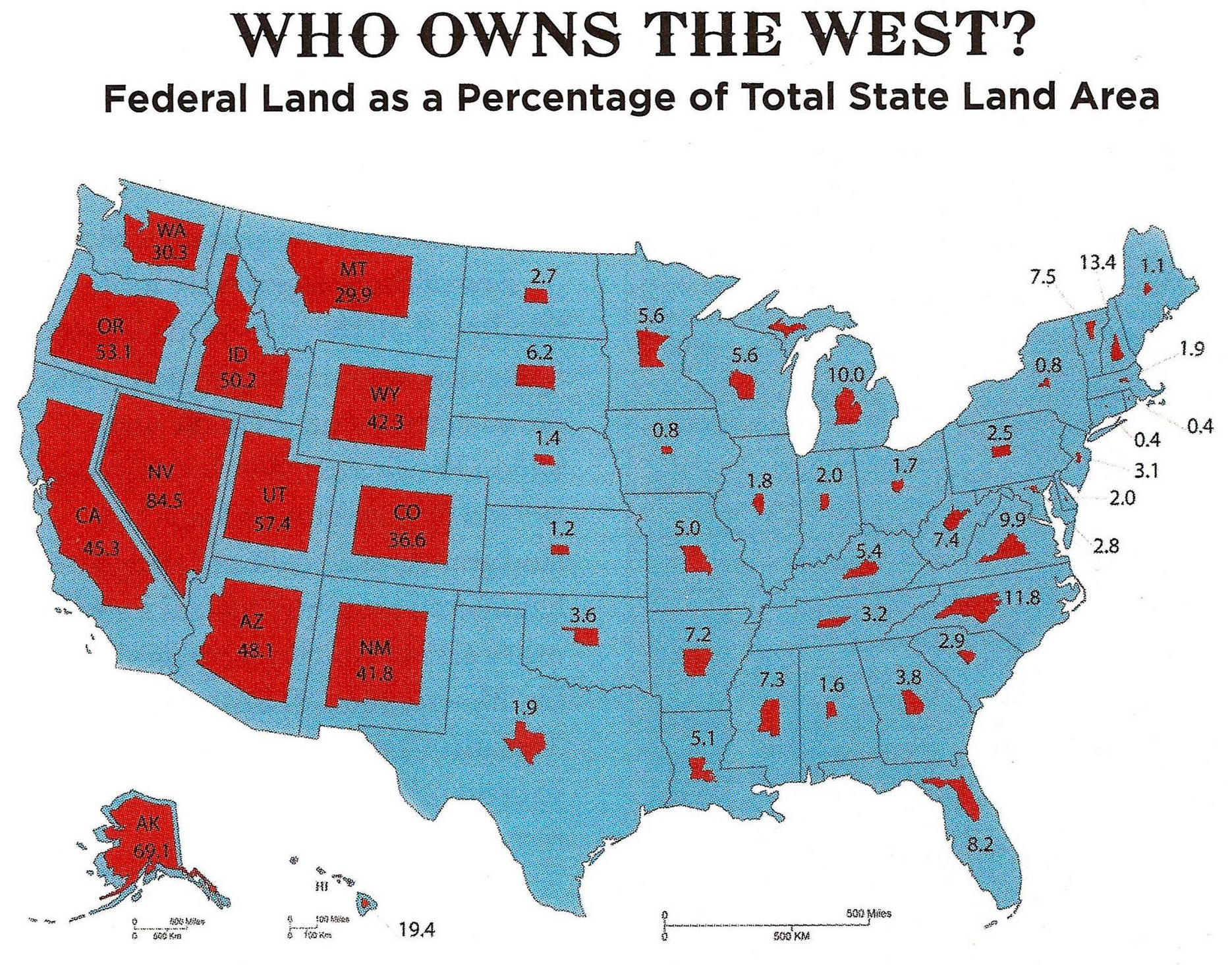 Trump Blames California For Fires.
He Should Check To See Whose Land They’re On

How Washington politics and blame-shifting let the forest fire problem get out of control.

With wildfires raging and smoke choking the West Coast’s cities and towns, President Donald Trump has repeatedly blamed state officials in California, Oregon and Washington for the conflagrations, suggesting they have done a poor job of managing their forests—even suggesting that they somehow rake the forests to prevent fire.

But when Trump met California officials this week for a briefing on the wildfires, CalFire director Thomas Porter showed him a map of California’s fires, most of which were located on territory the map colored green.

“All of the green,” Porter told him, “is federal lands.”

Forest fire management is a complex issue, but one thing is clear: the federal commitment to it has been declining for years, and Trump has done little to reverse it. The federal government’s spending on fire prevention has been shrinking; the budget for vegetation management fell from approximately $240 million in 2001 to $180 million in 2015, a decline of 24 percent.

It’s not because the need has decreased. According to the National Interagency Fire Center in Boise, Idaho, of the 10 years on record with the largest acreage burned, nine have occurred since 2000, including the peak year in 2015. With the increase in the number and intensity of wildfires, the cost of fighting them has grown substantially.

A 2015 report by the Forest Service points out that “as more and more of the agency’s resources are spent each year to provide the firefighters, aircraft, and other assets necessary to protect lives, property, and natural resources from catastrophic wildfires, fewer and fewer funds and resources are available to support other agency work—including the very programs and restoration projects that reduce the fire threat.”

The problem, in part, is that until recently, the Forest Service had no way to increase its funding in bad fire years, so unanticipated costs of firefighting had to come out of funds originally set aside for other priorities, like land management.

Along with this shift in resources, there has also been a corresponding shift in staff, with a 39 percent reduction in all staff other than firefighting personnel. As a result, the agency was forced to redirect dollars and staff focused on measures that could reduce the risk of fires by improving forest health.

The more money spent on fighting fires, the less was available to prevent them—clearly a “robbing Peter to pay Paul” scenario. Were this problem left unchecked, Forest Service would be devoting more than two-thirds of its budget to firefighting in 2025.

Recognizing the problem, the Obama administration went to Congress to fix it.

The ask was simple—stop forcing the Forest Service to pay for firefighting with the money intended for forest management and other programs designed to protect fish and wildlife, provide outdoor recreation, and manage rangelands and wilderness areas—all part of the agency’s legislated mission—and, instead, treat these extreme fire events like the disasters they are, and pay for them out of disaster assistance funds.

After years of debate, Congress finally reached a compromise in 2018 to ease this zero-sum approach by allowing the Forest Service to tap into disaster assistance funding when firefighting costs exceeded the Forest Service’s annual fire suppression budget. They called it the “fire fix.”

Fixing the funding problem for firefighting was very important. But the long delay in reaching this compromise meant fire prevention efforts lagged for years, allowing the buildup of fire-prone vegetation that will fuel future fires, likely contributing to the fires sweeping through California and the Pacific Northwest today.

Why the delays? Because some Republican members of the House and the Senate refused to fix the funding problems unless measures were included to limit environmental reviews and legal challenges to future timber sales and insisted that funding for future national forest timber sales be increased.

But the fire fix addresses only one part of the problem—there’s also a serious capacity problem to address. According to the California office of the U.S. Forest Service, returning California’s national forests to a condition that reduces future extreme fire risk would require treating 6 million to 9 million acres a year.

At the same time, the Trump administration has sent mixed signals to Forest Service leadership regarding what the agency’s management priorities should be. It would seem that reducing fuel loads that contribute to fire risk and improving forest health should be the top priority.

But, political leadership in the Department of Agriculture has reinstituted timber targets as a performance measure for Forest Service leaders in addition to improving forest health.

In other words, as anxiety rises about fire risk across federal lands, national forest managers are being rewarded for shifting attention and dollars away from the goal of smart maintenance. Meeting timber production goals has little to do with improving the health and resilience of national forest lands. However, it is an easy metric to assess the performance of forest managers as well as a way to satisfy the timber industry.

Managing wildland fire is a collaborative effort that requires a coordinated approach. Efforts to politicize wildfire by questioning the connection to climate change—in spite of established science—and to cast blame or assign responsibility for catastrophic fire based on party affiliation (i.e., somehow it is a problem only for states with Democratic governors), or to short circuit required project reviews for health, safety or environmental impact are counterproductive—to say the least.

As the president engages in partisan blame-shifting about a crisis happening on his own watch, there’s one positive example to draw from, and it’s far from Washington. Firefighting itself, a responsibility shared by the federal government, states, local officials and tribal government, is a model of cooperation.

The wildland firefighting community and the non-partisan manner in which it operates provide a model for how government should function to prevent the problem of wildfires in the first place—not by pointing fingers, debating their cause or shirking responsibility, but by working together to improve the health and resilience of our nation’s forests and the well-being of the people it serves.

Trump waded into the conversation about the catastrophic California wildfires via a series of posts to Twitter this week. But instead of thanking firefighters for their efforts or offering condolences to the victims, he took the opportunity to blast Democratic Gov. Jerry Brown and environmental protections.

“We have plenty of water to fight these wildfires,” Scott McLean, deputy chief of the California Department of Forestry and Fire Protection, told HuffPost on Monday. “It is our changing climate that is leading to more severe and destructive fires.”

“We have plenty of water to fight these fires,” Deputy Cal Fire Chief Scott McLean said in a statement. “The Carr fire has Whiskeytown Lake, Shasta Lake and Trinity Lake just to name a few water sources. The Mendocino Complex is next to Clearlake Lake. The current weather is causing more severe and destructive fires.”

The problem with his tweets, according to environmental scientists and California water experts, is that there’s way more than enough water available to fight the wildfires in California.
Plus, they say, Trump is ignoring the critical issue of climate change, which has raised global temperatures and intensified droughts, making wildfires in the West bigger and more likely.
Governor Jerry Brown must allow the Free Flow of the vast amounts of water coming from the North and foolishly being diverted into the Pacific Ocean. Can be used for fires, farming and everything else. Think of California with plenty of Water – Nice! Fast Federal govt. approvals.

— Donald J. Trump (@realDonaldTrump) August 6, 2018
“This seems to be a confused attempt to conflate the terrible California wildfires with our always contentious debates over water,” said Peter Gleick, an environmental scientist and former MacArthur Fellow who is president emeritus of the Pacific Institute in Oakland, California. “Part of what he said implied there wasn’t enough water to fight the fires in California because of our water policies — which is complete nonsense. There’s plenty of water to fight the fires. We don’t even use that much water to fight the fires, but there’s plenty. Three of the state’s largest bodies of water are very close to these fires. It’s just ridiculous.”

If I could get rid of this idiot myself I would do it in a heart-beat! (Instead of thanking firefighters for their efforts or offering condolences to the victims…)