Resistance To Noncompete Agreements Is A Win For Workers (#GotBitcoin?)

Several states try to limit contracts that make movement between jobs harder. Resistance To Noncompete Agreements Is A Win For Workers (#GotBitcoin?) 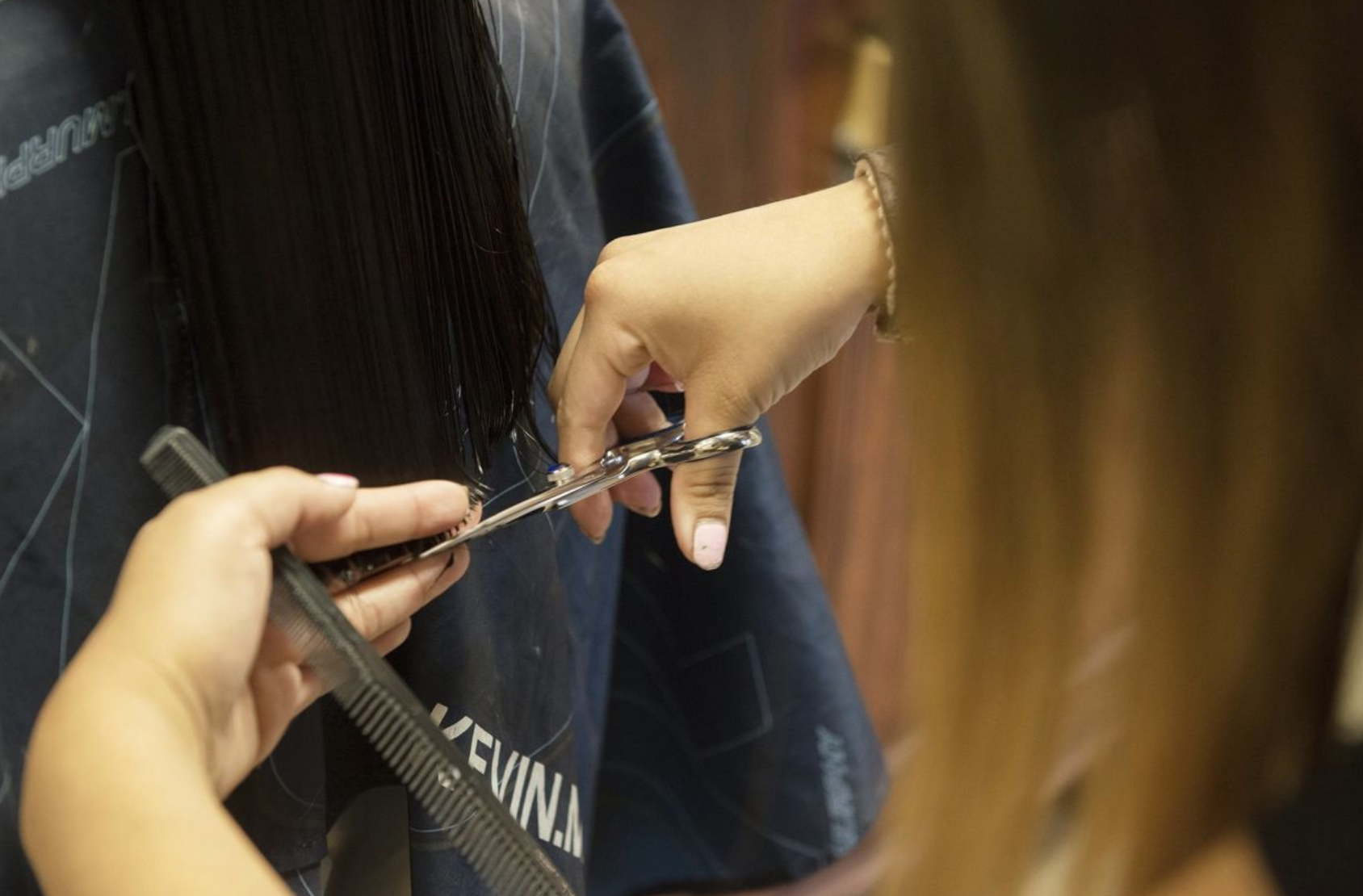 Noncompete Provisions Have Increasingly Crept Into Contracts For Lower-Wage Workers Like Hairdressers.

Quitting a job for a better offer is a time-tested method of securing a pay raise, improved working conditions or both.

Now a national backlash is building against employers that make such movement harder with noncompete agreements that bar departing employees from taking jobs with industry competitors for certain periods of time. That’s good news for workers, because eliminating barriers to job-hopping could help stir the kind of wage growth workers haven’t seen since before the last recession.

Employers have long used noncompetes to protect company secrets and intellectual property, applying them primarily to high-earning professionals such as business executives, scientists and lawyers. Noncompete provisions have also crept into contracts for lower-wage workers like janitors, hairdressers and dog walkers, with companies saying those workers have access to proprietary information and customer bases. 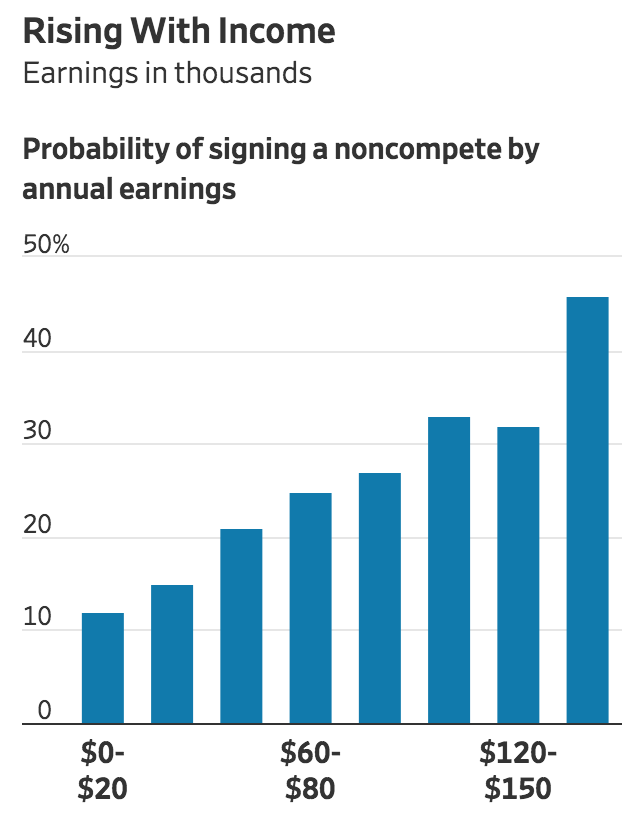 In Washington, state legislators last month passed a law making noncompetes unenforceable for certain workers, including employees earning less than $100,000 a year. Hawaii in 2015 banned noncompete agreements for technology jobs, arguing they imposed hardship on tech employees and discouraged entrepreneurship. A later study found that the Hawaii ban increased mobility by 11% and wages for new hires by 4%.

Earlier this year, New Hampshire’s Senate passed a bill banning noncompete agreements for low-wage workers, and lawmakers in Pennsylvania and Vermont have proposed to ban noncompetes with few exceptions.

Attorneys general also have successfully challenged some of these agreements. WeWork Cos., for example, last year agreed to sharply curtail its practice of requiring most employees to sign noncompete agreements, as part of a settlement with attorneys general in New York and Illinois.

After the settlement, WeWork released 1,400 rank-and-file employees, including cleaners and baristas, from noncompete agreements nationwide. The terms of another nearly 1,800 employees’ noncompetes were made less restrictive. The shared-office company declined to comment on the percentage of its employees that are still bound by noncompete agreements in the U.S.

Earlier this year, the Illinois attorney general reached a settlement with a unit of payday lender Check Into Cash Inc. for imposing noncompete agreements on low-wage customer-service employees. The company declined to comment.

Evan Starr, an economist at the University of Maryland, estimates that roughly 1 in 7 workers making $40,000 or less sign noncompetes. His research found states that enforce the clauses see lower wages over the course of workers’ careers than states that don’t.

“It looks like states that choose to enforce noncompetes see declines in mobility, entrepreneurship and wages,” he told The Wall Street Journal.

Noncompete clauses “severely impact low-wage workers, who are working in those [low-wage] industries because they don’t have alternatives,” said Ronald Gilson, professor of law at Columbia and Stanford universities who has researched the topic. Among such workers, the agreements have “no other purpose than to restrict competition in the market for employees,” he said.

In California, North Dakota and Oklahoma, noncompete agreements are generally void under state law. Other states, like Massachusetts, last year tightened the conditions under which the covenants can be enforced. Some states, including Florida, have provisions that let courts modify the agreements if they are overly broad. 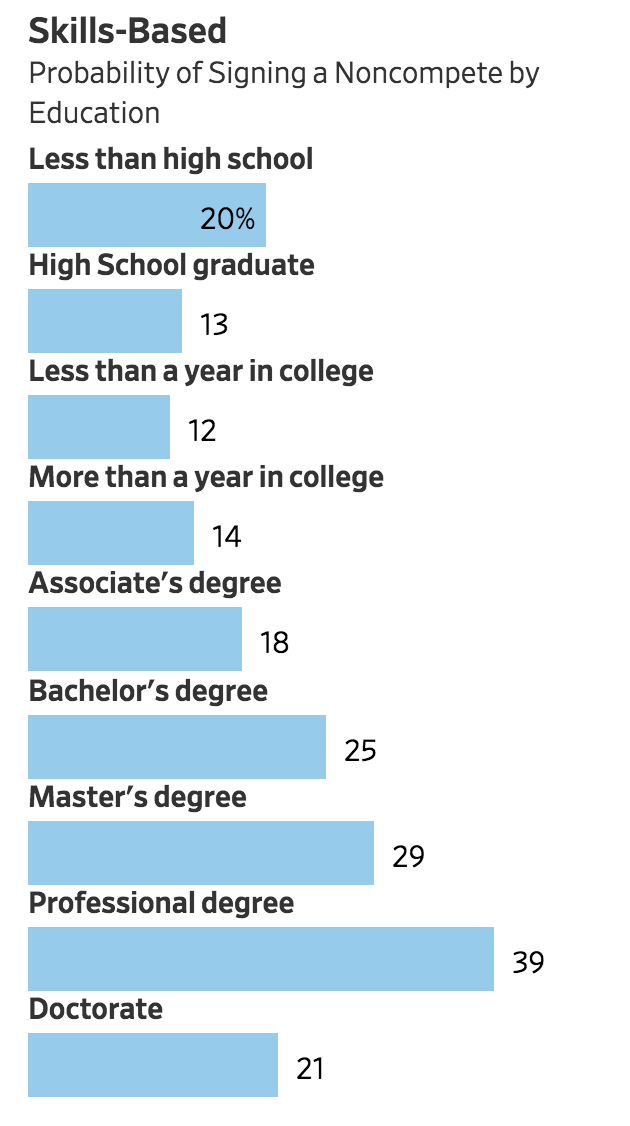 Analysts say many low-paid workers don’t challenge the agreements because they don’t know they can or fear the costs and process of litigation. That “chilling effect” can prevent workers from moving to a higher-paying position, even if the clause is unenforceable in their state.

“Most of these employers that utilize restrictive covenants never see the light of day in courtrooms,” said Christopher R. O’Hara, an attorney at Todd & Weld LLP.

Some people are fighting back. Mr. O’Hara last year represented Sonia Mercado, a janitor earning $18 an hour, when she was sued by her former employer after going to work for a competitor. Real-estate-services firm Cushman & Wakefield argued she had access to confidential information.

After media reports on the lawsuit, filed in Massachusetts, the company dropped the suit and agreed to pay a portion of the janitor’s legal bill.

A spokesman for C&W Services, the subsidiary involved in the lawsuit, said that while the company has restrictions with some salaried managers, its policy was incorrectly applied in Ms. Mercado’s case.

“We took action to correct the situation, ended all legal proceedings, and sincerely apologized to Ms. Mercado,” spokesman Brad Kreiger said in a statement.

Ms. Mercado, who worked nights overseeing a team of janitors, said she remains “disgusted” by the suit. “I would understand if I was the CEO or vice president or something like that, but come on,” said Ms. Mercado, who lives in Seabrook, N.H.

Some economists argue that noncompetes are evidence of the market power of corporations that can dictate the terms of engagement with their employees. A low unemployment rate might help shift that balance of power back toward workers.

Internal-medicine physician Elizabeth Gilless faced a quandary a few years ago when she was offered a job at a hospital in Memphis, Tenn. A noncompete in the contract said she couldn’t treat patients either within 20 miles of the hospital or in Shelby County—which encompasses Memphis and its environs—for a year after leaving the position. “It would really limit my options in terms of employment after that job,” she said.

Her solution: She took a job with another hospital, one that didn’t require her to sign a noncompete. “This noncompete clause has gotten into physicians’ contracts and is now in so many of them and in situations where it made no sense,” she said.