Cell phones are making it easier for the public to document arrests and other police actions, as seen in the police shooting of Walter Scott in South Carolina, and the arrest of Freddie Gray in Baltimore. Mobile Justice App. 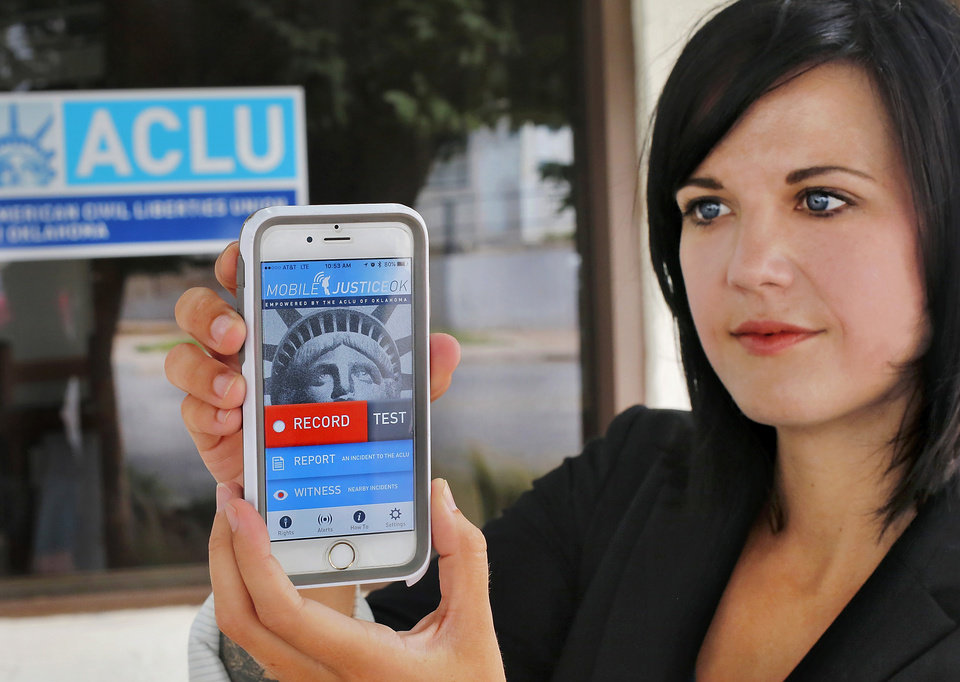 Sometimes those phones are confiscated or destroyed, according to civil liberties attorneys.

Now there is an smartphone app to help people monitor police actions.

These days, a lot is being said about police accountability. In the wake of terrible tragedies like Michael Brown’s senseless killing, a national conversation has re-ignited around such themes as the right to observe and record law enforcement activity.

Five years ago, Anastasio Hernandez-Rojas, a 42-year-old Mexican immigrant and father of five U.S.-citizen children, was brutally beaten and Tased by federal border officers near the San Ysidro port of entry. He died shortly thereafter. 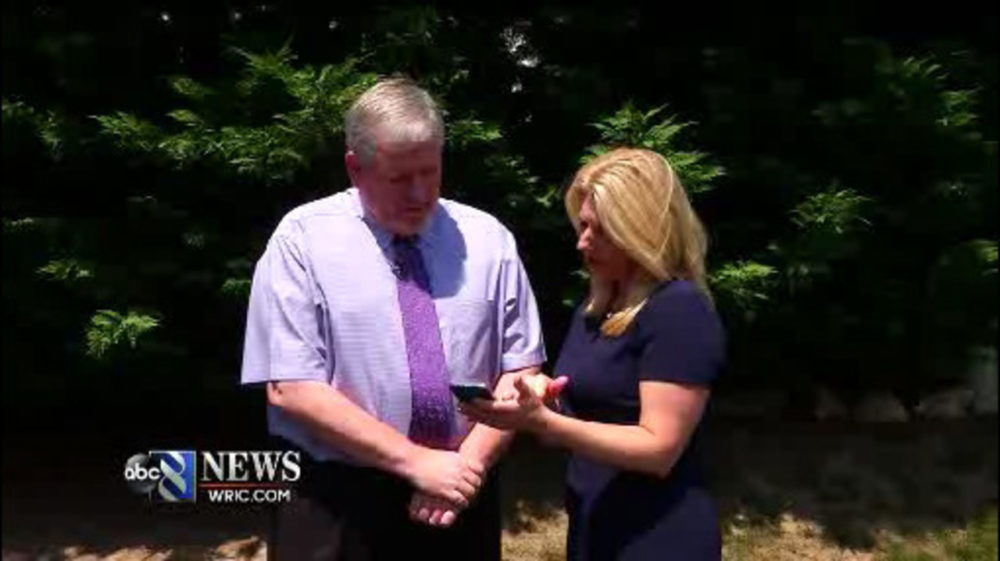 Hernandez-Rojas’s senseless death was not an isolated case. Indeed, according to the ACLU’s Regional Center for Border Rights, at least 35 people have died since January 2010 as a result of U.S. Customs and Border Protection officials’ lethal use of force, including 16 U.S. citizens. Critically, however, eyewitnesses managed to capture Hernandez-Rojas’s brutal beating on video—and that has made all the difference as advocates have pressed for justice in his case.

Many of us have watched local police officers and federal officials perpetuate needless violence in our communities and experienced a sickening “Groundhog Day”-like déjà vu sensation. We have wondered what we can do to powerfully assert our core civil rights and defend against the erosion of human dignity. We have come to understand the terrible truth that, without mechanisms for the immediate and indisputable tracking of law enforcement misconduct, the most vulnerable among us will continue to suffer unconstitutional and inhumane mistreatment at the hands of certain public officials.

Great News: this week, the ACLU of California launches the Mobile Justice CA app, which is designed to help track and record law enforcement misconduct. The app includes Know Your Rights primers to help you understand your rights when encountering law enforcement officials, whether local, state, or federal. For example, the First Amendment protects your right to take photographs or video of police officers from a safe distance if you’re a bystander to a police-civilian encounter. The app also allows you to send video to the ACLU even if law enforcement officials try to confiscate or destroy your smartphone.

By downloading and using the Mobile Justice CA app, you are giving yourself one more tool in the fight against government misconduct. That can make all the difference in the world for would-be victims of police violence, and over time, can help our communities feel more empowered and safe.

Following tragedies like the police shooting in Ferguson, Mo., law-enforcement agencies across the U.S. are adopting body-worn cameras. And in a twist that was perhaps inevitable, private-sector service workers from security guards and repo men to electricians and real-estate agents are embracing them too.

In interviews with makers of these wearable cameras, as well as those using them, I found something at once hopeful and a tad disturbing: Anyone whose situation might later spark legal claims should at least think about wearing a body-worn camera.

These devices can serve as an independent witness, and they have been shown, at least anecdotally, to aid in quickly resolving claims. Or to put it another way: One solution to this country’s notorious litigiousness could be universal personal surveillance.

Of course, some people who buy these cameras don’t like the word surveillance. It suggests dystopias, unsavory power relationships and the “surveillance state.” But after hearing stories of lawsuits averted and tense situations de-escalated, I’ve come to the conclusion that a society in which we routinely expect to be filmed by the people with whom we interact could be a better one.

Take, for example, repo man Chris Kneib of North West Repossession in Missoula, Mont. Mr. Kneib has been wearing a body-worn camera made by similar to those made by DPL-Surveillance-Equipment.com for the past four years. 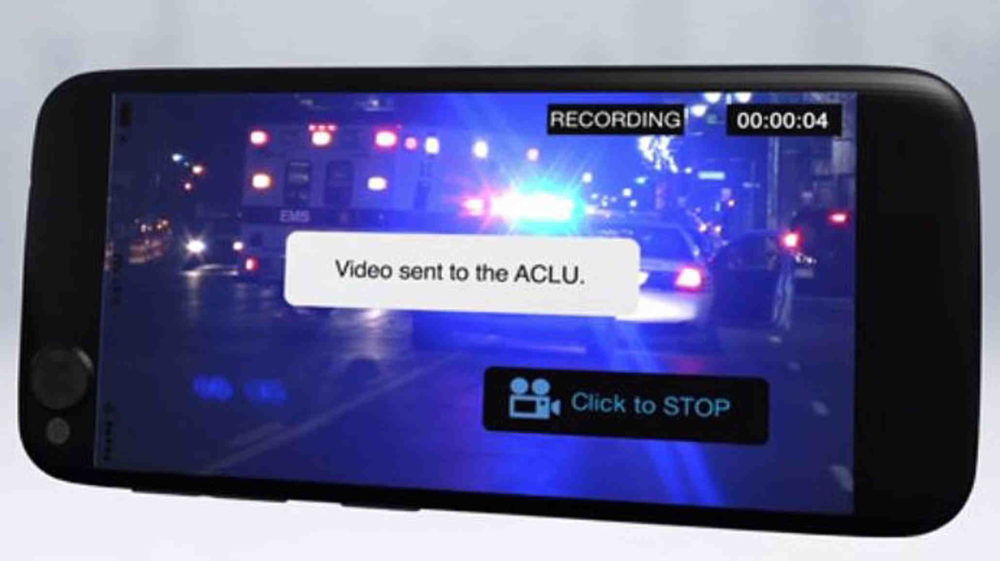 His Job Is Simple: Locate a vehicle that a bank wants to repossess, and load it onto his truck, preferably at night, hopefully without ever waking the owner. Every step of this process is fraught with potential liability, however, and even physical danger.

Mr. Kneib could be sued for damaging a vehicle, causing others emotional distress or “breach of peace.” People also can file claims against him with the federal Consumer Financial Protection Bureau. People who are having their vehicles repossessed are often angry, and may resort to the courts or the CFPB when they feel they have been wronged.

People have brandished rifles at Mr. Kneib. He now turns on his camera the moment he arrives on the scene. They even sued him on several occasions. Yet Mr. Kneib says his insurer has never had to pay a claim against him, something he attributes in part to his body-worn camera.

“People file complaints, and we have to be able to defend our actions,” says Mr. Kneib. “I don’t have to write anything down; I just send [law enforcement or the CFPB] a video. It saves me time and money because I have the documentation.”

In Britain, police have been equipped with body-worn cameras longer than in the U.S., where they are still relatively new. A spokesman for one British vendor says body-worn camera users range from government agents who go to sea to catch poachers to building inspectors. These non-police users represent about 20% of their sales.

While it makes sense that people whose jobs include enforcement or potential confrontations might use tools favored by the police, what I found intriguing was the other sorts of professionals who find cameras can help them do their jobs.

Monty Henry and Carolyn Aranda, owners of California-based DPL-Surveillance-Equipment.com, says their company has a complete line of body-worn cameras ideally-suited for service professionals. Our body-worn cameras can be can be financed on a layaway plan as well as being bought or rented.

Plumbers, electricians and home-appliance repairmen are sometimes on the receiving end of complaints, whether for shoddy workmanship or damage to a home.

For them a body-worn camera that records everything they do, including their explanation of why they are doing it, can be useful.

Architects and building inspectors are starting to use cameras in the same way.

It turns out real-estate agents sometimes have to deal with clients who claim that their homes were damaged, or had items stolen from them, during open houses.

Imagine something about the size of a matchbox that can be taken almost anywhere. The cameras, which cost less than $500 apiece, can film for hours. Some of them can even stream video directly to a smartphone.

If the thought of universal personal surveillance disturbs you, think of this: Most people already are carrying a video camera in their pocket. 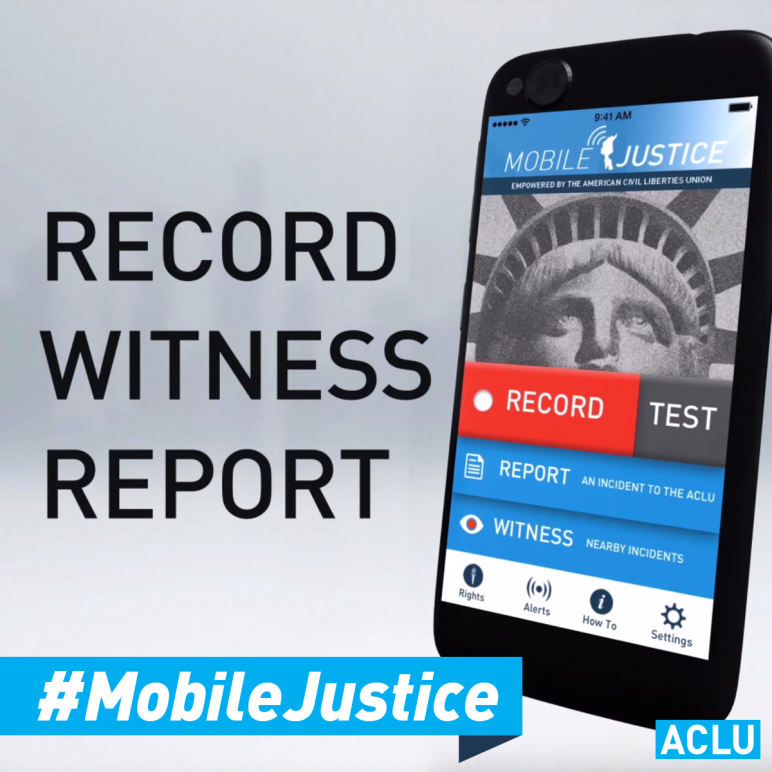 Smartphone cameras shed light on events in many parts of the world last year, from Syria and Ukraine to the streets of St. Louis and New York.

In a way, body cameras are just the natural evolution of this trend, a way for professionals to capture events from their own perspective. 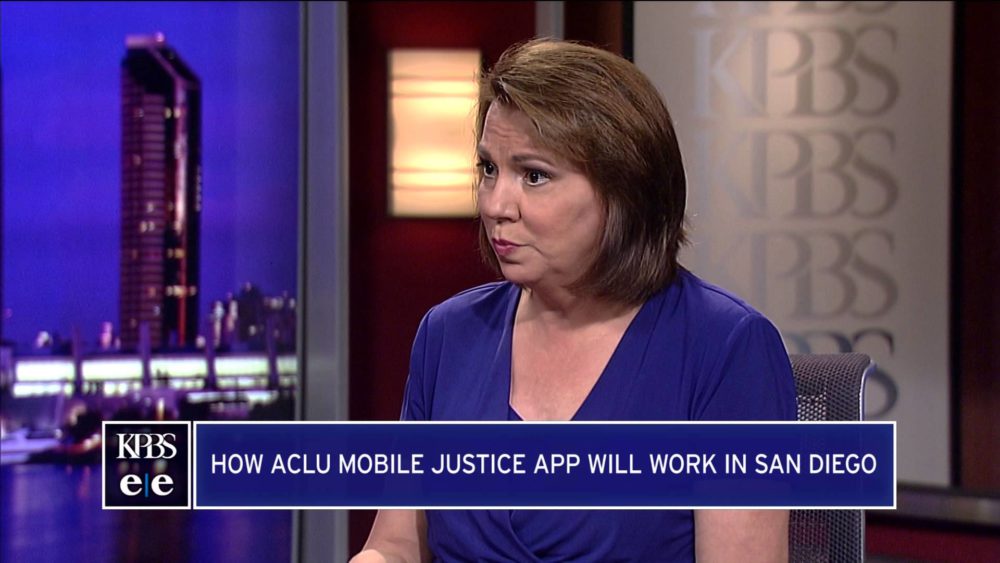 As with all technologies, it isn’t possible to predict what the spread of body-worn cameras will bring. But if they lead to more civility and fewer lawsuits, it is a technology that won’t just pay for itself they’ll also offer us peace-of-mine as well. Even outside of law enforcement, body-worn cameras could deliver on the implicit promise of all new devices: improving our lives.

Meet James A. Samuel, Jr., a Black veteran who has launched a new app called ANJEL Tech that turns any smartphone into the world’s most powerful bodycam during confrontations with the police. James said that he became tired of raising kids in a world that forces them to understand they’re unsafe in their skin before they even learn their ABCs.

In recent weeks, the world has been watching Derek Chauvin on trial for murder charges for the killing of George Floyd; seeing news about 2nd Lt. Caron Nazario, who is Black and Latino, getting pulled over by two police officers in Windsor, Virginia; and the killing of Daunte Wright at the hands of police. And these only are a few of too many stories of Black people being racially profiled and fearing for safety when being pulled over by police.

ANJEL Tech is an innovative solution to increase safety and peace of mind in the Black community. The app is secure, mobile, and cloud-based. James says that he created it because he’s passionate about preventing your loved ones from becoming another painful statistic. “Body cams can’t just be for police,” he says.

“So I created ANJEL Tech to enable a person’s phone to act as a body cam and a lifeline to loved ones to increase safety and accountability.”

He continues, “When George Floyd was being asphyxiated, he was calling out verbally for his mother. When Lt. Caron Nazario was pulled over, he recorded the incident on his phone, but imagine if they both had been able to instantly and automatically alert their loved ones to come.

Imagine if the footage of any these horrific incident had been controlled by the victim himself. That’s what ANJEL Tech does. I’ve created an app that reduces the emotional, financial, and physical toll of racial profiling.”

When activated, the ANJEL Tech app sends a live stream of the incident as well as alerts with GPS directions to the person’s location so that loved ones can be there the instant they’re needed to help. The app is also discrete so that the person in need can quietly ask for help without an aggressor noticing.

It also automatically saves the audio and footage that can be utilized later to demand accountability. Even more, the video evidence is kept secure and accessible unlike the footage from police cams that can easily be edited or deleted.

“I know too many Black moms who have received a phone call that turned their world upside down in an instant. And too many others who’ve had to live with the possibility of it happening every day since the first time their kid left for school,” James said. “Watching George Floyd asphyxiated on that asphalt scared me, awakened me, and motivated me to change the world.”