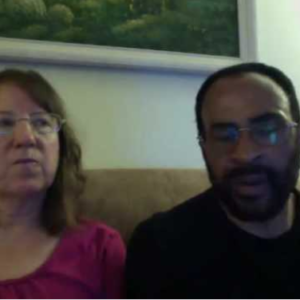 Derrick Walker was 13 years into a mandatory life sentence for crack cocaine possession when his case manager summoned him a few months ago to deliver the news: Soon, he would be going home.

“I ain’t gonna lie, I gave up,” Mr. Walker said in a phone interview from a federal prison in Williamsburg, S.C. “So for me, it was a dream come true at that point.”

Mr. Walker, 37 years old, was one of about 3,100 federal offenders being released starting Friday as part of a sweeping criminal-justice overhaul that President Trump signed into law last year.

The measure, known as the First Step Act, is a major revision of the nation’s sentencing laws that aims to undo the tough-on-crime policies of the 1980s and ’90s that disproportionately affected minorities and filled prisons with nonviolent offenders. It was a victory for a coalition of advocates from across the political spectrum who had pushed policy makers to reconsider harsh sentencing laws as crime rates fell over the past quarter-century.

The Justice Department has begun implementing key aspects of the law, which expands job training and other programs designed to reduce recidivism and help offenders transition back into their communities. Department officials on Friday unveiled a centerpiece of the law, a risk and needs assessment through which federal inmates will be evaluated to see what programs and treatments could help reduce their risk of re-offending. Those who successfully complete programs can earn credits that will expedite their release.

The new tool is more accurate than the existing risk-assessment system, and aims to limit gender and racial biases in the evaluation process, officials said.

“It’s a long overdue change,” said Kevin Ring, president of Families Against Mandatory Minimums, which has long advocated for sentencing reform and helped Mr. Walker with his case. “In terms of implementing these types of provisions, it seems to be moving forward.”

More than 1,690 federal inmates have qualified for release under the resentencing provisions of the law, and nearly 1,100 have already walked free, the official said. They were initially sentenced under old statutes in which crack offenders, most of them black, received significantly harsher punishments than mostly white defendants who were convicted of crimes involving the powder form of the drug.

Congress in 2010 passed legislation that reduced that disparity, but the change wasn’t retroactive and therefore didn’t apply to people like Mr. Walker, who pleaded guilty in 2006 to possession with intent to distribute more than 50 grams of crack cocaine. His parole officer caught him with the drugs—and three firearms—while police in Jacksonville, Ill., were investigating an unrelated burglary, court records show. Because Mr. Walker had two prior drug convictions, he received a mandatory sentence of life in prison.

Once the First Step Act was passed, Mr. Walker requested relief and saw his sentence reduced to 180 months.

Other inmates have been similarly successful. The average sentence reduction under the new law so far has been 73 months, or a little more than six years, according to the U.S. Sentencing Commission, which keeps tabs on changes to sentencing policy.

“It was a big deal for me,” Mr. Walker said. “I just hope it helps more people in the future, and guys start doing the right thing.”

The people released Friday are benefiting from “good time” credit changes associated with the law. Most are drug offenders, but those being released also include people convicted of a range of other crimes from weapons offenses to sex crimes.

Most aren’t in prison but in halfway houses or in home confinement, Mr. Ring said. Numerically speaking, the release is modest, he said, noting that the Justice Department released 6,000 prisoners in October 2015 alone as part of an effort to ease overcrowding and offer relief to some nonviolent drug offenders who had been harshly sentenced.

The First Step Act was a rare bipartisan success for the White House, which has struggled to work with both parties in Congress. Every Democrat and all but 12 Republicans voted in favor of the legislation, a surprising outcome after other failed attempts at criminal justice reform, including a more robust measure proposed during the Obama administration.

Lawmakers on Friday said they would be keeping close tabs on the new risk-assessment system and the Justice Department’s overall progress.

“It’s critical that the assessment does not disproportionately designate minorities as having a higher risk of re-offending,” Sens. Chuck Grassley, an Iowa Republican, and Dick Durbin, an Illinois Democrat, said in a statement. “It’s also important that the system include dynamic factors that show the positive impact of the rehabilitative programming.”

Some of those groups who had pushed for criminal-justice changes remain skeptical that the Justice Department will prioritize the issue. Mr. Trump’s first attorney general, Jeff Sessions, opposed the effort, at times butting heads with Mr. Trump’s adviser and son-in-law, Jared Kushner, a proponent of the measure. Like Mr. Sessions, Attorney General William Barr’s views of law and order were forged decades ago, when the consensus in Washington was that long mandatory minimum prison sentences were the best way to fight crime. He opposed bipartisan sentencing reform as recently as 2015.

Still, he suggested his views on the issue are evolving and has repeatedly said he would implement the new law and meet its deadlines, a message Deputy Attorney General Jeffrey Rosen affirmed Friday.

“The department intends to implement this law forcefully, fully and on time,” he said.

The department has redirected $75 million from other Bureau of Prisons programs to fund the effort in fiscal year 2019, Mr. Rosen said.

“It’s great that the president and others are applauding the passage, but we want to make sure Congress is still holding the Justice Department accountable and be sure this law is being fully implemented and that they’re not just moving onto other things,” said Inimai Chettiar, legislative and policy director at the Justice Action Network, which consists of both progressive and conservative groups.

Among the Republican opponents was Sen. Tom Cotton, of Arkansas, who had called it a “jailbreak that would endanger communities and undercut President Trump’s campaign promise to restore law and order.”

Creates a “risk and needs assessment” by which all federal inmates are evaluated to see what programs and treatments would help reduce their risk of recidivism. Those who successfully complete programs can earn credits to expedite their release.

Eases mandatory minimum sentences, reducing sentencing guidelines for felony drug offenses to 15 years from 20. Changes recommended sentence for conviction on a third drug felony from life in prison to at least 25 years.