A smart meter is usually an electrical meter that records consumption of electric energy in intervals of an hour or less and communicates that information at least daily back to the utility for monitoring and billing purposes. Smart Meters + Uninformed Consumers = Huge Corporate Profits

Privacy concerns focus upon the collection of detailed data about customers and their habits, the accessibility of that data through the utility and possibly, at the site of the meter as well as the potential for sharing of detailed personal information without the knowledge or desire of customers.

Amazon’s Roomba Deal Is Really About Secretly Mapping Your Home

Lack of Savings In Results

There are questions whether electricity is or should be primarily a “when you need it” service where the inconvenience/cost-benefit ratio of time shifting of loads is poor. In the Chicago area Commonwealth Edison ran a test installing smart meters on 8,000 randomly selected households together with variable rates and rebates to encourage cutting back during peak usage.

In the Crain’s Chicago Business article Smart grid test underwhelms. In pilot, few power down to save money. it was reported that fewer that 9% exhibited any amount of peak usage reduction. and that the overall amount of reduction was “statistically insignificant“.

This was from a report by the Electric Power Research Institute, a utility industry think tank who conducted the study and prepared the report. Susan Satter, senior assistant Illinois attorney general for public utilities said “It’s devastating to their plan……The report shows zero statistically different result compared to business as usual.”

Fibre And Other Wired Builds Are Effective not only because of their potential telecom and advanced service revenues, but because the rate of sampling of overall power use is under a second, meaning you can tell instantly at the control panel exactly how much or how little any given device is using.

Thus, customers can spot wasteful or leaky devices or habits and adjust/replace devices. Software or third party services can watch usage patterns in detail, and even micro-variations in current, that reveal electrical problems (even fires) early and which 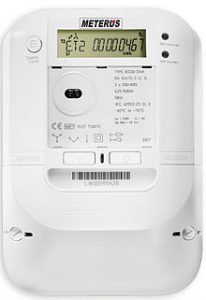 allow programmed responses to human activity (the lights dim when you leave, brighten when you arrive & radio comes on) because the services see exactly what users really do when entering or leaving a room. There’s plenty of bandwidth to sell or allocate to security (like IP-Based Hidden Cameras ) or medical devices. Home monitoring and control systems can be installed compatible with the metering simultaneously, increasing perception of benefits with the costs.

Despite its simplicity, a uniform wireless smart meter network is actually more expensive to run and offers few or no revenue opportunities to a utility to offset the cost of installation. Such networks are the usual cause of “smart meter backlash” because they implement peak prices without giving the consumer any new control or monitoring options.

The typical low-end wireless “solution” involves reading a meter every 15 minutes – not often enough to help the customer manage their power use, because they cannot turn a switch and wait over 30 minutes through two sampling periods to see if it has actually made a difference. The same criticism applies to low-end powerline networking solutions deployed prior to IEEE 1901 standardization.

Most health concerns about the meters arise from the pulsed radiofrequency (RF) radiation emitted by wireless smart meters.

These concerns have been rather less for small North American utilities run by towns (public power districts ) or rural electric co-operatives which have achieved about three times more penetration of these technologies with less resistance – probably because towns are already trusted with a great deal of personal data about their residents.

Most security concerns center on the inherent hack-ability of wireless technology, combined with the remotely controllable “kill switch” incorporated into smart meters. Others have accused agencies of hiding smart meter plans under the term “smart grid” to avoid public input and obtain approval.

After receiving numerous complaints about health, hacking, and privacy concerns with the wireless digital devices, the Public Utility Commission of the US state of Maine voted to allow customers to opt out of the meter change at a cost of $12 a month.

In Connecticut, another US state to consider smart metering recently, regulators declined a request by the state’s largest utility, Connecticut Light & Power, to install 1.2 million of the devices, arguing that the potential savings in electric bills do not justify the cost. CL&P already offers its customers time-based rates.

The state’s Attorney General George Jepsen was quoted as saying the proposal would cause customers to spend upwards of $500 million on meters and get few benefits in return, a claim that Connecticut Light & Power disputed.

There are concerns regarding the cost, health, fire risk, security and privacy effects of smart meters and the remote controllable “kill switch” that is included with most of them. Many of these concerns regard wireless-only smart meters with no home energy monitoring or control or safety features (see below under “smart meter backlash”).

Metering-only solutions, while popular with utilities because they fit existing business models and have cheap up-front capital costs, often result in such “backlash”.

Often the entire smart grid and smart building concept is discredited in part by confusion about the difference between home control and home area network technology and AMI. The attorneys general of both Illinois and Connecticut have stated that they do not believe smart meters provide any financial benefit to consumers, however, the cost of the installation of the new system will be absorbed by those customers.

During 2011 in ” Why Smart Meters Might Be a Dumb Idea “, Consumers Digest documented several concerns including, that pricing of the utility may become scheduled and become detrimental to users unable to adapt their use and equipment to meet new policies.

The need to purchase equipment and appliances designed to interface effectively with the new meters might be an additional financial burden to customers, especially those least able to afford new equipment when their present equipment works. Smart meters in some countries also can deny service or charge premiums to customers who exceed limits set by the company.

The publication also suggests that the smart meters may never curtail electricity use and that customers will never see the energy and cost savings being promoted during a projected 23-year analysis in return for the investments they will be required to bear. Hardware and software upgrades will be required at the expense of customers.

Additionally they cite that it might cost customers thousands of dollars to replace appliances and equipment with the new smart appliances being designed now to interface with the proposed meters. Other concerns relate to a remote controller “kill switch” incorporated into most smart meters.