Hate Buying Household Cleaning Supplies? There’s A Pill For That

The war on straws may have captured our eco-imaginations, but giant plastic jugs of bleach, window cleaner and counter spray are worse, says Sarah Paiji Yoo. What if all you needed to clean your house was a tablet the size of an Alka-Seltzer? Hate Buying Household Cleaning Supplies? There’s A Pill For That 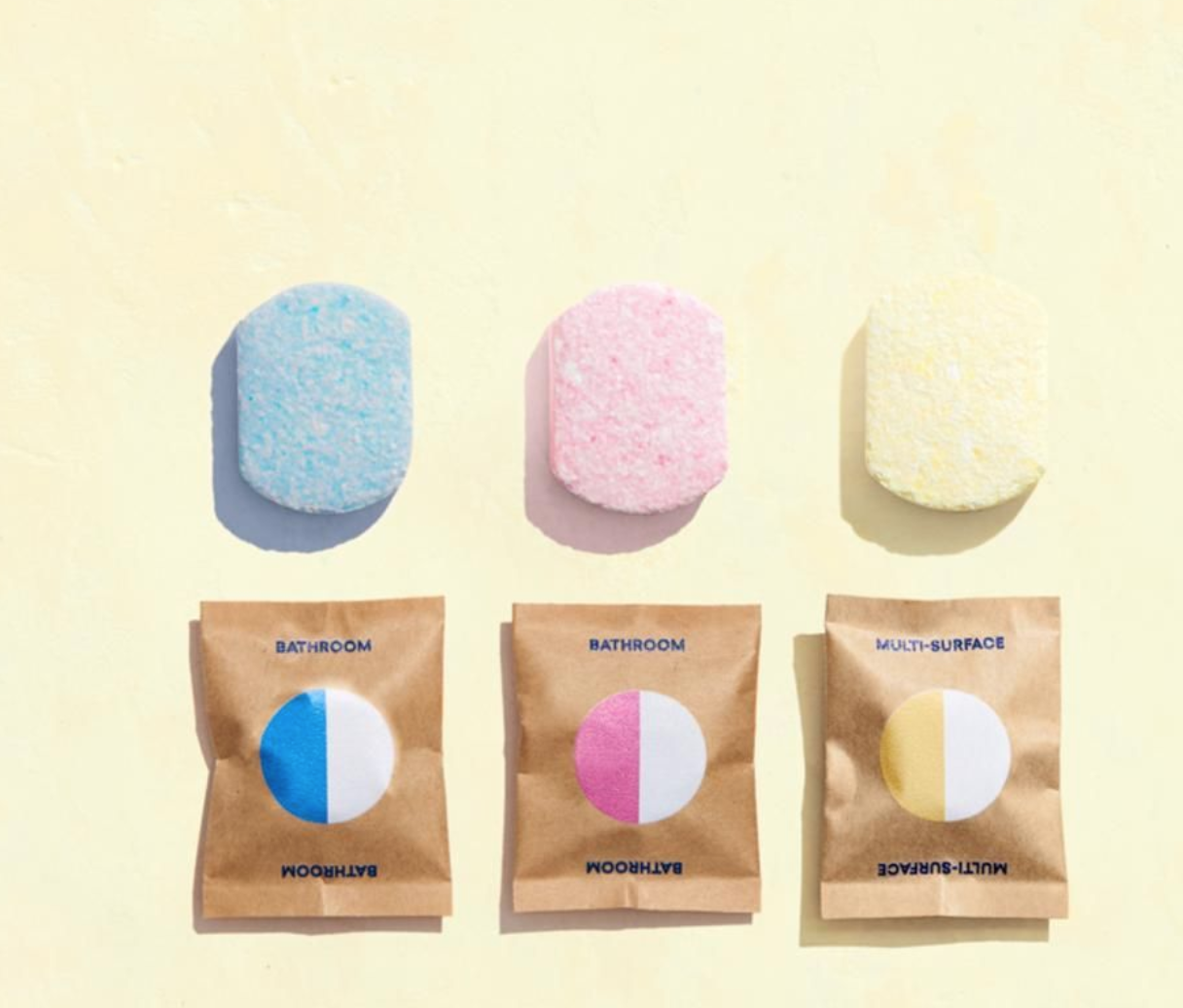 Clean Slate After A Year Of Product Development, The Company Blueland Launched Its First Product, A Trio Of “Just Add Water”-Style Cleaning Tablets.

In 2017, ahead of her first business trip since giving birth to her son, entrepreneur Sarah Paiji Yoo was doing research on how to switch him to formula. When she came across studies of microplastics in our water supply, she grew concerned about her family’s health and decided to start limiting her plastic consumption. She quickly ran into hurdles in her household shopping. Shampoo, window glass cleaner, mouthwash—almost all the products she needed came packaged in plastic. “I was looking at cleaning sprays and realized they’re like 90% water,” she says. “Why am I buying a new plastic bottle every time? Why can’t we make these parts in a powder or a tablet?”

Yoo didn’t have any chemists in her network, so in April 2018 she reached out via LinkedIn message to Syed Naqvi. At the time, Naqvi was the director of formulation at non-toxic cleaning brand Method. He responded immediately and they started talking on the phone. Developing a cleaning supply line made from an entirely different substance matter than the standard liquid was a “definite challenge,” he says. “You have to change your whole supply chain to even try to do it.”

“You can’t just go to a cleaner manufacturer who’s making liquid, like, Hey, can you make me a tablet?” says Yoo. “They don’t own tablet machinery.” They eventually found a manufacturer and suppliers across the U.S. and after a year of product development launched Blueland, their first product line—a trio of “just add water”-style cleaning tablets. They had also raised $3 million in funding in venture capital and from angel investors, Justin Timberlake among them. 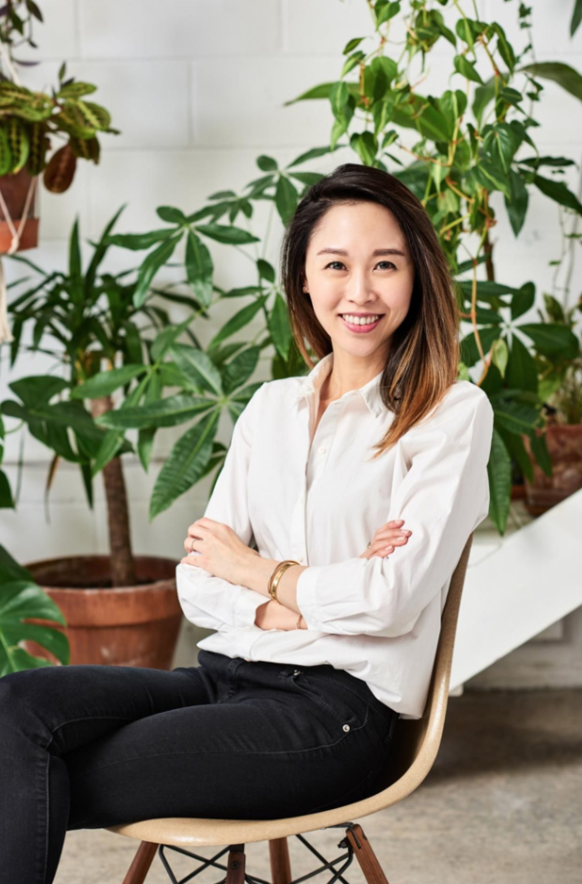 The idea is that their customers will no longer need to stock up on plastic bottles of cleaning supplies. Users can purchase a $29 kit that comes with three glass “Forever” bottles and the corresponding tablets that go in each (pink is for the bathroom and is eucalyptus-scented, yellow is a multi-surface cleaner and smells like lemon and blue is an unscented glass and mirror cleaner). Refill tablets are available for $2 each and come in packs of three, six and nine.

Within five days of its April 22 launch this year, the four-person company had sold out of its initial two-month supply of tablets. They replenished as quickly as possible. Right now, Blueland is direct-to-consumer but Yoo plans to go into wholesale and retail distribution soon. “We’re not just trying to reach early adopters that are coastal,” says Yoo. “Most consumers want to pick up these products when they’re doing the regular shopping trip at Target or Walmart . ”

As of its launch, the company had a total of 12 patents pending, and is now preparing to expand into a variety of home cleaning categories. Next up is a hand soap launching later this summer. “It’s so exciting because bar soap has been kind of a sustainability standard but to be real, a lot of people are very iffy about bar soap,” says Yoo. “We’re launching it in a beautiful glass bottle. You just drop in the tablet. You could have 20 tablets in your drawer and it takes up the space of an iPhone.”

We Now Live In A World With Customized Bar Soaps, Lotions And Shampoos (#GotBitcoin?)

Which Lipsticks Contain The Most Lead, Cadmium, Aluminum And Other Heavy Metals? (#GotBitcoin?)

Why Men Won’t Go To The Doctor, And How To Change That (#GotBitcoin?)

He Conquered Cancer, Then 15 Spartan Races In A Year (#GotBitcoin?)

‘A Horrible Culture Of Machismo’: Women Struggle With Violence In Mexico (#GotBitcoin?)