The tech giant has figured out a way to get millions of its smart speakers into homes without consumers lifting a finger, as property managers bring in Alexa to manage tenants. Realtors And Property Managers Push Clients Into Properties Furnished With Amazon’s Alexa (#GotBitcoin?) 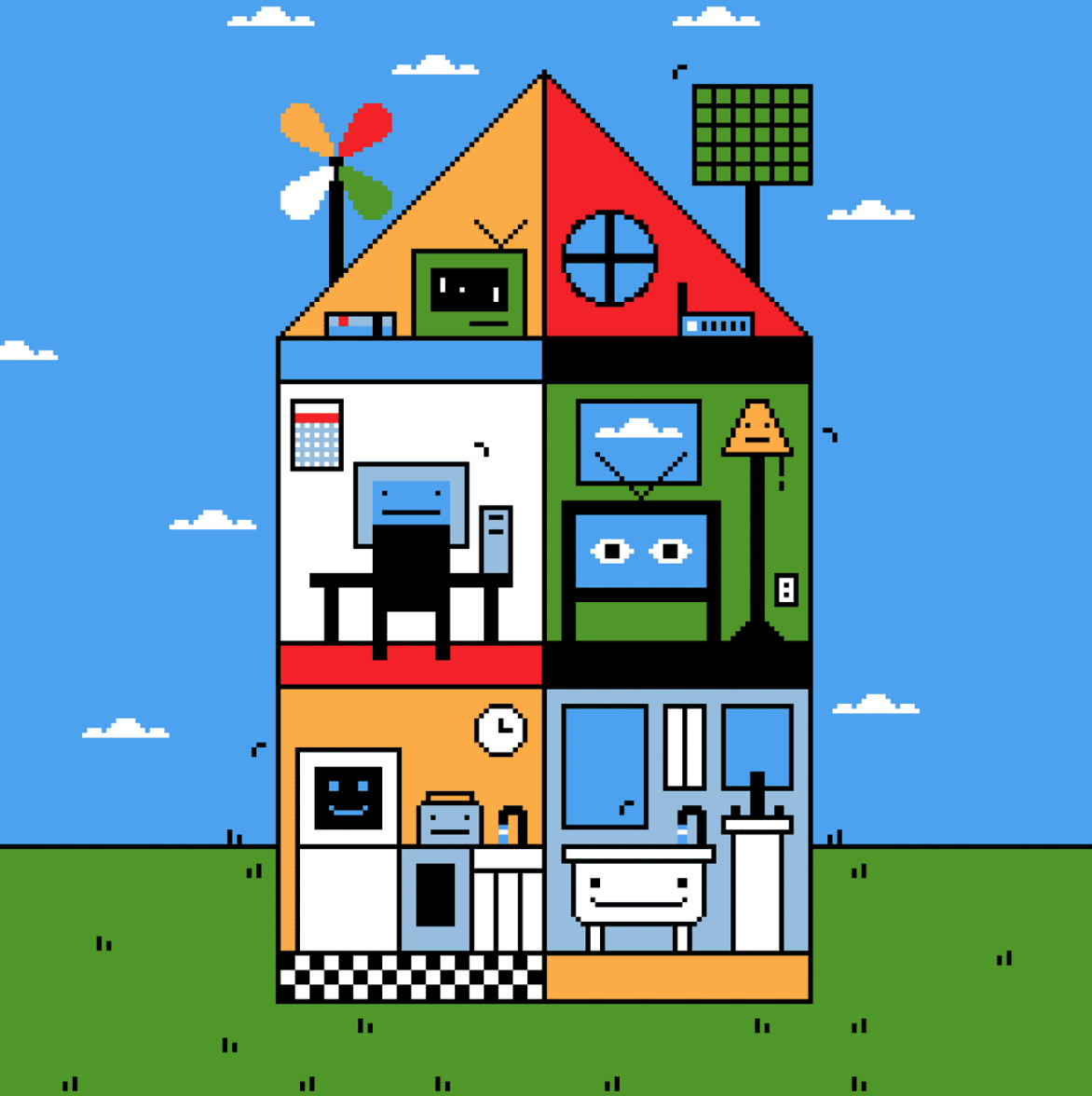 When tenants first walk into their new apartment at the Brandon Place complex in Oklahoma City, they aren’t likely to notice anything out of the ordinary for 2019—there are smart locks on the door with keycode entry, and contemporary thermostats with LCD touch screens. During their move-in briefing, they’re told the unit’s smart systems can be operated from Amazon.com Inc.’s Alexa-powered devices. But they aren’t told how hard Amazon worked to get those devices into their new home.

While Amazon’s smart-speaker competitors, Alphabet Inc.’s Google and Apple Inc., are striving to grow their user base by luring individual buyers with more elegant or higher-quality products, Amazon has figured out a way to get into millions of homes without consumers ever having to choose its hardware and services in the first place. Amazon’s Alexa Smart Properties team, a little known part of its Alexa division, is working on partnerships with homebuilders, property managers and hoteliers to push millions of Alexa smart speakers into domiciles all across the U.S.

Amazon is hoping to find a new way to build market share by offering discounted hardware, customized software and new ways for property managers to harvest and use data.

For Amazon, the appeal is obvious: Adding millions of new users to its services and gaining access to data like their voice-based wish lists and Alexa-powered shopping habits will put it further ahead of the competition which, at the moment, doesn’t have a significant presence in rental properties and new-home construction.

For tenants like those at Brandon Place, the smart-home upgrades can mean getting amenities they wouldn’t be able to install themselves in a rental property. It also means being able to add other Alexa-controlled devices, like speakers, smart plugs and lights, more easily.

However, tenants and home buyers aren’t necessarily given a choice of smart-home technology. It might be impossible, or at least harder, to switch to Google Home and Nest products, or those compatible with Apple’s HomeKit and the Siri voice assistant.

And there’s a question of privacy: Renters, home buyers and hotel guests are all surrendering more data as a result of these innovations, and may not be aware of all the parties monitoring their smart-home interactions.

Last November, Amazon announced its partnership with Zego, now a subsidiary of PayLease, one of the largest rent-payment services in the U.S.

Zego has created a system that can be installed in apartments; each apartment gets a network of smart-home devices and a hub, the wireless radio that helps smart devices in the home to connect to the internet. Tenants either receive one of Amazon’s Echo speakers or bring their own, and can use it to control the apartment’s thermostat and locks, as well as other Alexa-compatible smart-home devices the tenants add on, which now range from light bulbs to microwave ovens. The system is already in more than 30,000 apartments across the U.S.

Zego also offers an app that tenants can download on their phones and use to request repairs and even pay the rent. Even those capabilities may soon extend to the Echo speaker.

“We envision a day when you can say ‘Hey Alexa, pay my rent,’ and it will transfer that money from a resident’s bank account,” says PayLease chief executive Dirk Wakeham. He says his company is aiming to roll out its Zego-built, Alexa-compatible smart-home system to more than six million apartments in the U.S. within five years.

As with all Alexa services, Amazon records audio requests users make through its devices, and gives users the ability to delete them. But Zego’s system doesn’t have access to any interactions with Alexa in the apartment unless they are specifically passed to the Zego system through an Alexa app (Amazon calls its apps “skills”), created by Zego and approved by Amazon. Through that skill and its own mobile app, Zego collects data specific to its own hub and connected devices, including the smart thermostats and locks—enough data to paint a picture of the tenant’s experience.

“We can predict if residents are happy based on their digital interactions with the service, which gives us more information about whether they will renew their leases,” says Zego CEO Adam Blake. The signals that inform this prediction include the sentiments of tenants during in-app chats with apartment managers, whether and how many smart home devices they’ve added to their apartment, and if they pay rent on time, he says.

A big driver of increased smart-home technology in rental complexes is the potential for property managers to save money. Simplifying the ability to grant access to contractors, change door locks and cut back on heating or air conditioning in vacant units helps reduce costs, says Nick Stefanov, director of IT at BSR, an owner of apartment complexes in Texas, Arkansas, Louisiana and Oklahoma. Mr. Stefanov says his company began rolling out Zego systems in January, and has installed them in 225 units.

Eventually, Alexa-fied apartments with smart locks and pre-installed Echo devices might even replace rental agents. Initial data from trials of such systems indicates that people are twice as likely to rent an apartment when no human is present to try and sell them on it, says Mr. Wakeham.

The Zego partnership is the biggest push Amazon has made so far with rental properties, but it is working on other ways to get into homes en masse. Lennar Corp. , the nation’s largest home builder by revenue (and second-largest by units), began offering Amazon’s smart speakers in an unspecified portion of the 35,000 new homes it constructed in 23 states last year. The company will continue to offer Alexa-powered smart speakers in new homes in 2019 and beyond, says David Kaiserman, president of Lennar’s special situations group. A Lennar spokesman declined to say whether Amazon offered any consideration for being featured in the company’s announcement of its new smart homes.

The global market for smart-home devices is growing quickly, according to IDC, which projected that shipments of all smart-home devices will increase 27% in 2019 compared to 2018. Excluding smart TVs, IDC projects that 358 million smart speakers, thermostats, lights, home security and other devices will ship this year. One in four American adults now owns a smart speaker of some sort. Several estimates peg Amazon’s share of the smart-speaker market at around two thirds of all smart speakers in use, while Google represents at most a quarter. Apple’s HomePod has about a 4% market share.

Google is also making a push to partner with builders and property managers. KB Homes, the fifth largest builder in the U.S. by units, offers Google Assistant-powered systems to buyers who request them in a handful of communities, and in one development in Irvine, Calif., they’re a standard feature. Century Communities, the ninth-largest builder in the U.S., has begun including a Nest Hub in the more than 10,000 new homes they construct every year, says a Google spokeswoman. Alliance Residential will roll out Google Nest thermostats and Google Home Minis across 25,000 luxury apartments, in a collaboration with yet another third-party smart apartment technology and services company, Dwelo.

Apple has announced no formal partnerships with builders or property owners.

Welcome To The Hotel Alexa

Job postings on Amazon’s own website indicate the company aspires in the future to push its Alexa service and Echo devices into stadiums and hospitals. A spokeswoman said senior-living communities and vacation-rental operators were also in the company’s sights.

In some cases, Amazon is willing to share data, insights and even some of the revenue that flows from putting smart devices in living spaces.

Marriott, for example, is the launch partner for Amazon’s Alexa for Hospitality service. Amazon is building out dashboards for Marriott and any other hotelier that wants to use its service. These hubs for data and insight will allow Amazon to measure and pass on information about “guest engagement” with the in-room Alexa devices, which will be capable of doing everything from making restaurant recommendations to adjusting the thermostat and ordering fresh towels. They will not, however, allow hotels to hear guests’ actual voice recordings.

All of these partnerships are consistent with Amazon’s larger strategy, which is to get more people using its services and locked into its Alexa ecosystem. Ultimately, even the presence of Echo speakers might not be necessary to continue the expansion. Amazon offers Alexa to any manufacturer who would like to integrate the service into its products. As companies like Zego develop their hardware, speakers of their own devising could be part of the system. Eventually, it could be as if the buildings themselves were extensions of Alexa—and Amazon’s ever-growing empire.