In all likelihood, your co-workers pay taxes. But what happens if your boss replaces them with sophisticated software or dexterous machines—ones that perform the same tasks for less money (at least over the long run) and contribute nothing in payroll taxes? Should Robots Pay Taxes? (#GotBitcoin?)

One seemingly flip answer is starting to gain some attention: Just tax the robots. 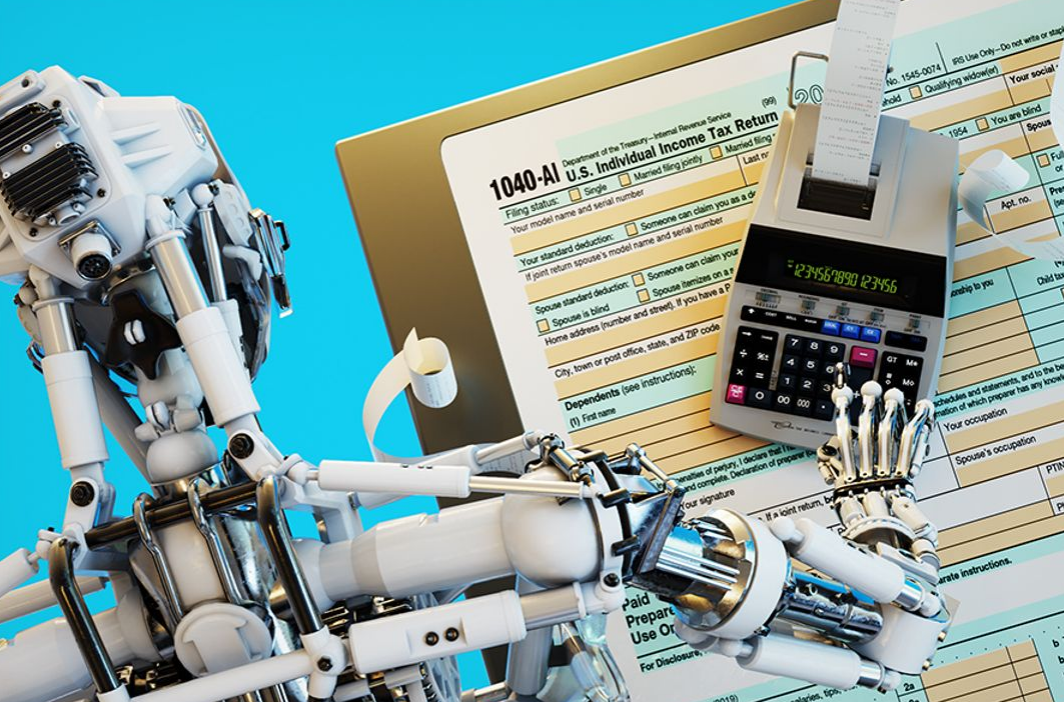 Bill Gates has called for a robot tax, and New York Mayor Bill de Blasio detailed a plan for one in his short-lived presidential campaign. If the future means far fewer workers and far more machines, tax revenue could drop and the daily rhythms of steady employment could become erratic.

A robot tax could serve multiple purposes, slowing job-destroying automation while raising revenue to supplement shrinking taxes paid by human workers. It could take a few different forms. Lawmakers could limit or slow down deductions for businesses that replace humans with robots, or they could hit businesses with levies equivalent to the payroll taxes paid by employers and employees.

For the moment, massive job losses from automation and artificial intelligence are a largely theoretical worry. But tax economists and lawyers are thinking through the economic circumstances in which robot taxes might make sense and the tricky legal decisions and definitions needed to implement them.

The threshold question for would-be robot taxers is whether this time is special. Machines have been destroying jobs for hundreds of years—while creating new and different jobs along the way.

Are robots just like spinning wheels, assembly lines and personal computers? If so, there may be little reason to change how we tax. Jobs will leave, new jobs will come and the challenge for policy makers will be managing that transition through worker training and assistance.

Today, reflecting a history of prioritizing investment in technology, the U.S. tax system makes no real distinction between job-stealing robots and other equipment. For tax purposes, the robot is the same as the office printer. Companies can deduct the costs of buying equipment—whether printers or self-driving tractor-trailers—and robots, of course, don’t pay taxes themselves.

That differing tax treatment hasn’t caused mass unemployment. Just look back a few decades. The advent of PCs and computing power in the 1980s and 1990s boosted productivity and destroyed the jobs of typists and file clerks. But software designers and social-media influencers rose to take their place, and U.S. unemployment today is at a 50-year low.

If that history repeats, there will be difficult short-term disruptions but little to warrant upending the whole tax system.

In fact, altering the tax system to slow automation or raise revenue from robots could be damaging, placing a new constraint on exactly the innovation that can boost employment and living standards in the long run.

“It’s one of the more harebrained ideas. Just about every aspect of it’s wrong,” says Dean Baker, a progressive economist who says the country should be trying to improve flagging productivity growth, not inhibiting it. “The problem that we’re ostensibly trying to fix isn’t there.”

But what if the next wave of robots is different? What if robots aren’t like laptops or sewing machines or any other technology we’ve ever seen and they replace jobs without creating new ones?

“That’s the bazillion-dollar question,” says Shu-Yi Oei, a Boston College law professor. “Is this the same as the last manufacturing age? Or is it really something new?”

There’s a real risk that the next wave of automation and artificial intelligence will displace workers and not create enough jobs, says Daron Acemoglu, an economist at the Massachusetts Institute of Technology, who co-wrote a recent study that found technology already contributing to slower employment growth.

A 2017 McKinsey Global Institute study estimated that 15% of work globally could be automated by 2030,but that U.S. employment rates likely wouldn’t fall as new jobs are created. A subsequent report found that job losses could be concentrated in rural America and already-distressed regions.

But if robots—or artificial intelligence or automation—create mass unemployment, the tax system would be stressed. Payroll tax revenue could decline because far fewer workers would pay into the system. Corporate tax revenue could fall, too, at least temporarily, as companies get short-term deductions for the capital cost of investing in robots.

“You really need to intervene in a way that encourages job creation,” Mr. Acemoglu says. “Taxing or discouraging innovations that are not very productive at the margin but are displacing labor is certainly an option.”

During his campaign, Mr. de Blasio proposed changes to investment deductions and a form of robot taxation that would require companies to pay five years’ worth of payroll taxes for every job they automate. He would have used that money to create jobs in energy, child care, health care and elsewhere.