The Federal Communications Commission has decided to allow the rollout of new 5G wireless networks without making changes to federal safety limits for cellphone-radiation exposure. 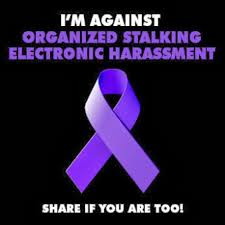 The U.S. telecommunications regulator voted unanimously this week to keep in place standards for how much exposure to the radio-frequency energy cellphones and antennas emit is safe. The standards cover consumer devices and the infrastructure used on cell towers and rooftops.

The FCC said it found no basis for changing current exposure limits and took to heart the Food and Drug Administration’s comments that the weight of scientific evidence hadn’t linked cellphones to health problems.

The FCC’s decision touches on an issue that has been divisive among scientists and government agencies. It comes as some consumers and activist groups concerned that 5G infrastructure poses health risks find an audience with local officials.

“No expert health agency expressed concern about the Commission’s RF [radio frequency] exposure limits,” and others who commented and presented scientific research failed to provide “any specific, pragmatic recommendation for how our RF exposure limits could be adjusted,” FCC staff wrote.

The four major U.S. wireless carriers are racing to roll out next-generation wireless service, installing thousands of small-cell antennas on rooftops and light poles and selling a new wave of 5G-compatible smartphones.

A senior FCC official said in August, when the item was first put forward, that there was nothing unique in 5G networks that posed additional health risks. The agency has spent six years reviewing the issue and public feedback.

The FCC consults the FDA and other agencies to set radio-frequency exposure limits. The FDA focuses on cellphones in addition to medical devices and says it consults a range of peer-reviewed studies, public-health data and other research.

“Hundreds of constituents have contacted our offices and those of our colleagues to raise concerns about the impact of cellphone RF emissions on human health, especially as our country transitions to 5G,” they wrote.

The FDA in September replied with a seven-page document summarizing some of the sources it relied on. Agency officials told Ms. Eshoo and Mr. Merkley that the main health outcome it focused on in relation to cellphone radio-frequency emissions was the onset of cancer. “While some studies have suggested correlations between cellphone use and some tumors, there is no clear and consistent pattern that has emerged,” FDA officials wrote.

The National Toxicology Program within the Health and Human Services department spent decades on a federally-funded study that centered on exposing animals to radio frequency radiation akin to what is associated with 2G and 3G cellphones. Lab rats and mice were exposed at levels higher than what human cellphone users typically experience.

The NTP researchers said a year ago that they found “clear evidence” that cellphone radiation exposure can cause cancerous heart tumors in male rats, but it was unclear what the final conclusions meant for humans.

The FDA said at the time that conclusions about the risks of cellphone use to humans couldn’t be drawn from that study because it wasn’t designed to test that.

“Based on our ongoing evaluation of this issue, the totality of the available scientific evidence continues to not support adverse health effects in humans caused by exposures at or under the current radio-frequency energy exposure limits,” the agency said in November 2018.

The Environmental Health Trust, a nonprofit that has urged people to use headsets and never put cellphones in pants pockets, has pressed the FDA to provide more detail about its decision-making process.

The advocacy group, which has the backing of one of the researchers who designed the NTP study, has disagreed with some of the agency’s claims. The group has said the FDA also should consider the impact of radio-frequency exposure on DNA, brain development, memory and reproduction.

The FCC’s decision “flies in the face of the massive scientific evidence that has accumulated,” suggesting cellphone radiation does have adverse health effects, said Paul Ben Ishai, a senior lecturer in the Ariel University physics department in Israel and an adviser to the Environmental Health Trust.

The NTP has said it is studying the existing literature on the higher frequencies used to provide 5G networks and is “working to better understand the biological basis for the cancer findings reported in earlier studies” on prior generations of wireless service.

Scientists at the NTP aim to begin new studies on radio-frequency radiation in 2020.

Manufacturer of AR-15 Can Be Sued Over Sandy Hook Massacre, Court Rules (#GotBitcoin?)