Districts are buying the coverage, also called “active-assailant” insurance, for legal costs and other expenses in the event of a shooting. More Schools Are Buying ‘Active-Shooter’ Insurance Policies

School administrators consider the likelihood of a shooting real enough that some districts are buying active-shooter insurance.

The coverage, also called “active-assailant” insurance, gained traction in the past year, following several mass shootings. Schools use it in hopes of avoiding litigation and offsetting costs for counseling services, crisis management and added security after an attack. 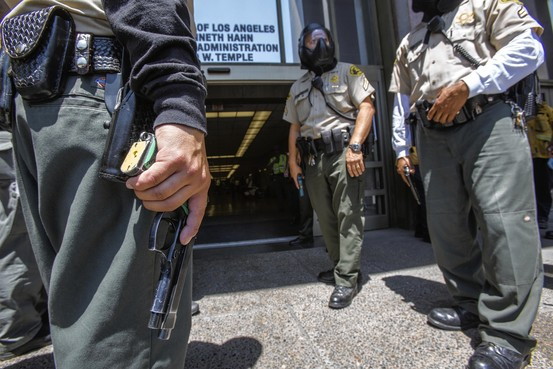 “It at least gives us some peace of mind that, in the event of horrible tragedy, we can begin to put things in place,” said Lance Erlwein, treasurer of Belpre City Schools, a district of 1,000 students in southeastern Ohio, which purchased a plan last year that includes a $25,000 death benefit per victim and trauma counseling. “Fifteen years ago who would have ever thought you would need something like this. It’s awful that schools have become the target.”

After a mass shooting at a school, it isn’t unusual for victims and grieving family members to file lawsuits against a school district alleging negligence, including for matters such as failing to provide adequate security or missing warning signs of a would-be-shooter.

After the February mass shooting at Marjory Stoneman Douglas High School in Parkland, Fla., 15 survivors filed a lawsuit in U.S. District Court of the Southern District of Florida in July against several parties, including the school district’s superintendent, law-enforcement officials and Broward County. They seek monetary damages to be determined by a jury and attorney fees for alleged failures to protect students at the school. 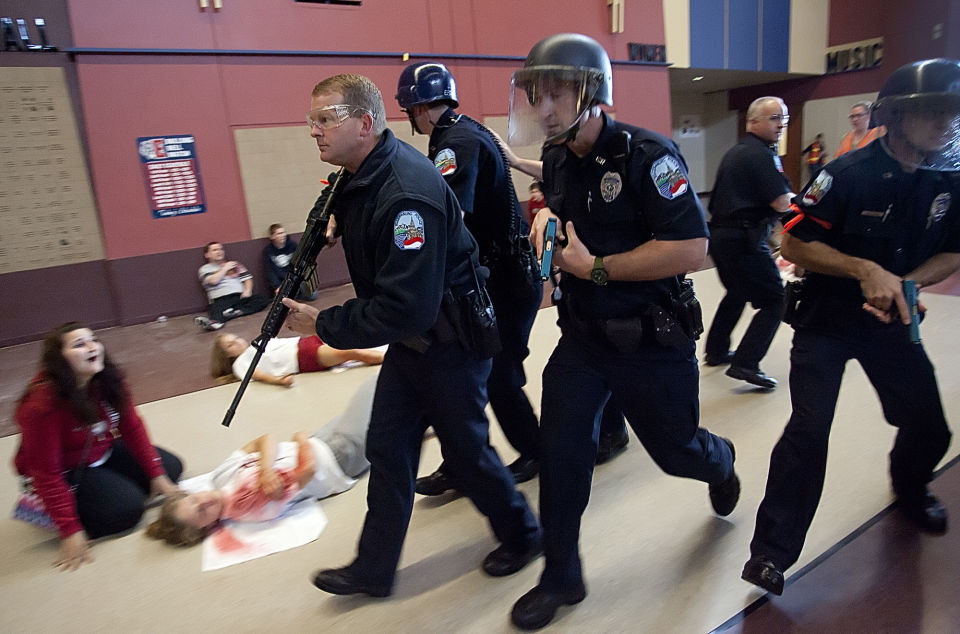 More than 150 children and adults have been killed in school shootings since 1990, according to a Wall Street Journal review. Scores more were either injured or traumatized by the incidents.

Insurance underwriter McGowan Program Administrators, an Ohio-based leader in shooter insurance, has written over 300 active-shooter/workplace violence policies for school districts, charter schools, private schools and universities across the country since 2016, when it started offering the coverage. A company official said the company issued over 60 policies in July, and that it has paid out some policies.

Shooter insurance is considered gap coverage, handling expenses not typically covered under general liability, such as funeral costs and death benefits. Annual premiums can range from about $1,800 for $1 million in coverage for small school systems to about $175,000 for $20 million in coverage for larger ones. Death benefits often are offered up to $250,000 per victim. 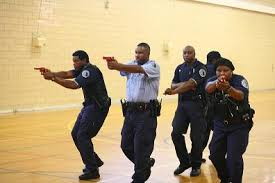 “There’s burgeoning demand for this product,” said Robert Hartwig, director at the Risk and Uncertainty Management Center at the University of South Carolina, which focuses on risks facing organizations. “If you’re a risk manager for a school district, you have to look at it with the same eye that you might look at coverage for a tornado. We live in a very litigious United States.”

George Mocsary, an associate professor at the Southern Illinois University School of Law, said the insurance is priced too high for something that has a “extraordinarily low” chance of happening. The odds of a student in K-12 public school getting killed or injured in a multivictim shooting are about one in 4.8 million a year, compared with one in 700,000 a year of getting hit by lightning, Mr. Mocsary said. 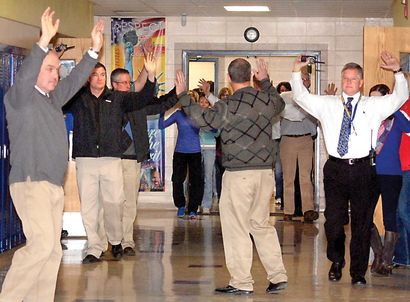 The School District of Indian River County in Vero Beach, Fla., pays an annual premium of $20,909 for a $3 million policy, which includes a $250,000 per person death or injury benefit after a shooting or other violent act. The insurance covers the district’s schools with 15,000 students and employees. Charter schools aren’t covered.

Last year, the insurance company for Marysville School District No. 25 in Washington state settled a lawsuit for $18 million filed by the families of victims in a school shooting that left four students dead and a fifth critically injured. The lawsuit was settled using the school district’s liability coverage. 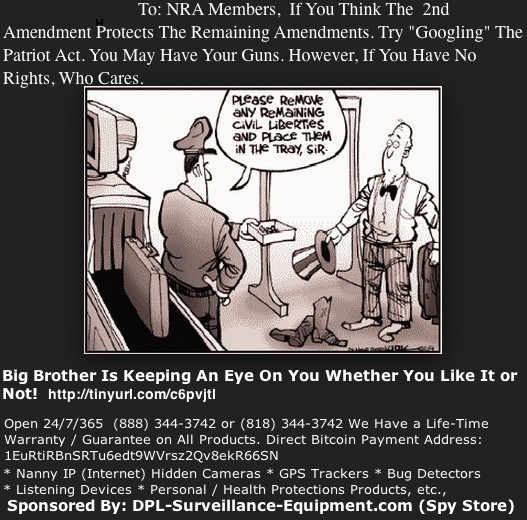 The question of whether to obtain shooter coverage can be sensitive for districts. Some school districts declined to discuss their insurance plans or provided limited information.

Broward County Public Schools, which includes Stoneman Douglas High School, said in an email that the district didn’t have active-shooter coverage before February’s mass shooting. The policy is something that has been and continues to be considered, it said.

Schools Question Whether They Should Keep Teaching Students to Confront Shooters  After the deaths of two students, some say children may be too young to make such decisions; praise for those who step forward.

Students across the country are taught what to do in case of an active shooter situation: avoid, barricade and hide and, as a last resort, confront the shooter.

But two school shootings in as many weeks where the students who confronted the shooter were killed are prompting officials to question this practice, or wonder, at the very least, should the risk of doing so be discussed.

School districts across the country are training students to throw laptops, books and other objects to distract shooters, and attempt to subdue them by kicking, hitting or tackling.

“They can sit there and become victims, or they can do something and become a hero,” said Greg Crane, founder of the ALICE training method that partly focuses on countering shooters and is taught in about 5,600 school districts. Parents will “be proud of their kids. They saved lives.”

At STEM School Highlands Ranch near Denver, 18-year-old Kendrick Ray Castillo was killed May 7 when he confronted one of two shooters who are accused of killing him and wounding eight others. A week earlier, 21-year-old Riley Howell died in a shooting at the University of North Carolina at Charlotte while trying to defend fellow students.

A UNC spokeswoman said the school offers ALICE training voluntarily, free of charge, and students are taught as a last resort to use everything at their disposal to fight to stop the shooter. School officials in Colorado didn’t respond to a request seeking comment about safety training. It couldn’t be learned what safety protocols were used in the school.

“Are we creating a generation of martyrs to believe that this is the appropriate response?” said Kenneth Trump, president of National School Safety and Security Services and no relation to the U.S. president. “You’re asking them to make executive-function decisions that even adults under stress struggle with. We want to acknowledge and respect the hero of this, but we have to exercise caution with kids who process things very differently than we do, in terms of this is the expected standard.”

The National Association of School Psychologists said the students who lost their lives should be honored and remembered, but extensive coverage of their acts could be harmful.

“We caution against unintentionally glamorizing the extremely high risk of confronting an armed assailant head on, particularly when it involves youth,” the group said in a statement. “Children and adolescents are impressionable and impulsive by nature. They can believe in their own invincibility.”

The association recommends the popular “lockdown” method, which involves locking classroom doors and getting students low and out of sight in an active-shooting situation. The group said confrontation should be a last resort when face-to-face with a shooter.

Training methods like ALICE, which stands for alert, lockdown, inform, counter and evacuate, in no particular order, have been controversial, mostly for encouraging students to counter if needed. Students are trained to counter by distracting the shooter from taking good aim, such as making noise, throwing objects and then getting away if possible, or attacking. Students also are told to follow their teacher’s directions.

Michael Hinojosa, superintendent of the Dallas Independent School District in Texas, said the student in Colorado who lost his life showed great courage and selflessness, but he doesn’t recommend fighting back. “Too many unknown variables,” he said. “Even well-trained law enforcement and military personnel sometimes do not respond well in these instances.”

Not far away, some school officials have no plans to change their approach.

“Instead of putting them under a table and waiting for their demise, empower them to have the ability to get out,” said Ronny Potts, police chief in the Keene Independent School District in Texas, who has helped train students on the ALICE method. “All of our classrooms have bats in them for the biggest person in the room to swing. We’re buying time for me or other officers to get to them.”

Some schools using ALICE have stocked classrooms with buckets of rocks and canned goods, to hit shooters.

Steve Holley, whose 12-year-old son, Nate, hid in a closet as bullets rang at the STEM school in Colorado, said he doesn’t think praising students will spur others to become martyrs. Speaking of Mr. Castillo, “it was an unconscious act of bravery,” he said.

Poll: Should Active Shooter Training Be Mandatory On or At: