A Facebook post has drawn the interest of millions in a meetup this month in the Nevada desert, close to the secretive military installation. What’s Really Going On At Area 51: Maybe the Biggest UFO Party On Earth (#GotBitcoin?) 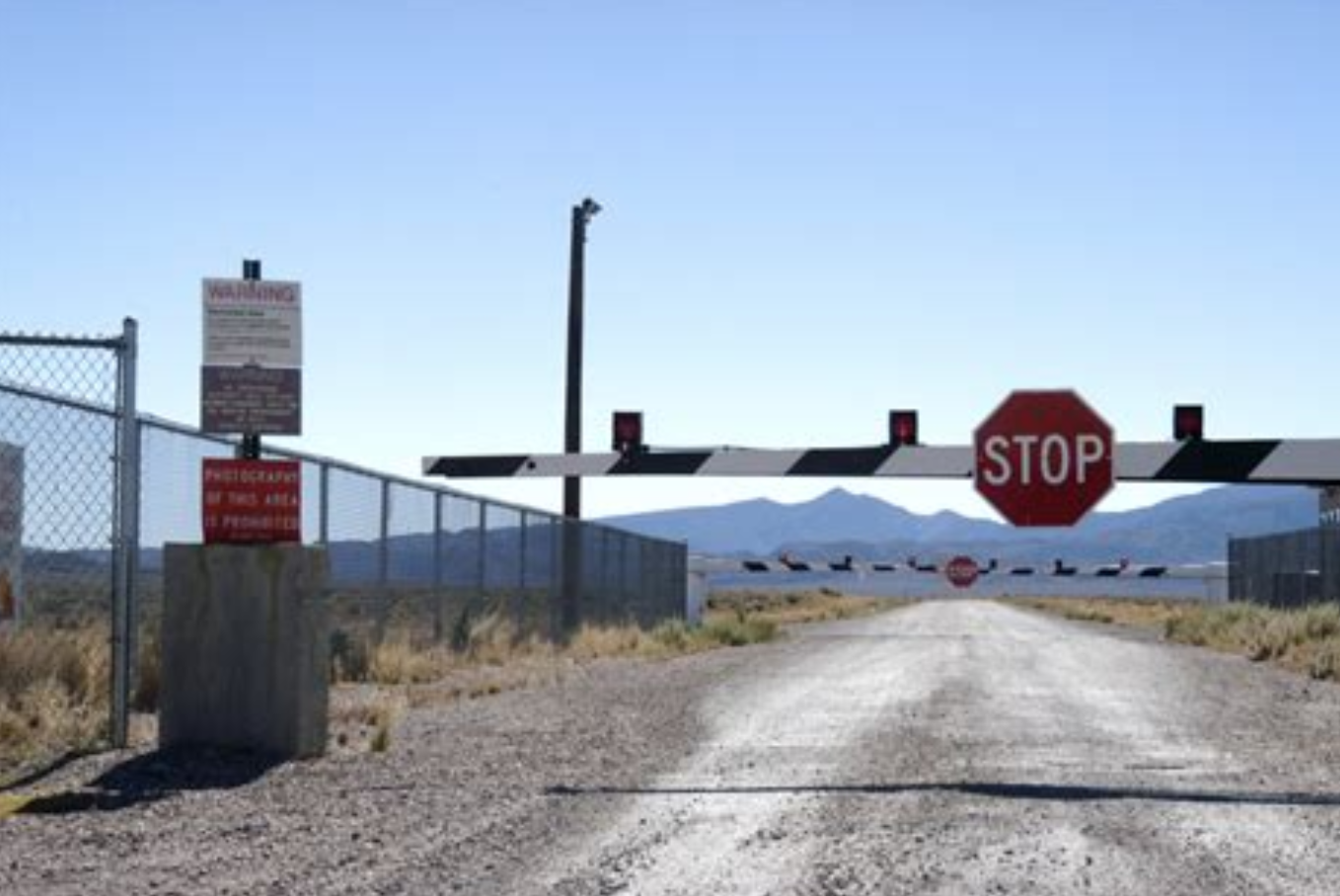 Glenn Kaminsky put up a booth at the recent Bigfoot Daze festival in Willow Creek, Calif., to promote an invasion of Area 51, or at least a party in the same desert neighborhood.

The secretive Nevada military facility, long suspected of hiding extraterrestrials and their space ships, is ground zero for a coming assembly of UFO enthusiasts seeking close encounters with fellow travelers.

“I think everybody in America is curious. What really goes on out there? What do they do at Area 51? Are there aliens there? I’d like to know,” said Mr. Kaminsky, 43 years old, of Humboldt County, Calif.,

What started as a goof on Facebook this summer, “Storm Area 51: They Can’t Stop All of Us,” is edging closer to reality. The post tallied more than 2 million RSVPs. “Lets see them aliens,” it said. The mystery is how many will show. Regardless, the post spawned two festivals that begin Sept. 20.

Mr. Kaminsky launched his own Facebook group, Camp Storm Area 51, to coordinate rides and supplies. “I do believe in aliens,” he said. “How could you not?”

He might run into Noemi Barajas, a 31-year-old tattoo artist, who also plans to go. As a teenager, Ms. Barajas spotted a UFO the size of a compact car hovering outside her house in Anaheim, Calif. “I would like to meet someone out there that had an encounter as well,” she said.

The region’s two businesses are trying to make the most of it. The Alien Research Center in Hiko, Nev., a roadside attraction and souvenir shop, sells everything from plastic little green men to Tequila bottles shaped like the heads of space aliens. Owner George Harris is hosting “Storm Area 51 Base Camp,” featuring UFO lectures and a telescope. He is preparing for thousands to descend.

The “Alienstock” festival opens the same day about 40 miles away, at Little A’Le’Inn, the only motel and restaurant in Area 51’s orbit. The phone has been ringing off the hook with callers too late to book one of the motel’s 13 rooms, said Connie West, the owner. Over the past 30 years, she has seen the ups and downs of UFO interest. “This is my livelihood,” she said.

Ms. West has ordered portable toilets for what she hopes will be paying customers for her campsites in Rachel, Nev., population in the double digits.

Rob Bowman, a 48-year-old pizza restaurant owner in San Saba, Texas, said he planned to set up camp on Bureau of Land Management property, after making the 20-hour drive with his 17-year-old son and two brothers-in-law.

Mr. Bowman is drawn to Area 51 the way people flocked to a remote butte in the 1977 extraterrestrial movie “Close Encounters of the Third Kind.”

“They had no idea why they had to get to that mountain, but they felt like they had to go. I feel like I have to go. It’s nothing really to do with the aliens,” he said. “…Maybe the aliens have something to do with it.”

He also could use a break from his workaday life. “I don’t do anything fun. I have a restaurant. My whole life is the restaurant,” Mr. Bowman said. “So, just to do something wild and crazy. That’s probably one of the real reasons.”

Local, state and federal officials are in a state of alert. The county sheriff’s department has a dozen deputies to cover 1,200 square miles, and some experience tracking alien-seekers lost in the desert.

“We’ve had everything from the curiosity-seekers to the UFO people to ‘I’m paying for this place, I want to know what’s there,’” Lincoln County Sheriff Kerry Lee said. “People who are just average Joes, to families, to a lot of foreigners.”

Eric Vaughan, 45, of Portland, Ore., said he planned to bring 400 alien-theme T-shirts and 3,200 bottles of water to sell at Alienstock. He said he believes in distant forms of life but doubts any have visited Earth.

“It really is for me more about the belief and the hope that there’s other life out there…rather than trying to meet aliens or anything like that,” Mr. Vaughan said. “I want to meet other people and make some friends.”

Area 51 was the Air Force site for developing the U-2 spy plane in the 1950s. The Central Intelligence Agency first acknowledged the facility in 2013.

Curious civilians are still ordered to keep out of the Nevada Test and Training Range, commonly referred to as Area 51. “When an unauthorized person accesses a military installation they are detained until they can be turned over to the appropriate law enforcement authorities,” an Air Force spokeswoman said.

Christopher Bader, a Chapman University sociology professor who studies how people view the paranormal, said many are turning away from traditional religion to a patchwork of beliefs that might include aliens, ghosts or Bigfoot.

A third of Americans in a recent Gallup poll said some UFO sightings have been alien spaceships visiting Earth, while 60% believed they could be explained by human activity or natural phenomenon.

Steve and Glenda Medlin, longtime cattle ranchers, said their mailbox had stood alongside state route 375, on a 98-mile stretch officially designated the Extraterrestrial Highway. Visitors began stuffing it with letters to aliens, and it became known in the UFO community as “the black mailbox.”

The Medlins, patience worn thin, eventually removed it and got their mail delivered to the house. A stranger put up another black mailbox in its place.