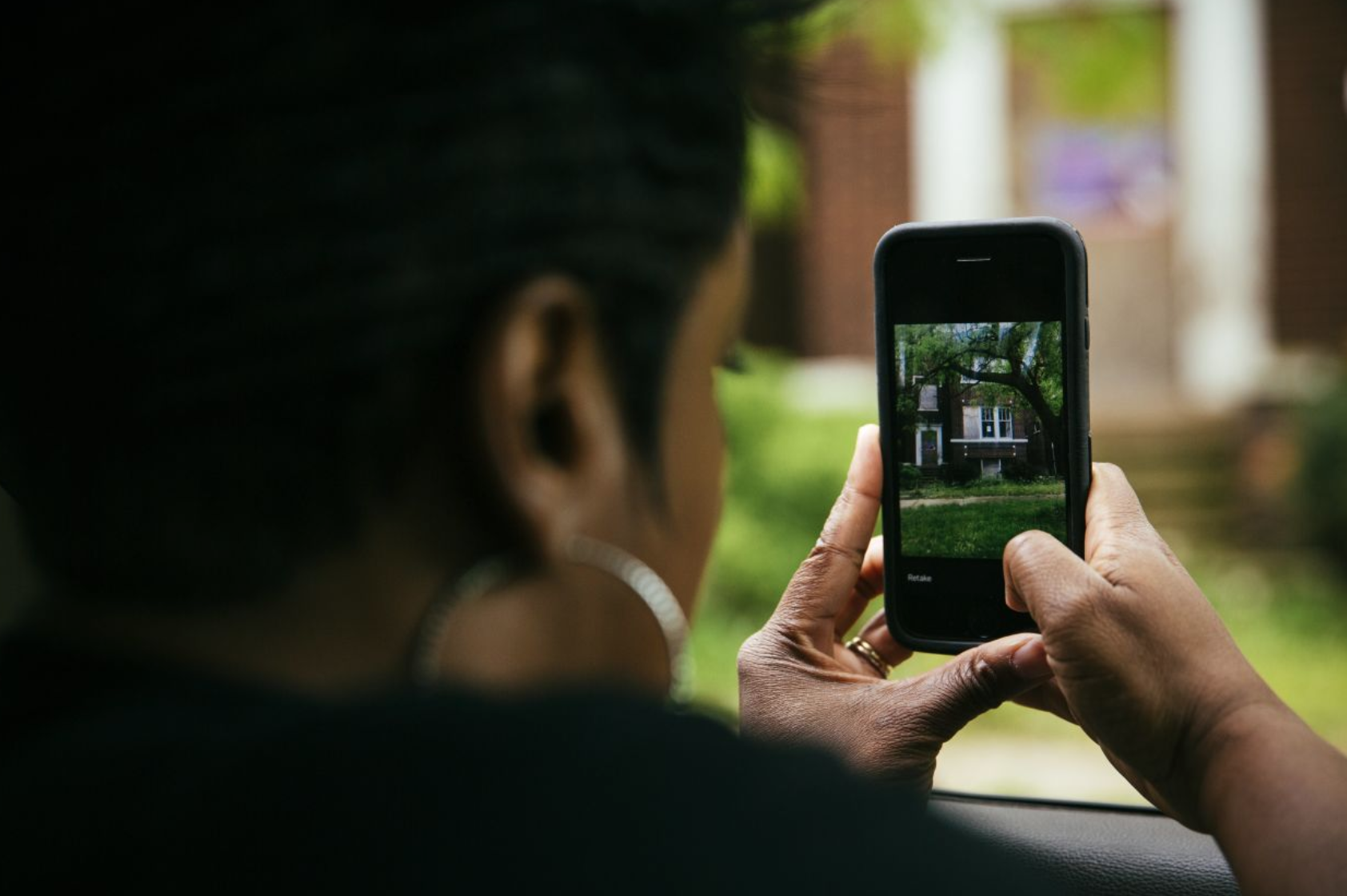 Brandon Taylor delivers food for UberEats and Amazon, but he has recently taken on another job: scouting potential targets for a house flipper.

He is working for CORI, which hires drivers to identify homes on their routes that the real-estate firm can buy and quickly sell for a profit. Mr. Taylor has learned to spot telltale signs of a house ripe for a flip: piled-up mail, warning notices plastered on the doors, tall grass and abandoned cars in the backyard.

“You really kind of have to have your eyes open,” said Mr. Taylor, who sends photos of 150 potential acquisitions each month.

Companies buying up homes in gentrifying neighborhoods in places such as Atlanta, Chicago, and Charlotte, N.C., are enlisting fleets of drivers working for ride-share apps like Uber and Lyft.

They pay drivers to take pictures of dilapidated properties during their down time, betting that some owners of these homes will be eager to sell. Eric Richner, the 31-year-old co-founder of CORI, said he has about 100 drivers working for him but aims to have 1,000 by the end of the year.

Participants in the increasingly competitive house-flipping market say using drivers as their eyes and ears cuts down on time and money wasted cold-calling whole neighborhoods.

“It’s a great way to be able to reach areas that I can’t drive around town all day,” said Scott Sekulow, who runs a HomeVestors franchise in Atlanta that has hired several drivers. “You don’t need a lot to know the house needs repairs.”

House purchases are classified as “flips” when a property is bought and resold within one or two years of purchase. Buyers typically invest in upgrading homes to make them more valuable, before putting them back on the market.

Flipping has been a controversial practice, and some housing analysts believe it contributed to the housing bubble more than a decade ago. Back then, hoards of amateur investors lined up to purchase lots in new subdivisions in hot markets such as Las Vegas and Phoenix.

In recent years, however, the business has become more sophisticated: 40% of flips are now made by companies rather than by individuals, giving companies three times the market share they had during the last housing boom, according to research from property-data firm CoreLogic .

The recruitment of ride-hailing drivers to cover target-rich locations is the latest sign that house flippers are becoming more institutionalized and technology-driven.

This new union between temporary workers like ride-hailing drivers and property speculation isn’t as improbable as it might seem. As the institutionalization of house flipping has grown, so has the industry’s demand for cheap labor to help it expand further.

Companies are recruiting drivers through apps including DealMachine, which more than 400 house-flipping outfits use to gather leads, according to its chief executive, David Lecko. He got the idea after chatting with drivers in Indianapolis, where the company is based.

Drivers’ compensation varies by firm, from a sales commission to a fee for each productive lead. Atlanta-based CORI pays drivers up to $1,500 per referral that leads to a purchase and in some cases it pays for leads as well, Mr. Richner said. Mr. Taylor, who learned of the opportunity and began scouting in December, said he hasn’t made any referral money yet.

Krystal Polite, co-founder of the house flipper Be Polite Properties in Alamance County, N.C., hires drivers to find her deals in 20 states. She offers one or two dollars per approved lead, and 10% of net profit if a lead becomes a flip, she said.

“You kind of have to make it worth their while, because it can be a long time between when that deal comes in and when you actually close,” Ms. Polite said.

One of Mr. Sekulow’s top recruits is Jiri Emanovsky, who lives in midtown Atlanta. Mr. Emanovsky helps Mr. Sekulow recruit other Uber and Lyft drivers for the company, which is focused on properties valued at $200,000 or lower, he said. Mr. Emanovsky estimated about every 200 leads sent in should equal one deal, so if a driver sent in 600 a month, he or she eventually could earn an additional $3,000 or so in added income.

Still, it isn’t clear if anyone is getting rich as a house-flipping scout. Tyra Johnson-Morris, 35, who drives for Uber and Lyft in Chicago, said she has sent in more than 400 photos to CORI since January. She often asks ride-share customers about their neighborhoods and inquires about specific houses.

Even though none of her leads have become sales yet, she intends to keep doing it. “I understand real estate is a numbers game,” she said. “What do I have to lose? I’m driving around anyway.”