The New Rules of Conduct In A World Without Cash (#GotBitcoin?)

As more people and places say ‘No’ to cash, apps like Venmo and Zelle are emerging as the new dominant payment methods. Here, how to navigate the social landscape of a paperless world. The New Rules of Conduct In A World Without Cash (#GotBitcoin?) 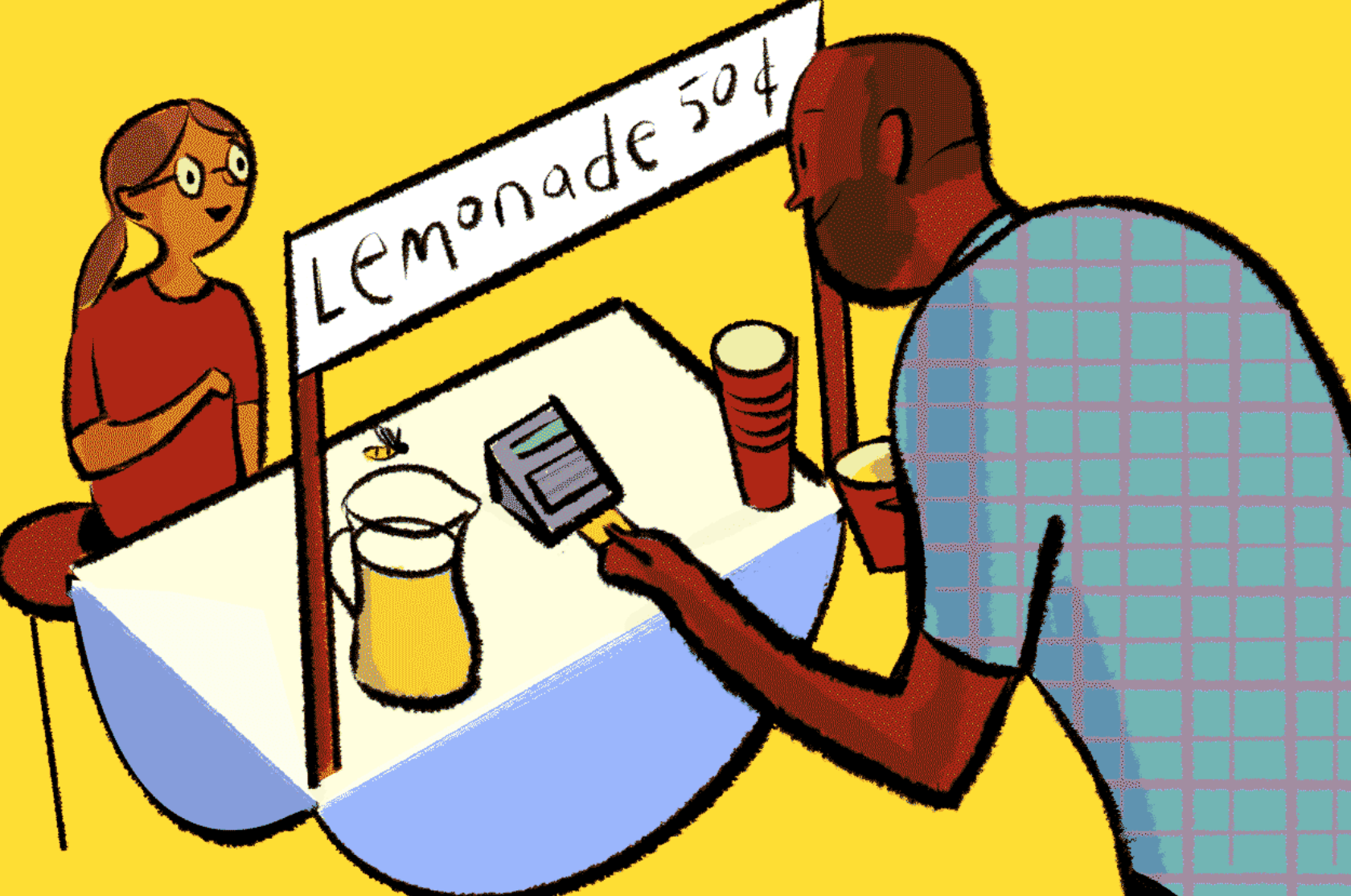 MONEY MAY not go as far as it used to, but there are more ways than ever to spend it. While checking out at your corner drugstore, it’s now quicker to flash your smartphone at the payment screen than hunt for change or hope your chip card works this time. (And forget about writing one of those primitive things called checks.)

If you’re grabbing coffee for co-workers, don’t worry about getting stiffed—they can easily reimburse you on apps like Venmo, Zelle, PayPal, Cash App and many more. Splitting a complicated bill at the end of the night? Tab and Divvy make it easier than ever.

As more people swap funds via apps—over $21 billion was sent using Venmo in the first quarter of 2019, up 73% from the same time last year—cash is starting to burn a hole in people’s pockets. From takeout spots to Amazon Go markets to your buddy Carl, paper money is increasingly being rejected. However, the quick ascension of payment apps has taxed the skills of etiquette and money experts; it’s clear that social norms around all these new ways of forking over your fair share are still being defined.

We have to start asking ourselves new questions, said Tami Kim—who studies the social rules around Venmo payments as an assistant professor at the University of Virginia’s Darden School of Business. Like, “How close am I to the person I’m paying?” The answer will help you determine if you should pick up this round and trust your companion to get the next one. If you choose to “Venmo” someone—and yes, it’s quickly become a verb akin to Uber—don’t nickel-and-dime your friend. Instead, pleaded Ms. Kim, be cool and round up at least to the nearest dollar.

Ms. Kim may be fighting a losing battle. The rise of payment apps is undermining old notions of generosity, suggested Julia Lescarbeau, a 24-year-old account executive at Nike Communications. Now you can avoid the awkwardness of asking a friend repay you by casually shooting them a message via the app (complete with chipper emojis). Because of this, Ms. Lescarbeau said she rarely sees people plop down a credit card after dinner or drinks and say “I got this one.” Even when they do, you’re still more likely to get a Venmo request the next morning asking you to chip in, she added.

‘Thanks to payment apps, you rarely hear someone say ‘I’ve got this one’ when you’re going out for dinner or drinks.’

When you’re splitting a check with someone who prefers traditional pay methods, avoid cajoling your companion into installing software right at the dinner table. “That’s like insisting they eat the okra that you’re serving for dinner,” said Diane Gottsman, founder of the Protocol School of Texas, which trains people in business etiquette. “Some people love okra; some don’t. It’s all a matter of preference.”

On the other hand, if you’re the last among your circle of friends still clinging to cash, you may decide it’s best to simply download your group’s preferred app. “It’s not mandatory,” Ms. Gottsman admitted, “but you may want to because you’ll be the only one always sticking out.” And it’s a lot easier to push away a plate of okra than to opt out of modern technology.

Not everyone is on the same page internationally either. U.S. travelers looking to split a round with their new friends in a charming European pub shouldn’t be surprised to find that none of them has Venmo: Like many payment apps, it’s only available in the U.S. For some travelers, installing new smartphone software before they fly has replaced stopping off at the airport currency exchange. Travel guides like Fodor’s and WikiVoyage can talk you through best practices for mobile apps like WeChat , ubiquitous for payments in China, with more than 600 million users, but relatively unknown stateside.

Domestically, cash hasn’t completely disappeared yet—an attempt to pay with Venmo or Mastercard will be met with a bemused shake of the head at plenty of corner bars, laundromats and food trucks. And landlords and mom-and-pop businesses around the country seem to still prefer checks or—even more antiquated—money orders. Even some once cash-free establishments, including Amazon’s experimental “just walk out” markets, have reverted to accepting bills and coins amid pushback: Consumer advocates and legislators have argued that these stores effectively discriminate against poorer customers who may not have smartphones, credit cards or bank accounts.

“If you look at payment methods, cash use is several times higher among the lowest-income, least-educated group,” said Joanna Stavins, a senior economist at the Federal Reserve Bank of Boston.

Old-school payment methods, much like snail-mail greetings, can also convey a more personal touch when it comes to sending gifts, since digital payment systems can feel more like a callous “transactional service,” said Shashi Dosaj, founder of the California Institute of Etiquette. But young, tech-savvy users are starting to upend this stereotype as well, said Ms. Lescarbeau. “I send my brother money for coffee during finals and it’s a cute little surprise for him.”

Payment methods will only get more complex, so even the last holdouts may have to eventually embrace—or at least grin and bear—digital payment apps and learn the social rules around them. Vikrant Gandhi, director of information communication technologies at market research firm Frost & Sullivan, said he anticipates the number of these apps to rise in the coming years as the financial-services industry experiments to find even easier, more accessible digital tools.

Until the etiquette falls into place and becomes universal, it’s best to send your friends a quick payment each time you’re heading home from coffee or drinks or dinner. If they want to cover the bill, they can always reject it with an emoji-filled note: “It’s on me!”

TIME TO CASH OUT? / The Best Money App for Everything from Check-Splitting to Globe-Trotting

Venmo has garnered fame with its social feed that lets its users inform friends and strangers when they pay someone back for brunch.

Thanks to partnerships with big banks, most Zelle transfers can be sent and received in minutes for no additional charge.

Apple Pay is often faster and more convenient than inserting a card. And safer, thanks to ID verification via your face or fingerprint.

For nearly 20 years, PayPal has been the gold standard on sites that leave you uncomfortable about entering banking information.