Nature is in more trouble now than at any other time in human history, with extinction looming over 1 million species of plants and animals, scientists said Monday in the United Nations’ first comprehensive report on biodiversity.

Meet The Scientists Bringing Extinct Species Back From The Dead

It is all because of humans, but it isn’t too late to fix the problem, the report said.

Species loss is accelerating to a rate tens or hundreds of times faster than in the past, the report said. More than half a million species on land “have insufficient habitat for long-term survival” and are likely to go extinct, many within decades, unless their habitats are restored. The oceans aren’t any better off.

“Humanity unwittingly is attempting to throttle the living planet and humanity’s own future,” said George Mason University biologist Thomas Lovejoy, who has been called the godfather of biodiversity for his research. He wasn’t part of the report.

“The biological diversity of this planet has been really hammered, and this is really our last chance to address all of that,” Mr. Lovejoy said.

Conservation scientists from around the world convened in Paris to issue the report, which exceeded 1,000 pages. The Intergovernmental Science-Policy Platform on Biodiversity and Ecosystem Services involved more than 450 researchers who used 15,000 scientific and government reports.

The report’s summary had to be approved by representatives of all 109 nations.

Some nations hit harder by the losses, like small island countries, wanted more in the report.

Others, such as the U.S., were cautious in the language they sought but they agreed “we’re in trouble,” said Rebecca Shaw, chief scientist for the World Wildlife Fund, who observed the final negotiations.

“This is the strongest call we’ve seen for reversing the trends on the loss of nature,” Ms. Shaw said.

The findings aren’t just about saving plants and animals but about preserving a world that is becoming harder for humans to live in, said Robert Watson, a former top NASA and British scientist who headed the report.

The report’s 39-page summary highlighted five ways in which people are reducing biodiversity:

• Turning forests, grasslands and other areas into farms, cities and other developments. The habitat loss leaves plants and animals homeless. About three-quarters of Earth’s land, two-thirds of its oceans and 85% of crucial wetlands have been severely altered or lost, making it harder for species to survive, the report said.

• Permitting climate change from the burning of fossil fuels to make it too hot, wet or dry for some species to survive. Almost half of the world’s land mammals—not including bats—and nearly a quarter of the birds have already had their habitats hit hard by global warming.

Polluting land and water. Every year, 300 to 400 million tons of heavy metals, solvents and toxic sludge are dumped into the world’s waters.

• Allowing invasive species to crowd out native plants and animals. The number of invasive alien species per country has risen 70% since 1970, with one species of bacteria threatening nearly 400 amphibian species.

Fighting climate change and saving species are equally important, the report said, and working on both environmental problems should go hand in hand.

“Business as usual is a disaster,” Mr. Watson said.

At least 680 species with backbones have already gone extinct since 1600. The report said 559 domesticated breeds of mammals used for food have disappeared.

Threatened with extinction are more than 40% of the world’s amphibian species, more than one-third of the marine mammals and nearly one-third of sharks and fish.

The report relies heavily on research by the International Union for the Conservation of Nature, or IUCN, which comprises biologists who maintain a list of threatened species.

The IUCN calculated in March that 27,159 species are threatened, endangered or extinct in the wild out of nearly 100,000 species biologists examined in depth.

That includes 1,223 mammal species, 1,492 bird species and 2,341 fish species. Nearly half the threatened species are plants.

Scientists have examined only a small fraction of the estimated 8 million species on Earth.

The report comes up with 1 million species in trouble by extrapolating the IUCN’s 25% threatened rate to the rest of the world’s species and using a lower rate for the estimated 5.5 million species of insects, Mr. Watson said.

Outside scientists, such as Mr. Lovejoy and others, said that is a reasonable assessment.

The report gives only a generic “within decades” time frame for species loss because it is dependent on many variables, including taking the problem seriously, which can reduce the severity of the projections, Mr. Watson said.

“We’re in the middle of the sixth great extinction crisis, but it’s happening in slow motion,” said ecologist Lee Hannah of Conservation International and University of California Santa Barbara, who wasn’t part of the report.

Five times in the past, Earth has undergone mass extinctions where much of life on Earth blinked out, like the one that killed the dinosaurs.

Mr. Watson said the report was careful not to call what is going on now as a sixth big die-off because current levels don’t come close to the 75% level in past mass extinctions.

Many of the worst effects can be prevented by changing the way we grow food, produce energy, deal with climate change and dispose of waste, the report said. That involves concerted action by governments, companies and people.

Individuals can help with simple changes to the way they eat and use energy, said the co-chairman of the report, ecological scientist Josef Settele of the Helmholtz Center for Environmental Research in Germany.

That doesn’t mean becoming a vegetarian or vegan, but balancing meat, vegetables and fruit, and walking and biking more, Mr. Watson said.

“We can actually feed all the coming billions of people without destroying another inch of nature,” Mr. Lovejoy said. Much of that can be done by eliminating food waste and being more efficient, he said.

Whale Reunions, Green Hydrogen And Other Good News On The Climate 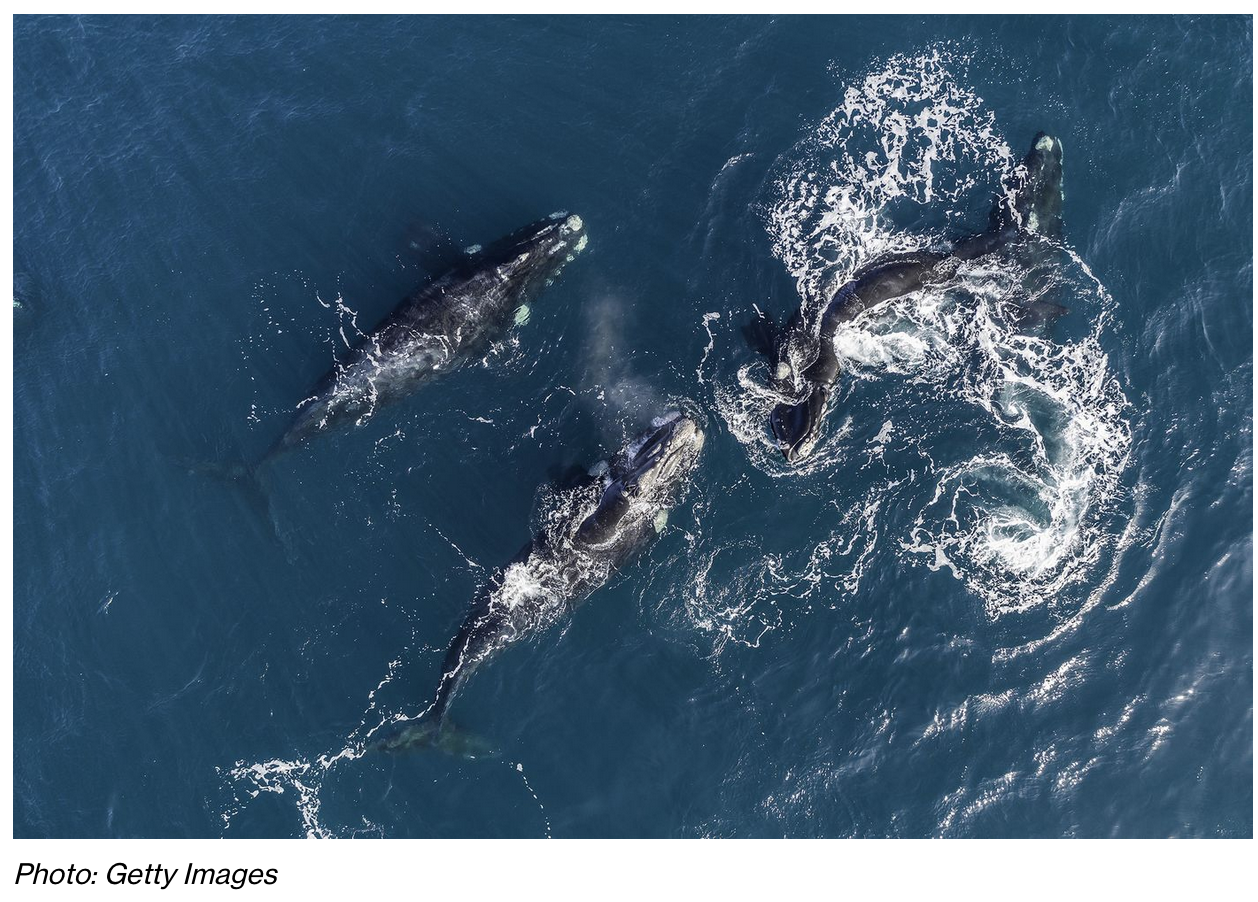 There have been some positive developments when it comes to the fight against climate change — no, really.

Combating the climate crisis means taking on some of the most seismic challenges humanity has ever faced — and it’d be fair to say things aren’t going as well as they could be. But all hope is not lost: The past few months offer up a number of positive climate developments.

Brought to near extinction by industrial whaling, the fin whales of the Southern Hemisphere have returned to their ancestral feeding grounds in the Antarctic in high densities, according to a report published in July in the journal Nature. The recovery of fin whales, good in itself, could also help restore bacteria crucial to helping the ocean absorb carbon.

The US Joins the Climate Fight

The US passed the Inflation Reduction Act, which, despite the name, contains the most sweeping climate measures in American history. Through tax credits and other incentives for renewable energy, electric vehicles and carbon capture and storage, the law aims to cut US greenhouse gas emissions to 40% below 2005 levels by 2030.

Seville is building subterranean canals powered by renewable energy to help cool part of the city above. The CartujaQanat project brings a technology that was used in ancient Persia to modern-day Spain. Vertical shafts pierced along the canals allow the cooler air to escape, reducing the increasingly sweltering air temperature above the surface.

Germany’s three-month experiment with super-cheap public transportation saved 1.8 million tons of CO2 emissions, equivalent to powering about 350,000 homes for a year. The €9 ticket, which included nationwide travel on trains, subways, trams and buses, was designed to combat inflation but had a climate-friendly side effect as Germans used their cars less, according to the VDV public transport lobby.

California’s air regulator approved plans to phase out sales of gasoline-powered vehicles by 2035, a world first (New York soon followed suit). The state’s initial goal is to increase the share of electric vehicle sales to 35% by 2026. California then hopes to cut climate-warming pollution from cars, pickups and SUVs by 395 million metric tons by 2040. 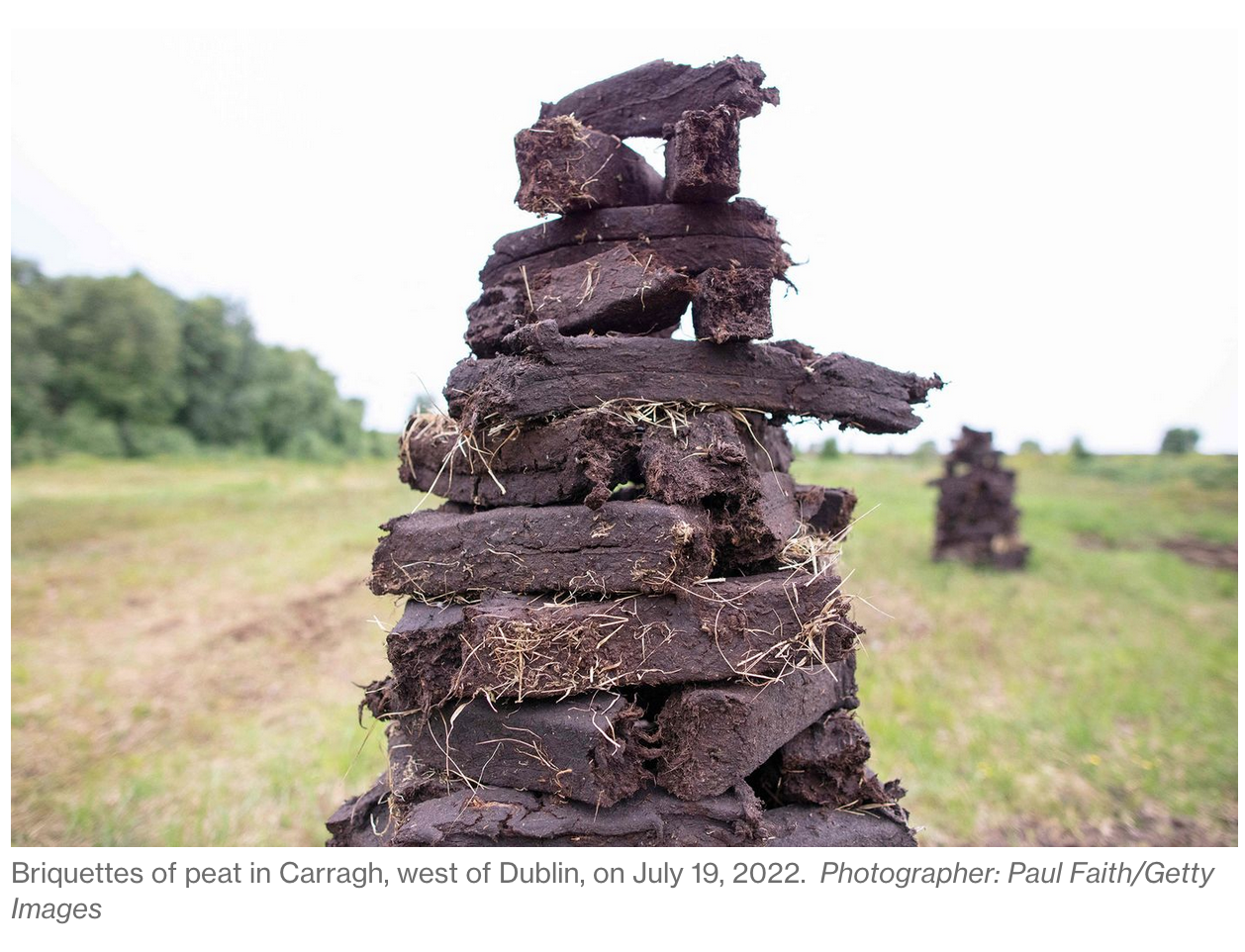 To protect degraded moorlands, the British government will ban the sale of peat for use as a fertilizer in private gardens and allotments by 2024. In addition to filtering water, preventing flooding downstream and nurturing wildlife, peatlands are major carbon sinks, helping to mitigate global warming.

India will increase its green hydrogen production capacity to an annual 25 million tons by 2047 as it weans itself off fossil fuels. Green hydrogen is expected to play a major role in efforts to decarbonize heavy industry and meet the country’s goal of reaching net-zero by 2070. India’s current output comes from a handful of pilot projects.

The Republic of Congo will establish its first three marine reserves in the Atlantic, an organization that advises the government said. The reserves will cover 12% of the West African country’s ocean zone and protect breeding grounds used by humpback whales and leatherback turtles. The reserves will also cover areas inhabited by whale sharks, the world’s largest fish. 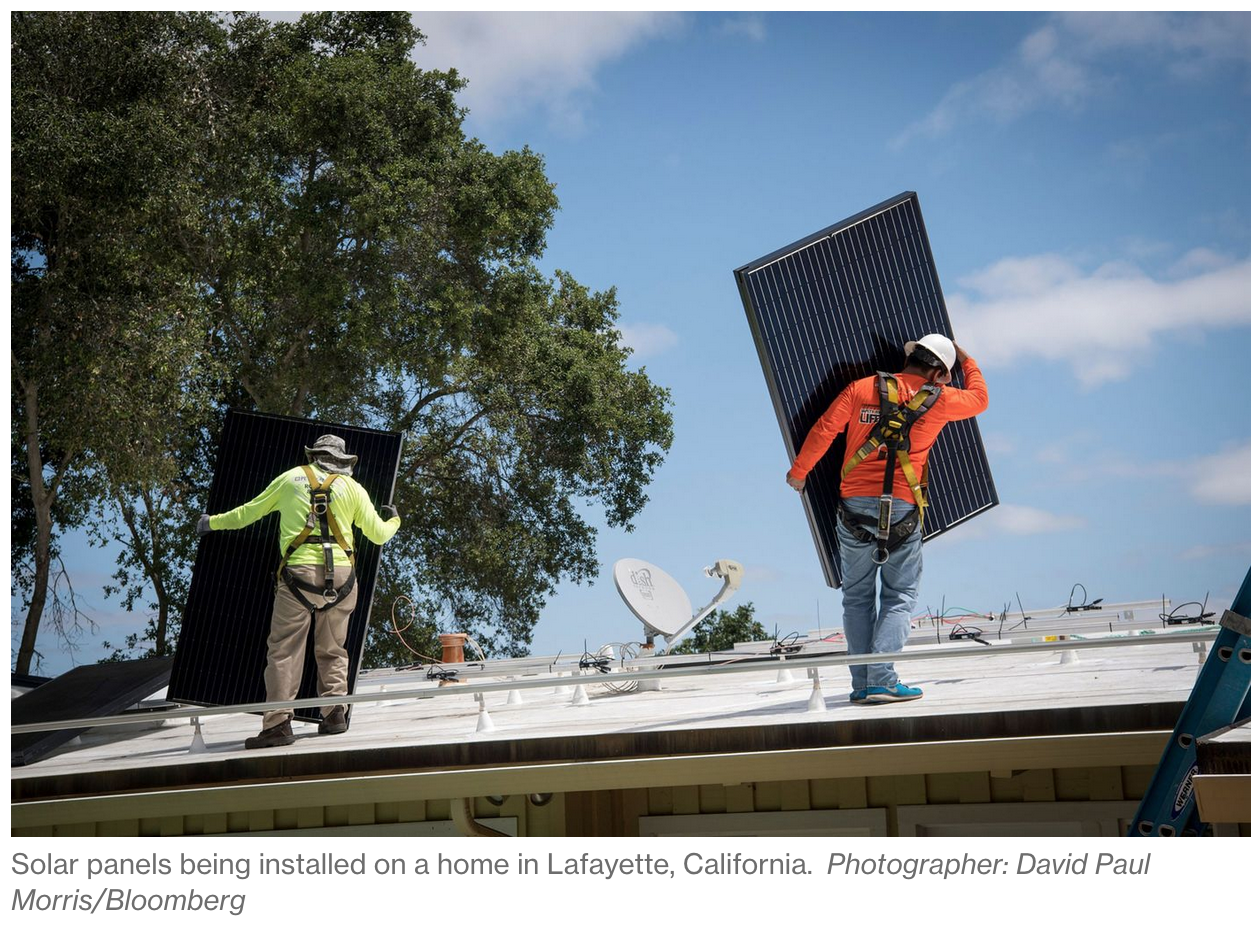 US households will install a record number of solar-power systems this year to help reduce electricity bills, according to a BloombergNEF analysis. Residential solar installations will increase by about 5.6 gigawatts in 2022, led by Florida, Texas, the Midwest and California. Households are expected to add three times more solar this year than commercial building owners, the researcher said.

Sweden’s Braathens Regional Airlines said it operated the first flight of a commercial aircraft powered entirely by sustainable fuel in June. Sustainable fuel is seen as the most realistic route to reducing carbon emissions in aviation as electric and hydrogen-powered planes remain years away. Fuel maker Neste Oyj said its alternative reduces life-cycle greenhouse gas emissions by as much as 80% compared with kerosene.

There Is Now Scientific Proof Your Cat Is Ignoring You (#GotBitcoin?)

My Cat Allergy Is Killing Me, But Cupcake Stays (#GotBitcoin?)

Meet The Scientists Bringing Extinct Species Back From The Dead (#GotBitcoin?)