A Gift to Morehouse Class of 2019: Your Student Loans Are Gone (#GotBitcoin)

Billionaire Robert F. Smith made announcement during his keynote speech at commencement. A Gift to Morehouse Class of 2019: Your Student Loans Are Gone (#GotBitcoin) 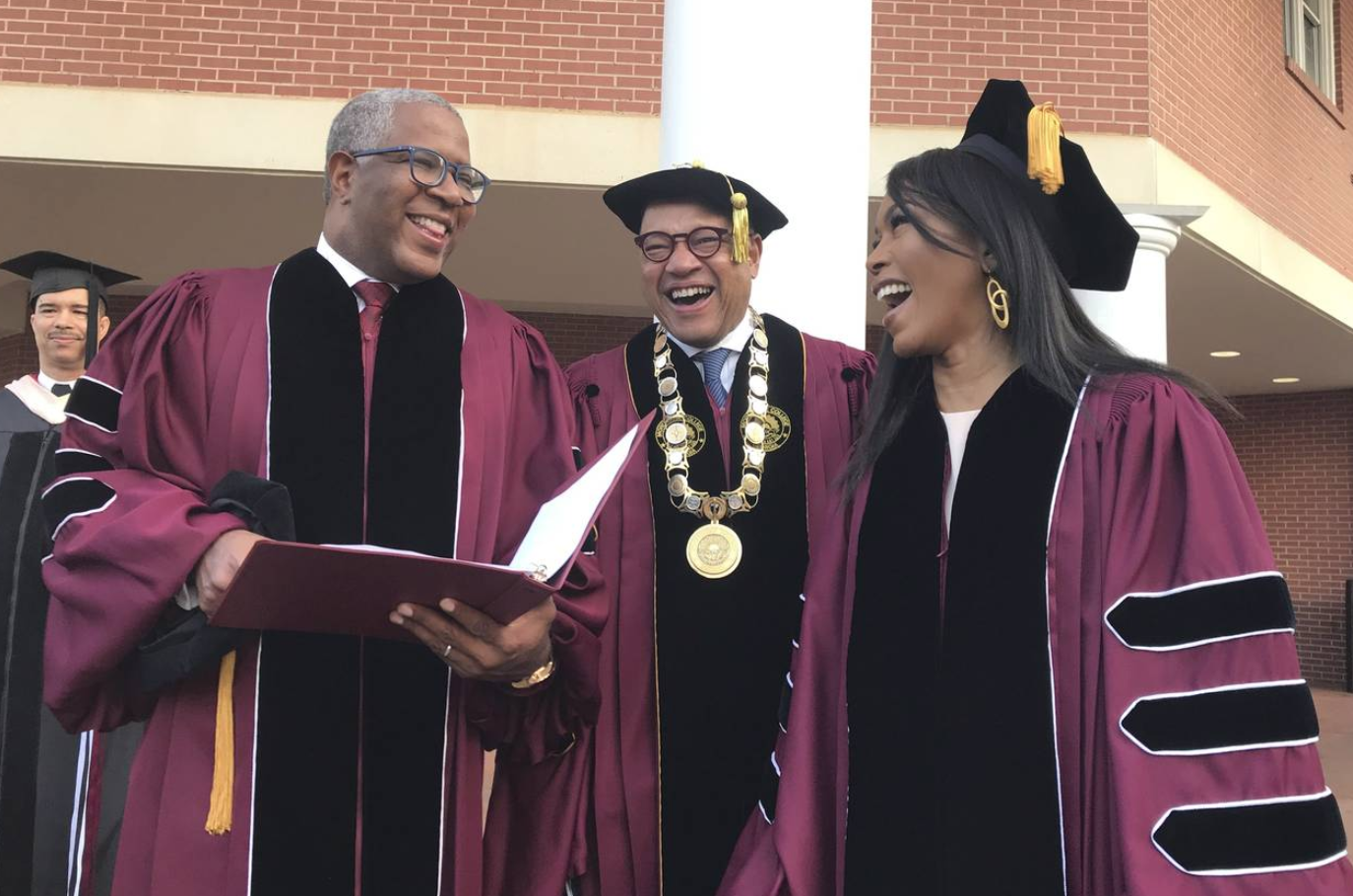 The keynote speaker for Morehouse College’s commencement ceremony on Sunday caused elation when he made a stunning announcement: The billionaire would pay off the college debt of every graduate in the class.

Over 60, And Crushed By Student Loan Debt (#GotBitcoin)

The college said the value of the gift from Robert F. Smith is about $40 million, though the exact figure is being negotiated, according to a Morehouse spokeswoman. That donation covers the student loans for about 400 graduates. Terrance Dixon, vice president of enrollment management, said the average Morehouse graduate leaves with about $35,000 to $40,000 in debt.

“My family is making a grant to eliminate their student loans,” Mr. Smith, the chief executive of Austin, Texas-based private-equity firm Vista Equity Partners, said at the commencement.

Morehouse President David A. Thomas, in an interview with the Journal, said he had no idea Mr. Smith would make the gift until the commencement. About 7,500 people attended the event at the historically black male college, according to the college.

“It’s a liberation gift,” said Mr. Thomas, adding that it was a challenge to other wealthy African-Americans to help historically black colleges and universities and other black institutions.

Students and parents were also stunned by the news.

He wasn’t sure he had heard Mr. Smith correctly at first. Everyone in his row was whispering, and students and parents were texting each other to confirm it, he said. When he finally got up to the stage to accept his degree, Mr. Swinton shook Mr. Smith’s hand and asked him directly if he meant he would pay all college loans.

“He told me, ‘Go out into the world and do things. Don’t worry about your debts,’” Mr. Swinton said.

Mr. Swinton, who said he has a substantial amount of debt, though he would not say the amount, is a first-generation college graduate raised by a single mother. He called Mr. Smith’s gift “a tremendous blessing.”

Carney Burns, 52, of New Rochelle, N.Y., was thrilled to hear that Mr. Smith would pay for his son John’s college debt of $35,000. The father of five said that finding money for all of them to go to college was “a faith journey.”

“I didn’t believe it. I kept asking people for reassurance that he just said what he said,” Mr. Burns recalled. “A Morehouse education, you can’t put a price on it, but the bills are real.” 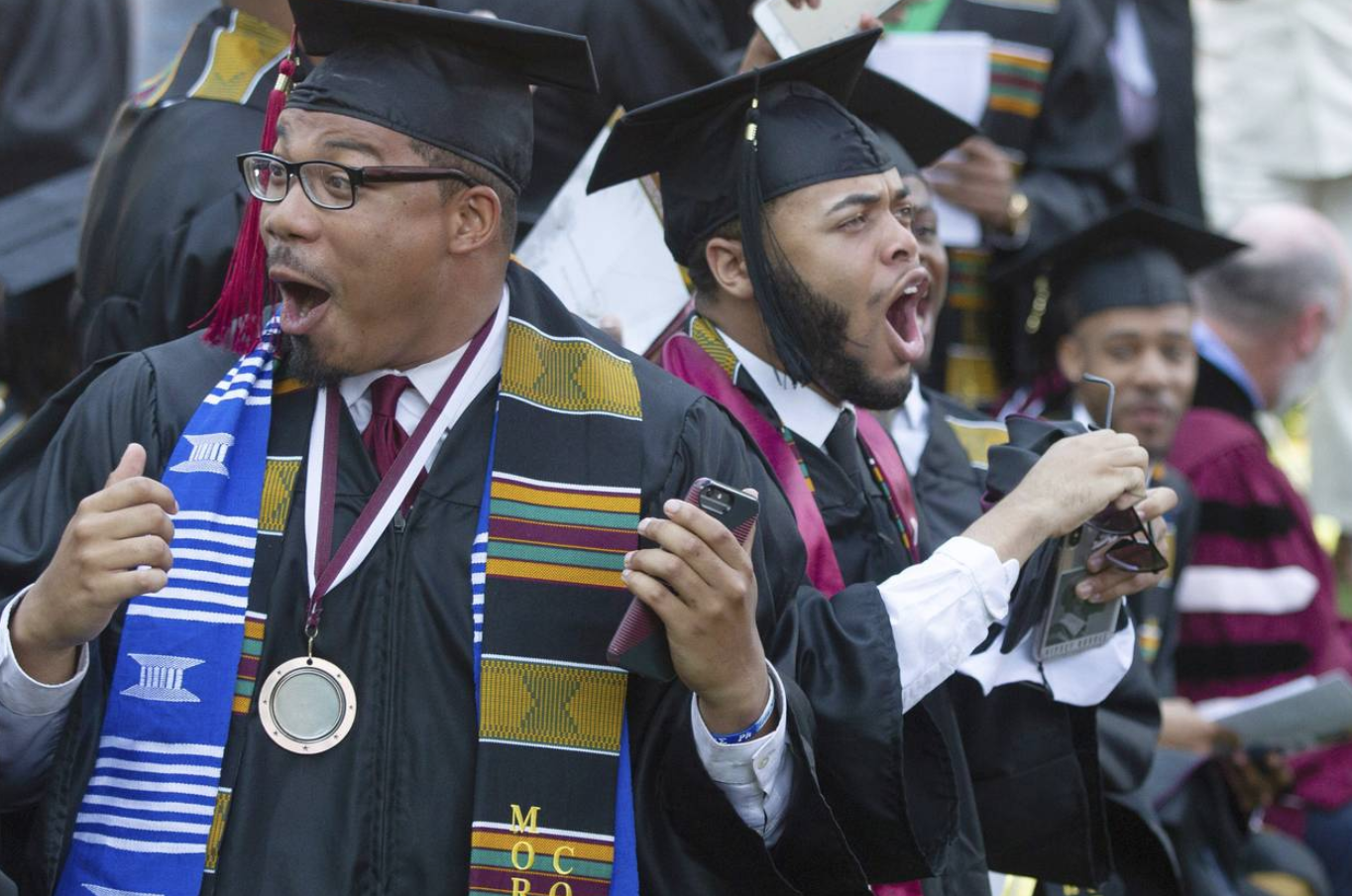 Morehouse College’s Class Of 2019 Graduates React After Hearing Mr. Smith, A Billionaire, Say During Their Commencement Ceremony In Atlanta On Sunday That His Family Will Provide A Grant To Wipe Out Their Student Debt.

He donated $20 million in 2016 to the National Museum of African-American History and Culture in Washington, D.C., one of the largest donations to the museum by an individual. In 2018, he gave $2.5 million to the Prostate Cancer Foundation to focus on research and care for African-American men and veterans with prostate cancer.

Mr. Smith also is founding director and president of the Fund II Foundation, an organization aimed at promoting human rights and preserving the “historical culture of the African-American experience,” among other initiatives.

In 2016, Mr. Smith and his foundation gave $50 million to Cornell University’s College of Engineering to support African-American and female engineers within the school’s chemical and biomolecular engineering programs.

The Morehouse Student Loan Gift, Through the Eyes of Previous Grads

The news took the internet by storm: Billionaire Robert F. Smith promised during a commencement address at Morehouse College in May to wipe out the student loans of the school’s graduating class, a gift estimated at $40 million.

The first year out of Morehouse for last year’s graduating class shows what kind of impact the gift may have. Student-loan debt has prompted some alumni to delay graduate school or move back home to save money.

Javon Phillips, a 2018 Morehouse graduate, said he accumulated between $30,000 and $35,000 in federal student loans while attending the all-male historically black college in Atlanta.

Mr. Phillips, 25 years old, transferred to Morehouse from a community college in the Bay Area, where he grew up. He returned to San Francisco to work as a project manager for a nonprofit that mentors young people and is living with his parents to cut back on costs.

“I knew my education wasn’t going to be cheap,” Mr. Phillips said. “It was more so asking myself if my reward [was] going to be worth the journey. I know for a fact it was.”

The school says it is working through the details of the payouts from Mr. Smith’s gift and doesn’t yet have firm timing on when the process will wrap up.

“As soon as we have a final figure, we will share it with our new graduates so that they can continue on the path to careers and top-tier graduate schools student-loan-debt free,” said Aileen Dodd, a spokeswoman for Morehouse.

A spokeswoman for Mr. Smith didn’t respond to a request for comment.

Students at HBCUs have disproportionately higher loan debt than students at other schools, a Wall Street Journal analysis of 2017 Education Department data found.

HBCU alumni have a median federal loan debt of about $29,000 by the time they graduate, an amount that is 32% greater than the debt of graduates of other public and nonprofit four-year schools, according to the analysis.

Je’lon Alexander, a 2018 Morehouse graduate, said that while Mr. Smith’s gift to the class of 2019 is something that should be celebrated, it is not the solution.

“These grads won’t have to worry or deal with the frustration of paying back student loans,” said Mr. Alexander, 22. “But we need to have a bigger conversation about how we can end the student-loan debt crisis in America.”

HBCU graduates in particular are dealing with more loans because the schools, while academically competitive, don’t have the large endowments that many elite private institutions have, said Judith Scott-Clayton, an associate professor at Teachers College, Columbia University. While the schools are able to tap into their endowments and provide generous financial aid to low-income students, many HBCUs are able to cover only part of the total attendance cost.

Malakai Miller, who earned his biology degree from Morehouse in 2018, is the first person in his family to graduate from college. He received both academic and marching band scholarships from the school, as well as a Pell Grant, a federal award for low-income families. It wasn’t, however, enough to meet the total cost of attendance.

Mr. Miller, 22, first learned of Mr. Smith’s gift when he received a text message in a group chat he shares with his friends and said he was so taken aback that he wasn’t sure if the gift was real.

Mr. Miller is now working full time as a chemical technician in his native Richmond, Va., while taking post-baccalaureate classes at nearby Virginia Commonwealth University to prepare for medical school.

Had he graduated without student loans, Mr. Miller said he probably would have focused solely on his medical school preparatory classes rather than taking them while also working full time.

Most graduates with bachelor’s degrees who immediately enter a graduate program aren’t saddled with the burden of paying off debt right away. Harold Terrell, 23, graduated from Morehouse in 2018 with between $35,000 and $40,000 in student loans.

Mr. Terrell is enrolled in a master’s program for public policy at Clark Atlanta University. He hopes his graduate degree will help lead to a job that allows him to pay off his debt more quickly—once repayment kicks in.

Black students are entering graduate schools at higher rates than their white peers, Dr. Scott-Clayton said. While nearly half of black graduates from the class of 2008 enrolled in a graduate -degree program within four years, only 38% of white graduates did, according to a 2016 report Dr. Scott-Clayton co-wrote for the Brookings Institution, a Washington, D.C.-based think tank.

Jalen Parker, 22, was originally part of the class of 2018, but experienced health issues his senior year that required him to take time away. He re-enrolled this spring, landing a place in the class of 2019. Overnight, his difficult situation took what he called an “exhilarating” turn.

Mr. Parker said he was still processing the magnitude of Mr. Smith’s gift.

“I felt I was extremely unprepared to pay student loans after graduation,” he said.

An Idiot’s Guide To Bribing And Cheating Your Way Into College (#GotBitcoin?)

Is Elite College Worth It? Maybe Not (#GotBitcoin?)